Diamond is a one-year, 11-month-old altered female American Staffordshire-mix that came to the Palmdale Care Center as a stray, was adopted and returned due to too much barking. She is a friendly dog, easy to handle and allows handling. She wags her tail when she sees people and loves to get their attention. During her play yard time, Diamond has shown a gentle and dainty play style and she was social around other dogs. She is easy to leash and place back in her kennel. As she was being taken out for play, she was standing at the gate with soft eyes, natural ears and neutral tail wag as the runner approached. The runner opened the gate and presented the loop leash. She was relaxed with soft eyes and walked into the leash. She walked well on leash initially, but then pulled very hard once she exited the building. She entered the yard with soft eyes and relaxed body. She walked up to the fence and started to tap her feet and play-bow at a male Pitbull. She entered the yard and walked up to a male Pitbull. She was relaxed with soft eyes as they sniffed each other. Diamond started to tap her feet and pounce in front of the Pitbull. She began zoomies around him and briefly chased with him. She then walked up to a handler with soft eyes and wiggly body to solicit affection. She walked up to a female Shepherd and began to entice play by play bowing and pouncing in front of her.

Play did not erupt at this time. Diamond is available to a home with middle school-aged children. Diamond could benefit from a dog behavior training to help her redirect her energy and teach her how to use her vocals sparingly.

To meet Diamond, use the link and follow the instructions on how to self-schedule a visit at the center: https://linktr.ee/; https://animalcare.lacounty.gov/all-visits-to-the-animal-care-center-are-by-appointment-only/

Delilah is an eight-month-old tan, altered female German Shepherd-mix that came to the Palmdale Animal Care Center as a stray. She was not micro-chipped. Delilah is friendly and has shown her sweet side while being examined by our clinic staff. She has displayed a push-and-pull play style, is social with other dogs and non-reactive being around them. She is easy to leash and easy to put back in her kennel. During her play yard time, Delilah was standing at the gate with soft eyes, wiggly body and neutral tail wag as the runner approached. The runner opened the gate and presented the loop leash. Her handler was able to place it over her head easily. She was reluctant to exit her kennel and required coaxing to exit. She was timid as she walked by other dogs and would create space from them with a tense body and concerned eyes. She entered the catch pen and continued to be playful and lightly jump on the runner. She was relaxed with soft eyes as he placed the collar and leash around her neck. She ran into the play yard and went straight up to a male Husky. She started to play-bow and jump in front of him, trying to initiate play. He declined the invitation. She walked up to all of the dogs with a wiggly body and soft eyes as she greeted them nose-to-nose. She walked back up to the Husky and tried to initiate play once again by play-bowing. The two began chasing around the yard. She liked to be chased and once he caught up to her, she would roll onto her back, exposing her belly submissively.

Delilah is still young and could benefit if sent to a dog behavior training to help her redirect her energy and know her limitations. She will require further socialization. Delilah is ready to go to a home with middle school-aged children and is OK to be in a home with large dogs. To meet Delilah, use the link and follow the instructions on how to self-schedule a visit at the center: https://linktr.ee/; https://animalcare.lacounty.gov/all-visits-to-the-animal-care-center-are-by-appointment-only/ 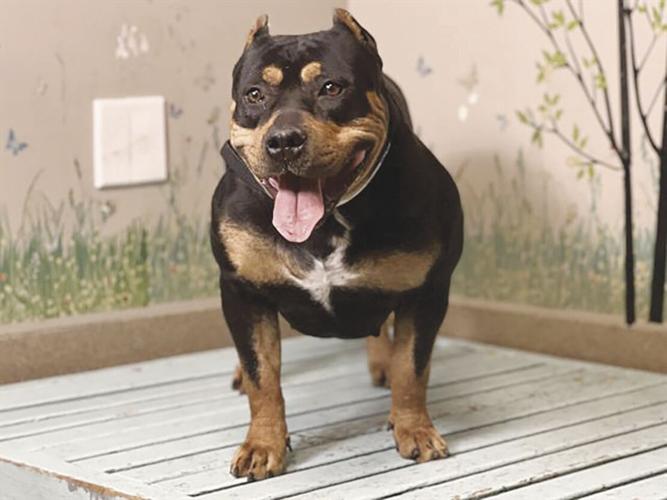 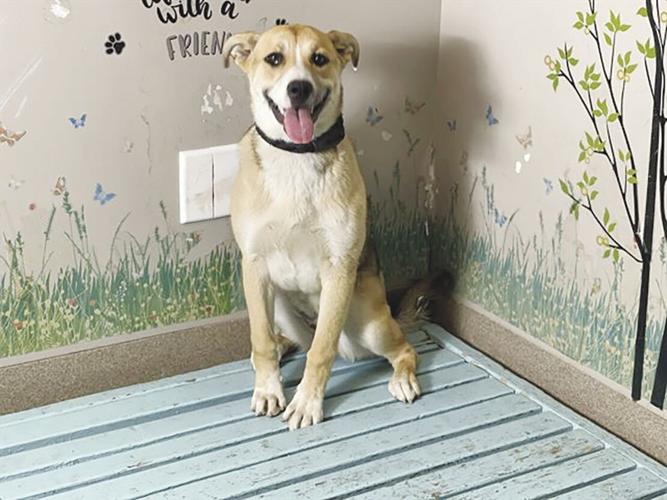