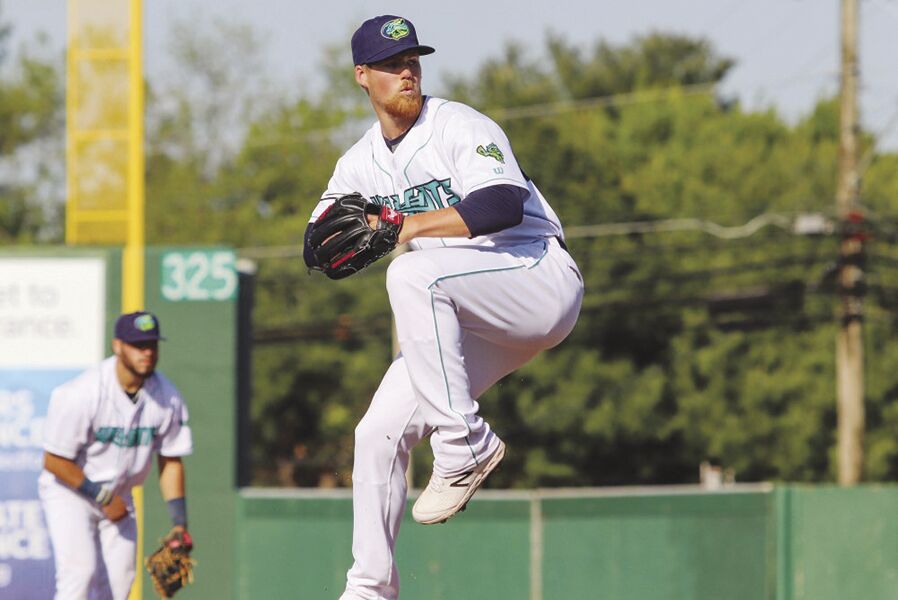 HANGING IN —Quartz Hill graduate Jonathan Teaney pitches for the Lynchburg Hellcats in a Carolina League 2019 season game. The Minor League Baseball season was canceled because of the Coronavirus, but Teaney is still working out to stay fit. 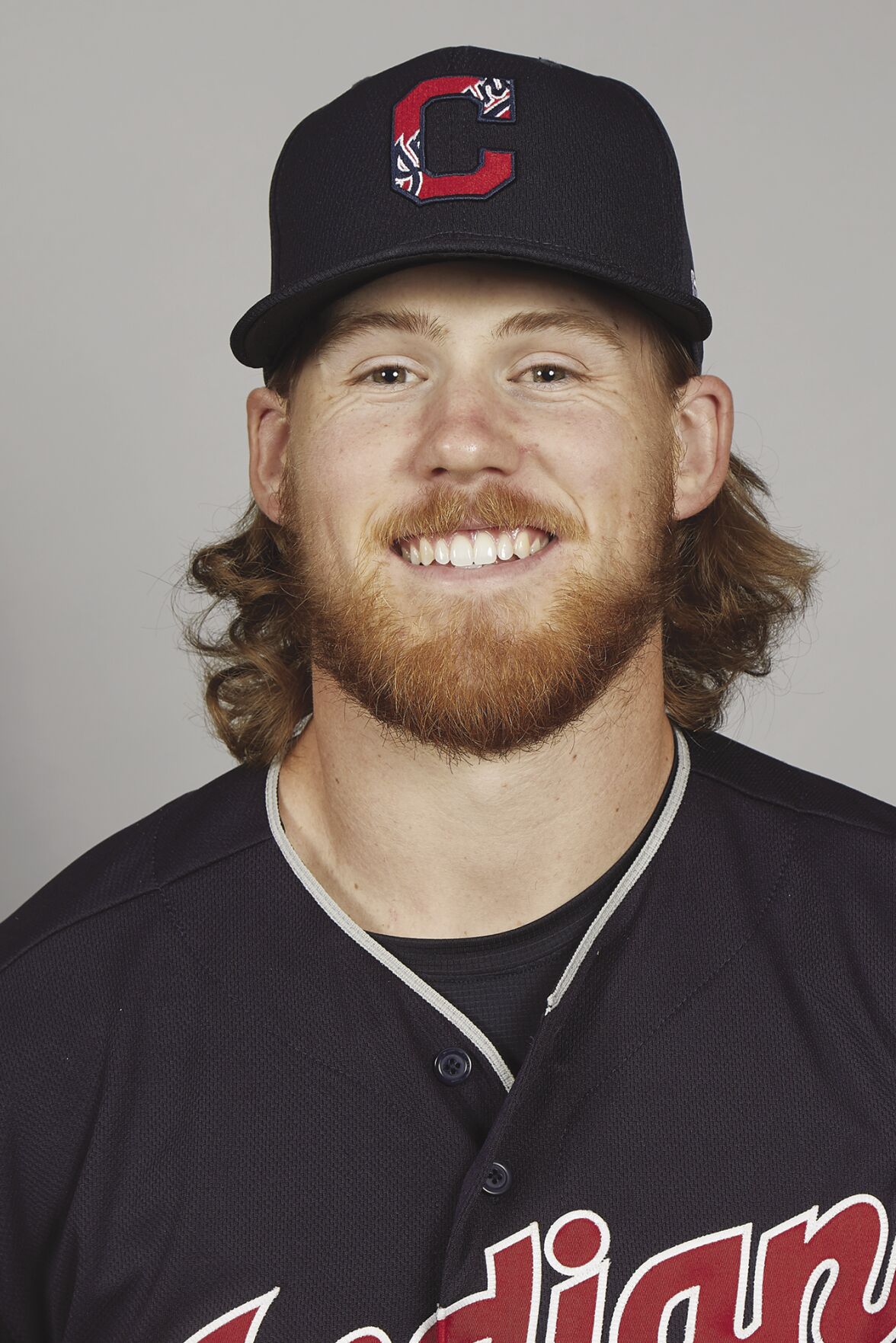 NEXT YEAR —Quartz Hill graduate Jonathan Teaney plays for the Lynchburg Hellcats in a Carolina League. The Minor League Baseball season was canceled because of the Coronavirus, but Teaney is still working out to stay fit.

HANGING IN —Quartz Hill graduate Jonathan Teaney pitches for the Lynchburg Hellcats in a Carolina League 2019 season game. The Minor League Baseball season was canceled because of the Coronavirus, but Teaney is still working out to stay fit.

NEXT YEAR —Quartz Hill graduate Jonathan Teaney plays for the Lynchburg Hellcats in a Carolina League. The Minor League Baseball season was canceled because of the Coronavirus, but Teaney is still working out to stay fit.

The start of Spring Training this year was a good one for Quartz Hill grad Jonathan Teaney.

After his first invitation to the Arizona Fall League, the Cleveland Indians prospect was ready for a promising season.

The fact that one of his best friends from childhood and high school, Ty Boyles, was also now with the organization after seven seasons in the Cincinnati Reds’ minor league system was a plus.

“My pitching coordinator called me and said, ‘Hey, what do you know about a kid named Ty Boyles?’” said Teaney, who is a right-handed relief pitcher. “I was like, ‘I’ve played with Ty since I was 7 years old. He’s one of my best friends.’ They wound up signing him, which was awesome.”

The two didn’t get much time together before the Coronavirus shut down the sporting world in March, but they had fun while it lasted.

After the virus canceled the Minor League Baseball season, Boyles was one of several minor leaguers cut from their teams in late May, early June.

“It was unfortunate,” Teaney said.

For the past seven months or so, Teaney, back at home, has been playing six days a week at Lane Park, throwing two bullpens at The Lot in Quartz Hill and working out at fellow professional baseball player Michael Tonkin’s home gym.

“I’m able to stay in shape and do my workouts. I’ve still been working. … I sit on the couch a lot, but I try to get my work in at the same time,” Teaney said.

Teaney has also been getting a lot of family time in, especially in the summer, which is rare.

“Even during college I went to go play summer ball,” Teaney said. “This is the first time I can actually try to get a little tan in the summer since high school. Even in high school, I was playing baseball tournaments every single weekend.

“It’s not a great situation to be in, but there’s also some great things that come from this situation — getting to hang out with the family, getting to catch up with some friends that I don’t get to see for six months out of the year. I’m trying to make the most of it.”

So far, Teaney is pleased with how his career has progressed for the past few years with the Indians.

The 24-year-old was drafted out of the University of San Diego in the 20th round of the 2017 MLB Draft. He said he had a “really good start” to his professional career in short-season A-ball. He had an earned-run average of 2.08 and a 2-1 record with five saves, 13 walks and 51 strikeouts in 30.1 innings.

But, when he got to full season A-ball he struggled for the first month and a half. He ended with a 5.94 ERA, 76 strikeouts and 42 walks in 53 innings.

“I just could not throw a strike,” Teaney recalled. “But then, me and my pitching coach, we worked really hard on my mechanics and kind of the mental side of the game, too. I wound up pitching really well for the rest of the season.”

While getting through the rough patch was hard, Teaney has a different perspective on it now.

“I had to deal with a little adversity,” he said. “I’ve been there before now, so I know how to get out of it. Because it will happen again sometime. We all go through our struggles. It’s good that I have an understanding of how to (do that). I’m kind of happy it happened. I learned a lot from it.”

Last season with the High-A Lynchburg Hellcats, Teaney had a better season, finishing with a 2.77 ERA, 35 walks and 53 strikeouts in 55.1 innings.

He was invited to the Arizona Fall League for his efforts last season.

“The Fall League was awesome,” Teaney said. “You’re playing against a lot of the top talent. You learn a lot just from your teammates because you pick each other’s brains. Someone might throw a really good slider and you want to develop a slider and they might want to figure out how I hold my curve or something like that. I learned a lot, made friendships and had a lot of fun.”

Teaney has enjoyed being in the Indians’ organization and is hoping there will be an opportunity to play and move up to Double-A next season.

“They are a first-class organization,” he said. “They’ve taken care of me extremely well. Every offseason they always offer some camps that they hold at the spring training facilities — performance camp or strength camp. I go to everything I can. … I take every advantage, every opportunity that they offer. I want to get better in the offseason.

“They take really good care of their players. I’m blessed to be in this organization.”