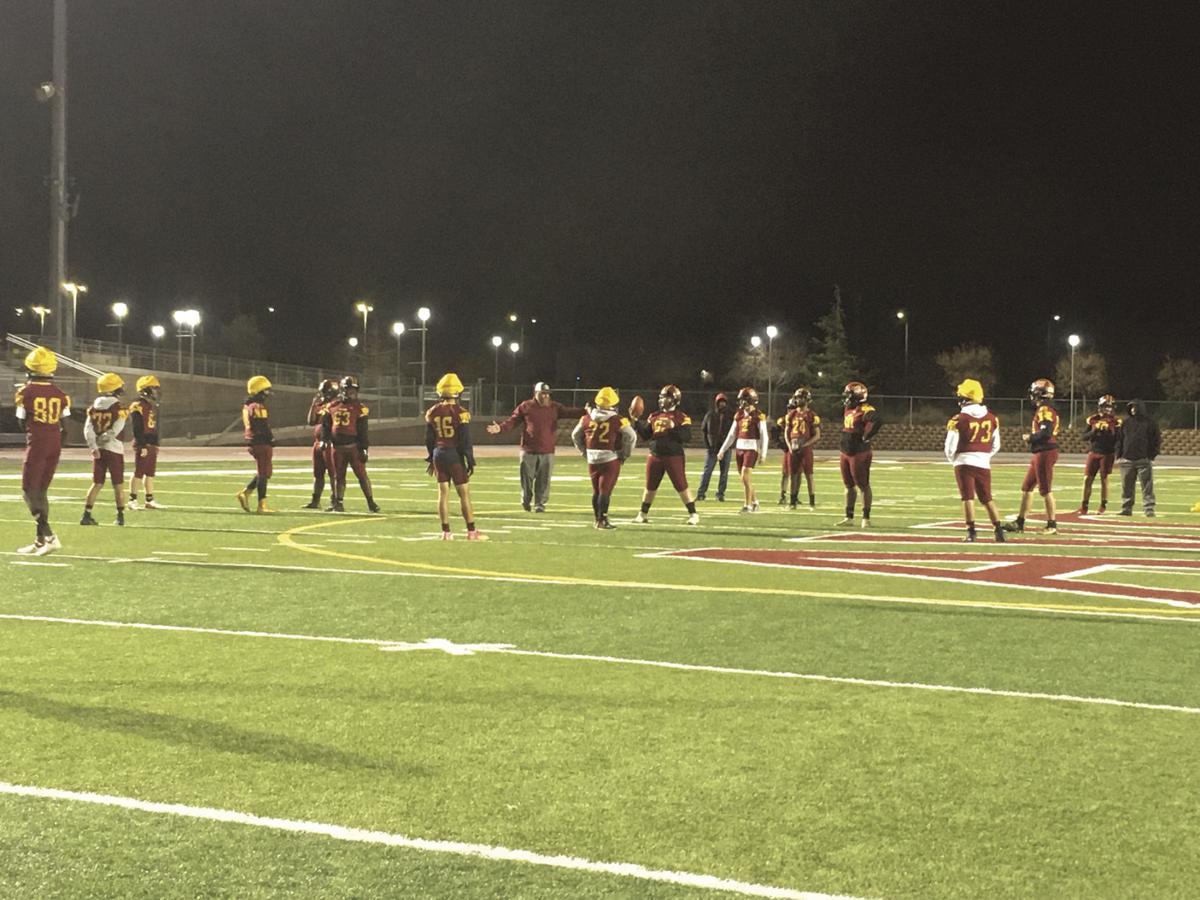 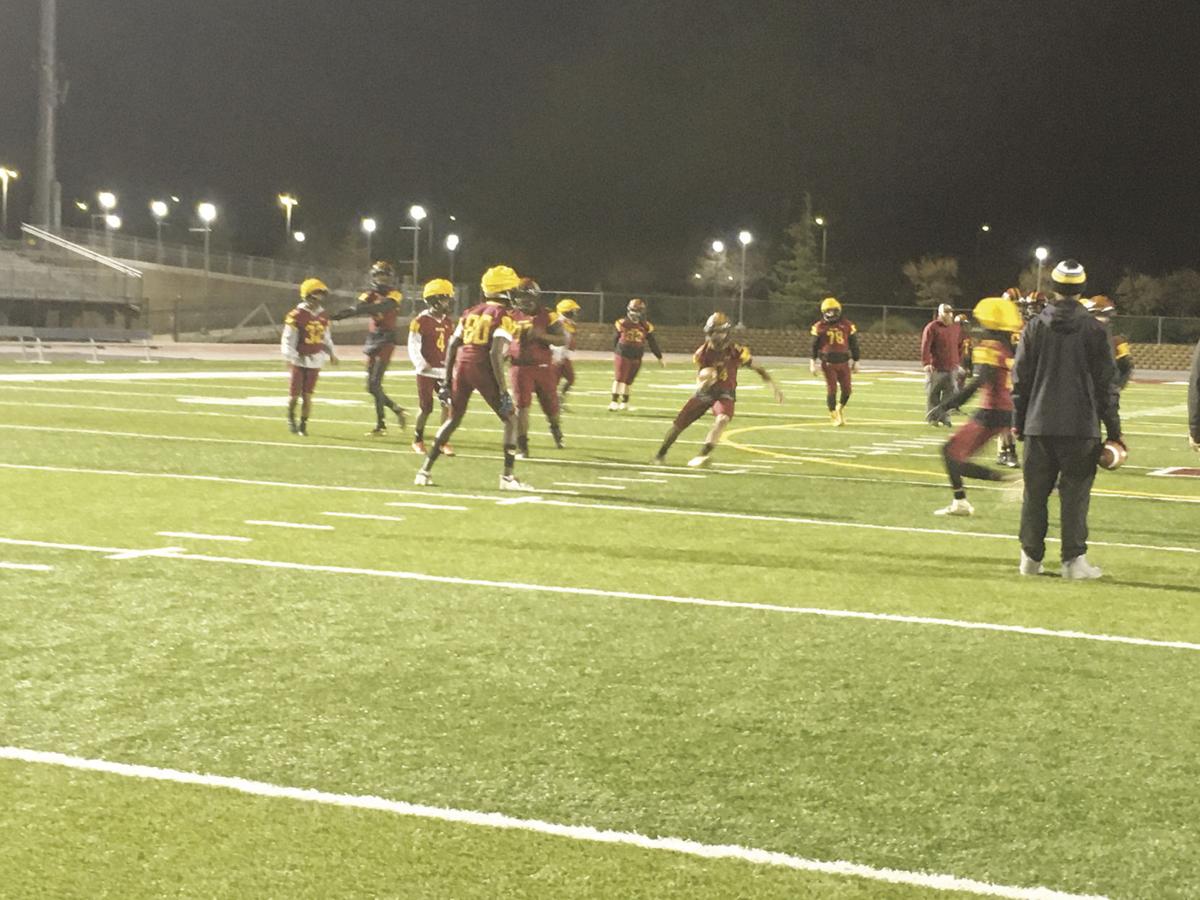 PALMDALE — The Highland football team had one focus the entire season — get back to a CIF championship game and win it.

After falling to Eisenhower in the CIF-Southern Section Division 10 finals — their first trip to a championship game — last season, the Bulldogs were hungry to finish the task this year.

They moved up to Division 9 and cruised through the playoffs before defeating North Torrance 24-12 in the championship game last Saturday.

Now the team will play Selma, from the Central Section, in a CIF State Division 4-AA Southern Regional bowl game tonight at AVC at 7:30 p.m.

“Winning the championship, it was amazing, it felt good, first time in school history,” Highland senior Darius Wilson said. “But, I feel like us on the team, we want to make this impossible, because a lot people on the team are seniors. We really wanted to win, because we already made a promise to the seniors from last year to just finish it.”

The switch to the college field was necessary after the Bulldogs left everything on their muddy field last Saturday.

Everything about that game pointed in Highland’s favor. North was used to playing on a turf field, while Highland played the majority of their games on grass. The weather was a key factor, as well. The two teams played in rain, sleet and snow two days after a snow storm blanketed the Antelope Valley.

“They got off the bus and some of them had never even seen snow,” Highland coach Richard Lear said. “They had a snowball fight right away. I was like, ‘See, they’re not focused.’”

“I’m thankful for the community — they came out and helped us shovel the field and everything,” said Highland senior Daniel Brown.

All of the Highland players said they enjoyed playing in the wet and muddy conditions.

“It was amazing,” Wilson said. “That entire week that we had to practice was amazing. It kind of put us through all the elements that the winter and the fall would hit us with.”

Added senior Damarius Jamison: “It was definitely fun. I liked it a lot. It was a muddy game, slipping and sliding. It was cool.”

Brown burst through the line of scrimmage for a 37-yard score to put the Bulldogs up 6-0 in the first quarter in a game where finding your footing was difficult.

“I burst out thanks to the linemen,” Brown said. “I came out of the hole and everything was empty. I haven’t scored a lot this season, but to score that touchdown in a big-time game, it meant a lot. It’s a memory.”

Brown also had eight tackles on the night, two solo and six assists. He leads the team with 132 total tackles — 61 solo.

Later in the first quarter, Wilson had a scoop and score of 38 yards after North freshman quarterback Trevor Lagarde had the ball slip out of his hand for a fumble.

“It was just like a right place, right time type of thing,” Wilson said. “I was already focused on getting past my own blocker and when I saw him hop up, I kind of knew I had to book it onto him, but I didn’t expect the ball to be right there. When I got it, I just did what I naturally would do. It’s kind of like second nature. … It was a pretty good play. It kind of set the tone for the rest of the game.”

In North’s next possession, the ball was fumbled again and scooped up by Jamal Jones for a 27-yard score.

“Both defensive scores were very important,” Wilson said. “I want to give props to Jamal for that, because he was heads up on that play. Most teams expect the ball to be dead after that, but our coach already taught us, if the ref doesn’t say anything, just go for it, just run.”

In a game where passing wasn’t a likely option, considering the slippery conditions, Highland quarterback Damien Pecoraro completed 2 of 4 passes, one for a touchdown to Jamison.

Jamison stretched out his 6-foot-6 frame and one-handed the catch in the end zone for a 12-yard touchdown.

“I was just like, ‘I hope I don’t drop this,’” Jamison said. “I knew I had to make a big play in the game, because I knew we were rushing and we weren’t going to get a lot of passes. So, I knew that was my time to shine.”

Jamison hadn’t played football since his freshman year, but he was determined to play with his friends in his senior year.

“These have been my friends forever,” Jamison said. “I just didn’t really have the love for the game like that. But these have always been my boys, so I told them I was going to come back my senior year and definitely ball out for them.”

Jamison, who is also a safety, said his success this season is all thanks to the coaching staff.

Everything came together for the Bulldogs on defense and offense in the game and they did just enough to secure the win.

After achieving that goal, the Bulldogs were ecstatic. Getting back to work for this week’s game was hard at the beginning.

“It’s just trying to get down and get focused,” Brown said. “It’s hard to focus. They’re excited still.”

Lear said they let the team celebrate on Monday, handing out championship shirts and patches. Then, Tuesday it was back to work.

“I’m not going to lie, we did have two bad days of practice just trying to get back in,” Jamison said. “We made school history, so we were pretty hyped about it.”

Despite the distraction of accomplishing their main goal of the season, Jamison feels like the Bulldogs are ready for the chance at a state title.

“I feel great,” Jamison said. “Honestly, we feel like we can go all the way, that we can definitely win state in this division that we’re in now, Division 4-AA. We definitely feel confident.”

Selma, the champions of CIF-Central Section Division 4, has a solid defensive team and also runs the ball well, like North last week.

“They’re a well-coached team,” Lear said. “You can tell on film, they’re disciplined, they’re hard-working. They’re interior line, offensive and defensively, we think is their strengths. They’ve got some good cohesiveness, they work well together and they’re going to cause us some problems up front.

“So we’ve got to be on point and make sure that those big bodies can’t get moving on us on defense. … Once again, we’re going to be focused on stopping the run and hopefully force them the throw. I think that’s when the game kind of turns in our favor.”

Selma has played all of its games on the road as its home turf field is being erected.

“Our advantage is, we take a 10-minute bus ride, they take a three-hour bus ride,” Lear said.

The thing that helped the Bulldogs the most was the team effort last week, which is something they will need again this week.

It’s another championship game for the southern title, and they’ll play for the state title if they win tonight.

“This is another championship game,” Wilson said. “We’ve got to be prepared. Everybody needs to be on the top of their (game) as soon as we walk into the locker room. Because after that, it’s nothing but business-like mentality.”