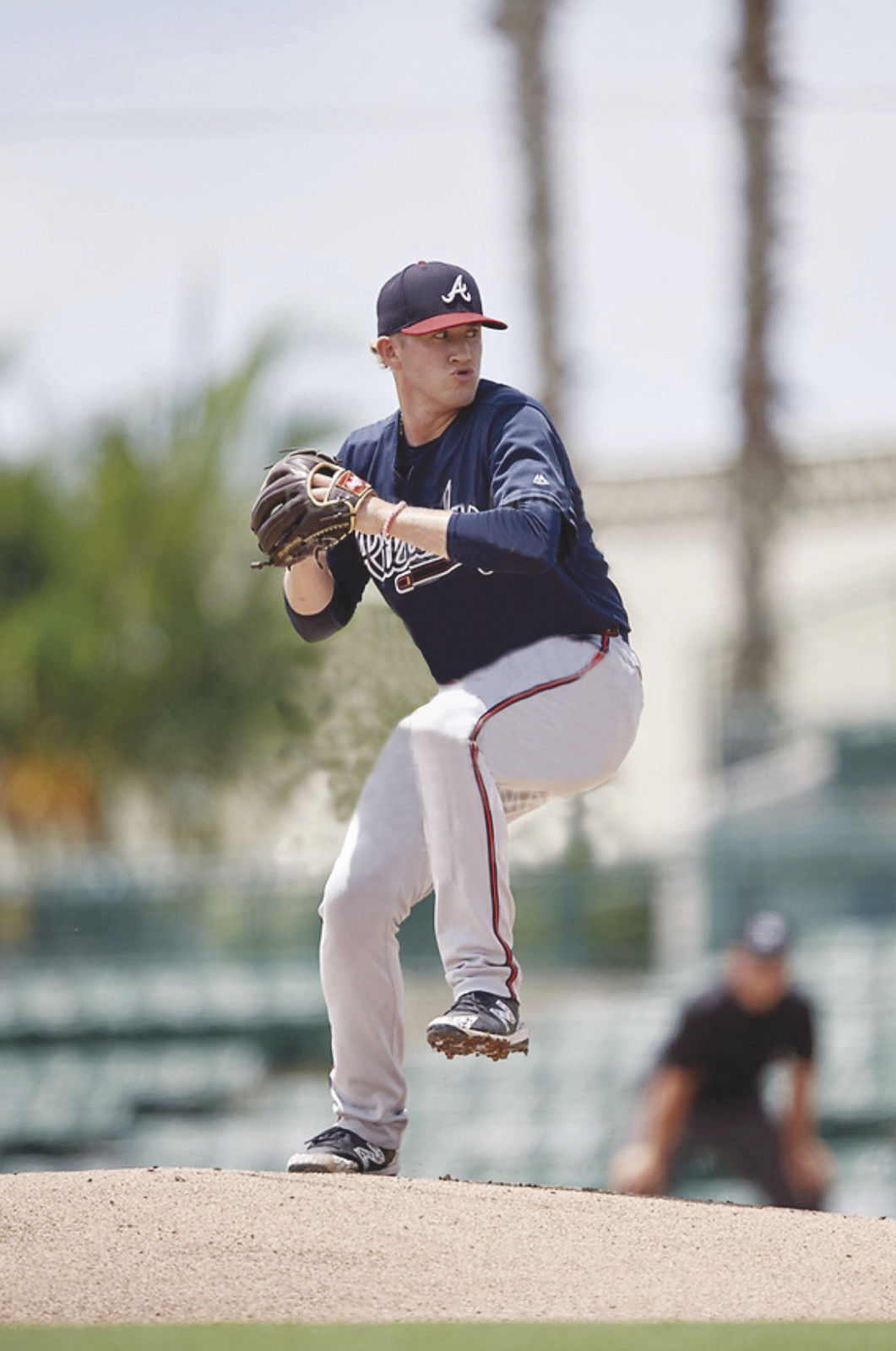 GAME FACE —Paraclete grad Joey Estes pitches during a game for the Gold Coast League Braves in rookie ball last summer. Estes was drafted by the Atlanta Braves in the 16th round last year and had his first spring training interrupted by the Coronavirus. 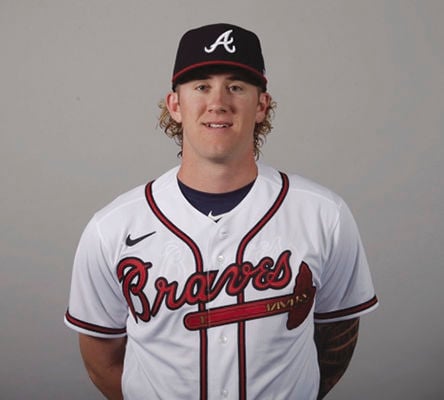 GAME FACE —Paraclete grad Joey Estes pitches during a game for the Gold Coast League Braves in rookie ball last summer. Estes was drafted by the Atlanta Braves in the 16th round last year and had his first spring training interrupted by the Coronavirus.

Editor’s Note: The Valley Press is catching up with some of our local Minor League Baseball players who have been affected by the cancellation of their seasons due to Coronavirus. Each story will focus on one player. This is the first installment in the series.

Paraclete graduate Joey Estes was all set for his first spring training this season.

The right-handed pitcher said goodbye to his girlfriend of nearly five years for the second time in less than a year and was off to Florida to practice with the Atlanta Braves.

Estes got to experience just three weeks of spring training before the Coronavirus shut down sports and, eventually, the world.

Despite the short time in his first spring experience, Estes connected with two Braves players. He said he got pretty close to pitcher Max Fried and Touki Toussaint was very welcoming.

“Touki is a great guy, he gave me his number,” Estes said.

He has tried to keep up with them throughout quarantine.

Before making it to spring training, or being drafted last season by the Braves in the 16th round, Estes connected with a former Major League Baseball player — Troy Tulowitzki.

Before being drafted, Estes was committed to Long Beach State to play for coach Troy Buckley.

But in April 2019, Buckley was fired and everything became complicated at Long Beach State.

“After everything happened with Troy Buckley, our head coach, when he got fired they didn’t talk to all of the recruits for like a solid three or four months,” Estes said. “Long Beach had 12 recruits and there were guys de-committing because no one was talking to them. It was just a big mess.”

That’s when Tulowitzki, a Long Beach State alum, stepped in to try to retain the then nine recruits, making calls to all of them.

“He was like, ‘Hey, is there anything I can do to keep you at Long Beach? Long Beach is a great home,’” Estes recalled. “I literally asked him, ‘Is this a prank call?’ He started laughing at me and said, ‘No, this isn’t a prank call, I promise.’ He said, ‘That’s the first time I ever got that one.’”

Estes said he still keeps in touch with Tulowitzki — who ended up becoming an assistant coach at the University of Texas — even though he didn’t attend Long Beach State.

Keeping those connections has helped Estes through these months without baseball.

When he first returned home, he wasn’t having any fun. He had to leave his first spring training and had to be quarantined from his girlfriend for two weeks until he could see her again.

“She has grandparents around, which I understand,” Estes said. “It kind of sucked. I came home, I had baseball taken away from me, I had my girlfriend taken away from me, all places were shut down. What do I do? Just sit in my room and play video games and do chores? It’s not fun. It was pretty crappy for the first month of quarantine, basically.”

Realizing the Minor League Baseball season wasn’t going to happen was also a downer. He said he realized it after about a month of being away.

Major League Baseball made it official on Monday, canceling all minor league seasons.

“I think it’s good, to be honest,” Estes said now that the official announcement was made.

After that, he said he might apply for unemployment once he stops receiving his small paycheck.

He joined a new talent agency that helped him invest the majority of his $500,000 signing bonus, which has already grown. So, he’s doing OK on money for the future.

“All of us are going to be there at some point,” Estes said. “Even if you make it to the big leagues, eventually you’re going to get cut when you get older.”

Estes has been working out with a fellow Braves prospect, Makhi Backstrom, who graduated from Junipero Serra High School in Gardena. The two have been working out in a facility in Los Angeles a few times a week. Estes is moving to L.A. for the rest of the summer to work out with Backstrom.

“I’m going to go down there, live in a house with him and it’s like the next block away, it’s probably like one minute away from the workout area we work out at,” Estes said. “We’re just going to get after it over there.”

He’s not sure where he’ll be after the summer, but he’ll no doubt be continuing to work on his craft to be ready for, hopefully, a Minor League season next year.