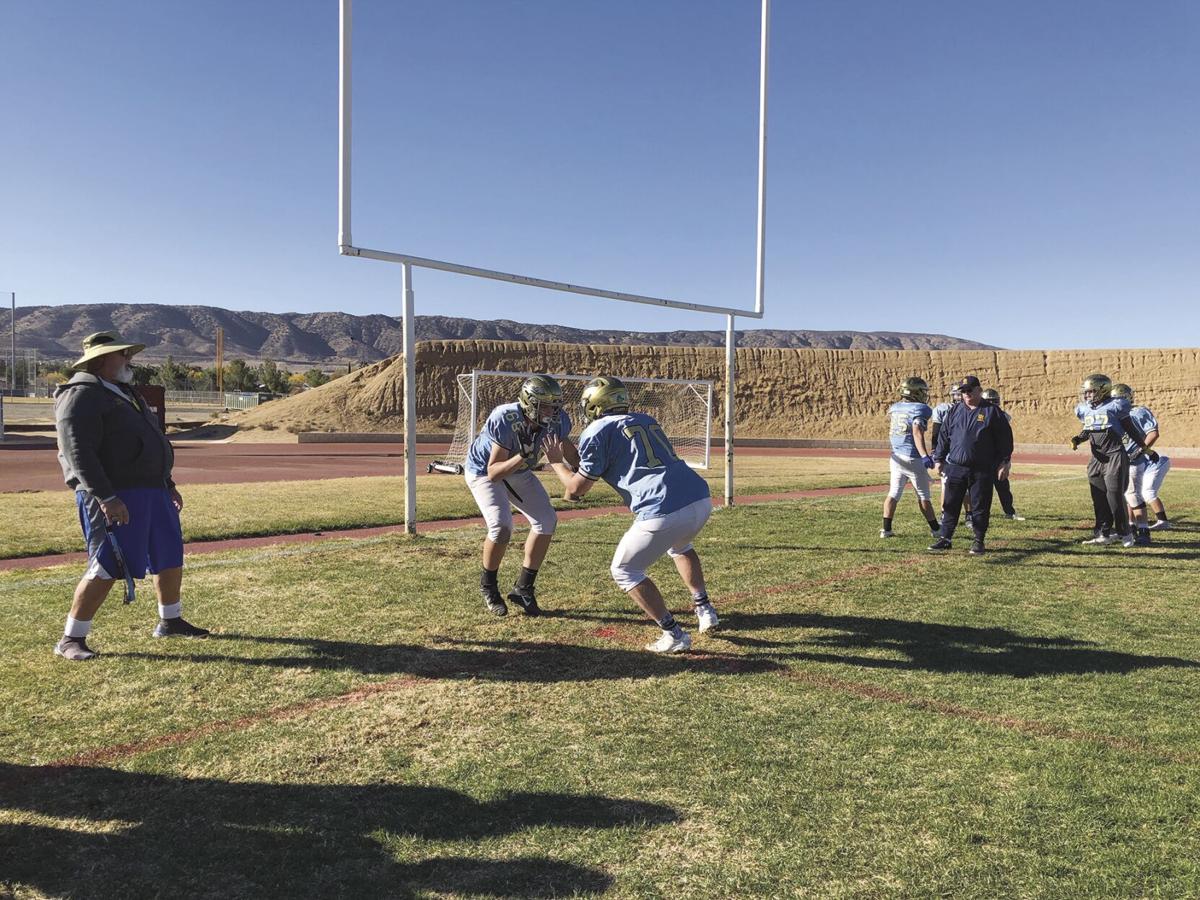 Linemen from the Quartz Hill football team go through drills during a practice on Thursday morning at Quartz Hill High School. The Royals will play at Compton on Saturday night in the CIF-Southern Section Division 12 championship game. 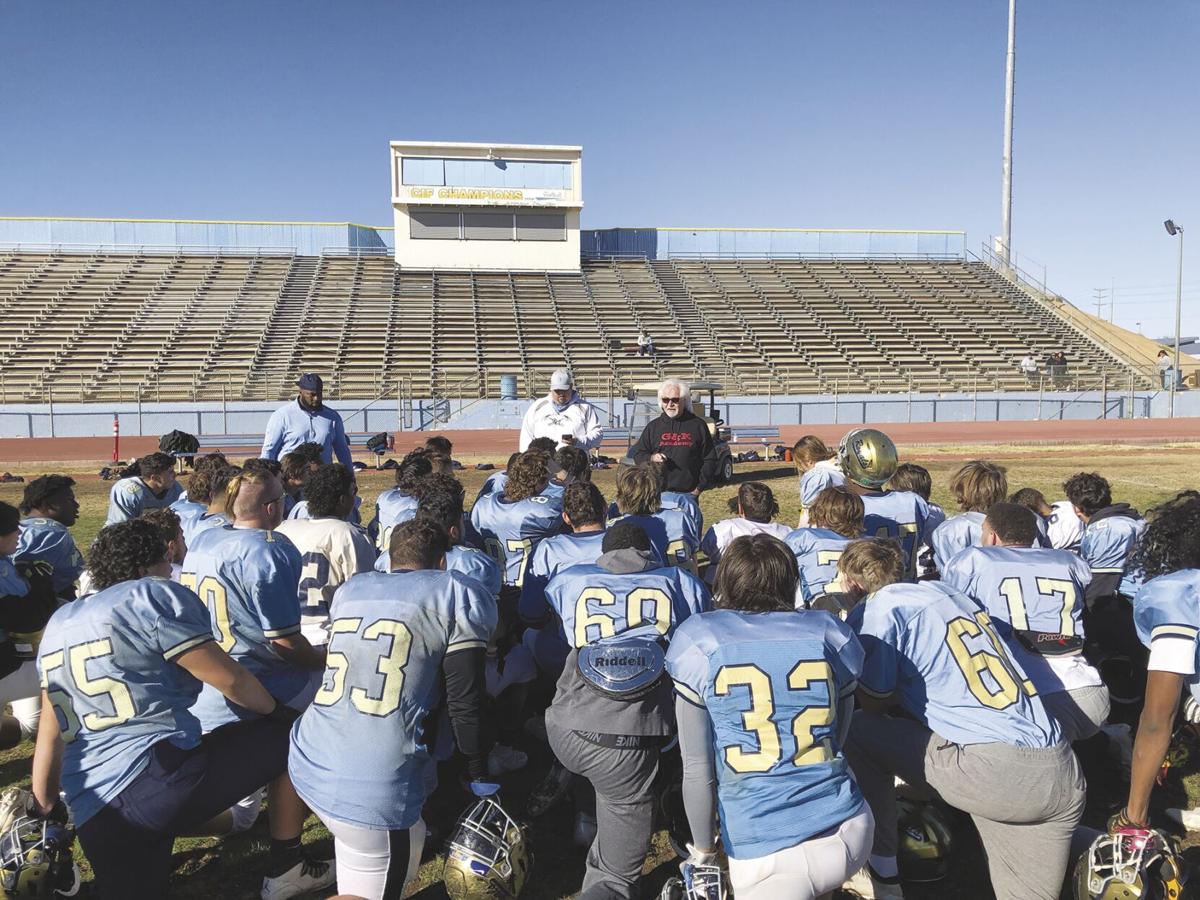 Linemen from the Quartz Hill football team go through drills during a practice on Thursday morning at Quartz Hill High School. The Royals will play at Compton on Saturday night in the CIF-Southern Section Division 12 championship game.

QUARTZ HILL — The Quartz Hill football players and coaches were thankful to be able to practice bright and early Thursday morning.

The early practice on a holiday meant the Royals will be playing for their third championship in program history.

“It’s an honor,” Quartz Hill senior linebacker Aiden Agnor said of the Thanksgiving practice. “Only 24 other teams are out here and we’re one of those, so we’re just thankful to be out here practicing at all, playing to get a ring. It’s everybody’s dream and we’re just happy we’re living it.”

The Royals won the Division 10 championship in 2017.

It wasn’t a traditional Thanksgiving practice, which are commonly more of a team meeting and meal.

But since Quartz Hill doesn’t play until Saturday, the Royals had more of a routine practice in full pads.

“This is the first year where we’re playing our championship game on a Saturday,” Quartz Hill coach James Vondra said. “Usually on a Thursday we’ll have no pads, kind of do a walk through. Keep it mental, easy and light, but we’re full go. This is our last day to polish things up. So we’re just going through our whole game plan, offense, defense and special teams. We want to make sure our guys are mentally lining up right and knowing what their assignments are. It’s the last day to answer questions.”

The Royals did have another unique touch to practice, with older alumni stopping by to encourage the players, like 1972 Quartz Hill graduate Ken Herrera.

Still, Vondra said some parents were preparing food for the players for after practice, which began at 9 a.m.

“Our boosters are working right now in the kitchen, so they’re going to have something for these guys when we’re done,” Vondra said. “We’ll just hang out a little bit after practice and just be thankful for being able to do that. We spend a lot of time working hard and preparing for battle every week. Thanksgiving is a time for us to sit down and reflect and just be thankful for what we’ve got.

“I just thank God for the blessings that I have got here, my family, the assistant coaches I have and these players. These guys have just been awesome all year.”

Quartz Hill senior quarterback CJ Crawford wasn’t sure what there would be to eat after practice, but said it was all a special experience.

Agnor said he didn’t know what the food plan was after practice.

“I’m not sure. I’m never going to say no to food if they have it,” said Agnor, a third-year varsity player. “I’m sure if we don’t, then I’ve got plenty of food at home that’s waiting for me.”