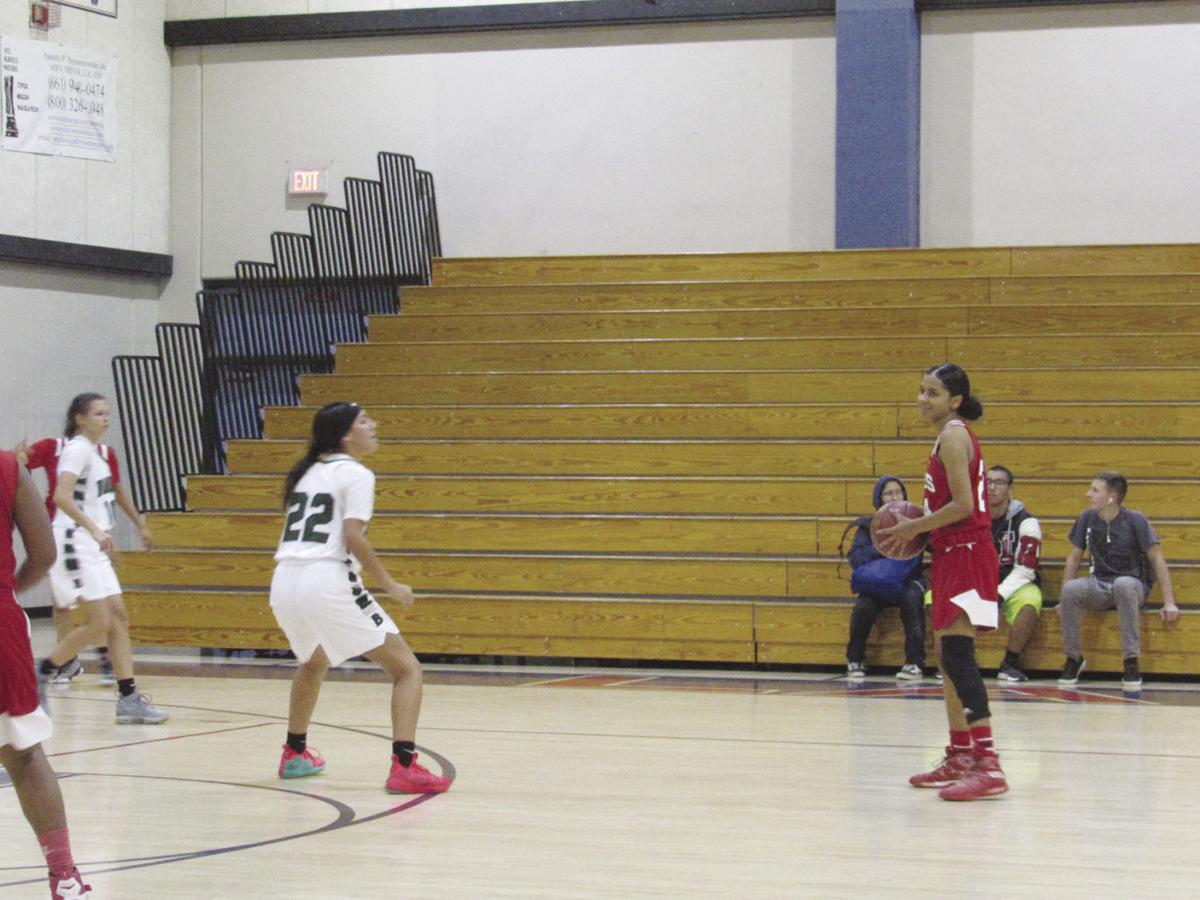 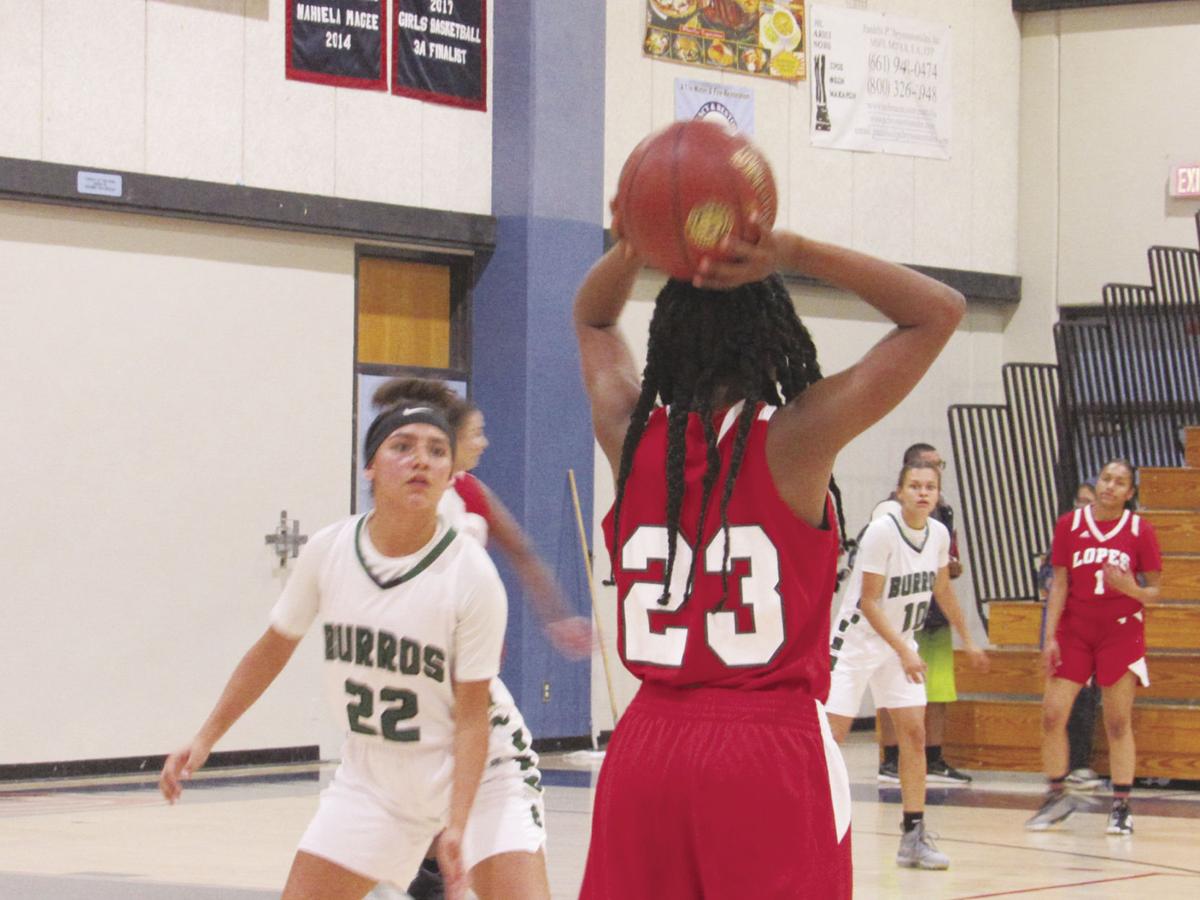 THROW-IN — Antelope Valley’s Jaylynn Hamilton (23) looks to throw the ball inbounds against Burroughs in the Lancaster Tournament on Thursday.

THROW-IN — Antelope Valley’s Jaylynn Hamilton (23) looks to throw the ball inbounds against Burroughs in the Lancaster Tournament on Thursday.

LANCASTER — It’s been a tough start to the season for the Antelope Valley girls’ basketball team.

In the opening round of the 2nd annual Lancaster Girls’ Basketball Tournament on Wednesday, the Antelopes lost to Alemany by 35 points.

Things didn’t get much better on Thursday when they took the court against Burroughs (Ridgecrest).

The ’Lopes committed a total of 38 turnovers and the Burros cruised to a 57-23 victory, outscoring their opponent 33-8 in the second half, at Lancaster High School.

“Yes, we did come out flat, but I love what I saw in the younger players. The energy from them was amazing,” AV High head coach Brandon Walker said. “I’m looking forward to watching them develop and grow throughout the season.”

The Burros (1-1) outscored the ’Lopes 15-2 in the first quarter as AV High committed 13 first-quarter turnovers. The ’Lopes (0-2) struggled shooting the ball early as they missed their first 13 shots flowing over to the second quarter. Their only two points of the quarter came from one free throw each from Aaliyah Jackson and Shynyia Lemon.

AV High’s first field goal came at 6:04 remaining in the second quarter following a bucket by Teyuna Weathers, which temporarily stopped the bleeding.

Jackson led her team with 10 points, all coming in the first half. Alanna Mitchell finished with five points and Jaylynn Hamilton added four points.

“We need to be better on offense, on defense, just better period. As a team we kind of gave up. Our energy was negative and we need to communicate more and work better was a team,” Mitchell said. “We’ll get better as the season goes on. We just need to practice more. We need to not give up. Right now we’re not doing what we’re supposed to be doing.”

The energy was low for AV High entering the second half and the Burros took complete control as they went on a 16-0 run and led 40-15. The ’Lopes’ shooting woes continued as they were held scoreless for the first seven minutes until Mitchell broke the drought with a 3-pointer with just under a minute remaining.

“In the first half we were hustling and we were doing better than yesterday (against Alemany). We were playing better defense,” said Jackson. “In the second half we weren’t hustling. Our energy fell off a lot. We have to work a lot hard and hustle more and play better defense.”

The ’Lopes combined for only three field goals in the first, third and fourth quarters. AV High will play Paraclete (0-1), which lost to Bakersfield-Frontier, on Friday.

“We came out (in the second half) with a lack of focus, energy and we didn’t pay attention to detail. Something happened at halftime,” Walker said. “It’s very disappointing when you have a group seniors to start like this. It’s mind boggling. Right now we’re going to continue to develop the younger players.”