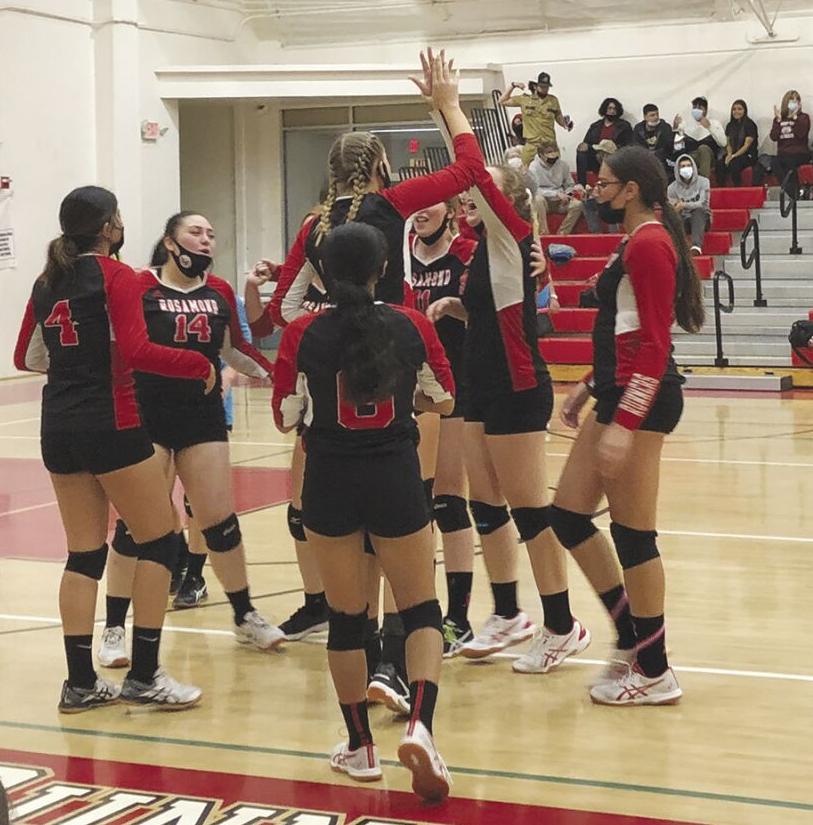 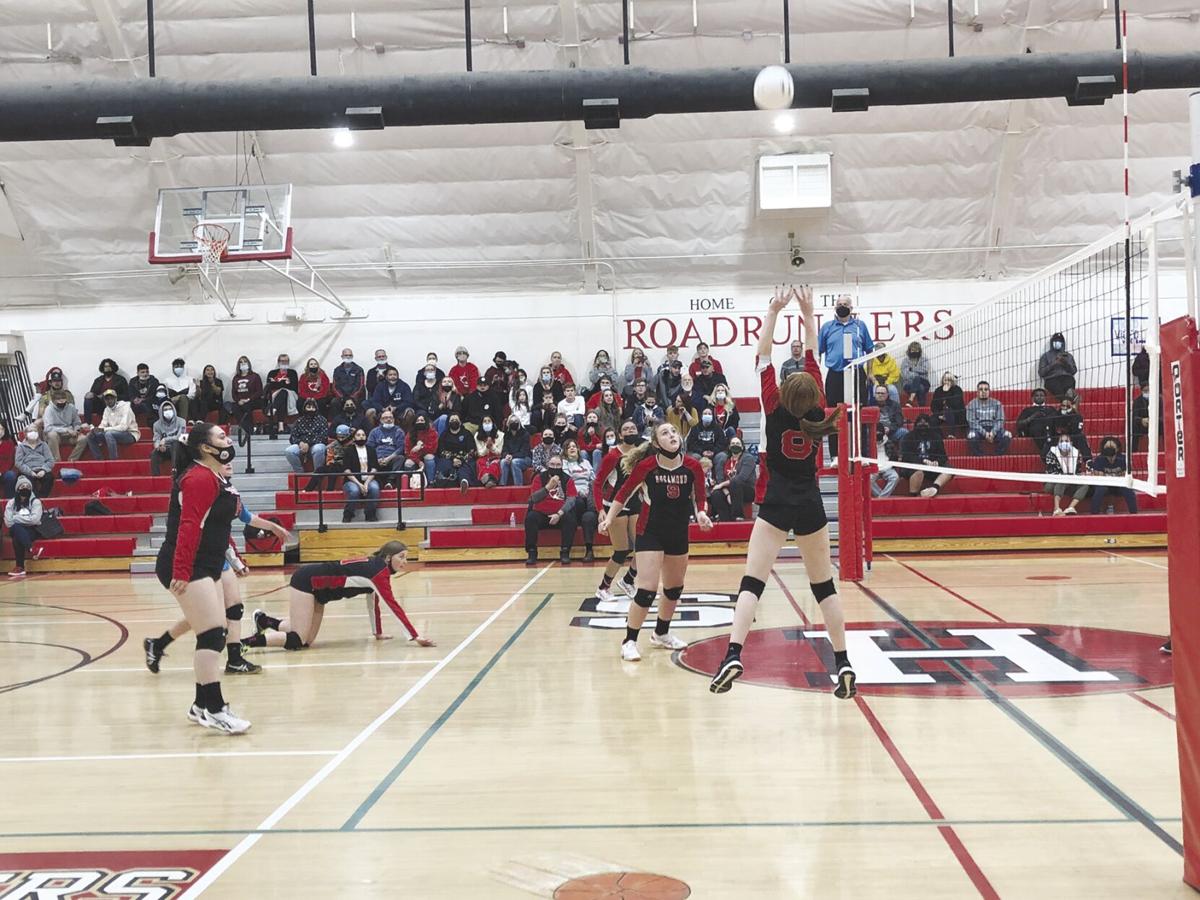 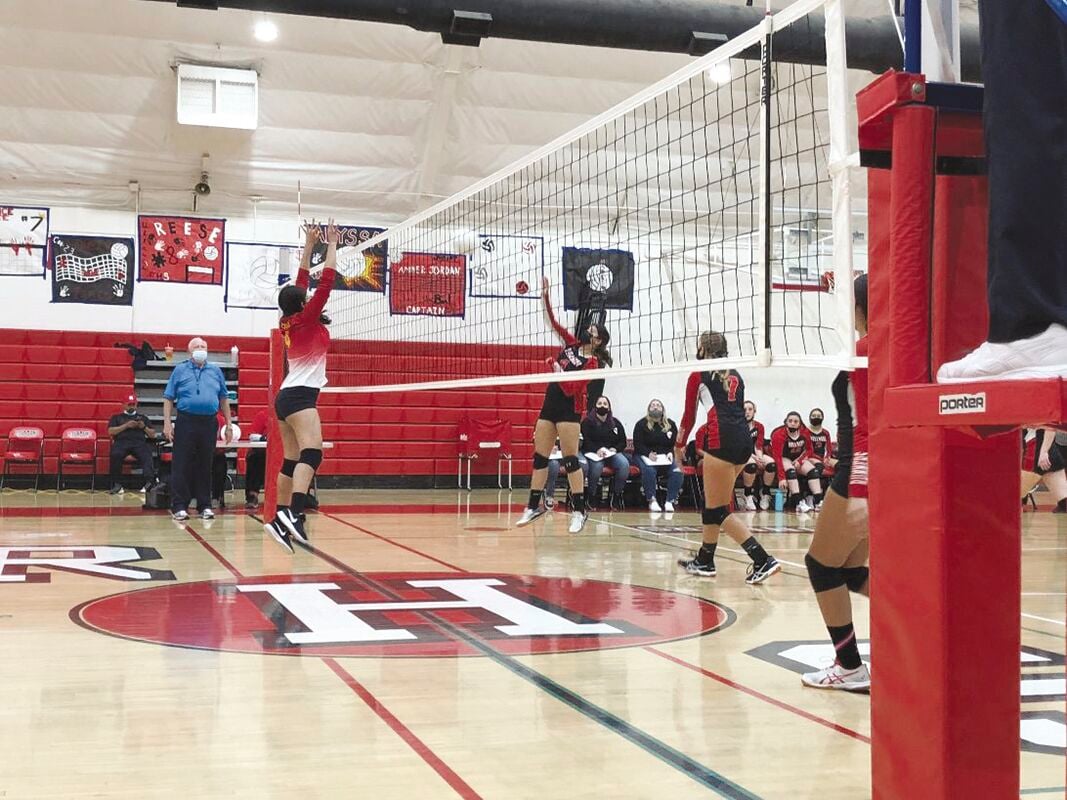 ROSAMOND — The Rosamond girls volleyball team started playing like it was the No. 2 seed in its division of the playoffs on Tuesday night in the second set against visiting Baker.

The Roadrunners had their closest set in the opening of the CIF-Central Section Division 5 playoff first-round match, but rebounded with dominating performances to sweep Baker, 25-19, 25-12, 25-16, at Rosamond High School.

“I think we played really well,” Rosamond junior middleblocker Amber Jordan said. “For the next game, I think we need to come out stronger at the beginning, but overall we played well.

“I think we got out nerves out and we just came out more excited, because I feel that we were very nervous in the first set.”

Rosamond (16-8-2) will face Wasco in the quarterfinals on Thursday. Wasco defeated Summit Charter in four sets in the first round on Tuesday.

There were seven lead changes before Rosamond took a 20-19 advantage in the opening set against the Braves (13-13).

Jordan had a block to give Rosamond the lead and she had a kill on set point.

Rosamond coach Rebecca Eubanks said the Roadrunners were able to have a run of points in the second set.

“I’ve told the girls this the whole year, when we get a run of points, it’s just to our advantage,” Eubanks said. “It’s when we serve one, miss one, get two points, the other team gets two points that we really have to struggle, so we really have to preach to them ‘Let’s get a run of points. Let’s get a nice big lead, especially when we have our strong servers serving. Let’s take advantage of that. Let’s let them serve six, seven points.’ That was definitely the key in the second set is we got runs of points.”

Although there were two lead changes at the start of the second set, the Roadrunners had an 8-1 run to take a 12-5 lead, getting four kills by junior Kaedance Collete and one kill apiece by juniors Madison Moore and Kylee Eubanks-Hemme.

Rosamond closed the set with a 13-7 run, getting three aces down the stretch by Moore.

“I think we are playing really well,” Jordan said. “We definitely improved a lot over the season and we’re just learning and growing as a team and we’ll be ready for round two.”

Jordan led the Roadrunners with 11 kills, Eubanks-Hemme had nine, Moore had seven kills and Collette finished with six kills.

“This team really is balanced,” Eubanks said. “A lot of years I’ll have one good hitter, two good hitters. We really have four good hitters on the teams this year and they all contribute. If you look at our stats for the year … they are all really close. So that is really helpful.

The two teams traded the lead three times before Rosamond took a 16-15 advantage it would not surrender on a kill be Collette. It was the first of five straight kills by the Roadrunners, three by Moore and one by Jordan, part of a 7-0 run to give Rosamond a 22-15 lead.

The Roadrunners are the No. 2 seed in the division and will have a home match until they face the No. 1 seed, Taft, which would be the championship match at Golden Eagle Arena on Nov. 6 .

“We play so much better at home,” Eubanks said. “We were really excited to see that we were seeded No. 2, because of the home-court advantage. Our girls just seem to play better here.”

Rosamond did not play last season, as girls volleyball missed the 2020 season due to the COVID pandemic.

“The team I have right now was going to be our team last year,” Eubanks said. “This was the varsity last year. We worked for about a month, a month and a half before it got canceled. We really looked good last year and we didn’t get to show it.

“It’s nice this year, we did get to come out with the same team we basically had last year and worked with them even more. Obviously with not having a season last year, they were a little rusty. I feel like we’re really getting back into it and I can’t wait for next year and next year they will be seniors.”

Rosamond finished third in the High Desert League, with an 8-3 record and behind first place Mammoth (10-0) and second place Bishop (12-2).