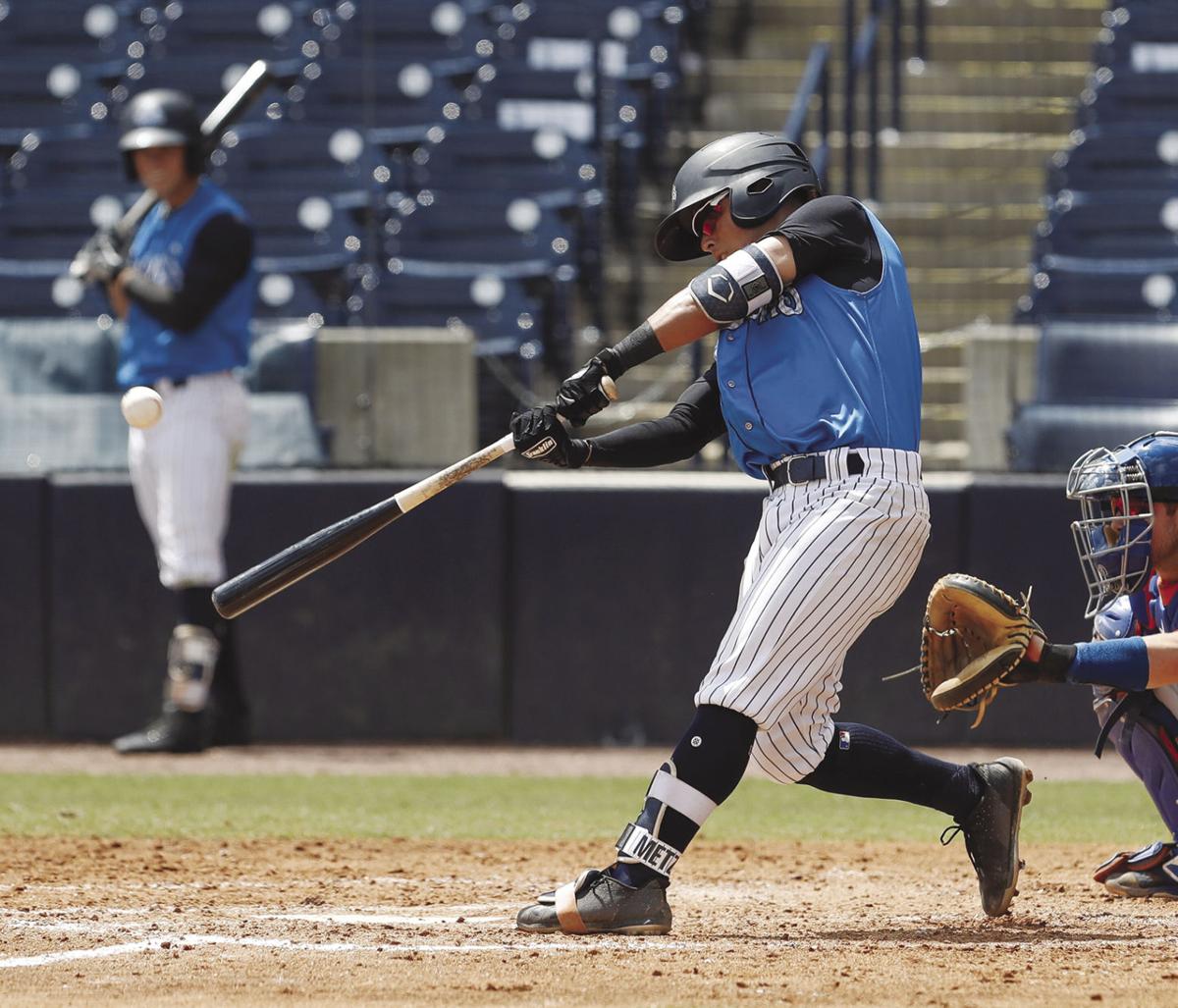 Spring training was just getting started for Metzgar and the Yankees minor league players when it was shut down by the Coronavirus pandemic on March 12.

The infielder had only been in Tampa Bay, Florida, for two and a half weeks before everything was canceled.

“It just kind of hit us real quick,” Metzgar said from his Tampa Bay hotel room last Thursday. “One day, we’re all out there, the next day the NBA’s canceled, the next day spring training’s canceled.”

The Yankees decided to keep their players together to continue to train for the season by playing against each other.

But, two minor leaguers tested positive for the virus, which led to the quarantine of the rest of the minor leaguers, beginning on March 15.

“They gave us the weekend off, so we could come back Monday to (begin training again),” Metzgar said. “Sunday came around and someone got the Coronavirus.”

On that Sunday night, Metzgar happened to be enjoying the beach with his girlfriend, who flew in to surprise him for the weekend. He went into quarantine shortly after and his girlfriend flew home on Monday.

Metzgar felt fine his entire time in quarantine and finally got the go-ahead earlier this week to return home.

After just four days in quarantine last Thursday, he was starting to feel stir crazy.

“I’ve only been in here for four days and it feels like a month,” he said.

Every day the Yankees organization would deliver meals and water to the players in their hotel rooms, as well as some per diem cash.

They would also have conference calls with General Manager Brian Cashman and a team doctor.

“They said if you had it, we were around those guys on Friday was the last day, and if we were to get it, symptoms start showing 5-6 days after, which means ours would have started showing already,” Metzgar said.

He wasn’t on complete lockdown, saying he was still allowed to go out to the store as long as he went at non-peak hours and stayed six feet away from other people. He went last week on Wednesday.

“Everything’s pretty much gone, so I’m just trying to pick up the scraps of what’s left,” Metzgar said.

He also passed the time away by playing Call of Duty online with friends and former high school and college teammates Mylz and Mahlik Jones. Mylz is a member of the Colorado Rockies’ minor league system and came home after spring training closed.

“I keep in touch with everyone, so that keeps me going every day, since I’m by myself,” he said.

Metzgar and Mylz spent a lot of time together in the offseason, training and working out together, and playing golf or going somewhere else on the weekends.

Metzgar also gave private lessons in the offseason and would sometimes take his students to bat in the batting cages at The Hangar with Mylz.

After the work he put in during the offseason and the way he ended last season, he was anxious to see his improvement translate to the field.

“I’ve been all over the place and I just wanted to see where I was going to start this year and hopefully not end up in the same place I started,” Metzgar said. “But we’re going to have to put that on hold, I guess.

“I ended (last) season strong. It was just the beginning when we got here, so we weren’t able to do much.”

Metzgar did say he was working on the load for his swing, which was going well.

“When I was doing it, it felt good, but there wasn’t much time to practice it.”

Metzgar and his father, Ted, drove out to Florida at the end of February so Metzgar could have his car with him. Now, he just wants to get home quick without adding more miles to his car, so he said he might just ship it home.

His family and girlfriend will be, no doubt, happy to have their baseball player healthy and home today.