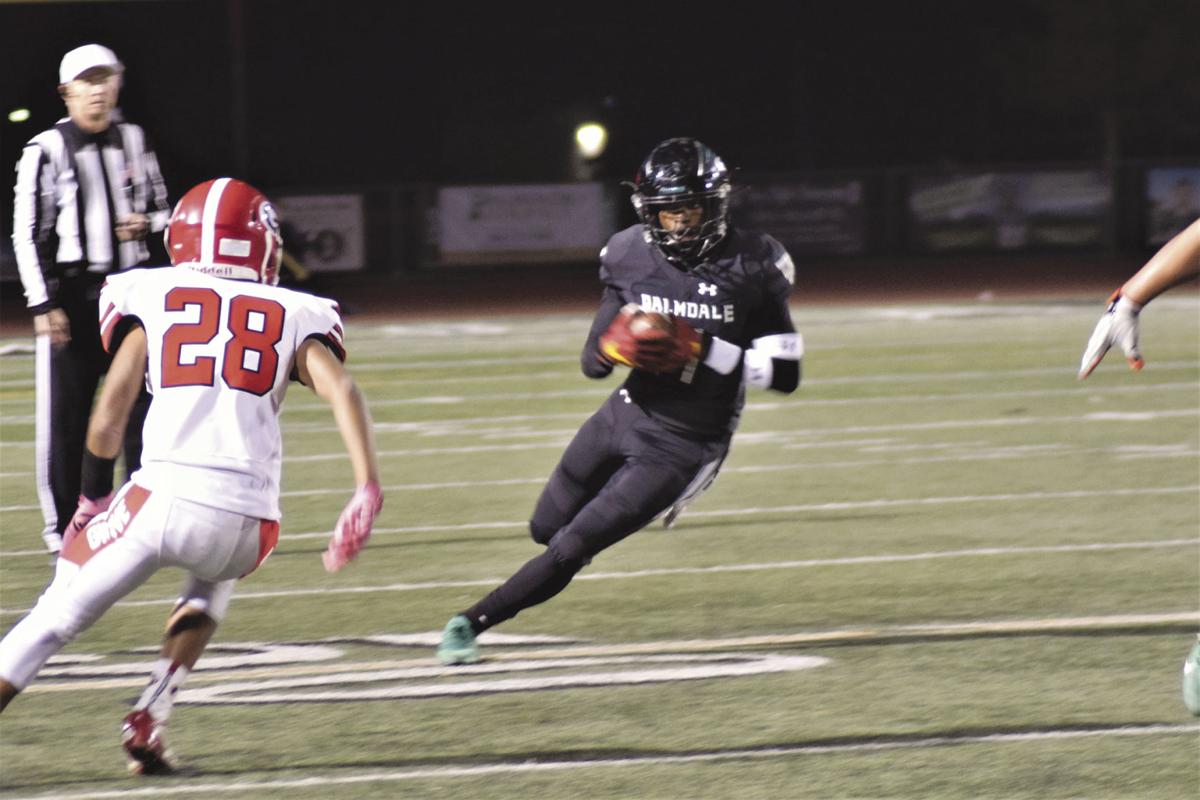 FIELD VISION — Palmdale’s Tyjoun Cavins runs with the ball against Garden Grove on Friday. The Falcons won 18-0 to advance to the second round in the Division 8 playoffs. 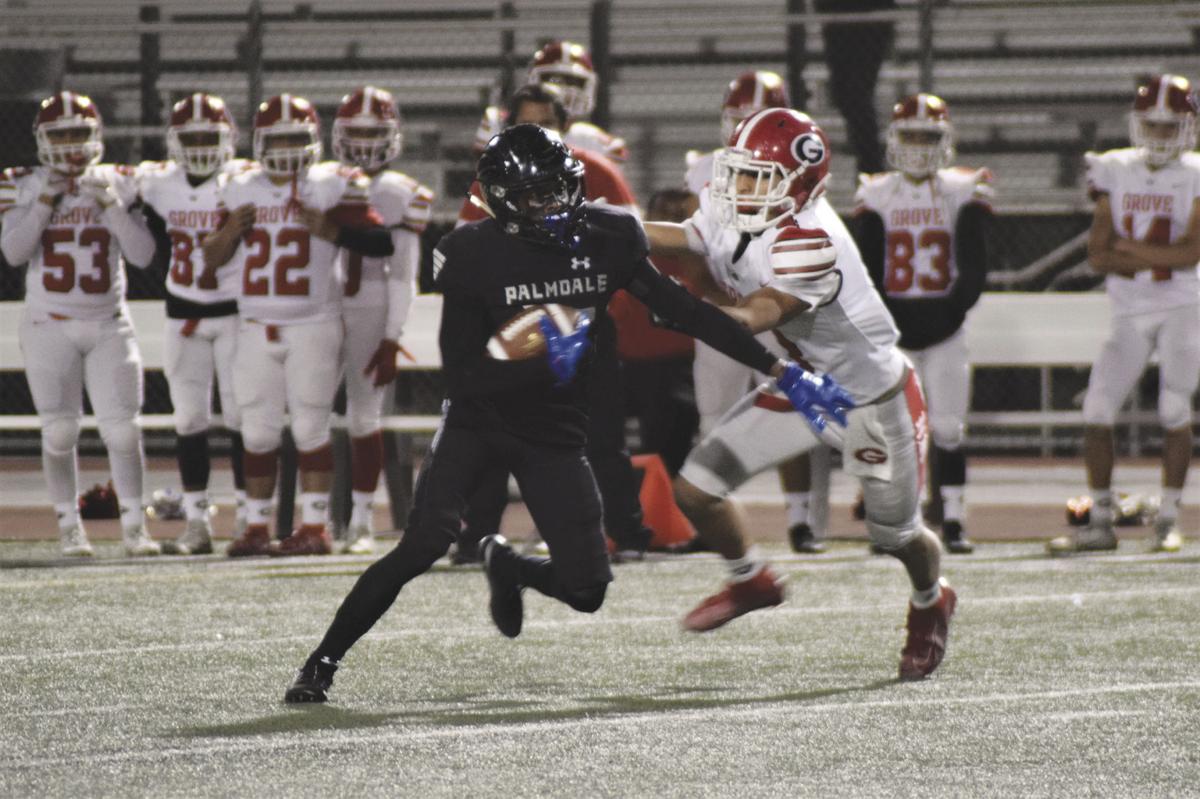 FIELD VISION — Palmdale’s Tyjoun Cavins runs with the ball against Garden Grove on Friday. The Falcons won 18-0 to advance to the second round in the Division 8 playoffs.

As head coach Eric Nickols told his players and a reporter afterward, the Falcons (10-1 and winners of seven straight games) left quite of few points on the field due to penalties (11 for 95 yards) and dropped passes.

A case in point was Palmdale’s opening drive.

Despite starting at the Argonauts’ 35-yard line after a 14-yard punt, an untimely illegal shift call on short yardage at the Garden Grove 16 and two incomplete passes by quarterback Marcus Hearn forced the Falcons’ Alex Morales to attempt a 38-yard field goal, which was successful.

Another short punt by the Argos’ Jonathan Romero, this one for 16 yards, set Palmdale up on the Falcon 43. A 31-yard run by Hearn moved the ball to the Argo 26, and four plays later the junior quarterback hit Allen Bennett on a 19-yard strike. Kylen Gibson’s 2-point conversion run upped the lead to 11-0. For all intents and purposes, that was the game although Palmdale scored again on two-yard run by Tyjoun Cavins to cap a 49-yard drive after yet another short punt gave the Falcons their final margin.

For the night, Hearn completed 12 of 23 passes for 118 yards and the one touchdown while being intercepted once and added 77 yards in 12 rushes. He was complemented by 94 yards in 21 rushes from Cavins. In all, Palmdale finished with 205 yards rushing for 323 yards in total offense.

While the offense sputtered at times, the defense was rock solid, holding Garden Grove (4-7) to 63 yards in total offense, with 22 yards coming on 18 rushes. The Argos had only two plays of more than seven yards — an 18-yard run by Romero on a fake punt and a 35-yard pass from Vany Rodriquez to Czalin Lobaugh midway through the fourth quarter.

“We came out great defensively to stop their run game. The boys up in the box did a great job,” Nickols said. “Marcus facilitated the offense well.”

However, the third-year head coach knows things will get tougher when Palmdale travels deep into Orange County to play 8-3 AlisoNiguel, a 21-6 victor over 6-5 Santa Ana on Friday.

“We’ve got to be focused and have a great week of practice,” he told his team. “We’re going to have a long road trip ahead of us.”