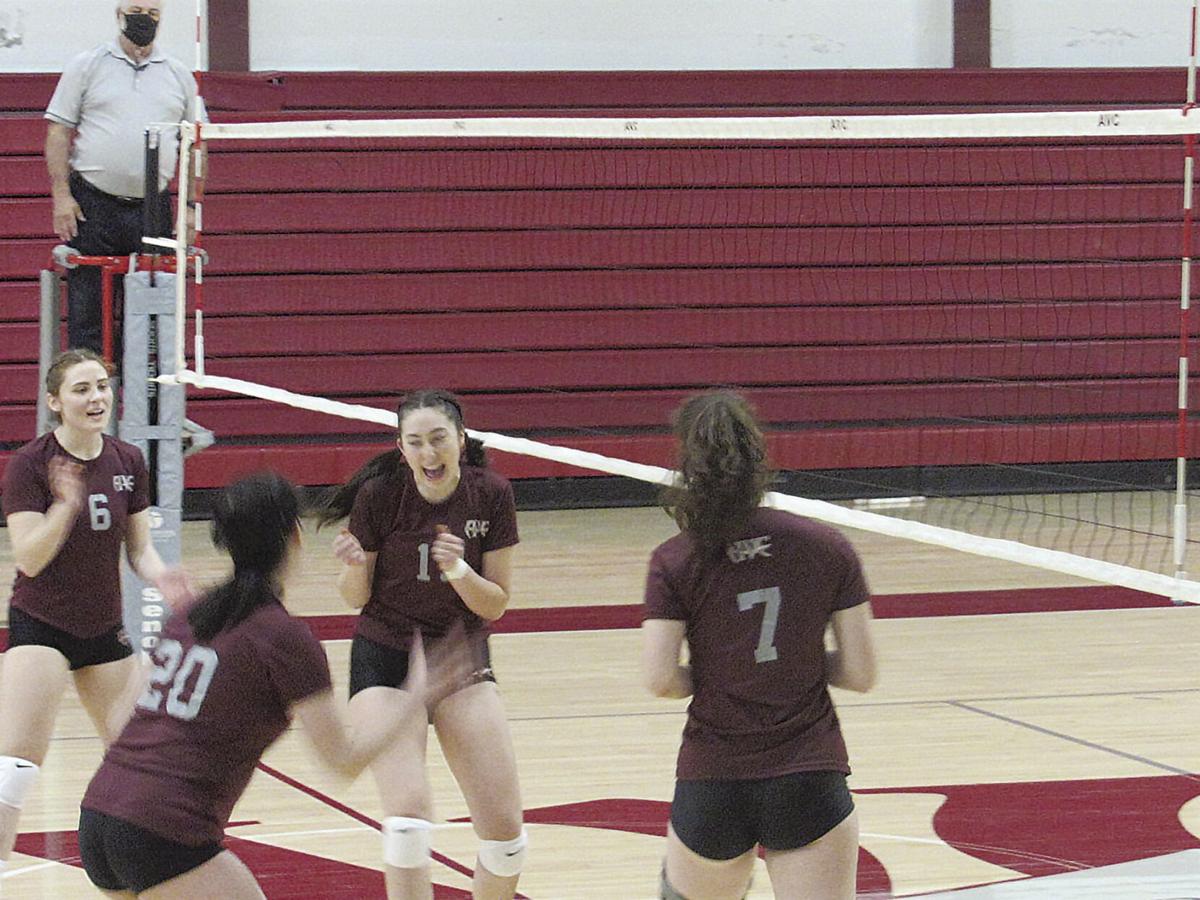 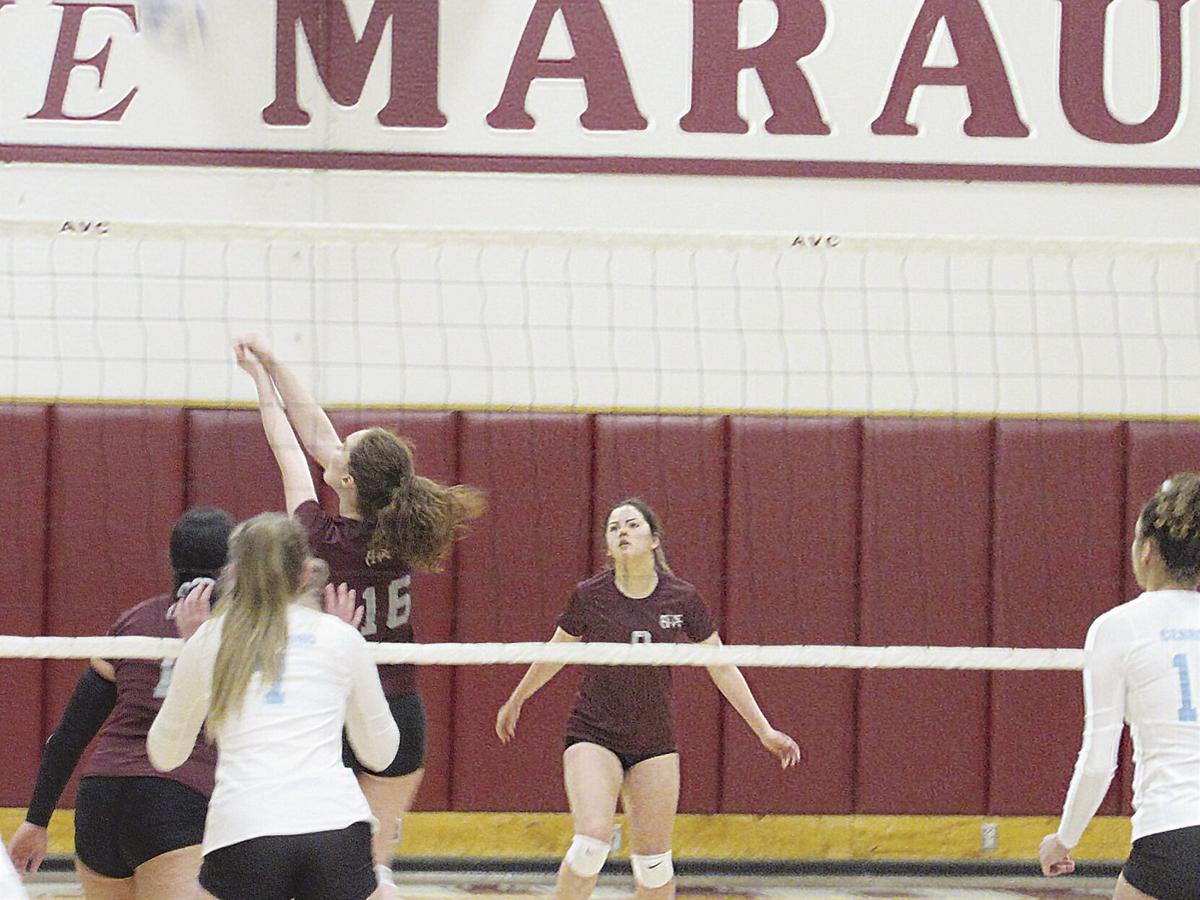 BUMPING IT — AVC’s Alaura Bengle (16) bumps the ball back over the net during Thursday’s match against Cerro Coso.

BUMPING IT — AVC’s Alaura Bengle (16) bumps the ball back over the net during Thursday’s match against Cerro Coso.

LANCASTER — The roller coaster season for the Antelope Valley College women’s volleyball team continued as the Marauders showed signs of their potential, but youth and inexperience led once again to its downfall.

“We just froze at the end. At times we showed what we’re capable of,” AVC head coach Mark Cruz said. “We’re just not consistent. We do have a really great core to build from and we’re excited about that. But the present doesn’t taste so good right now.”

Both teams played even in the first set as they battled for a 14-14 score. The Coyotes (3-6) began to create separation after winning four of the next five points to earn an 18-15 lead. The lead was extended by Cerro Coso to 22-17 following a hitting error by the Marauders.

AVC was resilient and mounted a mini comeback after reeling off the next three consecutive points to close the gap, 22-20. That would be as close as the Marauders would get though.

The Marauders seemed to be glued to the chairs that read “AVC” to open the second set while the Coyotes played and opened a 9-0 lead. Service aces and kills by the Coyotes coupled with hitting errors, service errors and lack of focus by the Marauders equaled a 13-1 lead for Cerro Coso.

“We let our nerves get the best of us. One little mistake sets off the whole team. It’s not about the skills for us; it’s mental,” Rafferty said. “We just have to mentally reset and stay calm. We have a freshmen dominated team, but our maturity level did grow throughout the season. I’m excited about the future.”

The third set was the most exciting of the match. Once again, the Marauders got off to a slow start as the Coyotes took a 5-0 lead. AVC rallied to tie the match 7-7 and gained some much-needed momentum.

Still Cerro Coso was in control as AVC made several hitting errors and trailed 18-13.  The Marauders show no quit and rallied to tie the score 19-19 following a spark by Rafferty which included a kill and an ace. From there the two teams went back and forth.

The Marauders put themselves in position to take the set following a kill to lead 23-21. Three consecutive kills by the Coyotes gave them a 24-23 lead. However, a kill by Tejeda tied the score 24-24 and another by Rafferty, 25-25. Cerro Coso finished the match with two kills of their own to seal AVC’s fate.

“We focus more on the long run of the match, instead of the present moment. We come in thinking there are three long sets and we need to take it point by point,” Parker said. “We need to show up the here and the now. I tried to bring our energy up. I’m disappointed because I feel like I could have done more for the team.”

The two teams finish the season today at Cerro Coso.