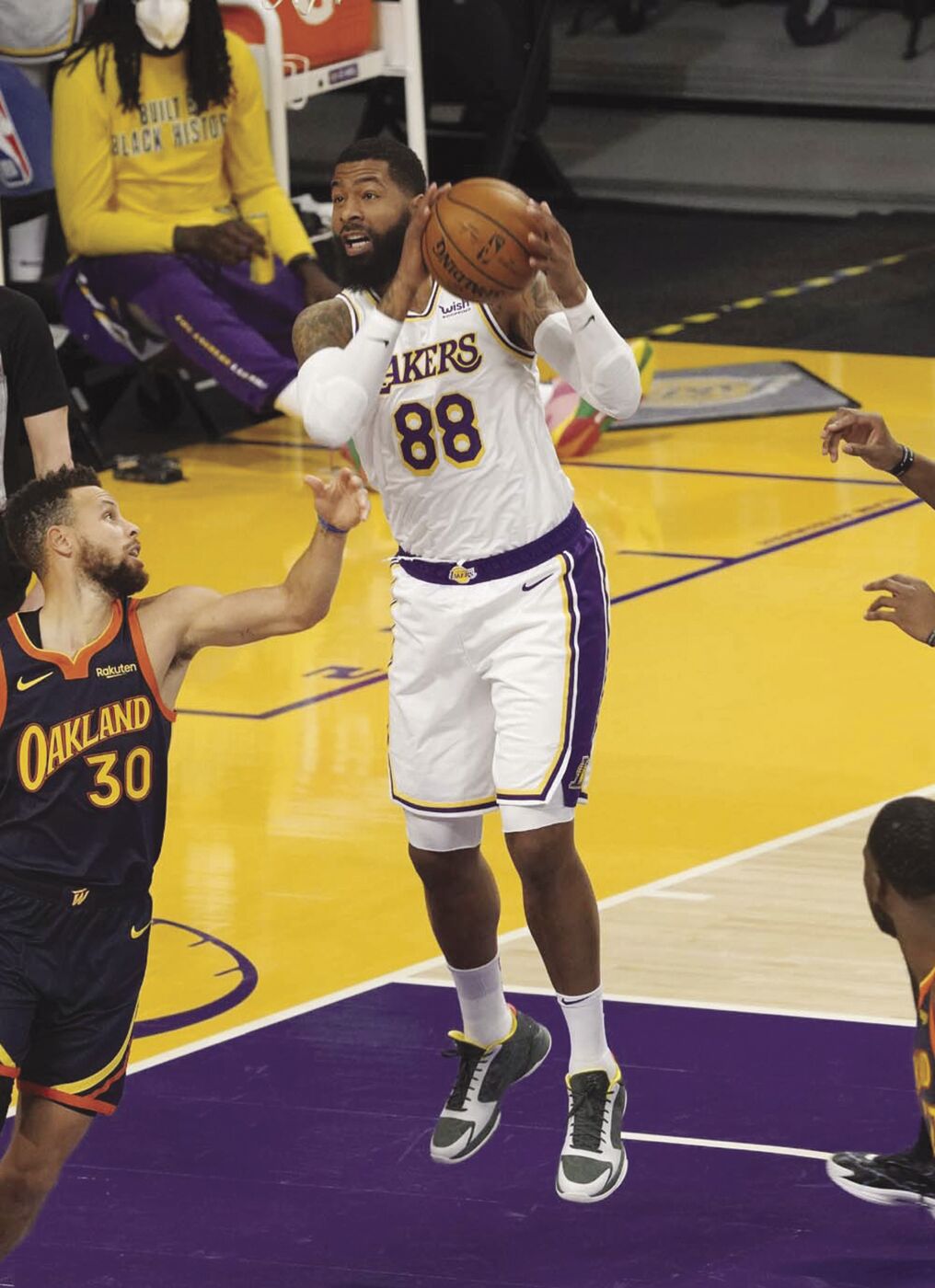 KEVIN REECE/Special to the Valley Press 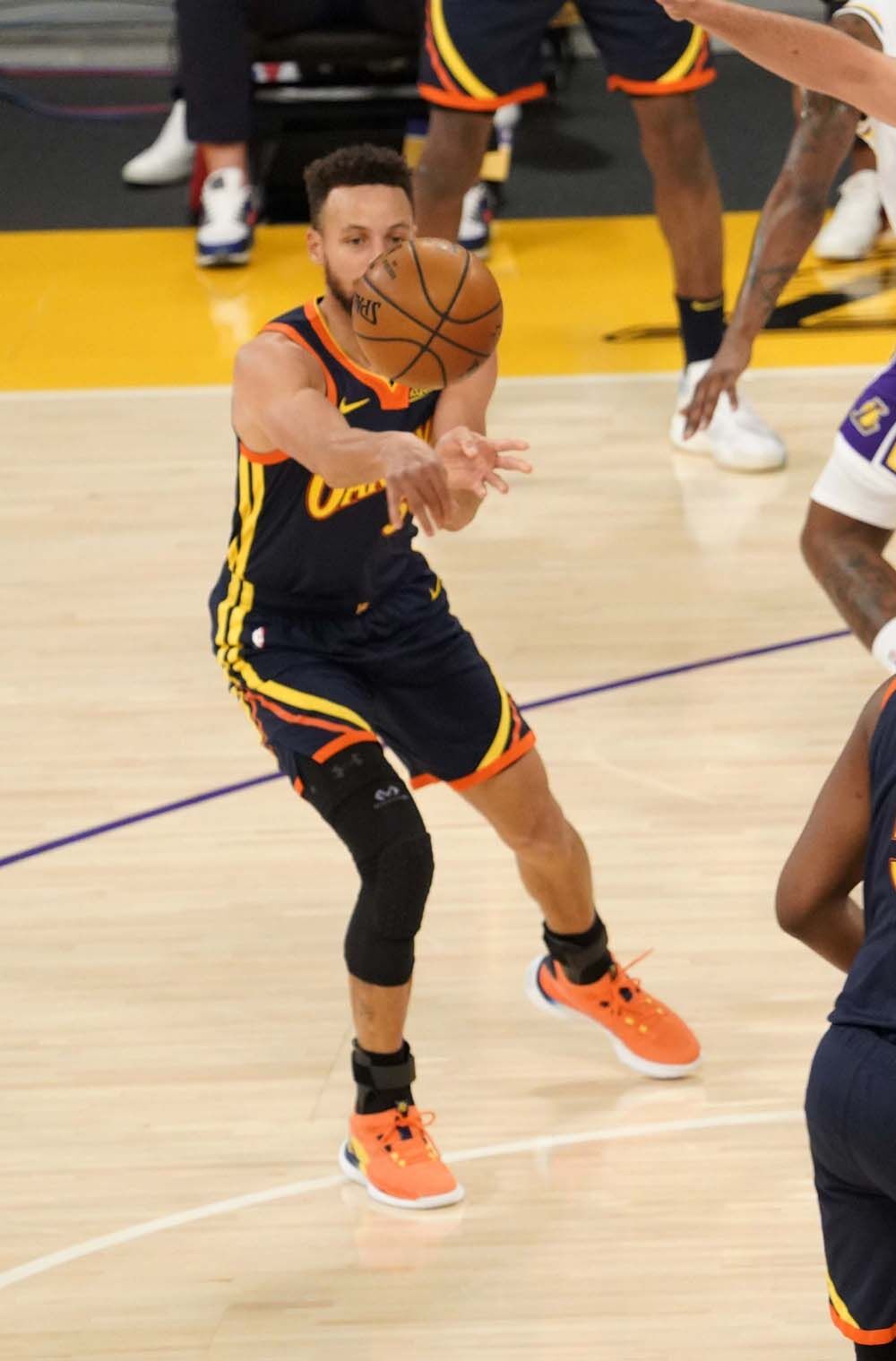 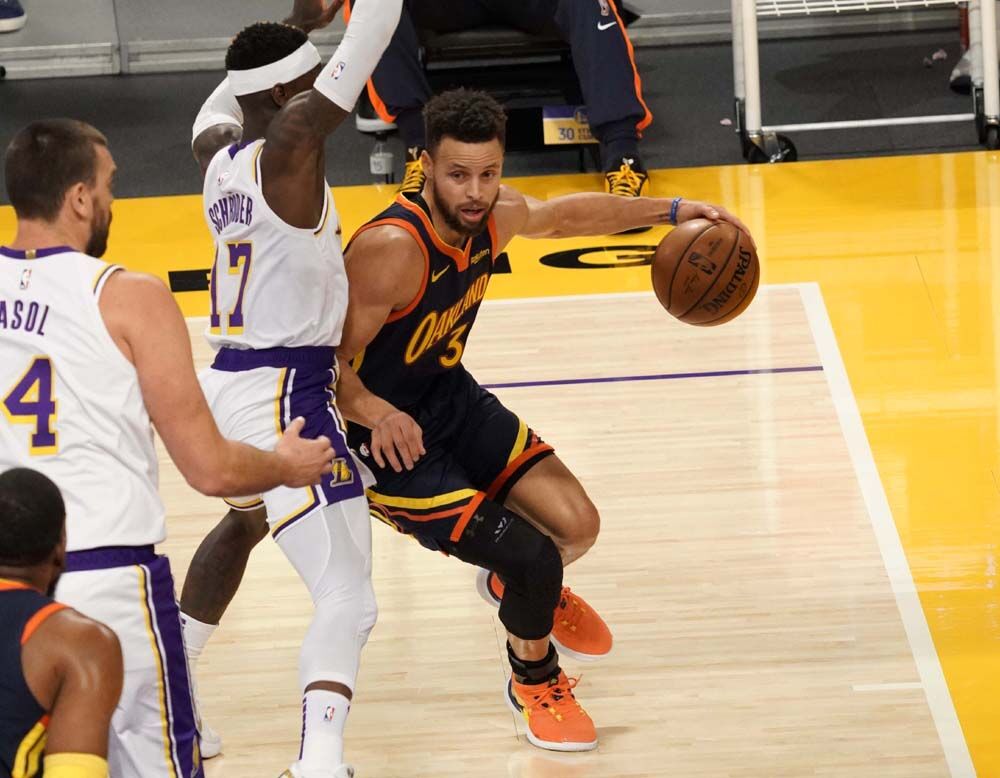 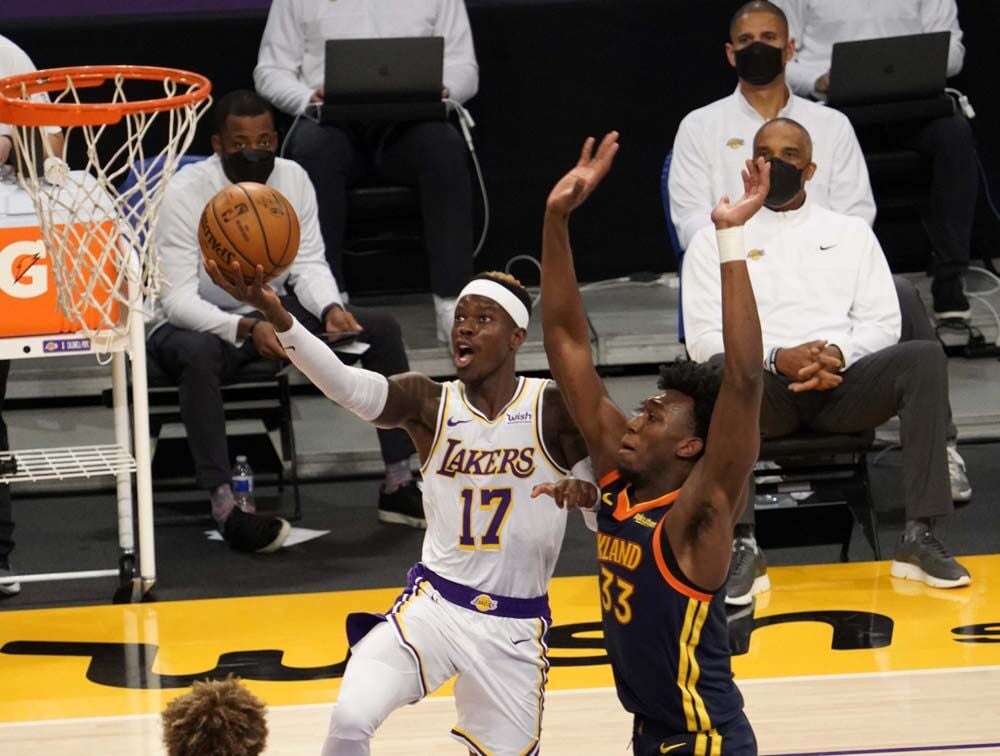 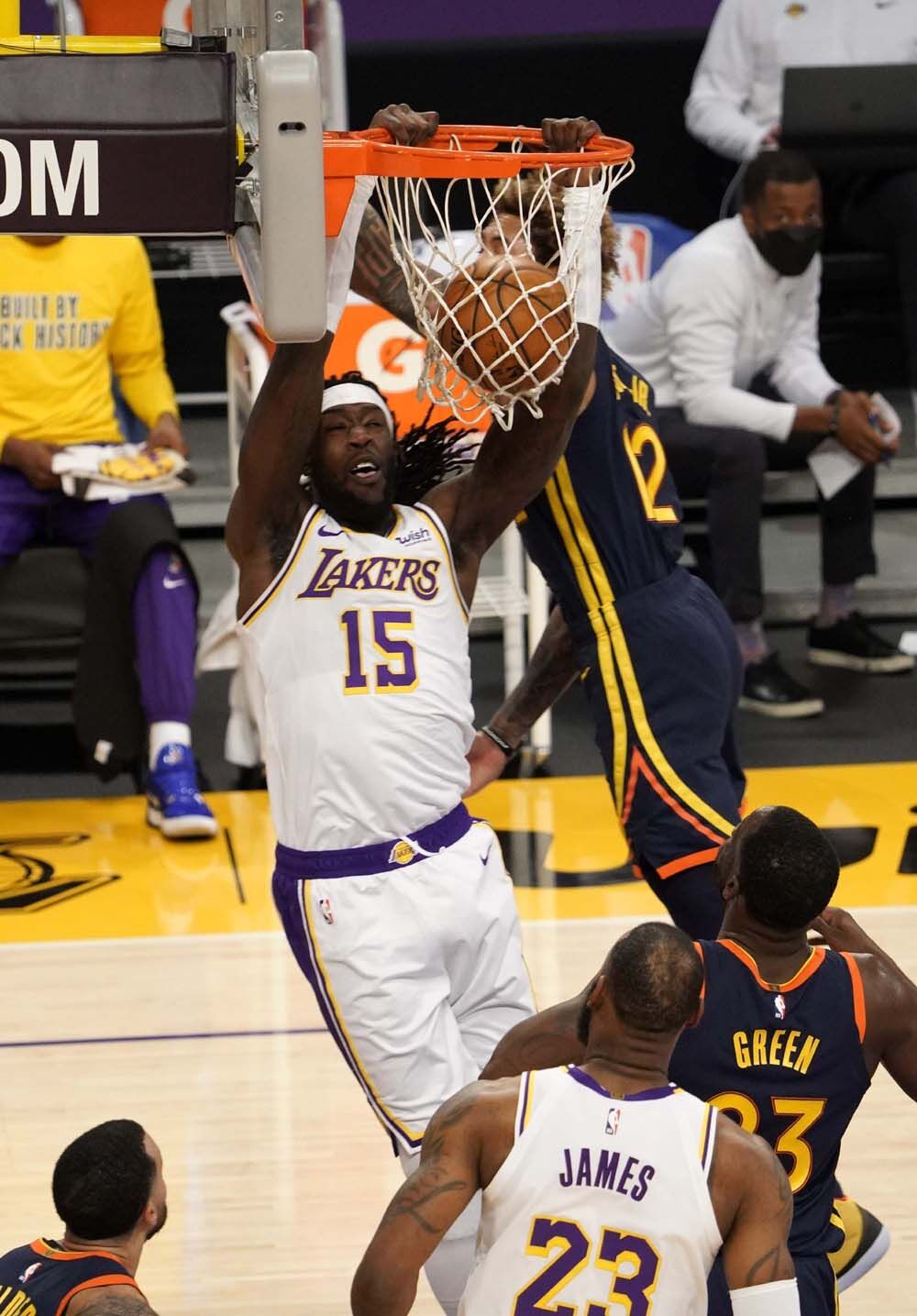 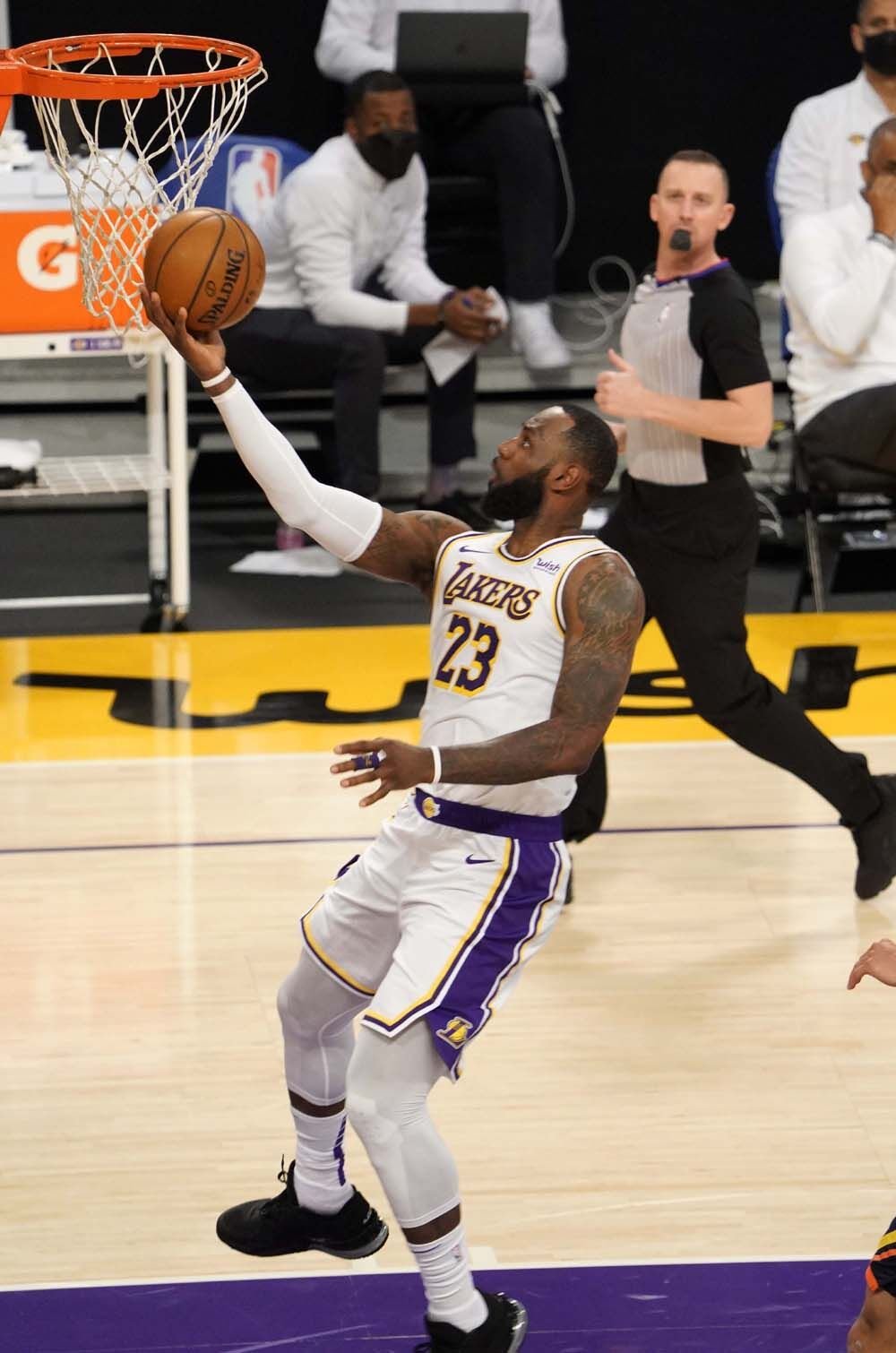 KEVIN REECE/Special to the Valley Press

LOS ANGELES — The Los Angeles Lakers blew a 14-point, fourth-quarter lead in their first meeting against the Golden State Warriors. They were determined not to let that happen Sunday night.

LeBron James scored 19 points in his 1,300th regular-season appearance as the Lakers routed the Warriors 117-91. He was one of six Los Angeles players to score in double figures in a game that was never in doubt.

The Lakers were up 20 at the end of the first quarter and had a 73-44 lead at halftime.

"Our starters played terrific," Lakers coach Frank Vogel said. "They had a mindset to make sure they took care of business against a team that stole one from us the last time."

Forward Markieff Morris was a little more direct about the revenge factor.

"We remember getting up big last time and then coming back," he said. "We wanted to make our mark early and just keep our foot on their neck throughout the game."

Vogel said the best thing to come out of the game was that James played a season-low 24 minutes and sat during the fourth quarter.

Kyle Kuzma had 12 points and 11 rebounds for his eighth double-double this season, while Morris and Alex Caruso each scored a season-high 13 points.

The defending NBA champions had dropped five of six since Anthony Davis suffered a right calf strain on Feb. 14, but have won their last two.

"When you lose a mega piece like AD, it is going to take some time offensively and defensively on how we want to play. Over the last couple games, we have done a good job," said James, who's the 23rd player in NBA history to appear in at least 1,300 regular-season games.

The Warriors rallied for a 115-113 victory on Jan. 18 at Staples Center, but were dominated from the opening tip. Los Angeles went on a 16-2 run to take a 20-5 lead with 7:23 remaining in the first quarter as four of its first six field goals were 3-pointers.

The Lakers ended the quarter with 12 straight points to go up 41-21. James had 10 points in the quarter, including two on free throws as Los Angeles was 13 of 16 from the line in the quarter.

Los Angeles had a season-high 73 first-half points as it extended its lead to 29 at halftime. Its largest lead was 35 late in the third quarter.

"We were just never in it. Right from the start, we were fouling them like crazy," Warriors coach Steve Kerr said. "There are going to be a handful of games that are inexplicable. You don't spend too much on this one. You flush the toilet and move on."

Draymond Green suffered a left ankle sprain during the second quarter and did not return after scoring six points in 13 minutes. Green also received his eighth technical foul of the season during the first quarter.

Kerr said after the game that Green didn't think the injury was serious.

Warriors: Golden State tied a season low with three offensive rebounds. ... They were 8 of 34 from beyond the arc. The 23.5% accuracy rate is their fourth worst of the season. ... The 20 turnovers marked the fourth time this season they have had 20 or more.

Lakers: Los Angeles finished with season highs in rebounds (60) and steals (14) ... Dennis Schröder scored 12 points and Talen Horton-Tucker 11. ... Damian Jones finished with eight points, three rebounds and two blocks in eight minutes in his LA debut. ... The Lakers were 6 of 9 on 3-pointers in the first quarter but struggled the rest of the game, going 5 of 22.

Warriors: Travel to Portland on Wednesday. The teams have split their first two meetings this season.

Lakers: Host Phoenix on Tuesday. This is the first matchup between the teams this year after Los Angeles won all three games last season.