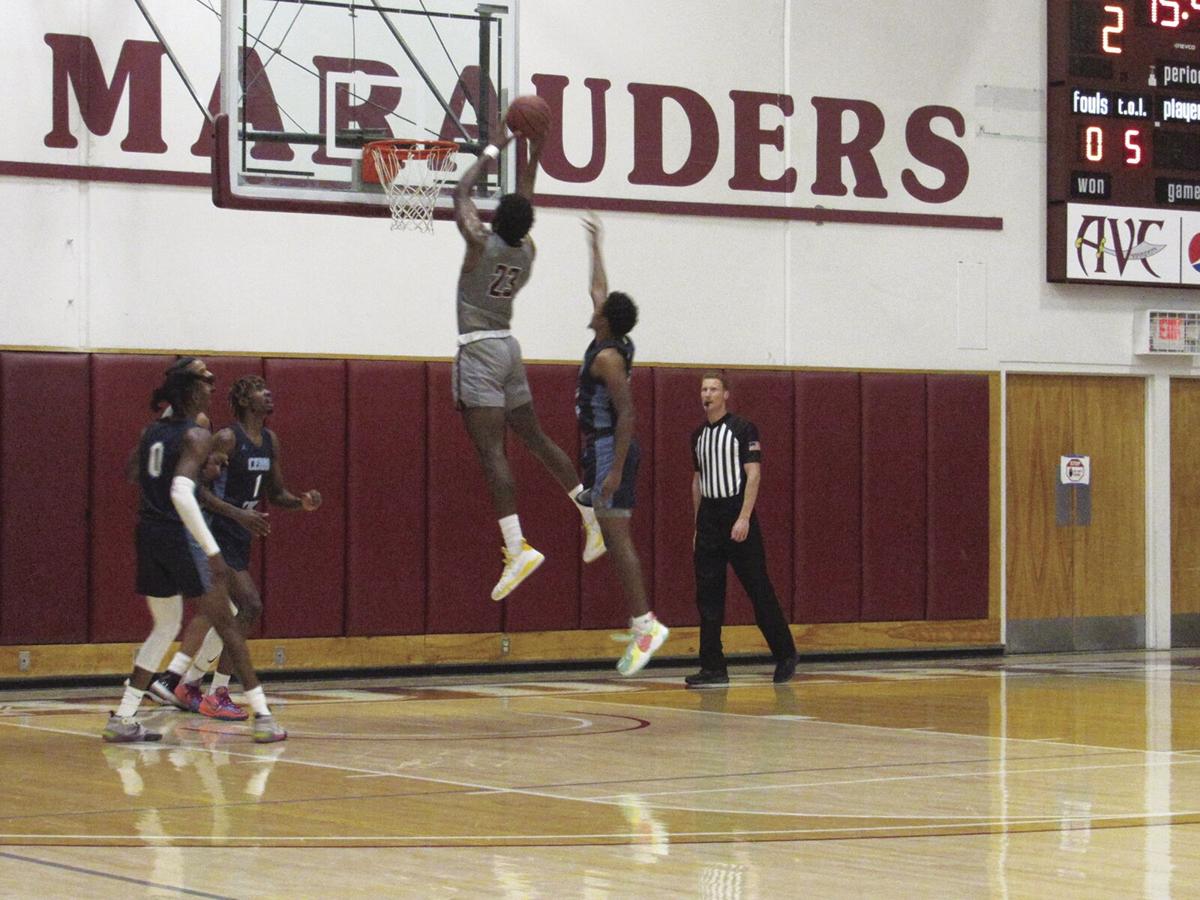 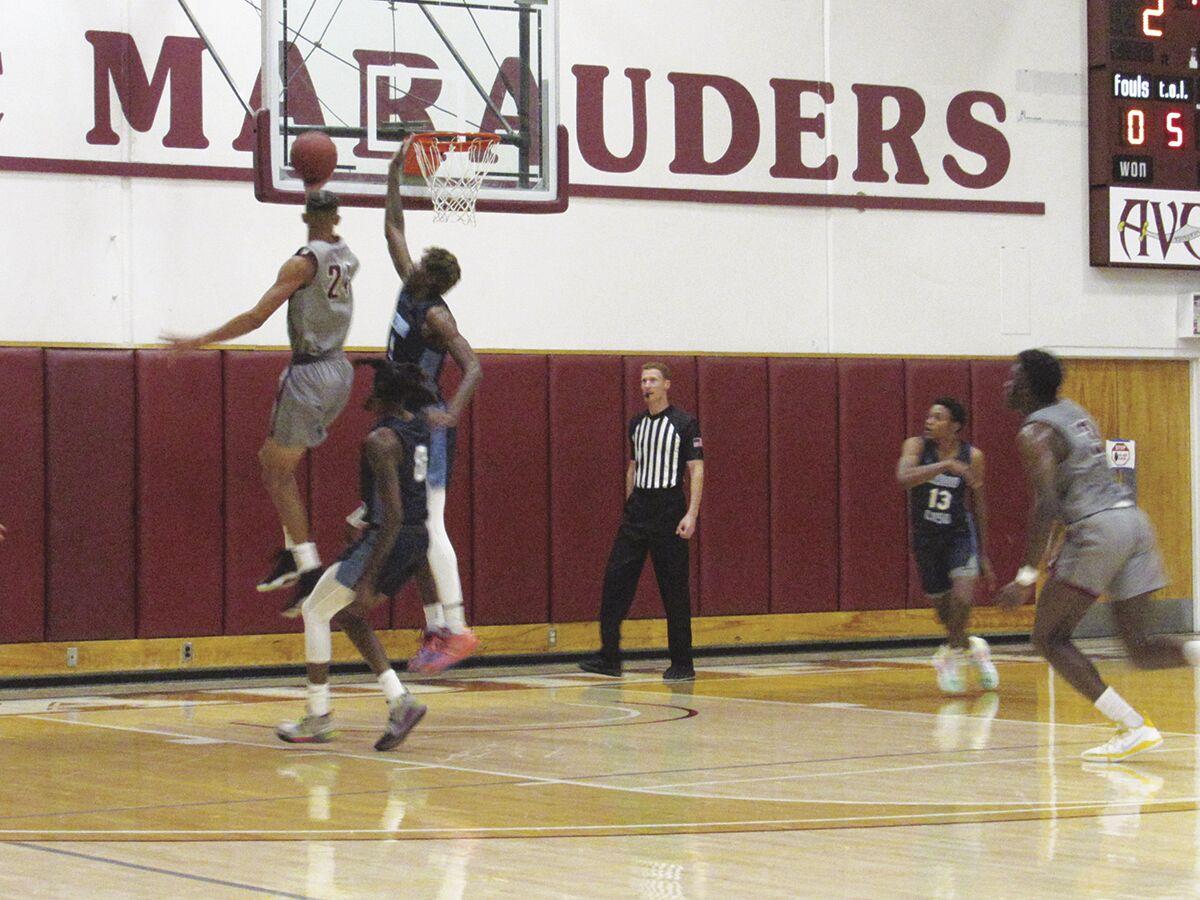 LANCASTER — It was the home opener for the Antelope Valley College men’s basketball team, but it wasn’t as auspicious as head coach John Taylor would have hoped for.

The Marauders dug themselves a deep hole in the first half and could never really recover as Cerro Coso advanced to the championship game of 69th Annual Gregg Anderson Memorial Tournament at Antelope Valley College with a 93-61 victory over AVC, Saturday night, in front a packed crowd at Marauder Gymnasium.

“When you let a team hit 15 3-pointers, you’re going to lose. We have to do a better job closing out,” Taylor said. “If we’re going to be successful we have to do that. We’re going to find out what kind of men we have when we play tomorrow.”

After AVC scored the first basket of the game, Cerro Coso smacked the Marauders in the mouth with back-to-back-to-back 3-pointers to grab a 10-2 lead. The Marauders couldn’t solve the Coyotes 3-point riddle as they knocked down 15 total 3’s in the game. For the game Cerro Coso was 15-of-25 from behind the arc.

“We didn’t execute on defense and we let their run in the first half get to us,” AVC’s Jonathan Daniels said. “The team kind of shut down. Then we gave up the first part of the second half. We have to realize the history behind this school and other teams treat a game like a championship game when they play us.”

Daniels led the Marauders with 14 points and Da’jour Lewis added 13 points off the bench for AVC. No other AVC player scored in double figures. On the flip side, the Coyotes had six players score in double figures, led by Zarius Benson-Moore, who finished with 17 points, including five 3-pointers.

“They just wanted it more than us. They hit us right away in the first minute of the game,” Lewis said. “Tomorrow (against Mira Costa), we have to come out ready to play. We have to have better defense, offense and energy. Tonight when things weren’t going our way, we had our heads down. This is not AVC basketball.”

The Coyotes maintained around a 15-point lead the entire first half until the Marauders closed the half with a run which was capped by a 3-pointer to end the half by Virgil Mahoney (seven points) to trim the lead to 45-37 giving AVC some much needed momentum.

“Not playing yesterday kind of hurt us and we haven’t played a game in almost two weeks,” Taylor said. “Cerro Coso is a good team and the way they shot the ball yesterday (against Pierce) kind of concerned me. We have to get better and figure this out sooner than later.”

Cerro Coso stopped the bleeding following the Marauders’ run to close the first half, as it opened with a 9-0 run to take a 54-37 lead. The Coyotes extended their lead to 61-42 following their ninth 3-pointer of the game and 64-44 following their 10th.

“Tomorrow we have to come out and match their energy,” Daniels said. “I know we can bounce back from this loss. This team is still a tough, gritty team. We will be better tomorrow.”