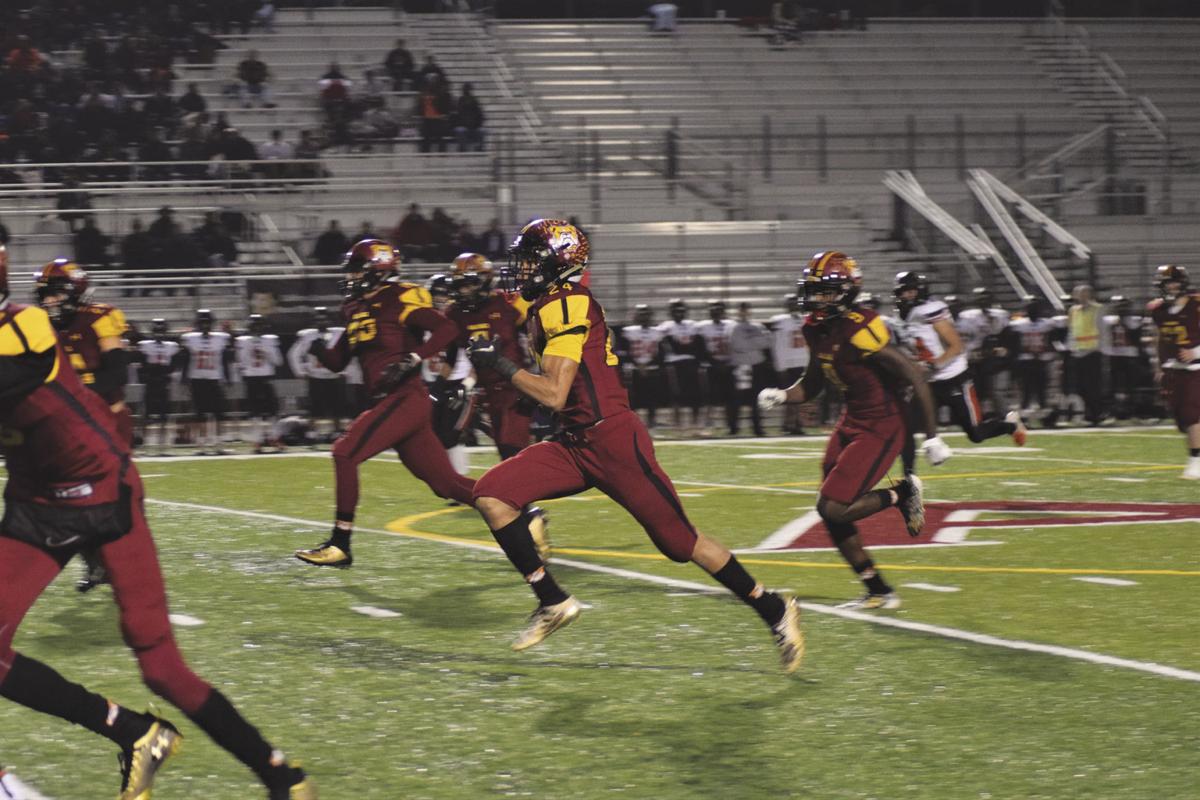 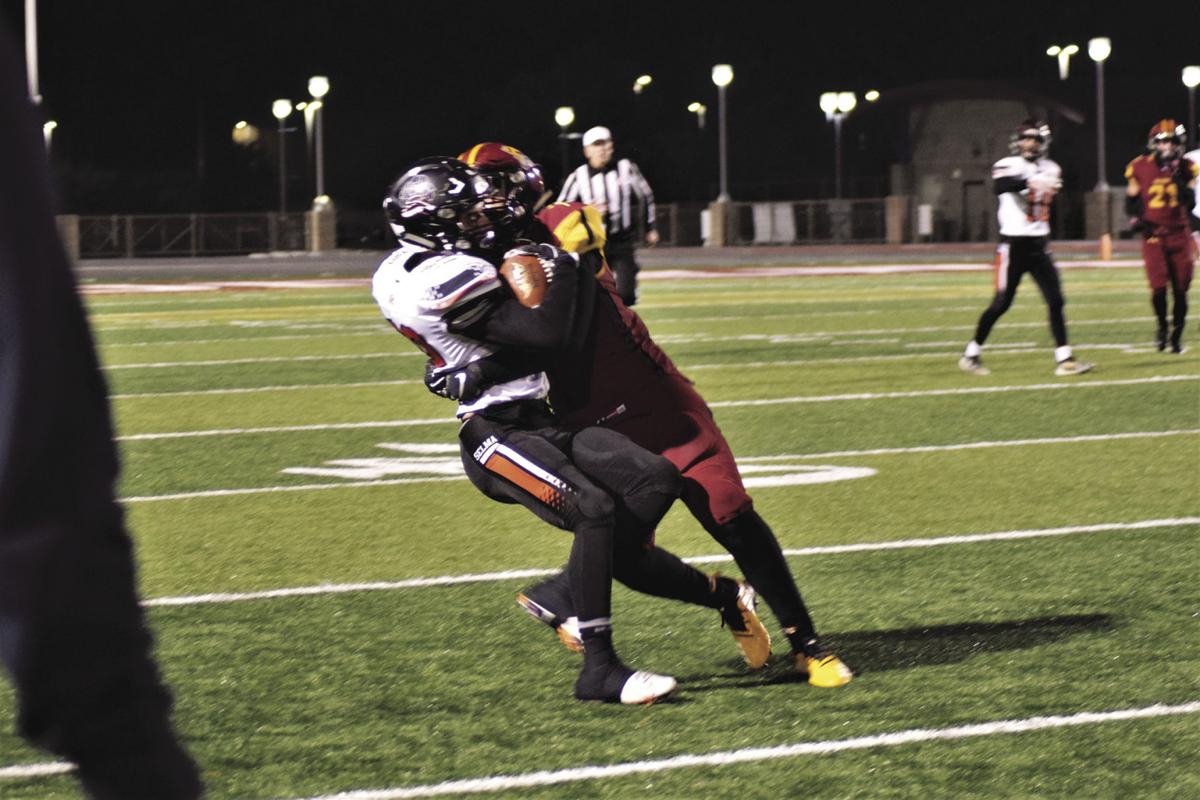 LANCASTER — For the second consecutive week, the Highland football team was lifting a championship plaque into the air after a victory.

Highland (12-3) hopes to be raising another championship plaque next week, when the Bulldogs will face Northern Regional champion Ripon on Saturday at 6 p.m. The game will likely be held at AVC again. Ripon defeated Sutter 31-14 on Friday.

“It’s been a long season, but I think we have one more good week in us,” Highland coach Richard Lear said. “One more game. If we have one more solid game we can bring Palmdale a State Championship.”

“It feels amazing,” Highland senior Daniel Brown said. “It’s so much more than it feels like.

“That second half, for us seniors, it could be our last 24 minutes. It was how we were going to be remembered.”

The Highland defense stopped Selma on the opening drive of the second half and nearly had a safety on the Bears’ second possession.

Selma was pinned at their own 1-yard line on a punt by Pecoraro and Brown appeared to tackle Selma running back Aaron Olivares in the end zone for a safety, but the officials ruled him down at the line of scrimmage.

Although the Bears eventually punted, Highland got the ball at the 36-yard line and was able to capitalize.

Brown scored on a 1-yard run to cap a 12-play drive, during which the Bulldogs converted on fourth-and-9 yards at the 12-yard line. Pecoraro completed an 11-yard pass to senior Jaycob Spiteri on the fourth-down play.

Brown did have a huge tackle on Selma’s following possession.

Brown also had the game’s first sack, for negative five yards on fourth-and-9 for the Bears.

Highland immediately capitalize on the big play, with another big play on offense.

Highland junior Joshua Clark was wide open over the middle for a pass from Pecoraro and ran 68 yards for a touchdown, giving the Bulldogs their first lead since early in the first quarter, 34-29.

Clark added an improbable touchdown run on the next possession for the Bulldogs, bursting from a pack of players at the line of scrimmage and breaking a tackle for a 45-yard touchdown run and a 42-29 Highland lead.

“It feels great,” Clark said. “It’s the best feeling I’ve ever had.

“All week, every week, all we do is work hard. It feels good to see hard work pay off.”

The Bulldogs had 196 yards in the second half and finished with 430 total,

“It was definitely a team effort. We didn’t rely on one guy. I thought we were pretty balanced.”

Highland had a disastrous start to the game, turning the ball over on the first play of the opening drive.

Selma defensive lineman Izaiah Perez tipped a pass at the line of scrimmage and intercepted it.

The Bears were unable to capitalize on the turnover and turned the ball over on downs when they failed to convert on fourth-and-14.

The Bulldogs did capitalize on their second possession, when Pecoraro threw a 62-yard touchdown pass to senior Isaiah Creech. Pecoraro was under pressure and in the grasp of a defensive player when he threw the short pass, giving Highland an early 8-0 lead.

The lead was shortlived as the Bears answered on the following possession, as well as their next drive to take a 15-8 lead late in the first quarter.

Creech was able to answer on the first play of the ensuing drive for the Bulldogs, their fourth possession of the game.

Creech scored on a 63-yard run, cutting the Bears’ lead to 15-14 as the Bulldogs failed on a 2-point conversion.

Selma answered with touchdowns on their next two possessions, including forcing a Highland turnover, its second of the game.

The third touchdown pass, which gave the Bears a 29-14 lead, came on fourth-and-3 and was a play after Creech almost intercepted a pass.

Highland cut into the deficit with 5:21 remaining in the second quarter, when senior Demarius Jamison caught a short pass from Pecoraro, stiff-armed a defender, raced down the Highland sideline and turned it into a 79-yard touchdown.

Creech had seven carries for 91 yards in the first half and finished with 120 yards on 15 carries.