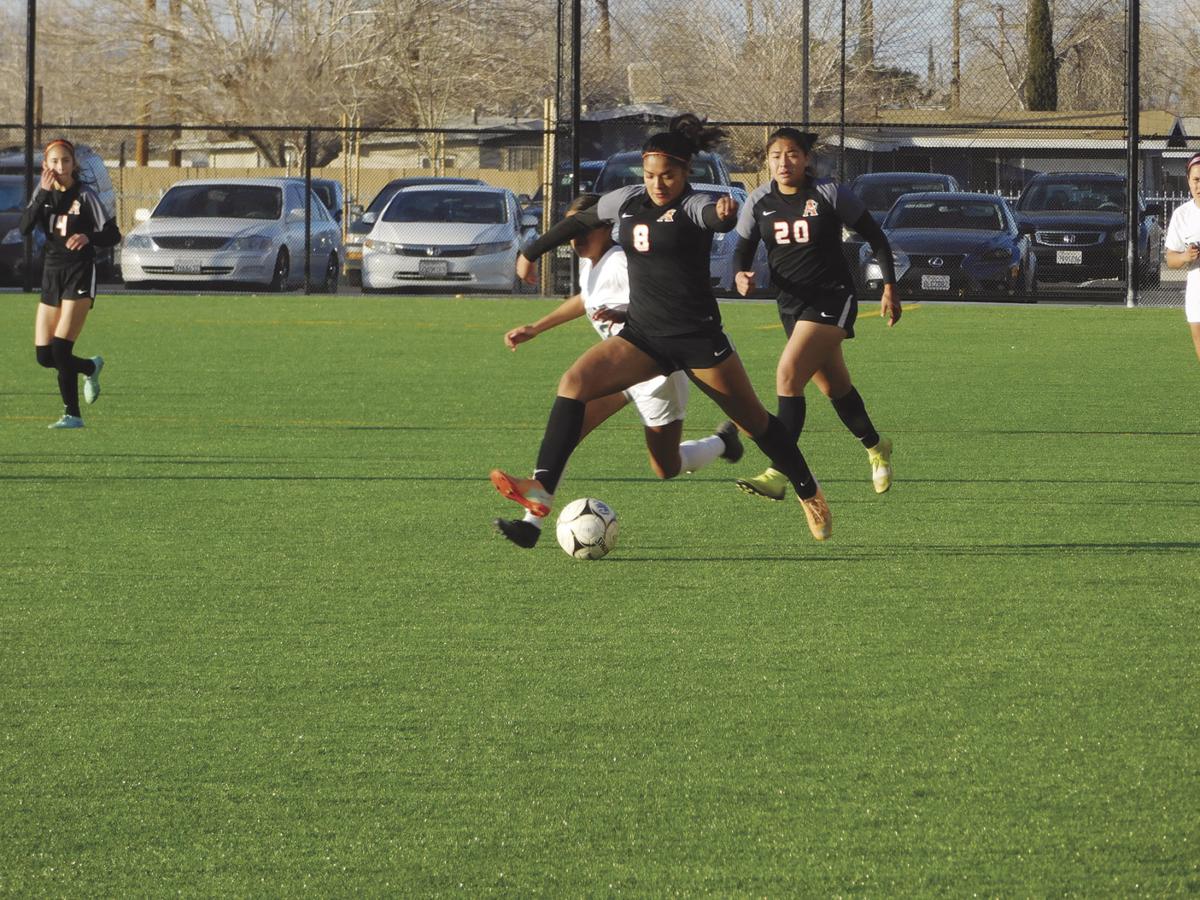 CLEARED — A Palmdale Aerospace Academy player clears the ball away from a Schurr player as the Griffins’ Cihomara Esquivel (20) looks on. 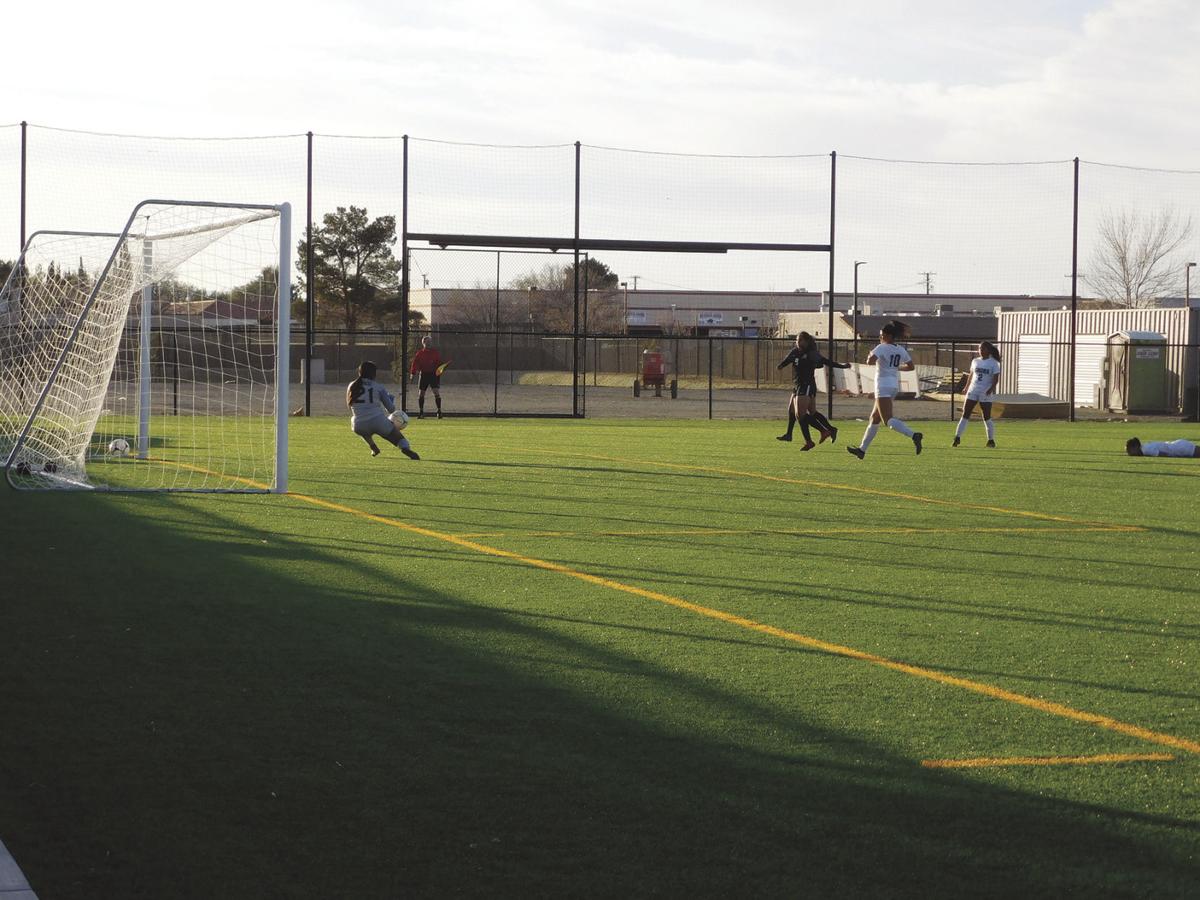 CLEARED — A Palmdale Aerospace Academy player clears the ball away from a Schurr player as the Griffins’ Cihomara Esquivel (20) looks on.

PALMDALE — The Palmdale Aerospace Academy girls soccer team defeated Schurr 1-0 in the first round of the CIF-Southern Section Division 6 playoffs on Thursday.

“I feel great,” TPAA junior Brianna Gonzalez said. “We’re ready for the next round.”

The game was scoreless for the first 35-plus minutes. Just before halftime, Gonzalez kicked a slow roller into the left side of the goal for the lead after a pass from senior Johanna Guillen.

“I got the ball in the middle, took like two touches and I passed it to her and she just had an open shot,” Guillen said.

Gonzalez’s kick trickled into the left side of the goal past the outstretched arms of Schurr’s diving goalkeeper.

“I was second-guessing it,” Gonzalez said. “I wasn’t sure until I looked up and I just remembered all these players, coaches have been telling me, ‘If you see the goal open, just shoot.’ I just shot it and the next thing you know it went in.”

The two players were happy to have been a part of the winning goal together.

“She’s my role model right here,” Gonzalez said as she put her arm around Guillen.

Added Guillen: “It felt good to pass it to her.”

The Griffins (17-2) had several other chances to score, but their shots were often stopped by the Schurr goalkeeper or cleared by the defense.

TPAA senior Cihomara Esquivel was often in the mix, trying to give her team better chances to score.

Otieno was proud of the way his team played throughout the 80 minutes.

“It was a tough game, it could have gone either way,” he said. “The other team just kind of took us off our element a little bit. We play a lot of touches, they were playing a lot of high balls, air balls, so every time we attacked they would get the ball to go high. So we had to adjust to that.”

Otieno noted that Gonzalez got the goal because the team started playing their type of game with quick touches and passes.

“I told them to be tactically smart, just hold on, take the win,” Otieno said. “Because if you risk it, they will come at us.”

The Griffins’ defense played a strong game, never letting any balls get close to the goal or goalkeeper Priscilla Chavez, who earned the shutout.

The defensive line of seniors Mirka Escalante and Crystal Molina and freshmen Jennifer Hernandez and Lilliana Monroy, all worked well together to keep the game scoreless.

“I’m happy with my defense, they did good,” Otieno said.

The team has a lot of seniors, but also a lot of underclassmen.

“Some players on this team actually improved a lot, so I’m proud of them,” Guillen said.

The Griffins will play at home against Ontario Christian on Saturday in the second round of the playoffs. After winning their third straight undefeated Heritage League title, the Griffins want to keep their season going.

“Just continue doing what we do, touching around, playing back, talk,” Guillen said.

Added Gonzalez: “Make sure we get our carbs in, protein in, rest up, because Saturday is next.”