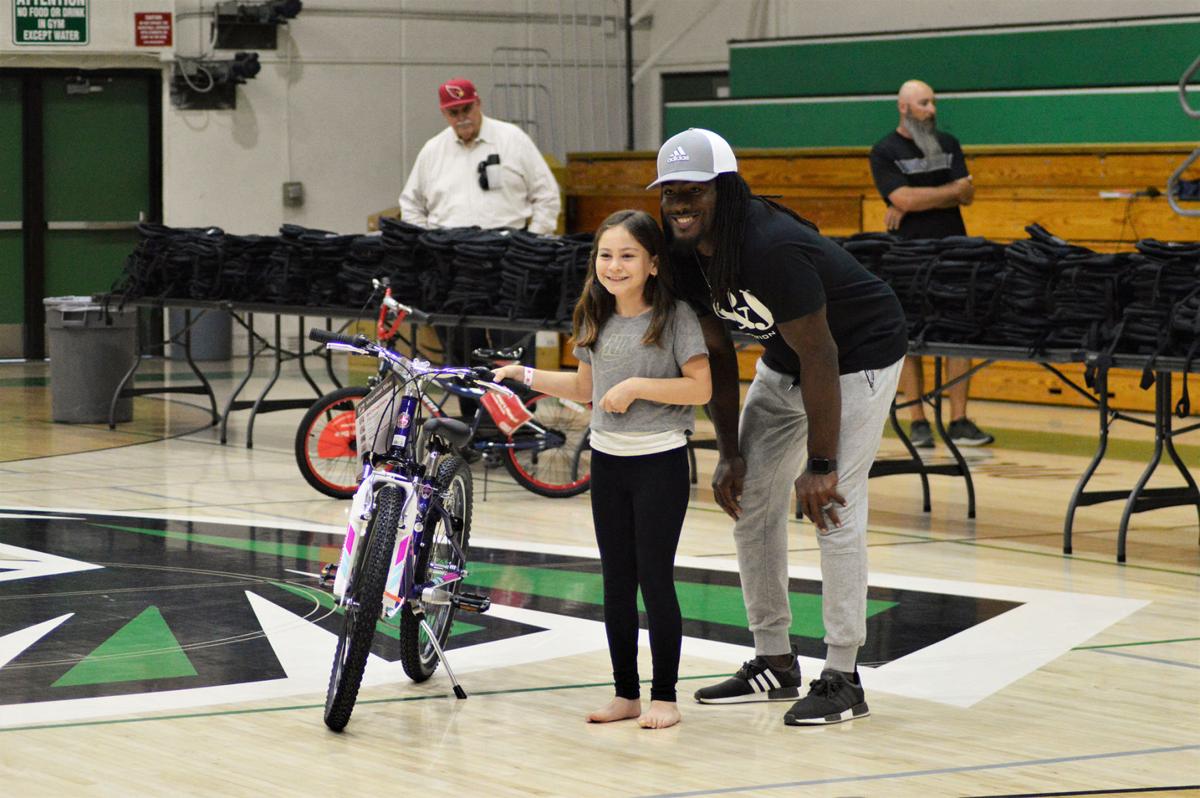 giving back — Palmdale High graduate and NFL veteran Josh Shaw returned to Palmdale High to give away backpacks and prizes to kids on Saturday, including this bicycle. 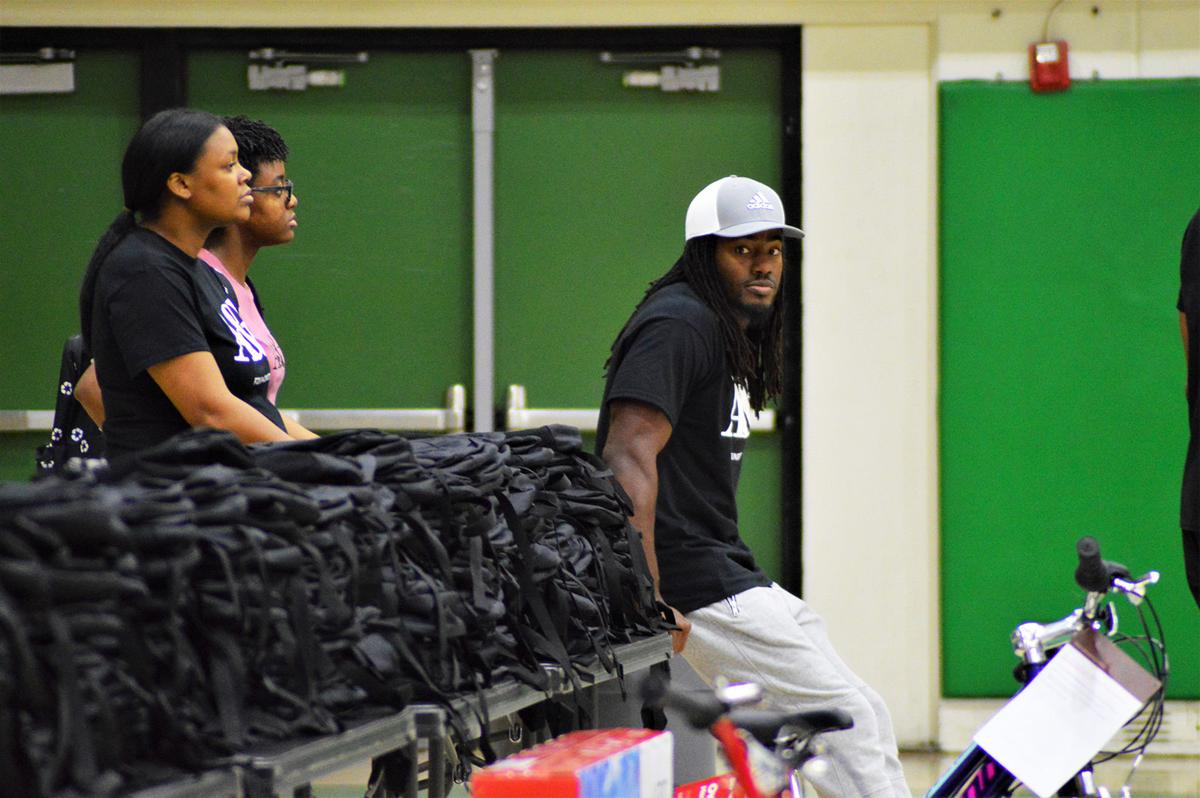 giving back — Palmdale High graduate and NFL veteran Josh Shaw returned to Palmdale High to give away backpacks and prizes to kids on Saturday, including this bicycle.

Christmas in July came to the Phelps Fieldhouse at Palmdale High School Saturday.

But that wasn’t all.

Midcourt looked like the space under a Christmas tree, with a 50 inch flat screen TV, bicycles, Apple watches,  a Play Station 4 and  an IPad all going home as bonuses in the hands of awestruck children.

Former Falcon football legend Joshua Shaw and his wife, Angela, made sure their second annual backpack drive  blew the inaugural one in 2018 out of the water.

“They’re just going to keep giving more and more back to their hometown.”

Before the backpacks were distributed to children who had pre-registered, several quizzes and games were conducted to give away the big-ticket items.

Knowing how many glasses of water are recommended by doctors to be consumed every day — eight — won one student an Apple watch.

An IPad went to a student who correctly identified Mount Everest as the tallest mountain on Earth.

Middle school student Avi Guzman had to work the hardest.

In a game of one-on-one basketball with Josh Shaw, Guzman dribbled herself into trouble, turned and buried a hook shot in the lane over the Arizona Cardinals defensive back to win the PS4.

Douglas Sanchez of Palmdale, 9, was barely bigger than the Vizio 50-inch flat screen TV he won.

From the backback drive last summer, the A&J Foundation went on to brighten dozens of Valley families lives with Thanksgiving baskets, and a Christmas toy drive.

Now plans for field trips are being organized.

The A&J Foundation, celebrating a love affair between Josh and Angela that dates back to their school days, grew by leaps and bounds even as Shaw was persevering through the most tumultuous year of his professional career. He parted ways with the Cincinnati Bengals who drafted him into the NFL in 2016, and later was waived by the Kansas City Chiefs and the Tampa Bay Buccaneers.

“They say the NFL stands for ‘Not For Long’,” said Angela Shaw, who’s pregnant with the couple’s third child. “That’s never going to affect how much we care about Palmdale and want to help these kids.

“When you have moms come up to you thanking you and saying they could never afford to buy these supplies, that’s what it’s all about.”

Her husband has a sparkle in his own eye these days, as he prepares to depart for Arizona Cardinals training camp in 10 days.

Shaw said he feels the best he ever has  as he approaches his fourth NFL training camp.

“For me, it’s not about me,” Shaw said. “it’s about the younger ones and giving them inspiration,  you know, showing them that they can be whatever they want to be, as long as they put the work in.

“Stay dedicated, and they can get to wherever they want to.”