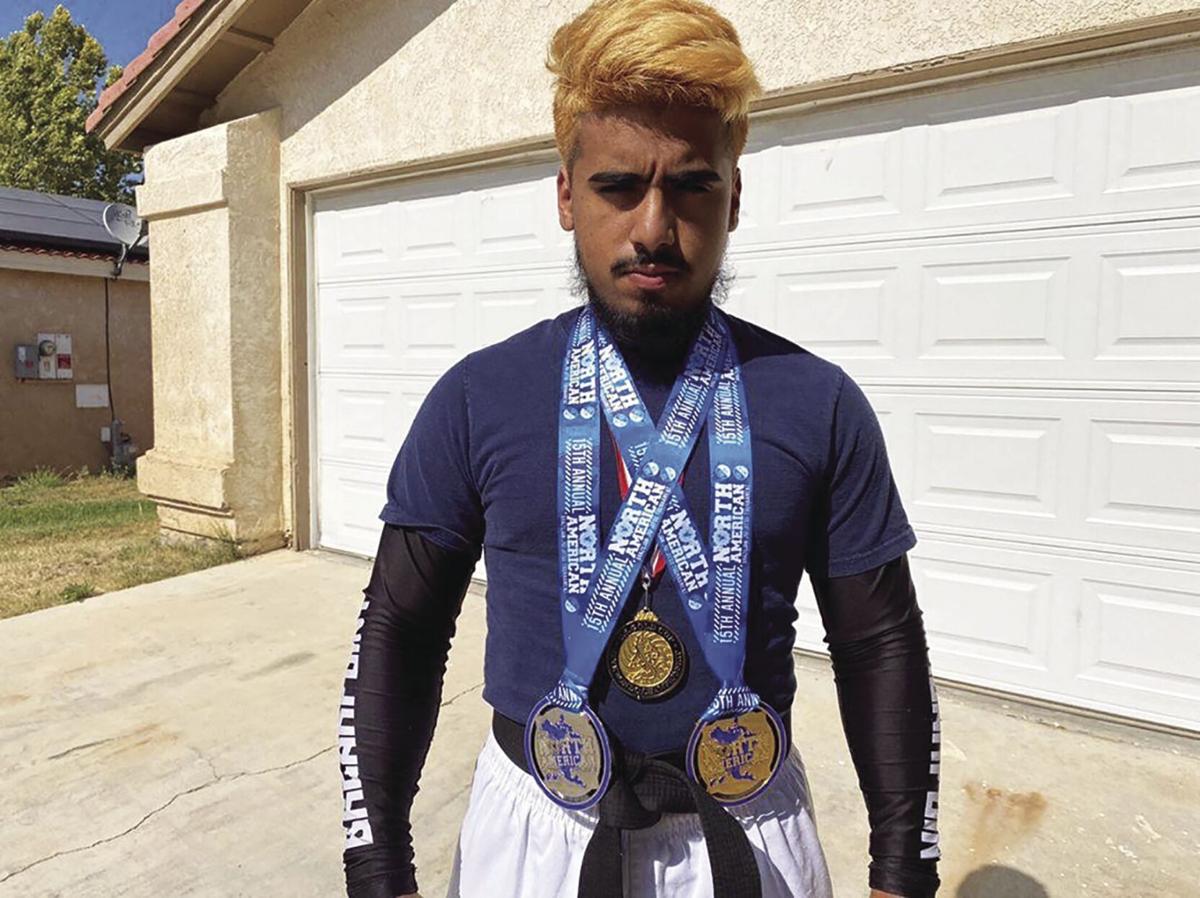 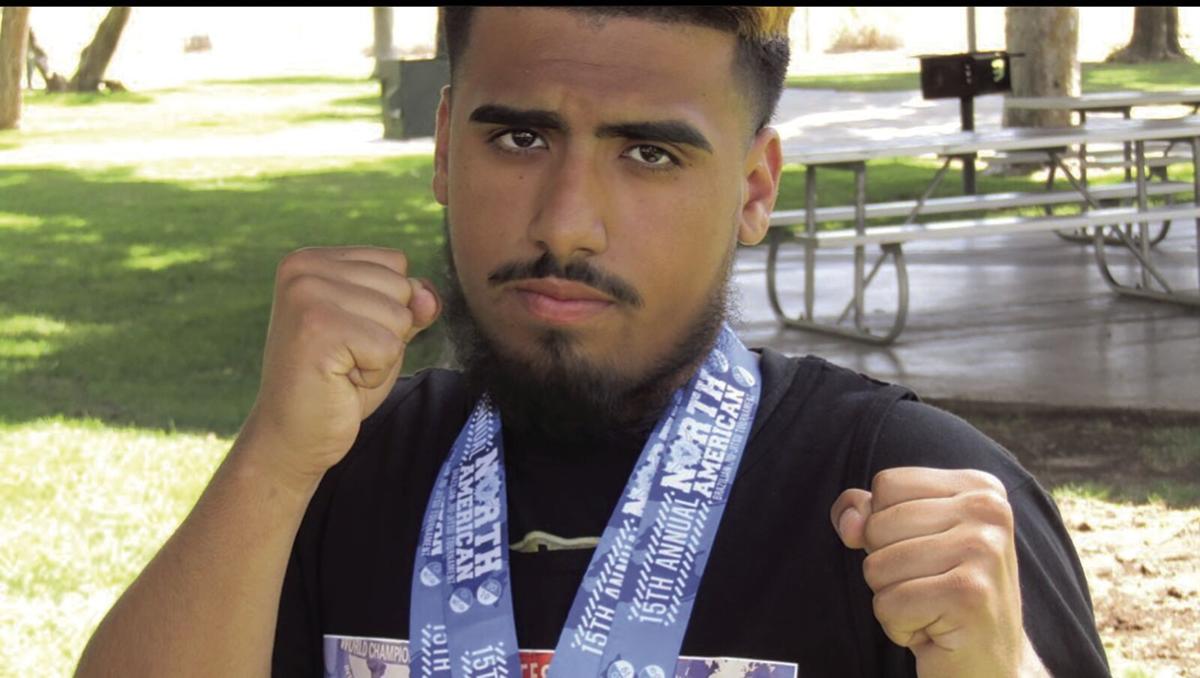 MOVING UP —Lancaster resident Armando Martinez, 17, will take part in his final jiu jitsu tournament, just after his 18th birthday, in August before starting his MMA amateur career.

MOVING UP —Lancaster resident Armando Martinez, 17, will take part in his final jiu jitsu tournament, just after his 18th birthday, in August before starting his MMA amateur career.

Martial arts has not only helped instill discipline and purpose for Armando Martinez, but it has also given him a goal beyond high school graduation.

The 17-year-old Lancaster resident began practicing taekwondo 10 years ago and has since started studying jiu jitsu, kick boxing and boxing.

After his older brother introduced him to the Ultimate Fighting Championship four years ago, Martinez has had the goal of competing in mixed martial arts and ultimately UFC.

“Four years ago my brother introduced me to the UFC,” Armando said. “I have a dream to go to the UFC and compete at that level.”

Armando said he is scheduled to compete in his final jiu jitsu tournament in Seal Beach on Aug. 8-9 and he would like to schedule his MMA debut for later this year.

“I have a lot of supporters here as well that want to see me go for my career,” Armando said.

Anthony Martinez, who has been practicing martial arts for 37 years, got his own children involved and suggested the same for his sister’s children.

“I told my sister, ‘It’s time to get them into something productive,’” Anthony Martinez said. “It’s good for them. They learn more. (Armando) is a quick learner. He’s always been a good kid. He’s very hungry too. I’m happy for him. He’s excited.”

Anthony Martinez said he saw the positive influence martial arts had on his nephew.

Anthony Martinez said he teaches all disciplines and added that Armando is undefeated in both taekwondo and jiu jitsu.

Armando has a black belt in taekwondo and started jiu jitsu two years ago.

“My uncle taught me everything I know,” Armando said. “I just fell in love with it.

“I won a tournament and just fell in love with it. I felt it was a way to go further with my skills. At first I was a little nervous. I didn’t know how it was going to go. I started training more and more. I started getting more confident.”

Armando, who will turn 18 on Aug. 1, said when he won in a world tournament in Las Vegas, he was convinced he could go further.

Armando said he was 16 before competing in his first tournament, where he placed second, competing as a high brown belt.

“I wasn’t ready for the tournament,” Armando said. “I felt like I didn’t train as hard as I should have or could have. After that tournament I started training more and more. I got more confident in my skills after that.”

He has since earned medals from the World Taekwondo Federation tournament and the North American Jiu Jitsu tournament in Norwalk last August.

“I definitely felt great,” Armando said. “I gathered my thoughts, put everything on the line and eventually became victorious.”

Armando said he has been thinking of competing in mixed martial arts for four years.

His dream of competing in the UFC made him expand his knowledge of mixed martial arts, learning new styles.

“I wanted to expand my technique more so I could get ready for MMA,” Armando said. “After (learning jiu jitsu), I did kickboxing and boxing to get ready as well.”

“That’s when I knew it was going to be serious,” Armando said.

“After that I rest a little bit and after that I go for a little run,” Armando said. “It’s been going good. It’s hard at times. You just remember what you’re aiming for and what dreams you’re trying to achieve. It’s helped my confidence more and more.”

“My sister went to it a long time ago and they recommended it to me,” Armando said.

Armando was originally attending the campus in Long Beach and living in a dorm, but it has moved online during the Coronavirus pandemic.

“It’s a little harder,” Armando said of the virtual learning. “The move was really hard. You have to come back out here.”

Armando said he is on track to graduate before the end of the year.

He was on the track team his freshman year and played baseball and football his sophomore year.

“I had so much fun playing it,” Armando said. “Football, it just wasn’t working out for me.”

Armando said as soon as he graduates high school he will start training full time. He has already secured four sponsors.

“We’re going to get his last grappling match and then start his amateur career,” Anthony Martinez said. “This is where you find out what you are made of. He’s a very determined kid. He’s very hungry.”