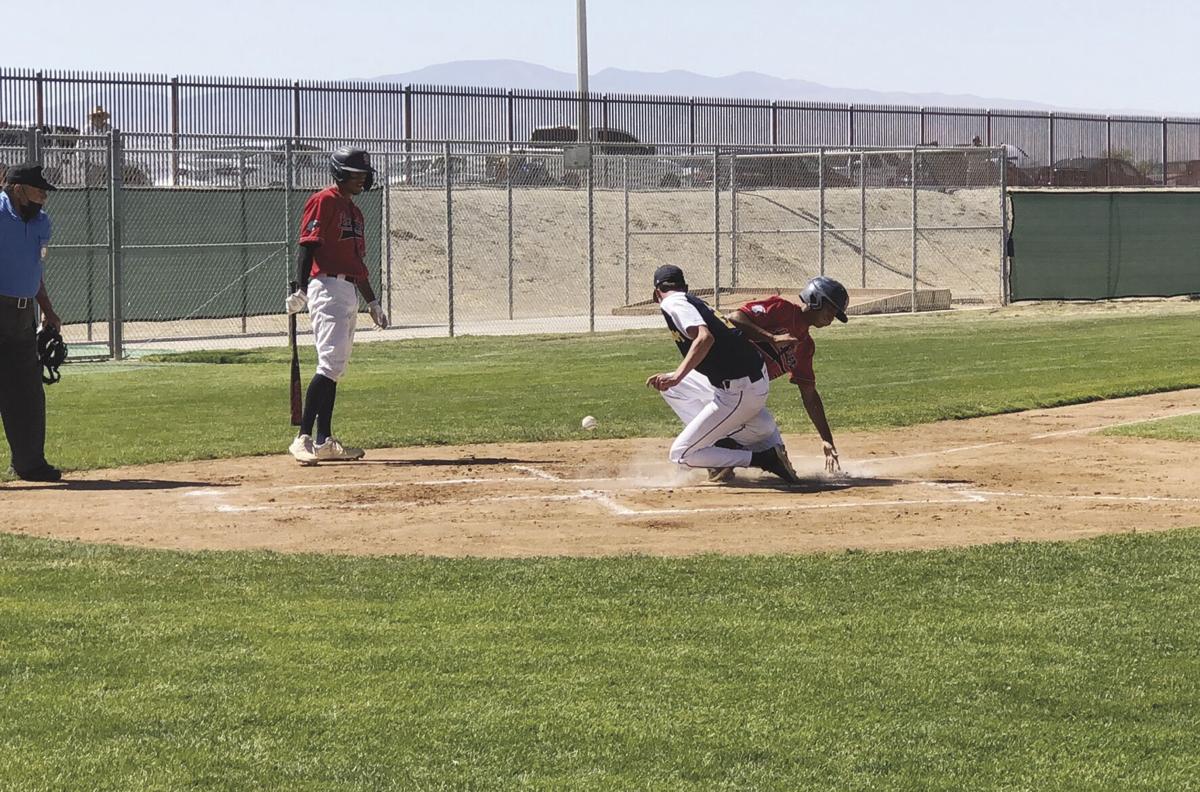 SAFE! — Lancaster’s Vinny Gonzalez (right) scores on a wild pitch after hitting a triple as the ball gets away from Tarbut V’Torah pitcher Jared Maister (center) in Thursday’s CIF-Southern Section Division 7 quarterfinal game. The Eagles won 12-3 to advance to the semifinals. 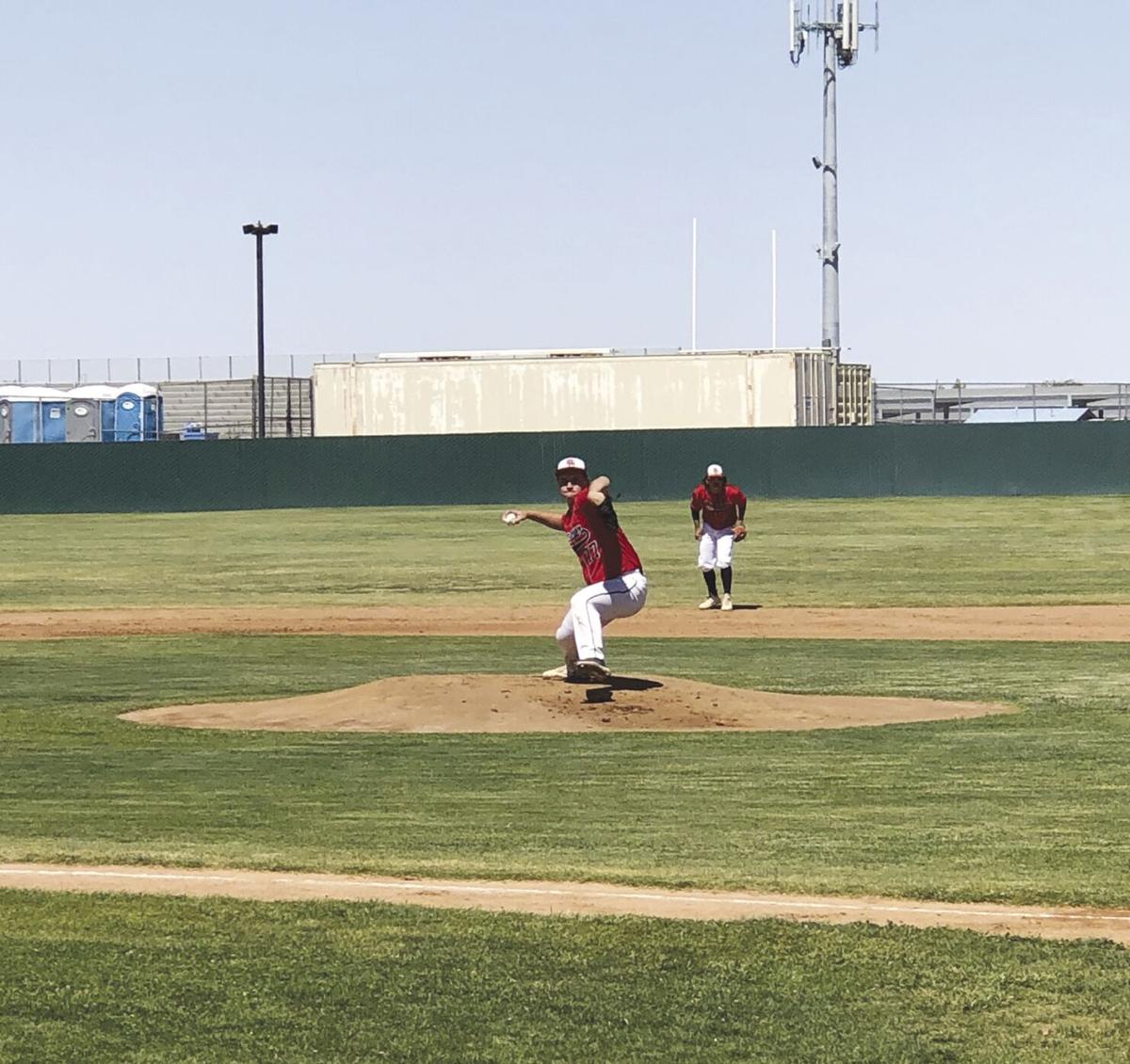 STRONG OUTING — Lancaster starting pitcher Logan Fekety delivers a pitch to Tarbut V’Torah in a CIF-Southern Section Division 7 quarterfinal game at Lancaster High on Thursday. The Eagles won 12-3 to advance to the semifinals on Tuesday. 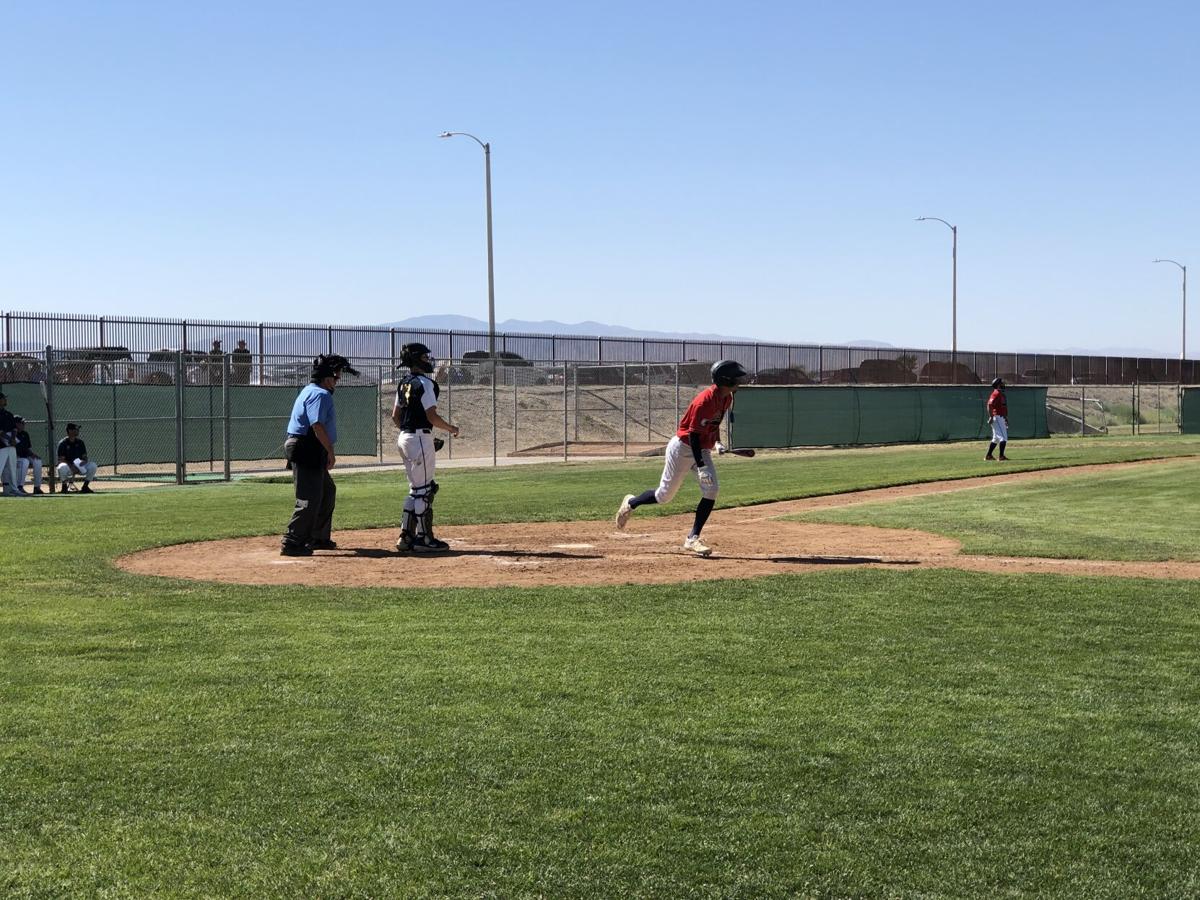 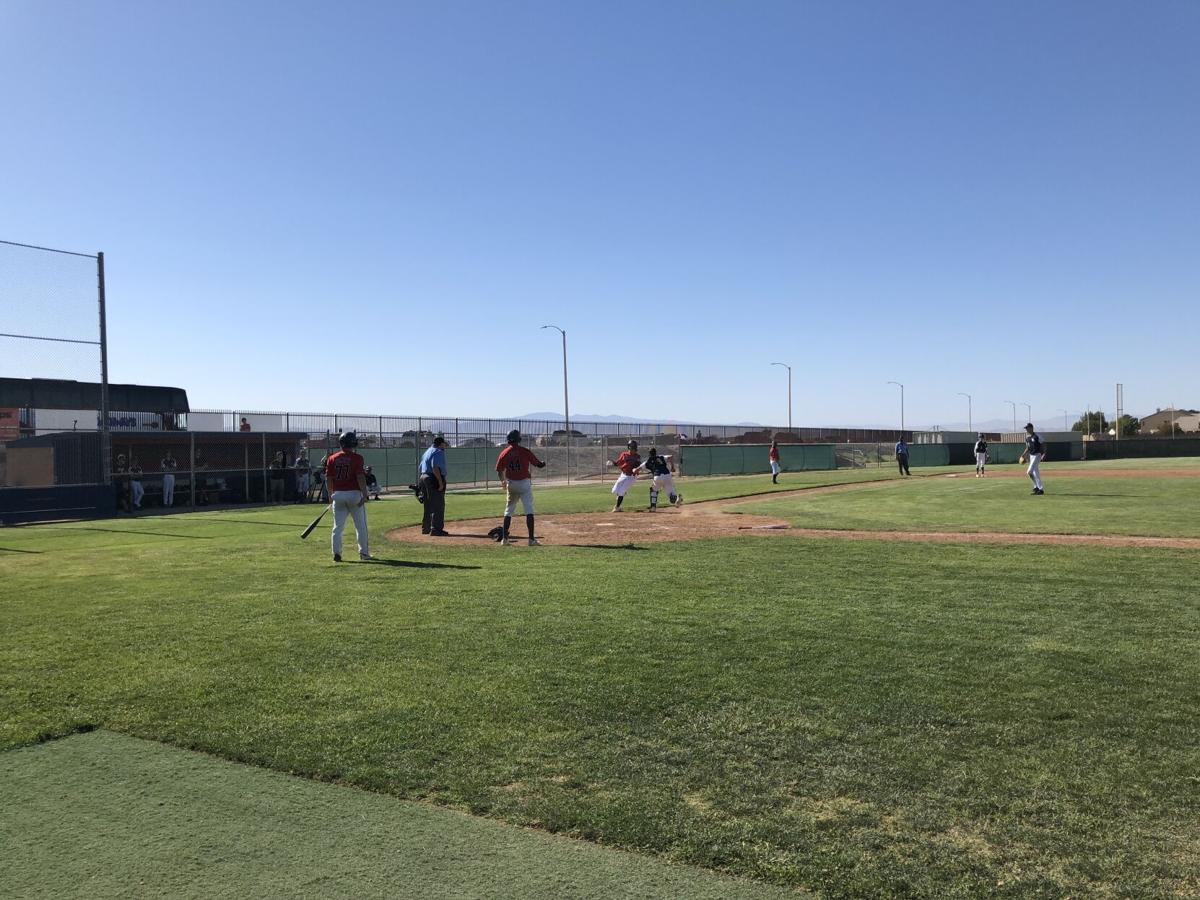 SAFE! — Lancaster’s Vinny Gonzalez (right) scores on a wild pitch after hitting a triple as the ball gets away from Tarbut V’Torah pitcher Jared Maister (center) in Thursday’s CIF-Southern Section Division 7 quarterfinal game. The Eagles won 12-3 to advance to the semifinals.

STRONG OUTING — Lancaster starting pitcher Logan Fekety delivers a pitch to Tarbut V’Torah in a CIF-Southern Section Division 7 quarterfinal game at Lancaster High on Thursday. The Eagles won 12-3 to advance to the semifinals on Tuesday.

LANCASTER — The Lancaster baseball team’s lineup lived up to its motto "No one needs to be great if everyone is good."

The Eagles showed depth in their batting order and on defense during a 12-3 win over Tarbut V’Torah in a CIF-Southern Section Division 7 quarterfinal game on Thursday at Lancaster High School.

Lancaster (16-9) advances to the semifinals for the first time since 2009 and will face the winner of today’s Vasquez/Western Christian quarterfinal game in the semifinals on Tuesday.

“Kind of one of our mottos is ‘No one has to be great if we’re all good,’” Lancaster coach David Fischenich said. “They take it to heart. They know that the guy behind them is good enough to get the job done. We know that we don’t have to be great at any spot. We’re all good and we’ll take care of each other. We’re a really good, solid team. We work together very well.”

The Eagles established their offense from the beginning in the bottom of the first and then broke the game open with six runs in the fifth.

Lancaster leadoff batter Vinny Gonzalez led off the first with a triple and scored on a wild pitch. Gonzalez also drew two walks and scored both times.

Although Tarbut V’Torah (16-3) tied the game at 1-1 in the second, Lancaster answered with two runs in the bottom of the frame.

Austin Whitaker singled to drive in Fekety and Murawski took third. Whitaker looked like he could have stolen second, but pulled up short and was caught in a rundown long enough between first and second to allow Murawski to score before Whitaker was tagged out to end the inning.

“I feel like we really imposed our will early on,” Fekety said. “We picked up what the lefty was doing on the mound. He had a funky arm angle. It didn’t matter. We came together, rallied and never looked back.

“Our coach has a motto ‘If everyone is good, no one has to be great.’ That’s what we really did today. We took it to heart.”

Lancaster took a 6-2 lead with three runs in the third inning.

Gonzalez led off the inning with a walk and Brian Richards followed by getting hit by a pitch. Senior Isaiah Pruitt followed with a two-run triple over the center fielder’s head, despite momentarily stopping at second. Pruitt scored on a wild pitch.

“It feels pretty good,” said Pruitt, a third-year varsity player. “I feel that we worked hard for it.

“Baseball is a team sport. We all have to take part in our victory. My coach says ‘Iron sharpens iron, as a brother sharpens a brother.’ We all contribute to wins and play hard.”

Tarbut V’Torah senior left-handed starting pitcher Jared Maister hit the first two batters in the fifth, Pruitt and Pete Hebert, and Jack DeLeuw followed with a double, driving in one, as Hebert was thrown out at home.

Fekety followed with an RBI single and scored when Murawski reached on an error. Whitaker, who finished 2-for-3 batting ninth, hit an RBI single.

Richards capped the scoring with a two-run single.

“That’s the farthest our school has ever gone, I’m pretty sure,” said Fekety, who finished 2-for-2. “We’re going to try to keep it going until the very end.

“When our (last) season was canceled, I was heartbroken. I really wanted to play. Some of these guys, this is their last year. I’m glad they got to experience this.”

“If I could just limit the walks a little bit more, then I could definitely be in the game longer,” Fekety said. “I feel that I did good, limiting hard contact, just got to get the bases on balls down.”

Murawski threw three scoreless innings of relief, giving up two hits and one walk, striking out one.

“Defensively, we’ve kind of gone over the hump and have been playing really good defense right now and that helps because we’re going to throw strikes on the mound,” Fischenich said. “Guys are going to hit the baseball. Defensively today, Isaiah in center. I think we struck out one guy, so we had to make 20 outs today, defensively. So hats off to those guys defensively.”

Gonzalez turned a 6-3 double play in the third inning and Pruitt made two spectacular diving catches in center field.

“I think we picked it up more in the playoffs, towards the end,” Pruitt said. “We’re coming together more as a team.”

The Eagles finished fourth in the Golden League, while the Lions won the Academy League this season.