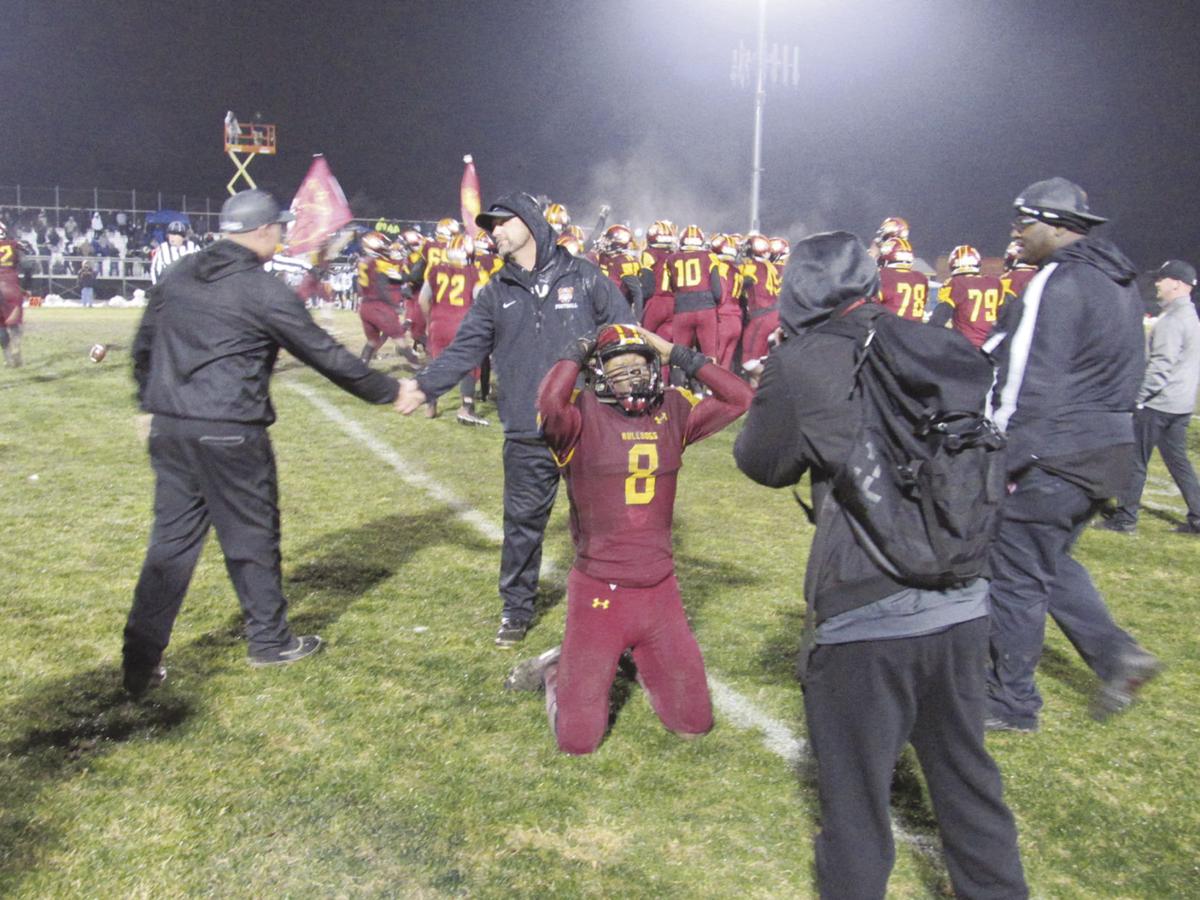 DREAM COME TRUE — Highland senior wide receiver Darius Wilson (8) celebrates the Bulldogs’ 24-12 victory over North Torrance in the CIF-Southern Section Division 9 championship game on Saturday. Behind him, Highland coach Richard Lear is congratulated with a handshake, while the rest of the team celebrates in the background. 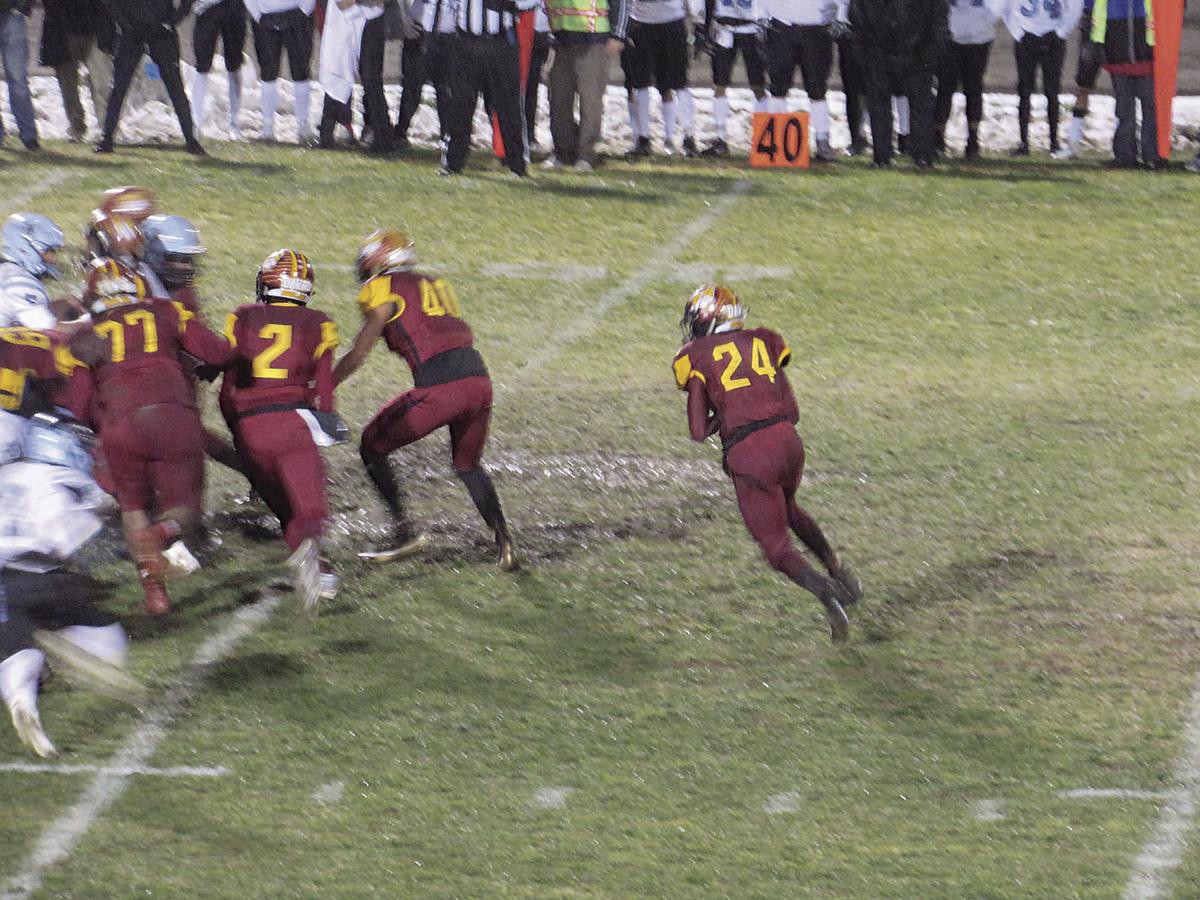 DREAM COME TRUE — Highland senior wide receiver Darius Wilson (8) celebrates the Bulldogs’ 24-12 victory over North Torrance in the CIF-Southern Section Division 9 championship game on Saturday. Behind him, Highland coach Richard Lear is congratulated with a handshake, while the rest of the team celebrates in the background.

Richard Lear has thought about it. Isaiah Creech has obsessed about it.

On Saturday, on a rainy, sloppy, muddy night, Lear said his Bulldogs, “slammed it shut.”

Redemption. You could say that.

Highland got its redemption and won its first CIF championship as it scored all the points it needed in the first half and held on for a 24-12 victory in the finals of CIF-Southern Section Div. 9 on a chilly night at Highland High School.

“We finished it. These boys showed so much resilience. I’m so proud of them,” said Lear. “Without a doubt this is the biggest victory of my career. This is what we work for.”

Both teams were playing under the worst of conditions as they played on a muddy field from Thursday night’s snow and a steady rain throughout the game. Lear and staff spent several hours shoveling off snow prior to the game.

And the weather conditions were felt by both teams as they combined for seven turnovers.

The Bulldogs (11-3) struck first in the first quarter as they were more accustomed to the elements than were the visiting Saxons from Torrance. Daniel Brown took the handoff on offensive coordinator Todd Fink’s daunted double wing and scampered 42 yards for the first score of the game as the Bulldogs led 6-0.

Highland struck again later in the quarter when North quarterback Trevor Lagarde fumbled an attempted pass, which was scooped up by Jamal Jones who sprinted 26 yards for the touchdown and a 12-0 lead.

Things went from bad to worse for the Saxons as they fumbled again on their next possession and Darius Wilson rumbled in from 38 yards out for an 18-0 lead. North’s crowd was stunned as the Bulldogs led 18-0 after one.

“All week was just focus. We waited all year to accomplish this. All glory to God. We missed this feeling last year,” said Creech, who finished with 89 yards rushing. “I’m so happy. My line, my quarterback. I want to thank everyone. I’m feeling great. It’s amazing.”

With the victory, the Bulldogs will have a state regional game against an opponent to be determined with the chance to play for a state title.

“These guys deserve it. I think we had one of the toughest routes to the finals,” Lear said. “They rose to the challenge. Last year we were so close.”