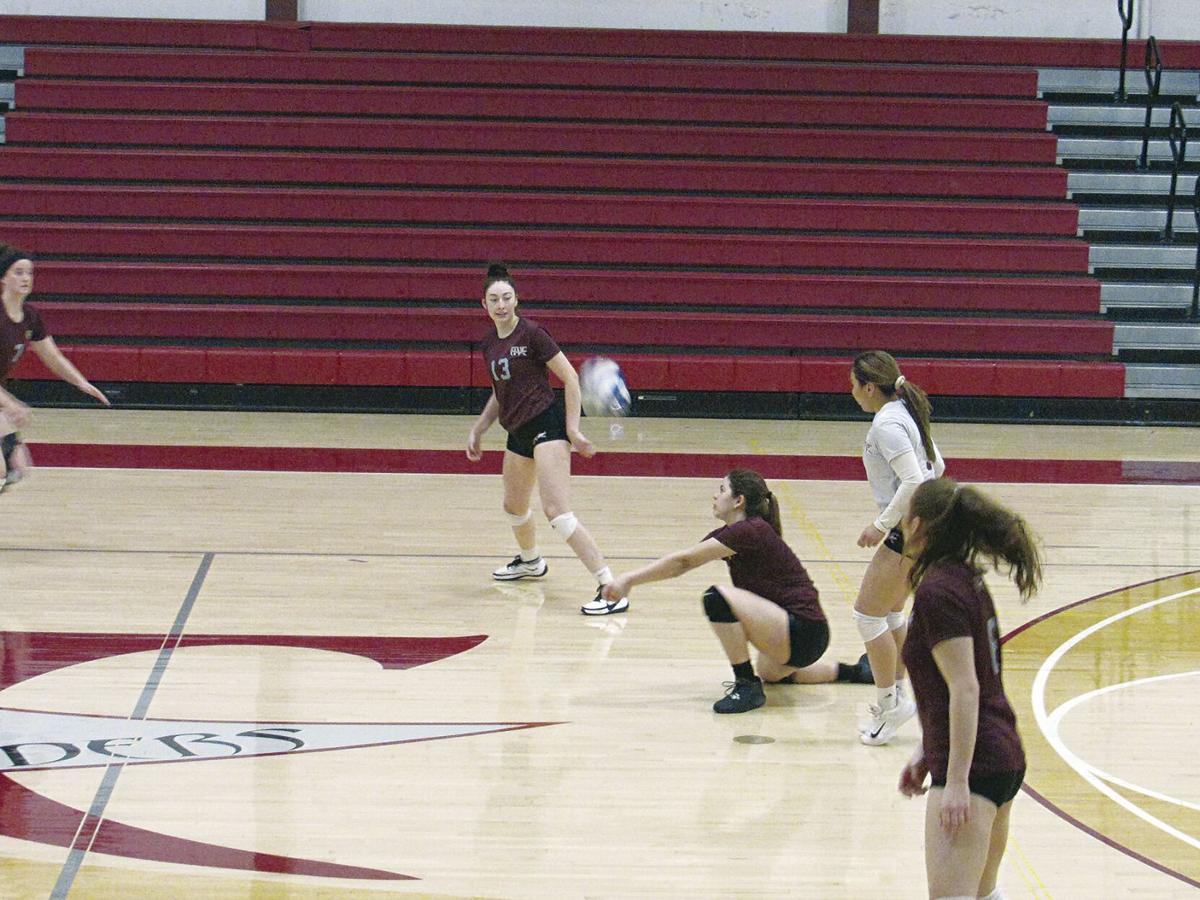 DIGGIN’ IT — Antelope Valley College women’s volleyball player Victoria Gomez digs out a ball against College of the Sequoias on Friday. Gomez had 16 digs in the Marauders’ 3-1 loss. 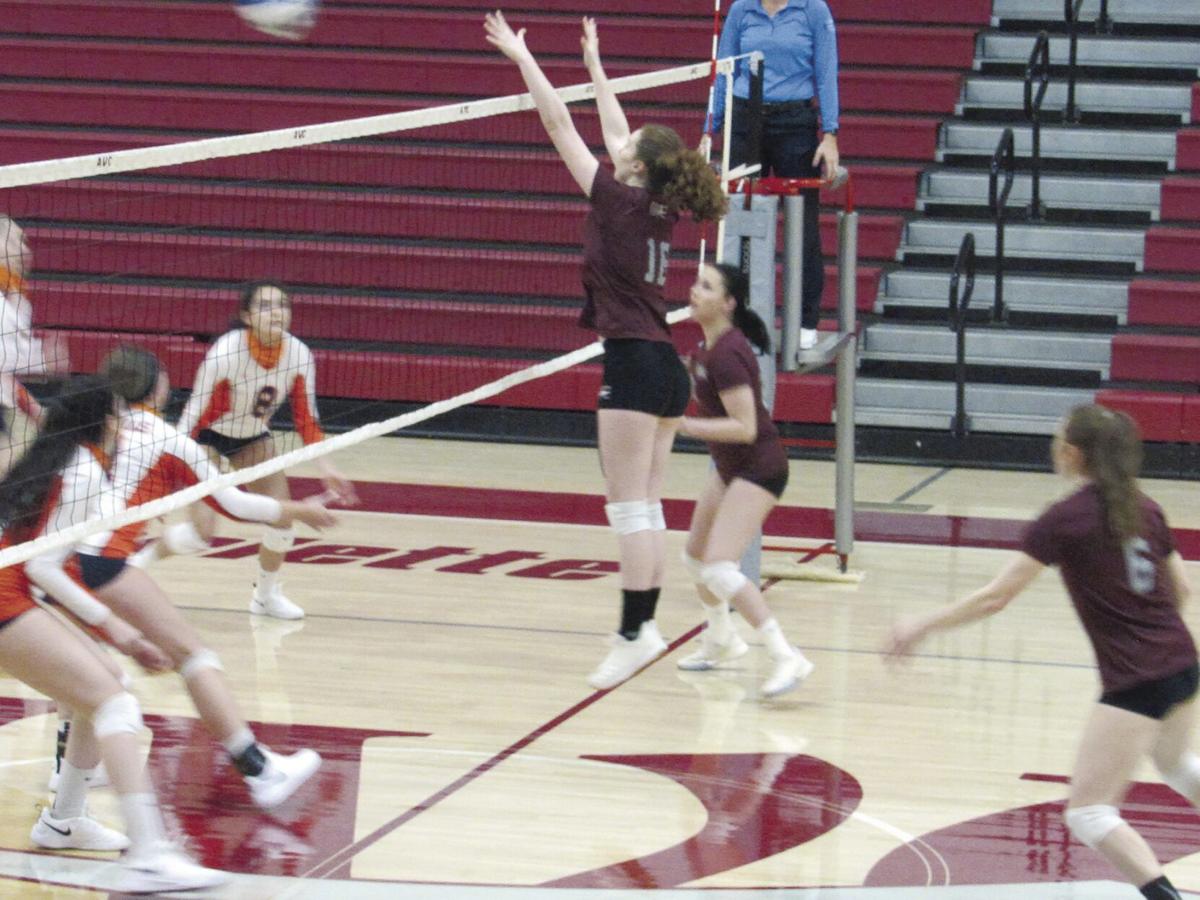 BLOCK — AVC’s Alaura Bengle (16) goes up for a block against COS on Friday.

DIGGIN’ IT — Antelope Valley College women’s volleyball player Victoria Gomez digs out a ball against College of the Sequoias on Friday. Gomez had 16 digs in the Marauders’ 3-1 loss.

BLOCK — AVC’s Alaura Bengle (16) goes up for a block against COS on Friday.

LANCASTER — It’s still early in the abbreviated season for the Antelope Valley College women’s volleyball team and the team’s potential showed in the first set of Friday evening’s match against College of the Sequoias.

And the Giants were right there to take advantage.

“Hopefully we can learn to finish. I think we’re on the brink of doing some really good things. I thought the effort was there tonight,” Cruz said. “Just some weird plays got us in the end.”

AVC (0-3) cruised in the first set. The Marauders led 19-11 following two consecutive aces by Kassandra Tejeda. AVC further distanced itself following a kill by Alysa Hughbanks and another error by the Giants to lead 21-11.

The wildest point of the set came on the final point. After COS attempted multiple kill opportunities, the Marauders’ stingy defense kept hitting the ball back over the net, saving several points to bring the Giants (1-2) closer. Finally, one final attempt at a kill by COS resulted in a stuff block by Tejeda to seal the set for AVC.

The second set was one that AVC would like to forget as the Giants made a giant comeback after dropping the first. COS jumped out of the blocks after winning seven of the first eight points to take a 7-1 lead. The Giants kept the Marauders at arm’s length by extending their lead to 15-4. AVC could never recover.

The tiger came out in Bengle, who said she plays better while angry, near the end of the third set. The Marauders were clinging to 20-17 and 21-19 leads following kills by the sophomore. However, AVC let the lead slip away as the Giants rallied to win six of the final seven points to take the set.

“In sets three and four we were still in our shell and we haven’t come out of it yet. We have to have more confidence. Right now we’re very timid,” Gomez said. “But I saw progress from our team. The first set really showed our potential, but after we won (the first set) we got lax. We have to go out with the same intensity each set. I think the first set showed who we really are.”

The fourth set was a seesaw battle in which neither team could take complete control as they split the first 28 points. Once again the Marauders took a slight advantage and led 21-18 following another ace by Tejeda.

A kill by Hughbanks gave AVC momentum and a 22-19 lead. But that was short-lived as COS rallied again to even the score 22-22 and pass the Marauders 24-22 following two AVC miscues. The Giants finished the match with a tip kill.

“Skill wise they have it. It just depends on their focus,” Cruz said. “I have confidence going into tomorrow. We’re doing a lot of the right things.”

AVC travels to COS today to conclude the home-and-home series.