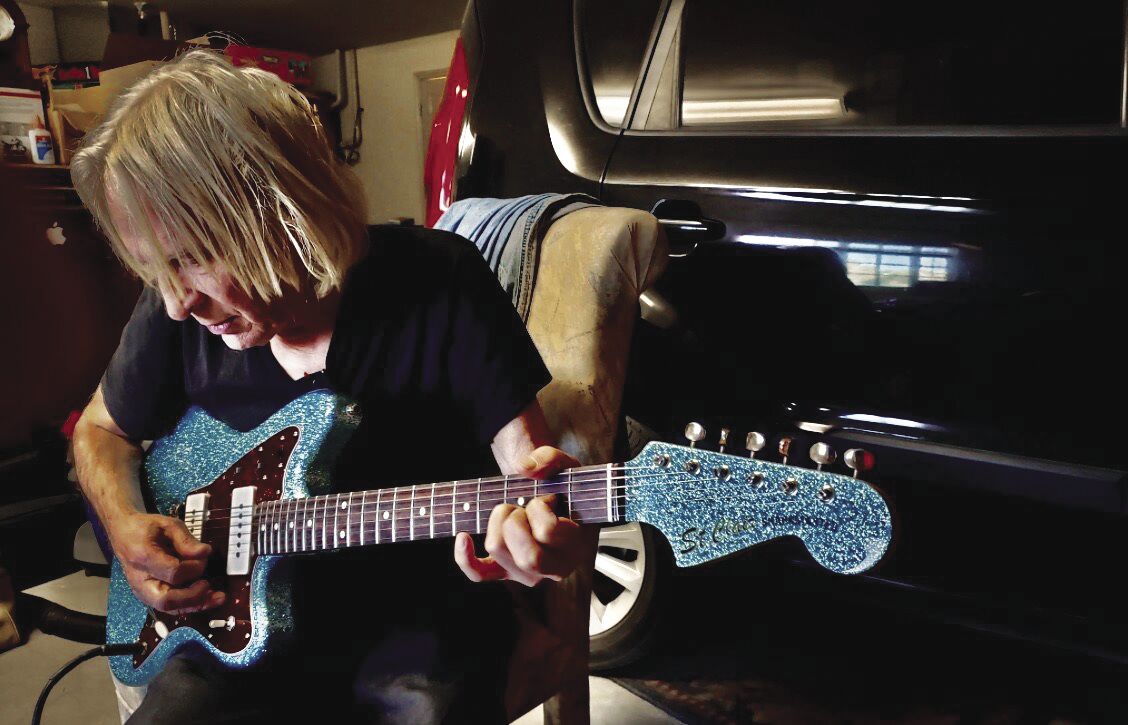 Gary St. Clair has been a musician, songwriter and producer for over 50 years. 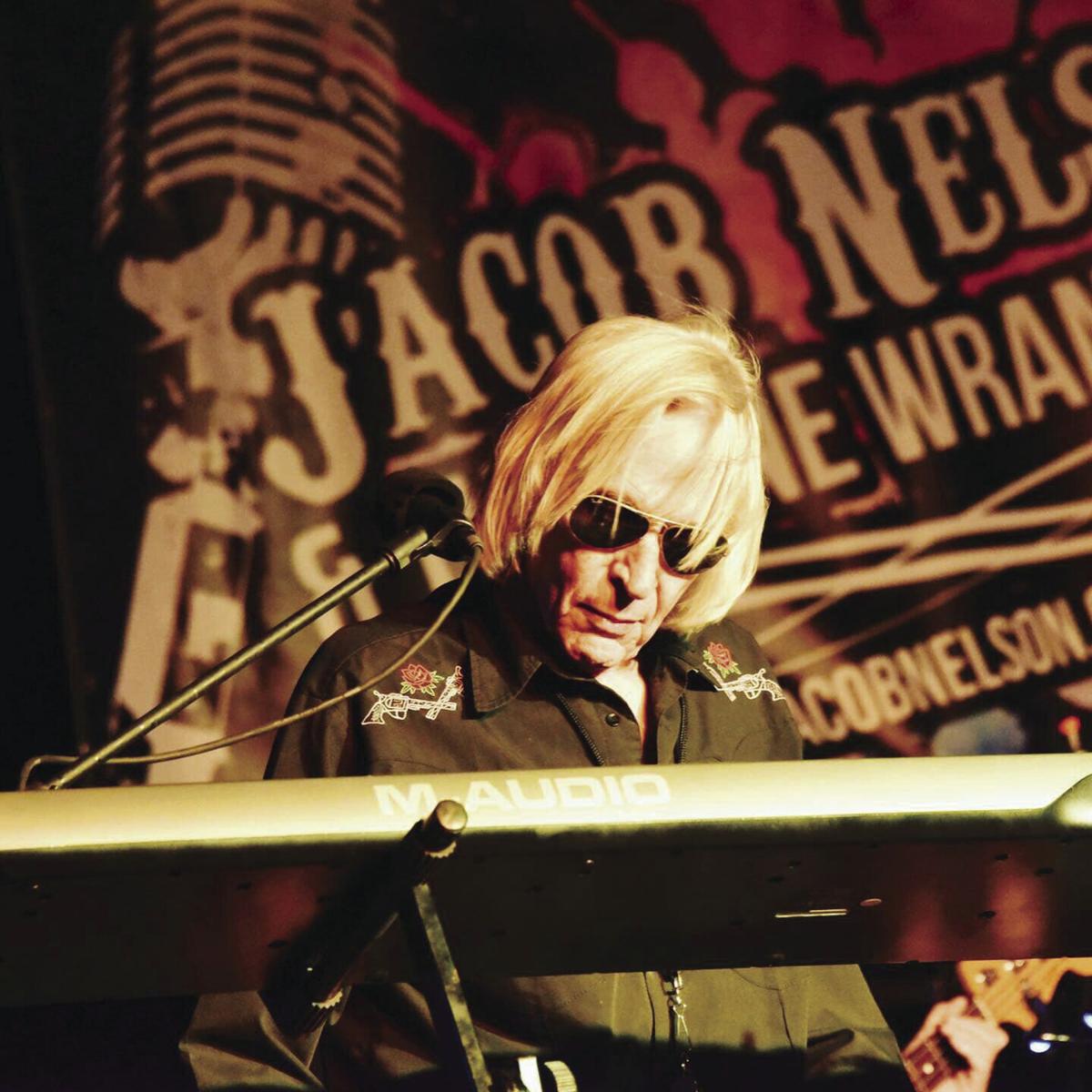 Gary St. Clair has been a musician, songwriter and producer for over 50 years.

Originally from Washington D.C., Gary St. Clair has been a musician, songwriter and producer for over 50 years.

His resume in the music business includes a diverse array of artists like T.I., The Righteous Brothers, David Hasselhoff and more. Most notably, he helped discover one of the Antelope Valley’s most commercially successful groups, All-4-One.

He co-produced and co-wrote their first two albums, “All-4-One,” along with “And The Music Speaks.” Their debut, propelled by the hit single, “I Swear,” went four-times platinum in the US, alone.

In recent years, Gary has shifted his focus into a true passion — building custom guitars. I caught up with him to talk about this endeavor and how he arrived in the Antelope Valley.

Jesse Davidson: How did your custom guitar business originate?

Gary St. Clair: It’s funny that it never really was supposed to be a business. I had a recording studio here in town and built guitars for myself. I always had them around in the studio and guys would pick ’em up and go, “Man, is this for sale?” (chuckles). I’d say, “Well ... it wasn’t.” So I really just started building them for friends. I don’t really try to make money at it. A custom Fender guitar is $3,000 or more. You can build that same guitar for half of that, if you know what you’re doing. Putting good guitars in a great player’s hands was the thrill for me.

GSC: Yeah and players I work with like Mark Burgess (Guitar Shorty, Don Rickles), he probably has like six of my guitars (laughs). A lot of players in the AV have them now.

JD: Do you fulfill a lot of specific requests or do you have some creative liberties?

GSC: I’d say it’s half and half. I usually build a guitar just because I want one. An Esquire, a Stratocaster, etc. A lot of times, they get sold. Then, once it got started, people would call and ask, “Can you make this?” and then I just try to build the guitar of their dream, you know? The guitar they’re picturing in their mind.

JD: For some people chasing the perfect tone or the ultimate guitar, having someone to assemble that for you is very helpful.

GSC: Yeah. I’m a Fender junkie. I grew up in Washington, D.C. and I’m old so, the guys I grew up playing with were Danny Gatton and Roy Buchanan. D.C. was a real Telecaster town back in that day. I’d watch Danny Gatton tear a guitar apart and modify it. Fenders are really just parts — a bolt-on neck — very simple. Those guys were always chasing tone. They would go to a pawn shop and buy an old Tele just to steal the pickup out of it.

JD: When did you arrive in the Antelope Valley?

GSC: My band (Flavor), when I was 20, got signed to Columbia Records by Clive Davis. I was enrolled in college my first year out of high school. That summer, the first single we put out made a bunch of noise. So the label got excited about us. We played the Columbia Record Convention in Puerto Rico and hung out with Janis Joplin and Jimi Hendrix. So, I dropped out of college before I even got there (laughs). That started my life as a musician. When that band broke up, I got signed to Paramount Records as a solo artist.

Tim O’ Brien, the guy who produced the Flavor singles for Columbia, called me one day and said, “Hey, I just got a record label, like a sister label deal, under BMG Records. I want you to come out and be my head of A&R (artists and repertoire) for the label.” So I came out, checked it out and it seemed exciting. Went back to Maryland where I was living, got my wife and we moved to California. We had five Rottweilers and I started looking for a place to live and thought, “God, I can’t afford to live here!” We needed a yard for the dogs. Everyone said to go to the Antelope Valley. You get five times the mileage for your money. This was in 1991.

JD: Is there anything you haven’t built yet or a crazy project you’d love to put together?

GSC: I’m always seeing a picture of something and saying, “I’d like to build that.” One thing cool about building guitars, I’ve probably built close to about 100 now, is getting to try so many different guitar pickups.

JD: Right. Even if it’s as simple as trying different components, It can open new doors of inspiration.

GSC: It really does.