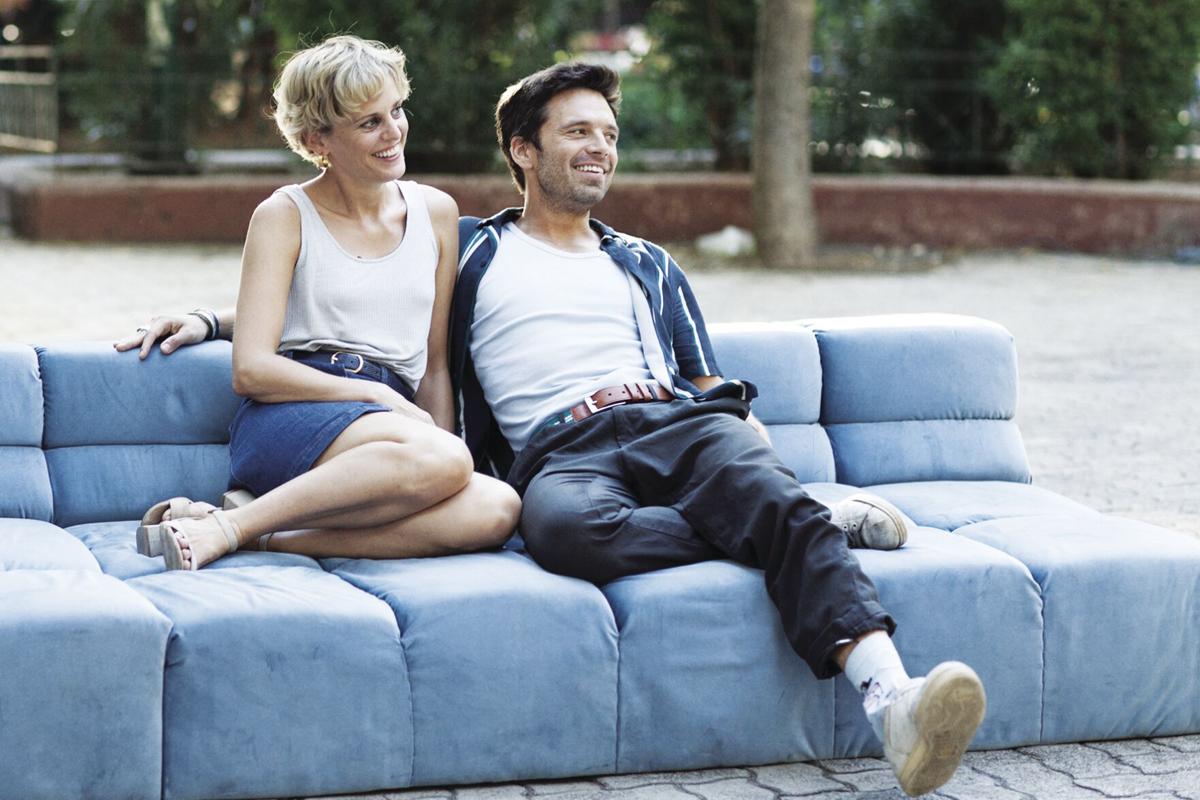 This image released by IFC Films shows Denise Gough (left) and Sebastian Stan in a scene from “Monday.” 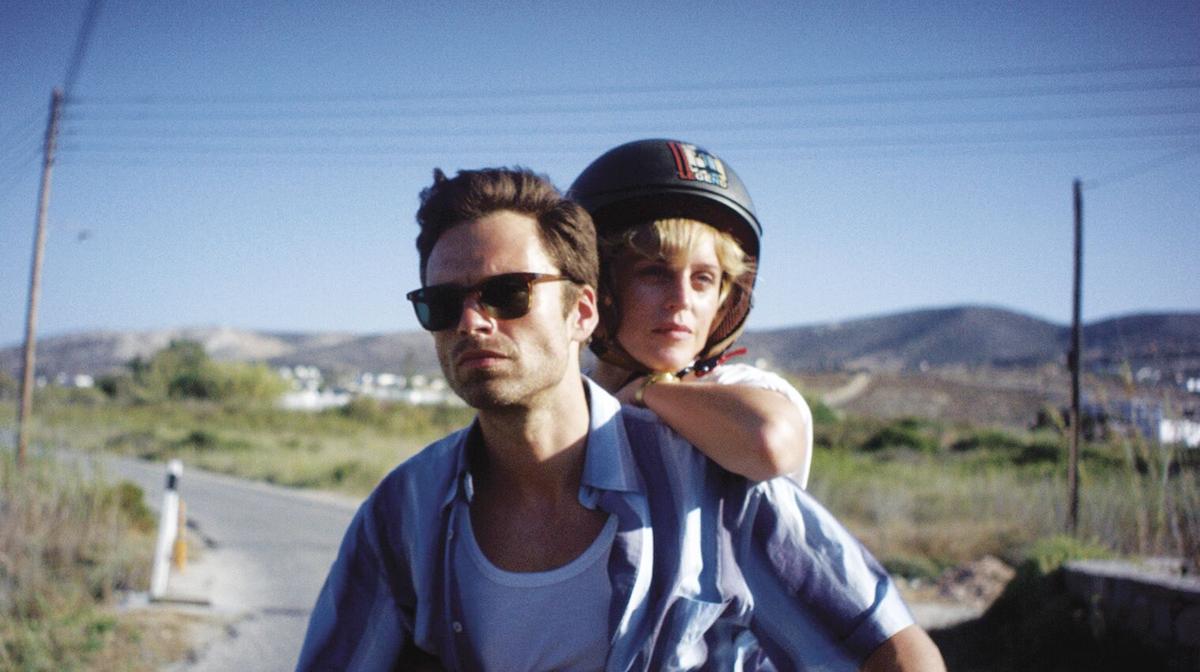 This image released by IFC Films shows Sebastian Stan (left) and Denise Gough in a scene from “Monday.”

This image released by IFC Films shows Denise Gough (left) and Sebastian Stan in a scene from “Monday.”

This image released by IFC Films shows Sebastian Stan (left) and Denise Gough in a scene from “Monday.”

Monday. Ugh. The very word emits a chill. Monday means back to school, or work. Nose to the grindstone. Party’s over.

Friday, meanwhile, is the opposite vibe. What’s great about Friday is that, unlike Saturday and certainly Sunday, it signals the beginning of fun. Friday means you have lots of time — Monday’s a mere twinkle in the distance.

Now there’s an entire movie, “Monday,” by writer-director Argyris Papadimitropoulos, based on this concept. The story of an intoxicating love affair slowly inching toward some sort of reckoning with reality, “Monday” should really be called “Mostly Friday,” because most of what we see transpires in that phase: the beginning of a relationship, when we willfully ignore any warning signals.

“Monday” takes some patience. It’s arresting at times, and beautiful, even seductive, mainly due to the chemistry between its leads, Sebastian Stan and Denise Gough, who spend a lot of time, well, having sex. (Stan recently promoted the movie by teasing a shot of his nude backside on Instagram. This will not hurt the film’s chances.)

But Papadimitropoulos doesn’t say a whole lot here or offer much of a lesson. This may not be a fatal problem, but it can feel trying; better to watch this film on a Friday, when you have no reason to rush through life.

Speaking of intoxicating, our setting is Greece. In the summer. This is where we meet 30-something American immigration lawyer Chloe (Gough, an Irish actress better known for her accomplished stage work), who’s spending one last night on the Athens club scene before returning stateside. Chloe is nursing a bad breakup; it’s time to go home and start a new job.

But then she meets Mickey, also American, a DJ and jingle writer who’s been living in Athens for years. Mickey is charismatic and charming — a man-boy who’s clearly gotten by on these assets for a long time. They meet on the dance floor and are kissing within seconds.

The next morning, they wake up stark naked on the beach. The cops take them down to the station. In handcuffs, they introduce themselves to each other by name for the first time. Ah, young(ish) love.

The cops let them go, and Mickey gives Chloe a lift home. It would all end here, except she lost her bag, with her keys. She ends up traveling to a dreamy island with him for a party. And soon, they’re hooked. Chloe gets as far as the security line at the airport, but he races there and pulls her back at the last moment.

If it’s a bit hard to believe a woman like Chloe — smart, with a meaningful career — would drop everything (and halfway through security!), well, we’re willing to suspend disbelief. After all, it IS Friday. In fact that first chapter is called “Friday,” as is the next, and the next, and the next.

And these two can’t keep their hands off each other. They have sex everywhere, including in a flatbed truck on a side street in daylight. But fissures slowly appear. An old friend of Mickey’s comes to visit and tells him, “You’re only happy when you’re failing.” Mickey’s ex, meeting Chloe, calls him “a baby.” This concerns her, but the magnetic field of their attraction is apparently too intense to escape.

At the same time, there’s a worrying undercurrent that maybe it’s not all about chemistry — maybe these two are using each other for reasons they’d prefer not to acknowledge. One of them actually verbalizes this, but it’s pretty far into the game.

“Monday” has an artsy, improvised feel, but also falls prey to some pretty standard rom-com tropes. Running to the airport to catch someone just before they board a plane, for example, seems right out of a Richard Curtis film. The same goes for someone grabbing the mic at a random wedding to make a clumsy, drunken pronouncement of love.

What saves scenes like this is the fact that Gough is so genuine a performer, you really want to see how her Chloe will handle things. As for Stan, he has enough raw appeal to make you empathize, if not totally buy, Chloe’s willingness to hang around.

As the relationship goes, so goes the film. The beginning is fun — for the characters, and for us. By the time we see the word “Monday” appear on-screen, we’ve already felt the oncoming chill. As Dorothy might say: “Toto, I’ve a feeling it’s not Friday anymore.”

“Monday,” an IFC Films release, has been rated R by the Motion Picture Association of America “for sexual content, nudity/graphic nudity, drug use, and pervasive language.” Running time: 116 minutes. Two stars out of four.