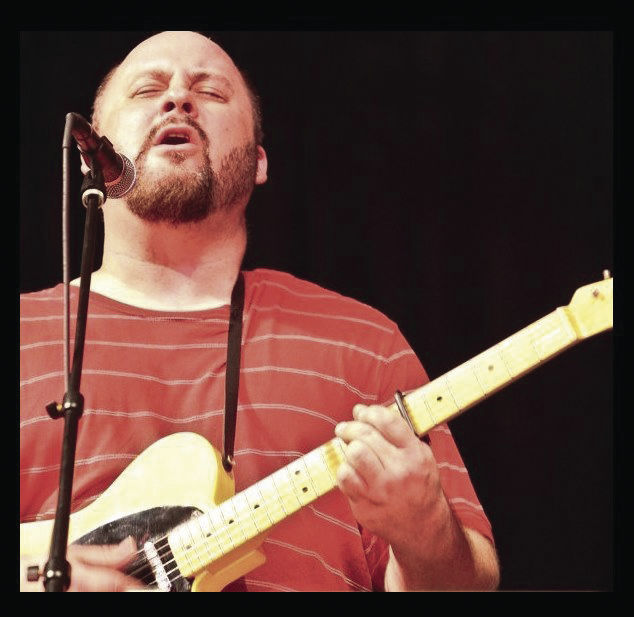 Joel Hatcher passed away on Sunday. He is survived by his wife and two children.

Joel Hatcher passed away on Sunday. He is survived by his wife and two children.

It’s about 1:30 a.m. The Grateful Dead have been playing continuously for the last four hours as I desperately try to summarize the unsummable. Musician. Family man. Recording engineer. Hippie. World traveler. Deadhead. Man of God.

Does this sound like the recipe to make one human being? For a life fully lived, yes. The most interesting journeys are not paved in straight highways but in winding mountain roads. Those are the lives that don’t make sense in an algorithm. They make absolute sense when you feel the resonance in your soul as you look them in the eye. When you looked Joel Hatcher in the eye, it was felt.

Joel’s life can’t and shouldn’t be summed up in 750 words. The Earthly resume comprised of the facts of his life can obviously be stated. What isn’t obvious is where the magic is. Born in St Louis, Mo. on July 2, 1972, he came to the Antelope Valley in 1978.

He started piano when he was five years old and guitar when he was 11. His first love was the Blues, which soon expanded into a love of Jimi Hendrix, the Grateful Dead and Heavy Metal.

After high school, Joel was a bona fide Deadhead and followed them around the country. He had a true ear for arrangement, tones and producing music in the studio. His knowledge of vintage guitars and amplifiers (Fender in particular) was so masterful, he had serial numbers of various components memorized. He recorded many AV bands at his private home studio, along with playing in many Blues/Classic Rock groups. Joel was also a guitarist and sound engineer for the Desert Vineyard Church.

The great musician Victor Wooten once said, “What does the world need with another good musician? What the world needs are good people.” This quote seems built for Joel’s life. All the talent in the world means nothing without humility. Goodness is not meant to be locked away in an ivory tower. In speaking with those close to him, the humility and goodness overflowed abundantly. Here’s what they had to say.

Jen Housholder (Hous Band): He was insanely gifted as a lead guitarist, songwriter and producer, but utmost, he was a loving husband, father, son, brother and friend. Heaven gained a sweet soul and the world won’t be the same without Joel’s playing and singing.

Richard Hanley (a life-long friend): Over the past year, as he’s been fighting brain cancer, people constantly keep saying how they had this “special connection” with Joel. They felt heard and understood in some unique or intimate way. This is Joel’s charm and his rare gift. The world stopped when he’d lock eyes with you and float some unassuming piece of wisdom into that void, he alone seemed able to fill. You always knew he loved you. He’d tell you so, every time he saw you. He was deep and complicated, being the son of a teacher and poet/airline traffic controller. Yet, he never made you feel smaller due to his enormous vocabulary and control of language. He was as goofy, slapstick, staccato insult-generating, movie line quoting, loudest guy in any and every room, as he was the man in the corner, quietly comforting some washed up junkie musician has-been that he still saw hope in.

Rosanne Hatcher (Joel’s loving wife): He was such a good teacher. Anybody he would record or teach, he was able to bring out in people what they needed. He was so modest and wanted people to succeed. He could see the gifts in people and he wanted to nurture that. He didn’t feel threatened by people. He had so much knowledge and experience that he wanted to give away. He never judged anybody. Anybody he talked to, whatever lifestyle, wherever they were at in life, he never judged them. Before he and I got together, Joel traveled a lot for ministry. He went to India many times, Venezuela, the UK and many other places through ministry.

Especially to India, he led many trips. He had a childlike faith. That’s why I fell in love with him. When we were dating, before we got engaged, he led the third trip to India. This is when I knew I loved him.

He was waiting for the passports for everyone up until the deadline. It was the last minute. With my personality, I would have been freaking out that the passports weren’t here and we were leaving in a couple days. It was insane, but he just knew that it was going to be OK. He knew God had this. Sure enough, 30 minutes later, with a knock on the door, the passports were there in his hands. There were many experiences like that with him, where he just knew. Joel didn’t worry or stress over things like normal people would. He was very different.”

On Sunday, Joel Hatcher passed away after battling brain cancer. He is survived by his wife Rosanne and two children.

A GoFundMe account has been set up through their friends Kristen and Seth Helton, which will help pay for any last expenses.

Weekly columnist Jesse Davdison share what he’s listening to this week. Click the link below to hear for yourself.

Rainfall and cloudy days was the inspiration for this selection of tunes. Something about an overcast and gloomy sky can provide a great atmosphere for certain music to shine. Some gritty, some beautifully sad, all enhanced by the current state of the weather.

This album has been in my rotation since last Friday and I’m convinced it’s an unsung masterpiece. These aren’t songs but little paintings. So much detail and rich tones through out. If a rusty lead pipe could sing and front a band, that is Mark Lanegan.

“Vampire” by Vulture of Vinyl

These staples of the AV rock scene have really harnessed their sound on this newer single. Elements of Smashing Pumpkins and the Cure make for perfect rain music. Plus, this also perfect vampire weather so why not get in the spirit?

The last song from Synthecircuit’s new album has that blur between happy and sad vibe that I love in a song. Makes me want to stare out the window and goth dance around the house.

“Lullaby” by Revolt With Reason

This song is unbelievably tasty on all levels. The harmonies, the main melody and especially the saxophone throughout the piece. One of the most underrated bands in the AV hands down.

I’m not sure why but 90’s music will always be my go-to soundtrack during rainy days. Tell me you can’t picture wet Seattle sidewalks and long drives on a wide open highway in the Pacific Northwest when you hear a classic like this?

“Dark End of the Street” by Percy Sledge

When speaking of the great soul songs of all time, it would be a crime not to include this one. This song hits some nerve deep in the human psyche through is crushing simplicity. Percy Sledge becomes is conduit for all the heartbreak and triumph you’ve ever felt. This song tells a complete story in 2:43 and never gets old.

In writing my tribute piece for AV musician Joel Hatcher, I tried to get in his spirit by keeping The Dead on continuous play for about a solid 5 hours. The groove stuck out and has been popping into my head ever since. This might be the gateway for me. Next time you see me, I might be in a tie-dyed microbus covered in patchouli oil.

Not all rainy day music is depressing. This track is a great instrumental hip-hop meets jazz type of vibe. I love music like this when I write. Perfect catalyst for interesting thoughts.

No this is not a cover of the David Bowie classic and I’m very happy about that. Instead, we have another great original song to enjoy. Richard Rauda is the leader of Vista Point and has a very unique voice and style among the AV songwriter scene. The horns in this piece really add a beauty to the entire arrangement. Well done.

After discovering James Hunnicutt in the road in Texas, this has become one of my favorite songs ever. In many ways, it’s the perfect song for the state of the world currently. Close your eyes and really absorb the lyrics. Despite the mountain of heartache we face currently, the sun will shine again some day.