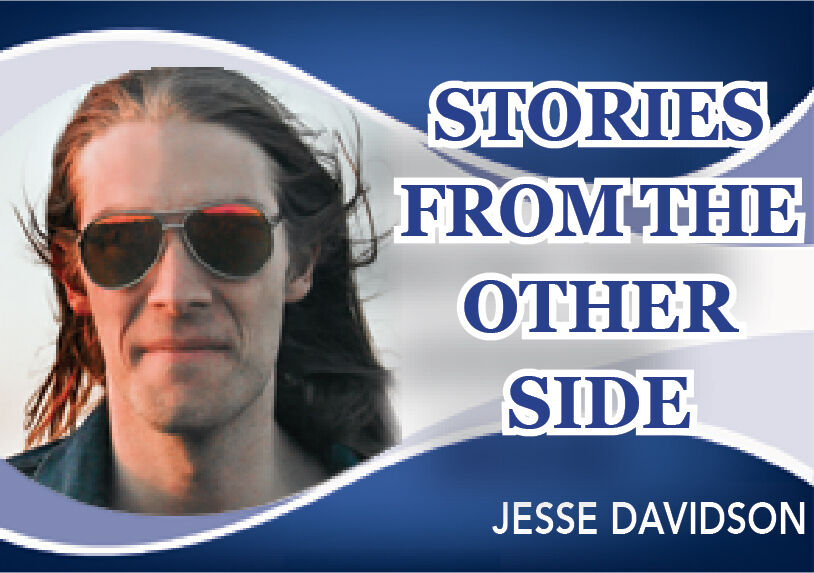 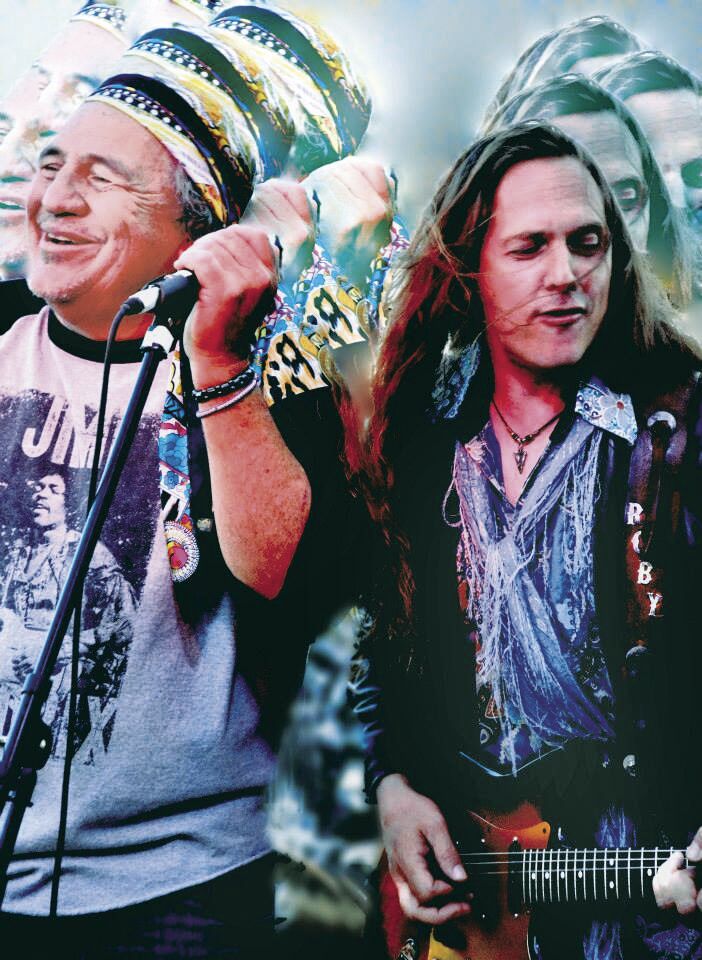 Neil Warner (left) and Roby Duron will play with the Bullfrogg Blues Band, Jan. 22 at the Palmdale Playhouse. 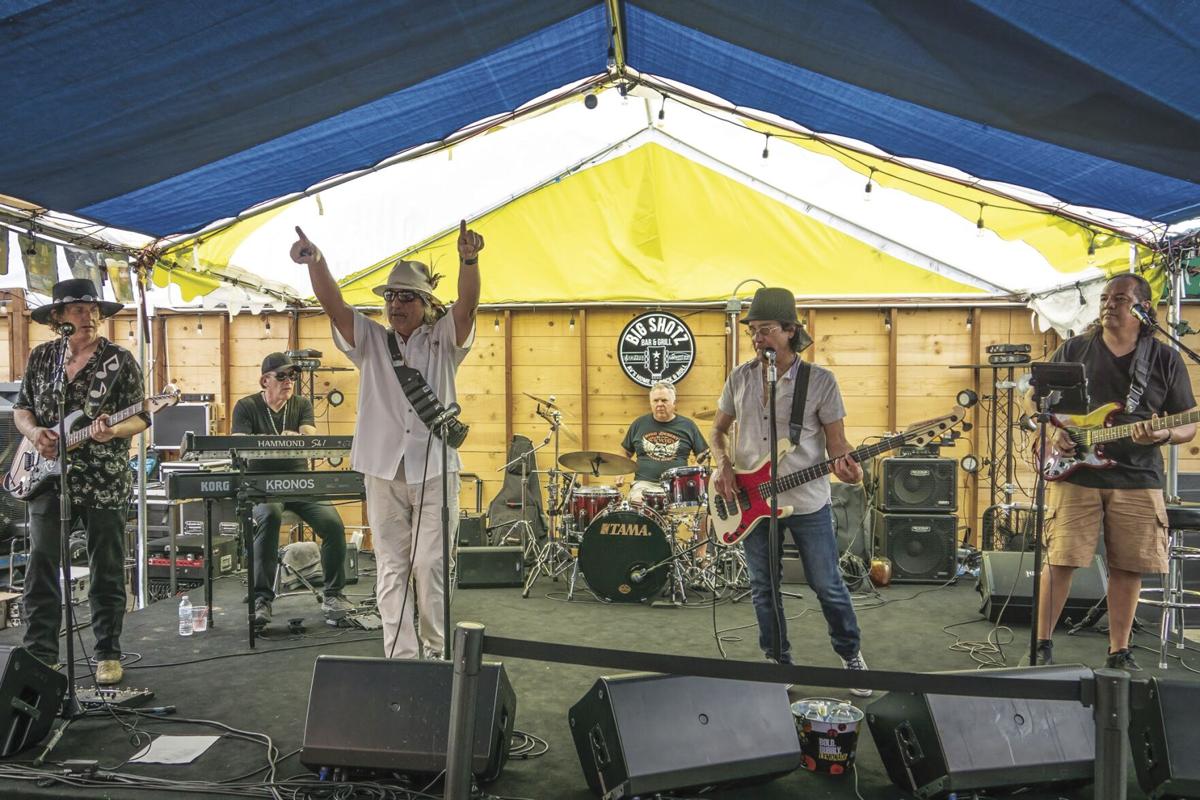 Neil Warner (left) and Roby Duron will play with the Bullfrogg Blues Band, Jan. 22 at the Palmdale Playhouse.

The Bullfrogg Blues Band will take the stage on Jan. 22 at the Palmdale Playhouse. Although they have been a staple in local music for years, this is the first time BBB will bringing their distinct sound to the Playhouse.

The band’s roster of musicians will be recognizable to those familiar with the AV’s Blues/Classic Rock scene. The rhythm section consists of Danny Gerass on drums, Manny Cat on bass and Noel Deis on organ. The three-guitar attack of Roby Duron, Ric Ilejay and Mark Burgess will round out the sound.

As always, the ring-leader of this sonic circus is Neil “Bullfrogg” Werner on lead vocals and harmonica. The last time we spoke, he was getting ready for his annual festival “Neilstock” and writing new material with the Bullfrogg Band.

This show will also be a family endeavor. His son Jake Werner will be the opening act with accompaniment from members of BBB, including special guest, violinist Teri Villani.

Over the phone and fresh from rehearsal, Werner and I discussed the debut of brand new songs from the Bullfrogg Blues Band and some of the behind-the-scenes things that are happening to  prepare for this concert.

Jesse Davidson: Can you give people a preview of the set list?

Neil “Bullfrogg” Werner: About 80% of the songs will be original. Some of them are on the last album and some of them will be on the next album.

JD: Have these new songs been played live, before?

NW: Not at all. That’s why rehearsal was such a pain. Getting everyone together and changing things. Getting the bass and drums locked in. Finally, we get that down, then add the guitars. Then, the harmonies. The harmonies are the hardest part of everything.

JD: That’s the part the ticket buying public isn’t privy to. All of the moving parts required to make the show happen.

NW: Well, we’ve been affected by COVID, too. Trying to get seven people together and healthy is quite a chore for the last year or two.

JD: What is the biggest difference between seeing The Bullfrogg Band at the Playhouse versus Neilstock?

NW: Well, there’s not a lot of ad libbing going on here. This is going to be rehearsed. Half the time, we show up to Neilstock and ad lib. Nobody has heard the songs and I’m explaining it to them on stage. When it’s 2,000 people screaming and yelling, you can get away with a lot more. In an enclosed area like this, we want it to be perfect. We took out one of our songs because we couldn’t get the three-part harmonies right. We’ll be pushing it off to the next show. I want it done right and don’t want it to be a train wreck.

JD: There’s almost two versions of the band. One is very improvised, like a jam session, and the other is very tight and rehearsed.

NW: One reason for that is Dennis Layton is going to record it for us on several tracks. We’re going to use some of that on the next CD. It will half our workload for the next album.

JD: When was the last time The Bullfrogg Blues Band released an album?

JD: That’s cool people attending the show will be part of these recordings. That reminds me, being the Allman Brothers fanatic I am, of their album, “Eat A Peach.” It was a mix of live and studio cuts.

NW: It’s funny, I was thinking of the Allman Brothers when I said that. When you mentioned jamming, they’ll just jam forever. Sometimes we tend to do that when Roby, Ric and Mark, they’d start having fun together playing their guitars back and forth. Everybody loves that, but sometimes, they get caught up and it turns into an Allman Brothers thing. I’ll tell them, “Guys, we’re losing them” and then I’ll walk up to the mic and start singing (laughs). I watch the audience, that’s my job.

JD: Anytime you have a band of really talented players, especially when musicians take solos, everyone pushes themselves a little bit. What do you think?

NW: I agree. These guys work with each other instead of against each other. I’ve seen great guitar players play at the other players. It doesn’t do any good to try and one up the others. These guys in the band blend so well together and there’s no ego trips with them. At the rehearsal, it’s so great. I wish you could be there to see it go off. To see the conversations that happen, it’s just amazing.