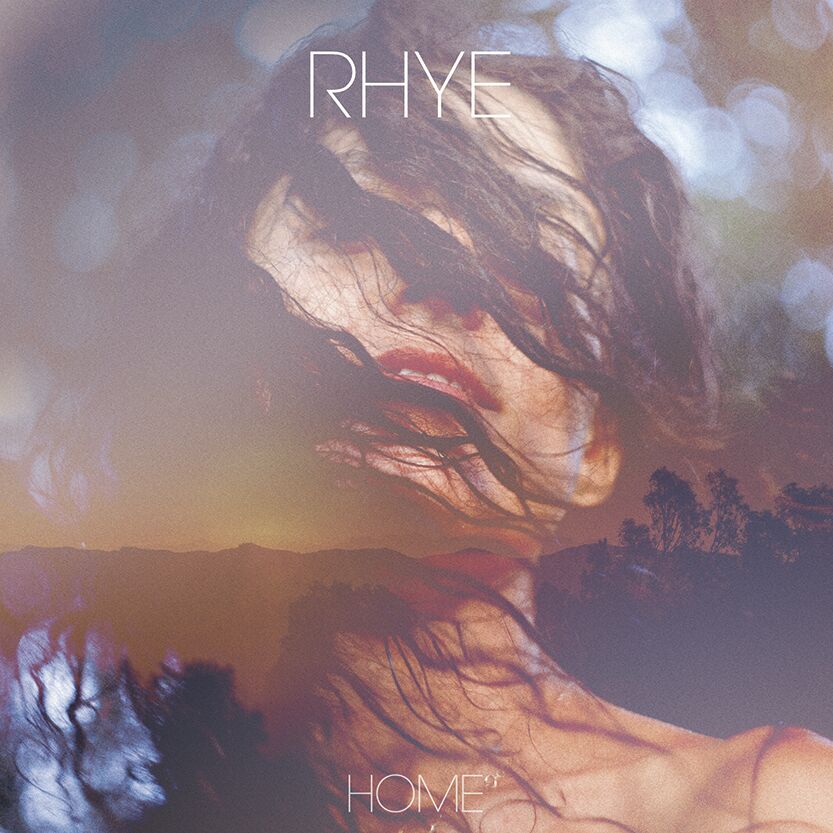 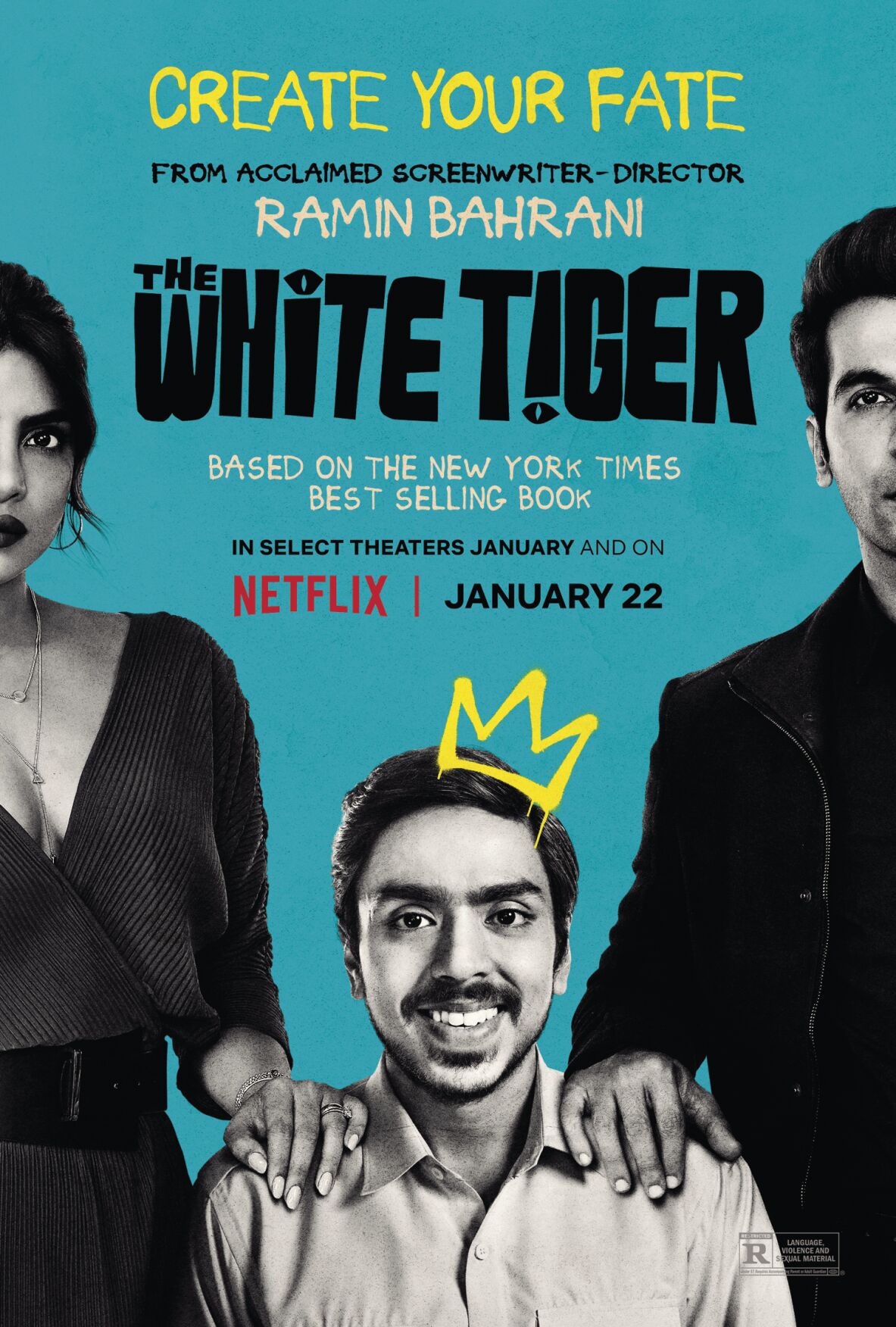 This image released by Netflix shows key art for "The White Tiger," a film streaming on Netflix beginning January 22.

This image released by Netflix shows key art for "The White Tiger," a film streaming on Netflix beginning January 22.

• Diane Lane, Kevin Costner and Lesley Manville are a formidable trio in “Let Him Go,” a slow-burn Western about a couple who travels from Montana to North Dakota in the mid-1960s in search of their three-year-old grandson.

Lane and Costner play the grandparents, who lost their own son in an accident and who try to accept their ex-daughter-in-law’s new husband. But things get tense when they realize this new family is not exactly made up of good people. Thomas Bezucha wrote and directed this adaptation of Larry Watson’s novel which film will finally be available to rent for streaming starting Tuesday.

• “99 Homes” director Ramin Bahrani has taken on the ills of American capitalism and now turns his gaze to the caste system in India in his riveting adaptation of Aravind Adiga’s “The White Tiger.”

Adiga’s debut novel told a Dickensian story about the rise of an ambitious driver in a rigged system and won the Man Booker Prize in 2008.

The adaptation, on Netflix Friday, stars Priyanka Chopra Jonas, Bollywood star Rajkummar Rao and newcomer Adarsh Gourav. Chopra Jonas, in particular, is a standout as an India-born but America-raised woman who does not agree with the ways of her wealthy husband’s Indian family’s ways.

“The White Tiger” shows her acting chops in a way that American productions have thus far failed to.

• “Our Friend” stars Casey Affleck and Dakota Johnson as a couple and parents to young girls who discover that she has cancer.

They quickly find themselves overwhelmed by the burdens of her disease and keeping a household together and ask their college friend (Jason Segel) to come live with them and help.

But the temporary situation turns more permanent then they thought. The film, from director Gabriela Cowperthwaite (“Blackfish”), is adapted from Matthew Teague’s Esquire article about his own experience. It’ll be available to rent on demand starting today.

• After a hectic 2020, all you need is the smooth and soothing sound of Rhye to help you start the new year right.

Rhye, the R&B musical project by Mike Milosh, releases a new album Friday called “Home.” The 13-track set is full of plush and warm tunes that will make you feel like you’re instantly being massaged at a spa with the best candle scent burning in the background. For an even better time, check out the music video for Rhye’s “Black Rain,” which appears on the new album and stars Golden Globe-winning actor Aaron Taylor-Johnson dancing shirtless for 4 minutes. Taylor-Johnson also directed the clip.

• Saturdays are for Seventeen: The 13-member K-pop group will hold a virtual concert which begins at 4 a.m. EST on Saturday. Tickets cost $45.

• The rise and impact of one of the first female rap groups is dramatized in the Lifetime movie “Salt-N-Pepa” (8 p.m. EST Sunday). Cheryl “Salt” James and Sandra “Pepa” Denton, played respectively by GG Townson and Laila Odom, record a tune for a co-worker’s project and ultimately end up Grammy-winning artists who help change the music genre.

Performances of Salt-N-Pepa songs including “Let’s Talk About Sex,” “What a Man,” “Shoop” and “Push It” are featured in the movie, which counts Queen Latifah among its executive producers and Mario Van Peebles (“New Jack City,” “Empire”) as its director. Monique Paul co-stars as the group’s DJ, Spinderella.

• Writer, director and actor Edward Burns first made his mark with the 1995 film “The Brothers McMullen,” about a trio of Irish Catholic brothers from Long Island.

In the Epix series “Bridge and Tunnel,” Burns returns to the New York setting circa 1980 and with a different set of characters: 20-somethings chasing Big Apple dreams but still attached to their working-class hometown.

They include Jimmy (Sam Vartholomeos), a photographer who re-connects with ex-girlfriend Jill (Caitlin Stasey) and runs up against their conflicting career goals. Burns plays Jimmy’s dad in the six-episode series debuting 9 p.m. EST Sunday.

• TNT’s “Snowpiercer” is back for season two with Sean Bean (“Game of Thrones”) aboard the post-apocalyptic drama as Mr. Wilford, mastermind of the global-circling railway built to save a slice of humanity on a frozen Earth.

The debut season ended with warring passengers achieving a tenuous peace and Daveed Diggs’ Layton in charge. But there’s big trouble on the tracks ahead, pitting Layton and Jennifer Connelly’s Melanie against Wilford and the daughter Melanie thought had died. Instead, she’s become Wilford’s disciple.