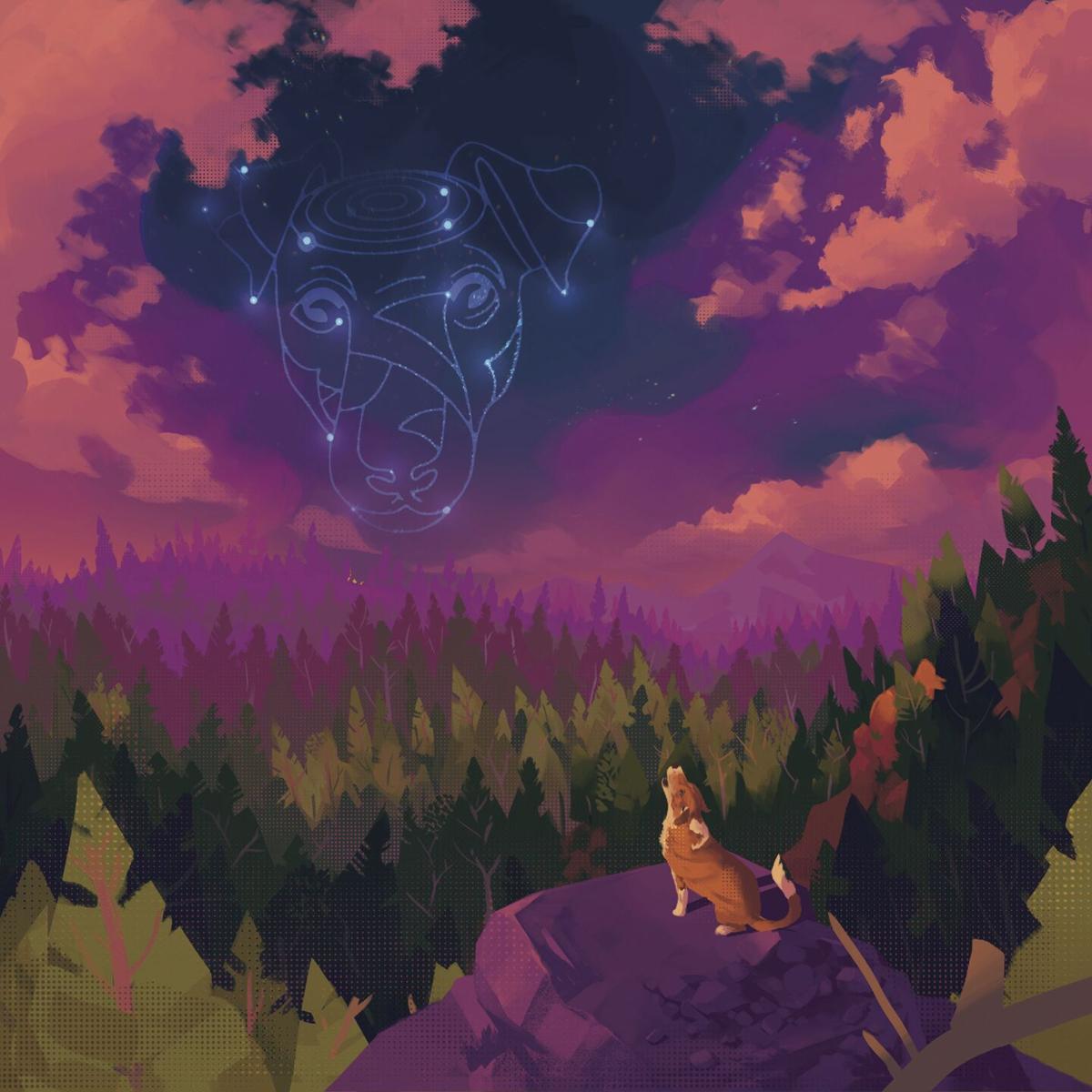 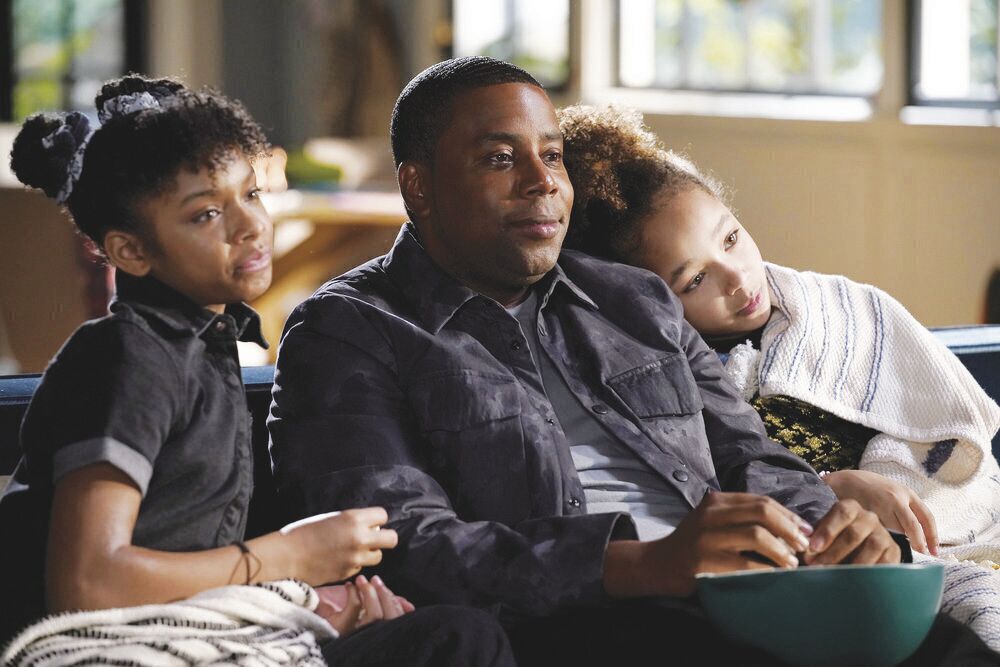 This image released by NBC shows Dani Lane as Aubrey (left), Kenan Thompson as Kenan and Dannah Lane as Birdie in a scene from the comedy series, “Kenan,” premiering on Feb. 16.

This image released by NBC shows Dani Lane as Aubrey (left), Kenan Thompson as Kenan and Dannah Lane as Birdie in a scene from the comedy series, “Kenan,” premiering on Feb. 16.

• There are many reasons to make time for “Nomadland” when it hits Hulu Friday, the most practical of which is that it is an awards favorite and you don’t want to be left out of the conversation come Oscars time. It’s also one of the loveliest and most spiritually invigorating films in recent memory, an American odyssey about life on the fringes. Frances McDormand gives an all-time performance as Fern, who takes to the road after her spouse dies and the great recession leaves her with nothing. David Strathairn is also terrific as a fellow nomad and writer-director Chloe Zhao is a once-in-a-generation talent who you’ll want to get to know sooner rather than later.

• Anyone who’s seen “Gone Girl” knows that Rosamund Pike plays a top -notch sociopath, which makes J Blakeson’s “I Care A Lot,” on Netflix Friday, immediately intriguing. In the film, Pike plays Marla Grayson, a shark with a severe blonde bob whose evil con is to pose as a conservator and guardian for senior citizen clients who she promptly steals from. Her scam gets even more complicated when one of her clients turns out to be tied to a gangster played by Peter Dinklage. It is a dark and vicious film that is also, somehow, addictively watchable.

• Or if you need something more family friendly, “Sonic The Hedgehog,”  featuring the voices of Ben Schwartz and Jim Carrey, comes to  Amazon Prime and Hulu on Thursday. AP’s Mark Kennedy wrote in his review that it’s “a feel-good buddy movie for both adults and their own little aliens” that’s also “respectful of the rich history of the brand and yet welcoming to newcomers.”

• Edie Brickell & New Bohemians, who released their debut in 1988, will return with their fifth album on Friday. The 11-track “Hunter And The Dog Star” was written by Brickell and her bandmates, including Brandon Aly, Josh Bush, Brad Houser and Kenny Withrow. It is the band’s first album since “Rocket,” which was released in 2018 when the group returned following a 12-year hiatus. The new album includes the songs “My Power,” “Tripwire” and “Horse’s Mouth.”

• Grammy-nominated singer Andra Day, best known for the R&B hit “Rise Up,” has earned two Golden Globe nominations for her portrayal of Billie Holiday in the Hulu film “The United States vs. Billie Holiday,” which premieres Feb. 26. But on  Friday the film’s soundtrack featuring songs recorded by Day will be released. The album has 13 tracks including “Tigress & Tweed,” an original Day wrote with veteran singer-producer Raphael Saadiq. It is nominated for best original song at the Globes.

• The sons of John Fogerty, Tyler and Shane, make up the duo Hearty Har and they will release their debut album Friday. “Radio Astro” includes 11 tracks from the psych rockers, who have been working together under the Hearty Har name since 2012. Hearty Har’s album comes three months after John Fogerty, his daughter Kelsy as well as Shane and Tyler released “Fogerty’s Factory,” an album the Fogerty family recorded while quarantining together after the pandemic hit in March.

• How the pandemic is affecting high school students emotionally and academically is explored in NBC News’ “Kids Under Pressure,” airing this week on shows and platforms including “Today,” “NBC Nightly News,” MSNBC and NBCNews.com. In partnership with the nonprofit Challenge Success, NBC News surveyed more than 10,000 students in a variety of American high schools. Among the findings detailed in reporting by NBC correspondents: a rise in diagnosis and prescriptions for attention deficit and hyperactivity disorder as students try to focus in online classes, and rising stress and sleep problems.

• “Saturday Night Live” cast member Kenan Thompson, who two decades ago co-starred in “Kenan and Kel,” is headlining his own sitcom. NBC’s “Kenan,” debuting 8:30 p.m. EST Tuesday, stars Thompson as a widower who’s raising two young daughters (played by real-life sisters Dani and Dannah Lane) while working as an Atlanta TV host. Ready to help — or meddle, as Kenan sees it — are Don Johnson (“Miami Vice,” “Nash Bridges”) as his father-in-law and Chris Redd, Thompson’s “SNL” castmate, as his brother. Thompson will be commuting between East and West coasts to do both “SNL” and the sitcom.

• The names could top a concert bill, but John Legend, Jennifer Hudson, BeBe Winans and Yolanda Adams are among those interviewed in “The Black Church: This Is Our Story, This Is Our Song,” a four-hour, two-part series airing Tuesday and Wednesday on PBS (check local listings for time). It details the African American church’s history, from enslavement to emancipation, Jim Crow, and the Civil Rights movement to today. Bishop Michael Curry, Pastor Shirley Caesar and Oprah Winfrey also are in the documentary series from executive producer-host Henry Louis Gates Jr. (“Finding Your Roots”).