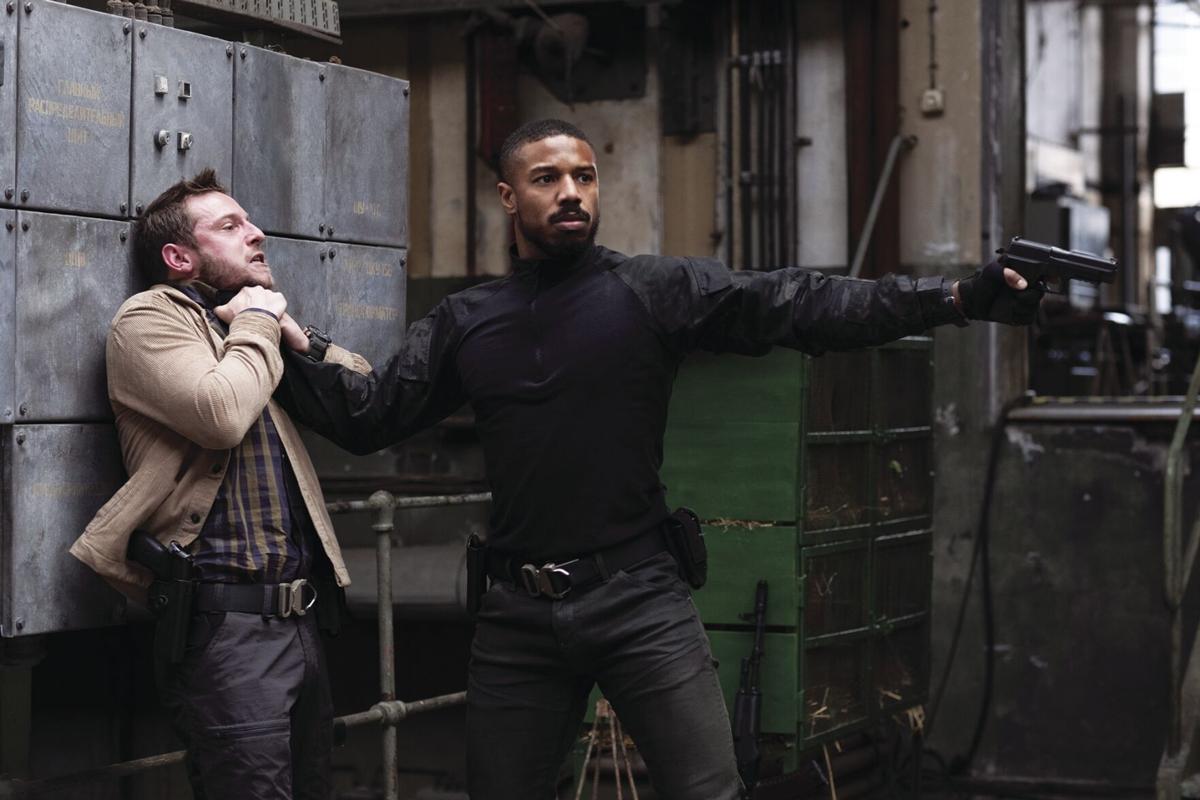 This image released by Amazon shows Jamie Bell (left) and Michael B. Jordan in a scene from “Tom Clancy’s Without Remorse.” 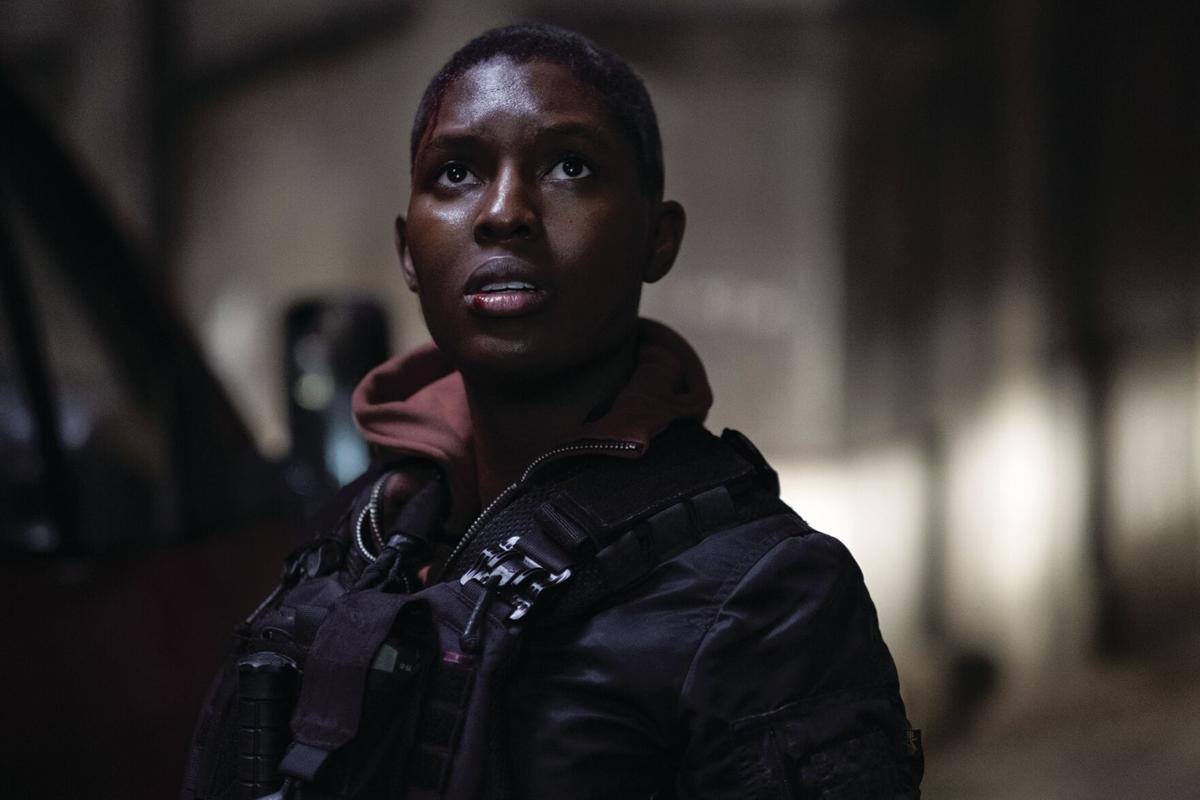 This image released by Amazon shows Jodie Turner-Smith in a scene from “Tom Clancy’s Without Remorse.”

This image released by Amazon shows Jamie Bell (left) and Michael B. Jordan in a scene from “Tom Clancy’s Without Remorse.”

This image released by Amazon shows Jodie Turner-Smith in a scene from “Tom Clancy’s Without Remorse.”

In the new Tom Clancy adaptation,  “Without Remorse,” Michael B. Jordan is a Navy SEAL about to trade military life for private security when his pregnant wife (Lauren London) is executed in their Washington D.C. home. It’s part of a calculated ambush: The assassins are picking off the men in his unit because of a mishap in Aleppo where the Americans attacked the Russian military instead of Syrians. They were following orders without knowing the full story and soon the Russians are in the US retaliating. Jordan’s John Kelly was the target, but he happened to be on the couch with noise canceling headphones and not the bed when they broke into his home.

It’s somewhat frustrating that movies like this tend to be so similar that it almost ensures zero emotional investment in the inciting incident whatsoever. The dead, pregnant wife is a launching off point and the screenplay (written by Taylor Sheridan and Will Staples) doesn’t do us (or them) any favors. Never has there been a more generic couple than the Kellys. One of the precious few scenes with them together has them reminiscing about what appears to be a prom photo that’s framed in their dining room. Soon enough, she’s dead and John and the movie can really get started.

“Without Remorse” is pretty great when it comes to the action. Director Stefano Sollima, who directed the “Sicario” sequel (which Sheridan wrote), keeps the engines moving forward and the set pieces dynamic and distinct from the start. And although John Kelly might not be the most layered guy on the page, it’s impossible to take your eyes off him — the power of movie star charisma? He’s best when he’s playing opposite Jodie Turner-Smith, playing Lt. Cmdr. Karen Greer. She is steely and intimidating without being cliché and makes you want a spin-off about how she got her position.

Clancy’s novel was published in 1993 and it’s a story that has been bouncing around Hollywood almost as long as it’s been on shelves with everyone from Keanu Reeves to Tom Hardy circling the project at various points in the past two decades. But besides the names used, the book and the film seem to have almost nothing else in common. Instead of setting it during the Vietnam War, Sollima and the writers have made it modern with escalating tensions between Russian and the US. Jamie Bell co-stars as a humorless and Robert Ritter as a suspect CIA officer who was the reason for the Aleppo snafu. Guy Pearce adds some gravitas as the Secretary of Defense. With its glossy pedigree, it will be no surprise to anyone that this was originally intended as a Paramount theatrical release before the pandemic.

Although it has a few twists and turns that you might not see coming, “Without Remorse” is also in some ways exactly what you expect it’ll be. Maybe by then the filmmakers will allow themselves to have some fun with his character. Even so, he’s just the shot in the arm that the Clancy-verse needed.

“Without Remorse,” an Amazon Studios release available Friday, is rated R by the Motion Picture Association of America for violence. Running time: 109 minutes. Two and a half stars out of four.