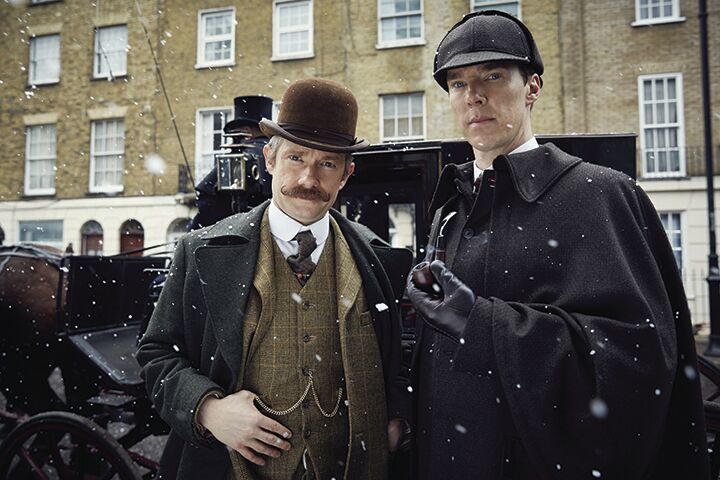 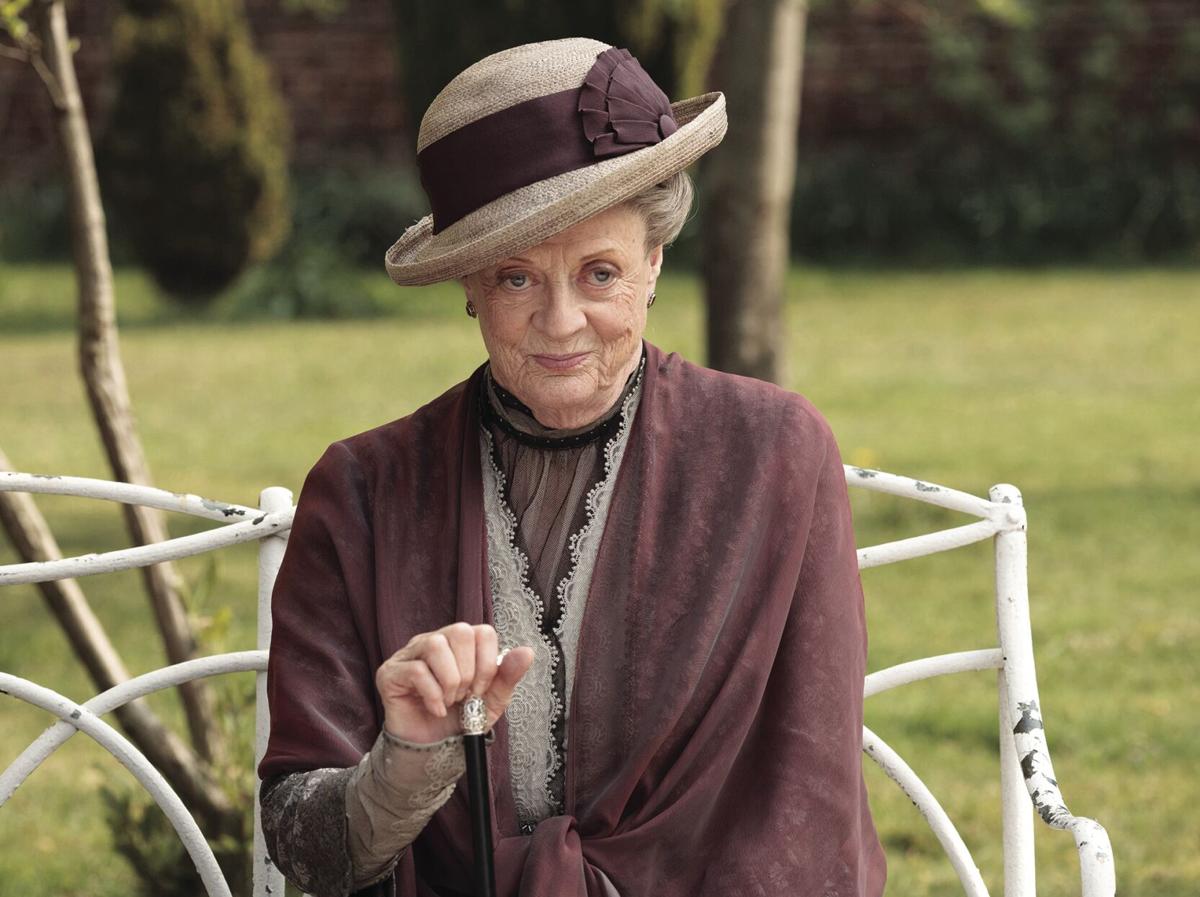 This image released by PBS shows Maggie Smith as the Dowager Countess Grantham in a scene from the second season on “Downton Abbey.” As PBS’ “Masterpiece” marks its 50th anniversary Sunday.

This image released by PBS shows Maggie Smith as the Dowager Countess Grantham in a scene from the second season on “Downton Abbey.” As PBS’ “Masterpiece” marks its 50th anniversary Sunday.

LOS ANGELES (AP) — As PBS’ “Masterpiece” marks its 50th anniversary Sunday, the drama and mystery showcase could rest on its reputation built with acclaimed programs including “I, Claudius” and “Elizabeth R” and polished anew by surprising pop-culture hits “Sherlock” and “Downton Abbey.”

But “Masterpiece” executive producer Susanne Simpson says it’s positioned to thrive as it addresses the challenges posed by a changing media industry and increased calls for diversity.

“’Masterpiece’ is important to the PBS system. Our viewers expect us to keep finding the best” in TV, Simpson said, even as competition from commercial platforms increases.

With more streaming services and other outlets gobbling up programs, including the British-made dramas that are a “Masterpiece” staple, the public TV program is becoming more aggressive in the marketplace, Simpson said.

She joined the series nearly 14 years ago and became its executive producer in 2019, only the fourth since “Masterpiece” debuted Jan. 10, 1971, with the miniseries “The First Churchills.”

“We are investing earlier and we’re co-producing earlier on projects, so we’re in a position to be able to put development money into scripts,” Simpson said. “I have probably 15 projects sitting in my inbox, and I’m going to have to make a decision quickly on one of those because there is so much competition for those projects.”

When “Masterpiece” was under executive producer Rebecca Eaton in the mid-1980s, she “used to be able to sit back” and mull her choice of UK-produced shows,

As unlikely as it seems in the age of Netflix’s celebrated “The Crown” and its new multi-ethnic sensation “Bridgerton,” US networks used to avoid British drama “because the general feeling was nobody could understand the accent,” Eaton recalled. Worse yet, they thought it sounded too high-brow for Americans.

But in 1985, there was suddenly “somebody else in the game” besides PBS and the A&E channel, said Eaton, now executive producer at large for “Masterpiece.”

“HBO pounced on doing ‘Elizabeth I’ with Helen Mirren, which was a very rude shock because we considered rather comfortably that we owned Elizabeth I,” she said. “Masterpiece” had aired “Elizabeth R,” the 1972 miniseries with Glenda Jackson as the monarch, a perceived stake that HBO blithely ignored.

“Masterpiece” can’t compete with Netflix- or HBO-sized budgets, Simpson said, relying on corporate sponsors Viking and Raymond James and big and small viewer donations (specific figures were not provided). But she said it makes the most of its relationships with producers such as Colin Callender, whose “All Creatures Great and Small” reboot kicks off the new “Masterpiece” season Sunday.

The Public Broadcasting Service also ensures that its programming is reaching viewers, especially younger ones, where and how they watch TV, which increasingly is anywhere but on a stuck-to-the-wall screen. While PBS may be viewed primarily as a traditional broadcaster, its programs (and educational initiatives) are available online.

“Masterpiece” streams on PBS.org and the PBS Video app to an audience that skews younger than its broadcast viewership, with nearly 40% under the age of 55, according to PBS.

The showcase also is responding to the growing call for inclusivity in Hollywood screen projects, Simpson said. That would seem daunting when it comes to ethnic diversity, given that the series’ period dramas traditionally skew white, but she said it can and is being done.

That requires the cooperation of British TV producers, whose industry has faced its own sharp criticism for long minimizing people of color as actors and creators.

“I’ve had some terrific, serious conversations in which it’s clear to me that our UK producers are as committed as we are” to adding diversity across the board, including in writing, directing and acting, Simpson said.

Callender said the call for change is being heeded, even with “All Creatures Great and Small,” which is based on semi-autobiographical books by a veterinarian practicing in a rural English community in the late 1930s.

“The thrust of diversity meant several things,” Callender said, including making the female characters fully dimensional, casting actors with physical challenges and creating a character inspired by the family history of Black actor Clea Sylvestre, who plays the role.

“Masterpiece” is doing its own work, Simpson said. That includes taking an active role in fostering diversity in projects as they’re being developed, she said, and discovering authentic ways to reflect inclusivity in period dramas, among them 2019’s “Les Miserables” miniseries.

David Oyelowo, the English-born Black actor who starred as the obsessed police inspector Javert, felt comfortable taking the role after he looked into 19th-century French history and found that there were Black police officers, Simpson recounted.

“What I learned from him is that it’s really our obligation as the writers and the producers to look more deeply at history in terms of what people of color were authentically, and to take more effort to find those stories,” she said.

“The Long Song,” a three-part drama debuting Jan. 31 on “Masterpiece,” exemplifies what is hiding in plain sight. Based on Andrea Levy’s historical novel of the same name, a finalist for the prestigious Booker literary prize, it tells of a young Black woman’s life in the final years of slavery in Jamaica and its aftermath.

Pandemic uncertainty brought it to “Masterpiece,” when taping on some of its UK shows paused last March and Simpson sought available programs as a safeguard. Already familiar with the late Levy’s work because “Masterpiece” had aired an adaptation of her “Small Island” novel in 2010, Simpson said she found “The Long Song” to be “powerful and moving.”

Tamara Lawrance, who stars as the main character, said every generation believes “things are changing, things are different,” but sees a welcome energy in the British creative community that is building on the past.

“I’m so proud of ‘The Long Song’ and being in a cast of people like that, of amazing older Black actors that I grew up watching,” Lawrance said.