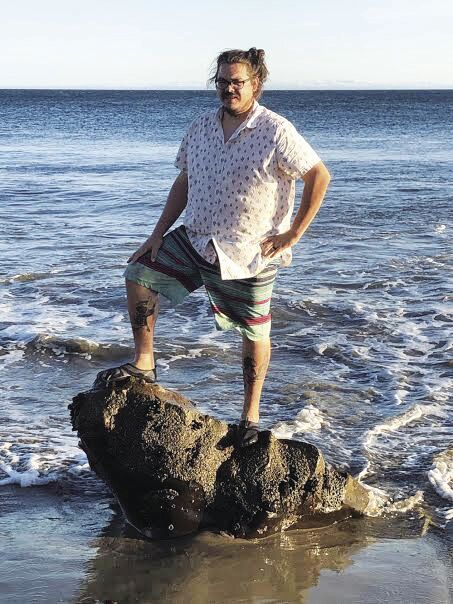 Mike Zarate grew up in the Antelope Valley and has been part of various bands and has helped some, as well.

Mike Zarate grew up in the Antelope Valley and has been part of various bands and has helped some, as well.

The old adage, “too many generals and not enough soldiers” applies perfectly to the plight of our local music scene.

It quite literally takes a village. Menial, arduous or thankless tasks will present themselves. Who will step forward and volunteer? Thankfully, there are people like Mike Zarate. Formerly the singer of local band Devil McCoy, he has helped document and provide visual art for local and touring bands in the Antelope Valley.

Below is a conversation with Zarate about what it means to help out a band.

Jesse Davidson: Did you grow up out here? How did you become involved in music?

Mike Zarate: I was born in Lancaster and have lived in the AV my entire life. My cousins started a band when I was in third or fourth grade. It was when Nu-Metal was big. They were called Despised. Slipknot and Limp Bizkit were really popular at the time and a couple local bands were doing that. Bands like Sicision, Desolate Chaos and Despised. I had grown up around them. Back then, the Cedar Center was doing a few shows. We went to the Savannah and the old Schooners off of Avenue K. My mom would let me go to shows with them or she would take me. She is a huge music person. She’s the reason I’m into everything.

JD: That’s awesome. I wanted to talk to you about your band Devil McCoy where I had first seen you. For those that don’t know, it was a Rock/Metal sound infused with Western and horror themes. Can you talk a little bit about that band and the concept behind it?

MZ: We were friends from high school. It started as a joke. We were hiking at the Devil’s Punchbowl. I think there was a trail called Colonel McCoy. So we made up this story about this colonel whose real name was Devil. It was something that kept us busy. Later on, after we saw “Django Unchained” and played “Red Dead Redemption,” we thought we could make something out of this. It was fun while it lasted. It was all about the concept and creating one long, crazy story.

JD: Now, I think your almost more known within the music scene in a support role. There aren’t enough people that just keep things going. For instance, the video work you’ve been doing for bands — either filming them or providing video visuals behind them.

MZ: When I started in third or fourth grade, I wasn’t in a band. I was just in it for the music. I never lost sight of that.

I’ve seen so many venues come and go but the scene will still be here. After Devil McCoy, it fell back into what it always was. Supporting bands coming through on tour, who are from another small town across the country, it feels good and you get a good name. For example, there is a band called 40 Hells from Georgia. They usually come through about once a year. I noticed them behind me in the drive-thru at Del Taco after their show. I asked how much their order was and put it on my card.

It was only $17 bucks and this band had to drive through the night to Vegas.

It was the least someone could do. Little things like that make something easier for someone.

When I started making live videos for bands, I remembered when I was in bands and we weren’t happy with the content we made. We would constantly re-record and delete things. If I record the bands live and put in a simple graphic, even if it doesn’t sound the best, they can still use the footage anyway they want.

It’s their art, I just got to record it. I know the band Snailmate (from Arizona) has used the video

I made to submit to play different venues. Or the band Cruel Reflections. They loved the video I took of them at Voodoo Vinyl.

It was a whole room of people singing their song. They were just so happy to have something to look back on.

I just really wanted to get into visuals after watching Steve Fiche (a local artist). Everyone knows him as We Are Cedar (WAC-Arts). Seeing his visuals behind bands have always been amazing to me.

When I was in a band, I’d always ask Steve if he could make something for me.

They always make a performance more memorable. If it involves music or a local band, it’s something I want to be a part of.