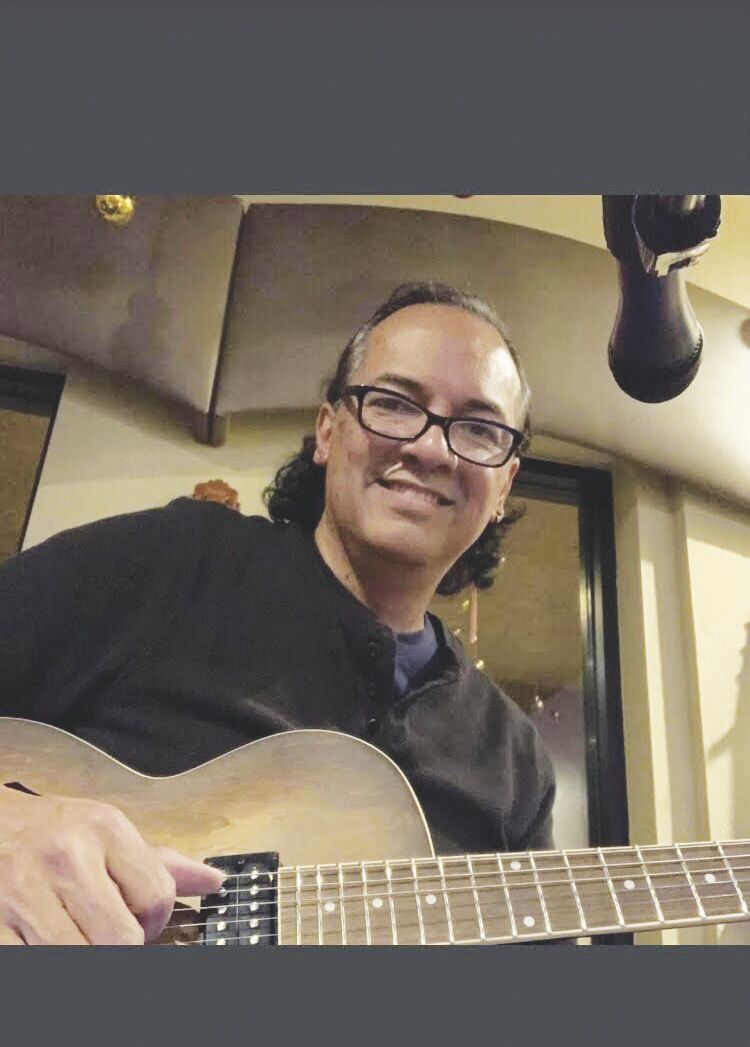 Ric Ilejay has been a member of the local music scene for nearly 25 years. Formerly a touring musician and guitar tech for Earth Wind and Fire, he opened N-Rhythm Music Center in Palmdale in 1997 to focus on raising his son. Last December, he unfortunately contracted COVID-19 and nearly lost his life. Thankfully, a full recovery was made. 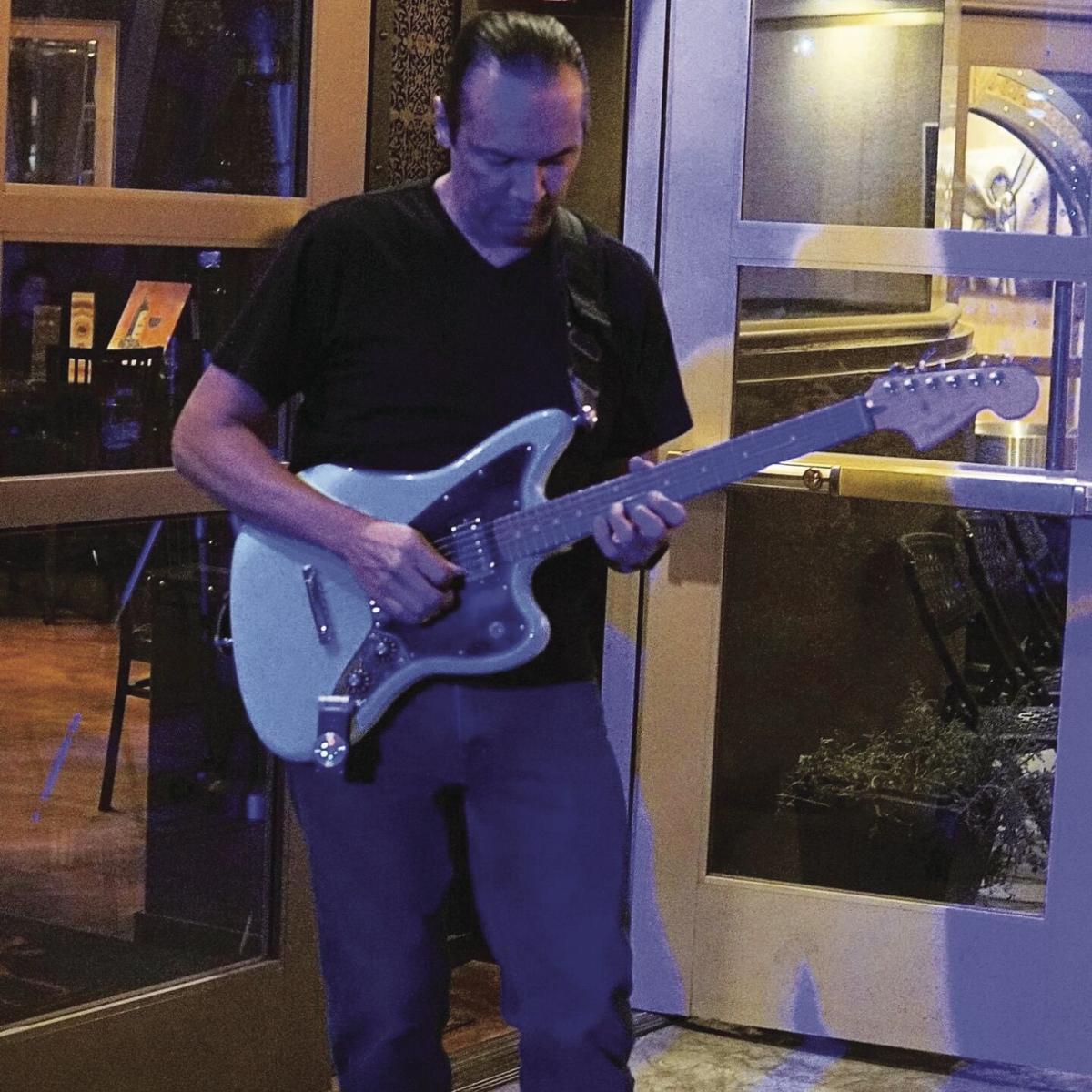 Ric Ilejay believes his recovery was greatly aided by martial arts exercises he did while hospitalized.

Ric Ilejay has been a member of the local music scene for nearly 25 years. Formerly a touring musician and guitar tech for Earth Wind and Fire, he opened N-Rhythm Music Center in Palmdale in 1997 to focus on raising his son. Last December, he unfortunately contracted COVID-19 and nearly lost his life. Thankfully, a full recovery was made.

Ric Ilejay believes his recovery was greatly aided by martial arts exercises he did while hospitalized.

Ric Ilejay has been a member of the local music scene for nearly 25 years.

Formerly a touring musician and guitar tech for Earth Wind and Fire, he opened N-Rhythm Music Center in Palmdale in 1997 to focus on raising his son. Last December, he unfortunately contracted COVID-19 and nearly lost his life. Thankfully, a full recovery was made.

During the pandemic, the humanity of the situation gets lost in our news cycle. To restore some of that, I contacted Ric and asked him to share his first-hand experience of what happened.

RI: On a Monday, in the middle of December, I thought I had a cold. I decided to lay off the teaching at my studio because I didn’t want the parents to get nervous. By that Friday, I got this fever and cough. My girlfriend Agnes said, “You better get your blood oxygen level tested.” I said, “I’m alright, I don’t think I need that.” She persuaded me to put the meter on and it went all the way down to 70. That’s really bad. Your blood oxygen is not supposed to be lower than 90. An ambulance came and rushed me to the hospital. I arrived just in time. By this point, I was starting to hallucinate seeing and hearing things. It was really strange.

They put in all the IVs, doing all the blood tests, loading me up with oxygen. Two days later, they finally put me in a room. I had just been in the ER until then. They showed me that my lungs were filled with pneumonia. Over the years, I have practiced martial arts and I started doing these exercises in the bed. In a day or so, the doctor came in and said, “Your oxygen levels are increasing pretty good, what have you been doing?” They had me scheduled to be in the hospital for at least 14 days. Long story short, I was out in six days.

JD: Wow. What exercises were you doing?

RI: Yes. For example, laying in bed, I would raise my right arm about maybe a foot off of the bed. I would bring my right arm in and then inhale, exhale and alternate arms 10 times each. I would raise my arms after each set until I got them all the way over my head. I knew to get oxygen into my lungs, I needed to raise my arms as high as possible. I would bring my knees to chest, inhale, then exhale extending my legs back to normal. I did that 10 times on each side. Then, I’d get up on the side of the bed and move my feet in a half circle. Going out and around. I would be breathing just moving my feet against the floor to work the lower part. That’s what I did for the most part. The doctors said to keep up the exercises when I got home. I was even able to get on my treadmill, not running but walking, continuing the same motions with my arms and breathing. They did send me home with oxygen but I was done with that in a week.

JD: That’s amazing. It sounds like you were getting really good care at the hospital.

RI: I took pictures of all the doctors, nurses, the respiratory specialist and the EMT because I wanted to thank them for taking such great care of me. I posted all of their pictures on my Facebook page so I could thank them for saving my life. I just couldn’t believe, seeing it for myself, how they functioned like a well-tuned machine. I don’t know about you, but I never saw the Coronavirus in person before I got it. I didn’t even think it was as real as everyone said it was. Going through the ER on the gurney, all these people were in cots. At least 50 or 60 maybe even more. The first person I saw, his whole body was convulsing. People wailing and screaming and crying. It was like slow motion movie.

JD: Has this experience changed your perspective on life at all?

RI: Absolutely, When there’s death knocking at your door, it gives you a new perspective on outreaching for people. That’s why I’m grateful for having this teaching business. I love teaching to begin with, but I feel so much closer to my craft helping people develop their music levels wherever they are. I got tons of prayers from people. All of this support from family, friends and the community you’ve worked with for the past 24 years reaching out and saying, “We’re glad you’re okay”. The support changes your life too. You don’t realize how many people care about you until something like that happens.