The Getty Research Institute marks the 100th anniversary of the founding of the Bauhaus school with the exhibition “Bauhaus Beginnings,” which examines the founding principles of the landmark institution. The Bauhaus is widely regarded as the most influential school of art and design of the 20th century.

The exhibition is on display through Oct. 13 at The Getty Center, 1200 Getty Center Drive, Los Angeles.

“For a century the Bauhaus has widely inspired modern design, architecture and art as well as the ways these disciplines are taught,” Mary Miller, director of the Getty Research Institute said. “However, the story of Bauhaus is not just the story of its teachers or most famous students. At the Getty Research Institute, our archives are rich in rare prints, drawings, photographs and other materials from some of the most famous artists to work at Bauhaus, as well as students whose work, while lesser known, is extremely compelling and sometimes astonishing. Because of the breadth of our special collections, we are able to offer a never-before-seen side of the Bauhaus, along with more familiar images.”

The Bauhaus was a German school of art and design whose brief, yet highly influential existence, rendered it a key site in the development of a new modern vision for arts education. Established in 1919, after the end of World War I, the Bauhaus sought to erode distinctions between crafts and the fine arts through a program of study centered on theory and practical experience.

Drawn primarily from the Getty Research Institute’s collections, “Bauhaus Beginnings,” considers the school’s early dedication to spiritual expression and its development of a curriculum based on the elements deemed fundamental to all forms of artistic practice. The exhibition presents more than 250 objects including woodcut prints, drawings, collages, photography, textile samples, artists’ books, student notebooks, masters’ teaching aids and notes, letters and ephemera from the school’s founding and early years.

The work of students who later became Bauhaus masters, including Josef Albers, Herbert Bayer, Joost Schmidt, and Gunta Stölzl, is also featured in the show.

“The Bauhaus continues to spark imagination to this day,” Maristella Casciato, head of Architectural Collections at the Getty Research Institute said. “By focusing on the vibrant community of artist teachers and student artists who built the school, through a variety of disparate materials, media and ideologies, we are able to immerse ourselves in the unique, philosophical spirit that birthed some of the most enduring visual ideas of the modern era.”

The idea at the center of Bauhaus practice was Gesamtkunstwerk — the total work of art. In 1919, Walter Gropius widely circulated a manifesto illustrated with a woodcut by Lyonel Feininger that announced his bold vision for the newly reformed, state-sponsored school of design and the model of education that would bridge the fine and applied arts.

In the text, on view in the exhibition, Gropius outlined how uniting various forms of practices, especially painting, sculpture, architecture and design, would produce socially and spiritually gratifying works of art.

Feininger’s woodcut of a pre-industrial Gothic cathedral represented the total work of art, in which designers, artists and artisans worked together in service of a spiritual goal.

The exhibition also explores the Preliminary Course at the Bauhaus, which introduced all first-year students to what were considered the fundamental principles of color, form and material.

Various Bauhaus masters led these first-year studies: after Johannes Itten initiated the Preliminary Course in the fall of 1920, László Moholy-Nagy and Josef Albers took over beginning in 1923.

Despite their many ideological differences, the masters agreed that a firm grounding in the principles of form and color achieved through practical exercises was crucial to the development of a new class of artists.

Masters’ teaching aids and student exercises in the exhibition demonstrate how color theory remained a central focus at the Bauhaus throughout the school’s 14-year existence. Committed to understanding the nature of colors, instructors and students produced countless graphic systems of wheels, triangles, grids and spheres to examine how colors relate to one another.

Though women were admitted to the Bauhaus in relatively large numbers, in 1919, 59 out of 139 enrolled students were women, they did not enjoy equal status with the male students.

Despite many objections, the majority of women students were pushed to study weaving rather than other media such as metal-working or architecture, after completing the Preliminary Course.

“Bauhaus Beginnings” is curated by Maristella Casciato, with assistance from Gary Fox, Katherine Rochester, Alexandra Sommer and Johnny Tran. The exhibition installation is designed in consultation with architect Tim Durfee.

To coincide with “Bauhaus Beginnings,” the Getty Research Institute will also present an online exhibition, “Building the New Artist,” which further explores the school’s history, theoretical underpinnings and novel pedagogy.

For details on both exhibitions visit getty.edu/research 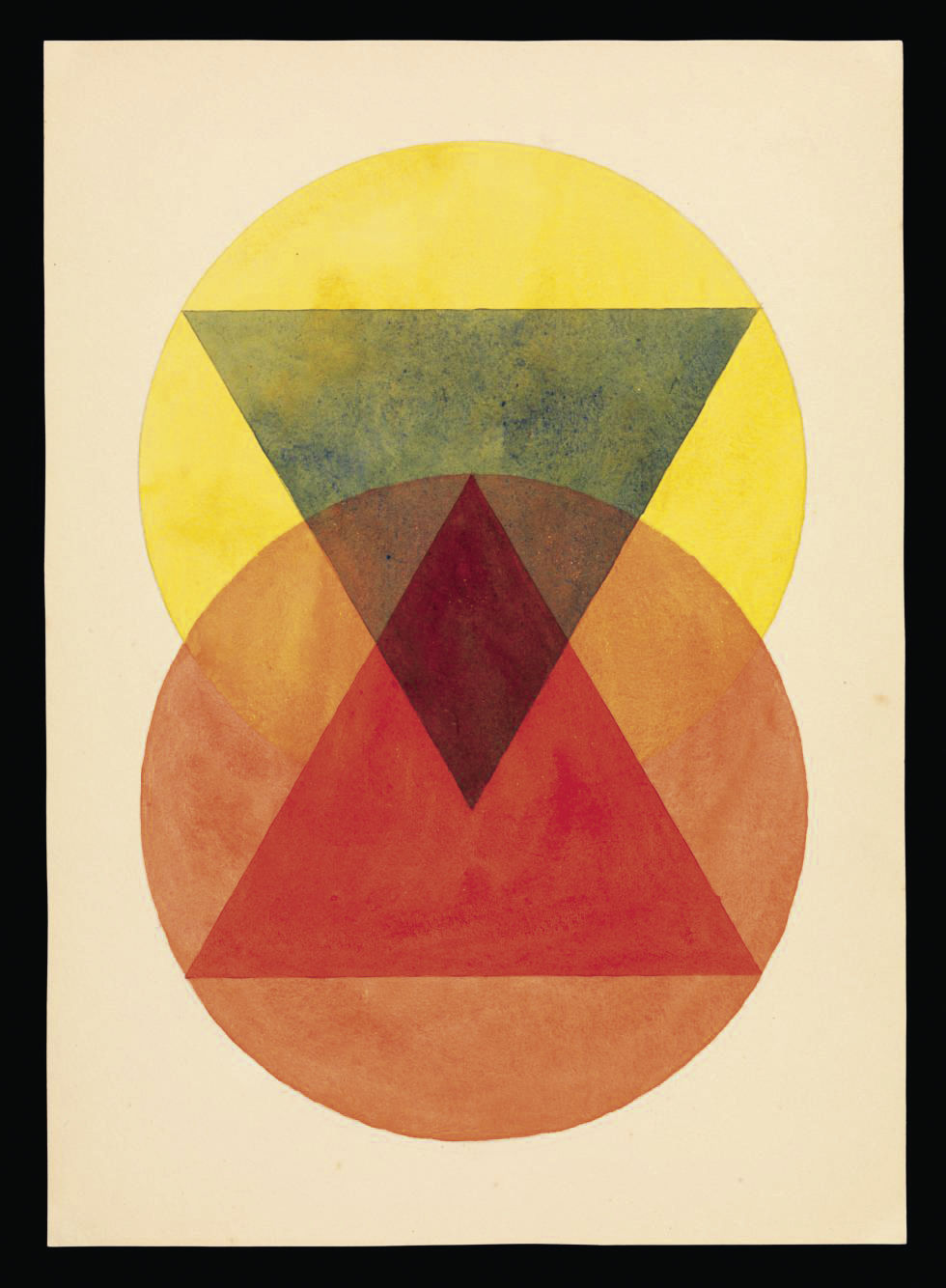 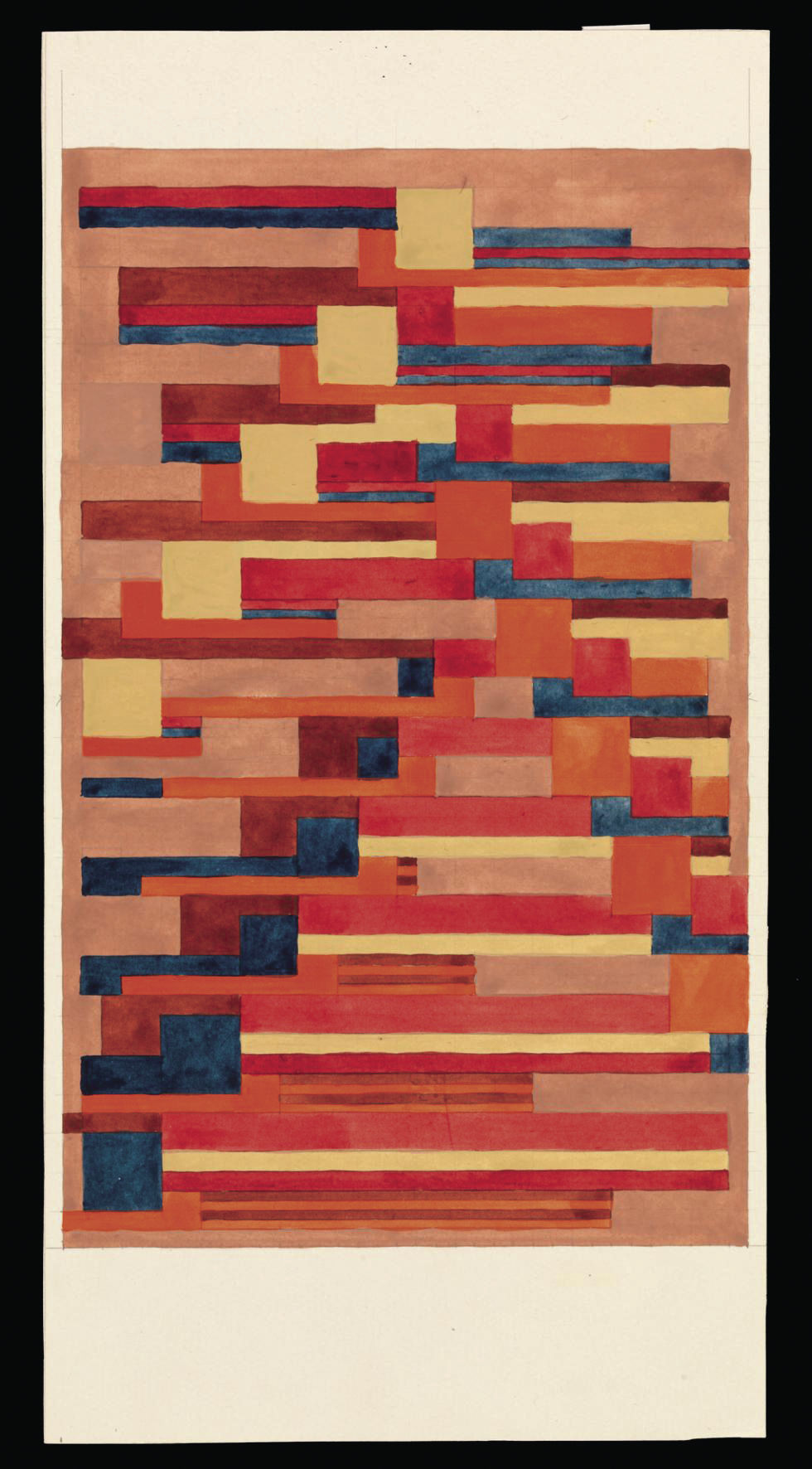 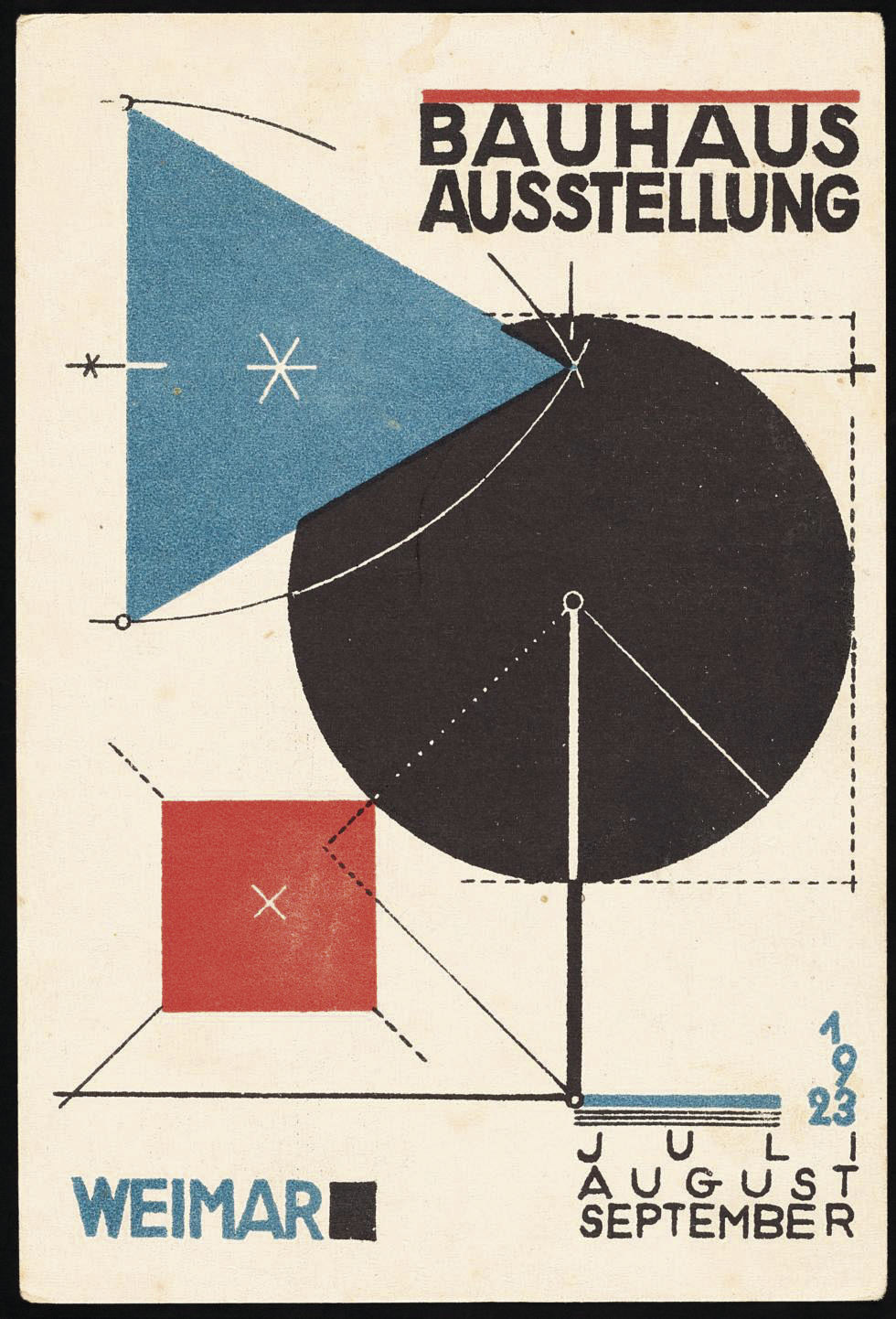