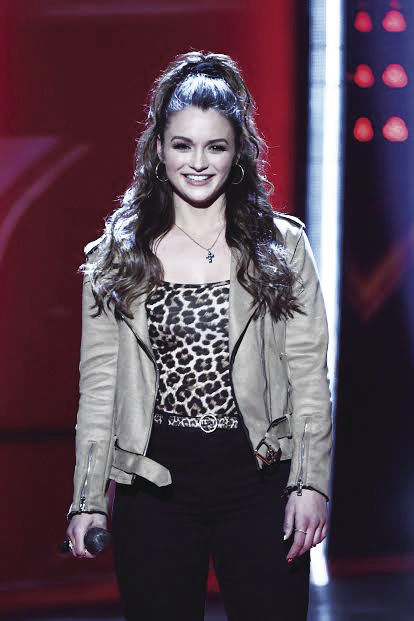 Joei Fulco appeared on the latest season of “The Voice.”

Joei Fulco appeared on the latest season of “The Voice.”

Less and less, it feels like society rejects the linear story of success.

It is nowhere close to the storybook version of “making it.” The more prominent figures share their journey with the world, their setbacks seem to be just that. No matter the scale, with the right attitude, a setback or obstacle is shown to be the catalyst for profound growth and progress. With a certain perspective, heartbreak is just steam for your boiler in disguise.

Recently, Joei Fulco experienced her own version of heartbreak. For those unaware, she was a recent contestant on this season of “The Voice.”

She was selected and mentored through the competition by Country superstar Blake Shelton. During this whirlwind journey, she was also coached by Pop singer Bebe Rexha and songwriting icon James Taylor.

Currently, her audition video of Cher’s “Gypsies, Tramps and Thieves” has reached two million views on YouTube. On May 6, Fulco was unfortunately voted out of the competition, after going a considerable distance through it.

To her credit, her statement on social media reflected a great attitude moving forward. Not only did she express gratitude for her mentors on “The Voice” and her family, she also thanked the show crew, Big Shotz Bar and Grill where the Fulcos frequently play and the Antelope Valley, for the support. To fully understand this story, I had a conversation with Fulco, to learn more.

Jesse Davidson: Especially in this Valley, everyone seems to have a unique story on how they became musicians. Give us a bit of your back-story growing up here and how you became involved with music.

Joei Fulco: I became a musician through my dad. He has been in the industry since he was a kid and I would always follow him on tour and go from show to show while I was growing up. I would always beg him to sing onstage and I immediately caught the bug. My first time singing was actually at one of his shows around Christmas time, when I was two years old. I begged him to let me sing “Jingle Bells” onstage and he finally gave in. I started singing and got about halfway through the song when I stopped the band and told the audience, none of which spoke English, that they needed to sing and clap with me. I then proceeded to restart the song.

JD: Singing is arguably the most personable instrument one can have. What was your process of learning and performing songs before “The Voice?” How has working with Blake Shelton and the overall show, enhanced that?

JF: Learning and performing songs is something that I have spent my whole life working on. My family and I perform over 300 songs and always try to change up the show by learning even more. Growing up, my dad would always give me new songs to learn for gigs later on that evening. I would have a few hours to learn the entire song for our show that night. I think that my history of learning songs like that really helped me in the fast-paced environment of “The Voice.” Working on this show with Blake has also helped with my ability to learn songs because it taught me how to learn the original, change it into my style and put my own personality into it.

JD: Speaking personally, it is a phenomenal feeling to be mentored by people you admire. You’ve experienced that on a massive scale for a national audience. Has this inspired you to one day be mentor for someone?

JF: This whole experience has definitely inspired me to mentor someone someday. I think it’s important to share experience and knowledge with as many people as you can and I hope to be able to do that for someone.

JD: At the risk of sounding clichéd, I’m a firm believer in the “every ending is a new beginning” mantra. After your last episode of “The Voice,” you made a tremendously positive statement on social media that reflects a great attitude moving forward. What are the next goals you are working toward on and off the stage?

JF: I definitely feel that this show was an amazing stepping stone to my larger goals. I believe that people need to keep driving forward regardless of how many times they fall. I will definitely continue to write, record and perform and hopefully grow my following or my “Fulco Family,” as I like to call it.