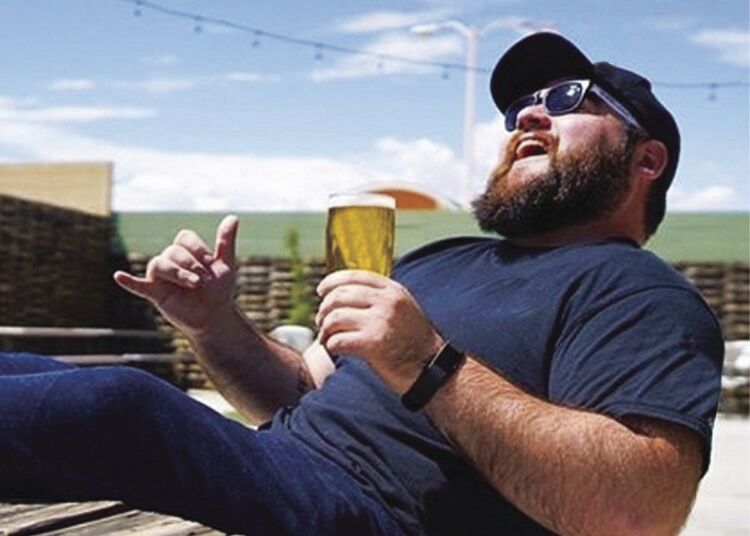 Adam Cagley will be part of Uncle Clyde’s Comedy Competition.

Adam Cagley will be part of Uncle Clyde’s Comedy Competition.

For the readers just joining us, part two of my conversation with local Comedian and Actor Adam Cagley resumes.

At the age of 10, he began acting commercially. During his 20-year career, he has appeared in “Phil of The Future,” “House,” “Shameless” and “Tim and Eric’s Bedtime Stories,” to name a few credits. Within the last few years, Cagley has shifted his focus to pursing his true passion, stand-up comedy. Since then, he has regularly featured and hosted shows at Flapper’s Comedy Club in Burbank. We pick up with discussing the craft of comedy and performing virtually during the pandemic.

Jesse Davidson: With adapting to Zoom for performing live comedy, has this affected the manner in which you develop your material? Have your ideas or your voice changed? Has this caused potentially new topics to come into frame?

Adam Cagley: I mean, the timing had to change just to work with Internet connection speeds. For the most part, the things I talk about and the way I talk about them hasn’t changed. The only real noticeable difference between Zoom and what I would do on stage is that I can’t move around as much as I normally would. Some of the physicality had to be toned down. I’m usually a lot more animated than I am on Zoom. That’s really been the only change. The way I approach the material and the way I deliver it, that really hasn’t adjusted much. It’s kind of been nice having to slow down a little bit for Zoom. It’s actually helped my timing.

AC: That’s been the fun thing that a lot of us (comedians) talk about. There’s so many comedians that when Zoom shows started, they turned their nose up to it. “I’m not doing Zoom shows, that’s a waste of time.” They haven’t done shows in almost a year at this point. The comedians that are going to come out on the other side of the pandemic, who got stronger, funnier and better, are the ones that grinded it out on Zoom.

JD: Agreed. That’s the case in any creative medium right now. I get if some people wouldn’t want to do it with their act. One person’s act may not translate the way another would. Some comics are trying find their voice at the beginning of their career, while others have been doing it 20-plus years and trying to change the act they’ve honed for the stage.

AC: It’s really just a matter of adapting it. Recently, I produced a show about a comedian that juggled flaming tennis rackets.

AC: He found a way to make it work. He put his laptop in his backyard and juggled flaming tennis rackets with his neighbors staring at him. There are a few established names doing virtual shows. I know Patton Oswalt has done two or three virtual hours. It feels like a changing of the guard. The big guys don’t want to adapt to the change. People that think they’re big guys, think they’re too good for the change. It’s everybody else putting in the work that will be a year ahead of the people that aren’t at this point.

JD: Definitely. What are your creative goals for 2021?

AC: I’ve been gathering the video from my recent shows, the ones that have gone well, anyway, and ripping the audio off the video files and putting together a quarantine Zoom EP. Hopefully, I’ll put that out by April. I usually set a goal for the amount of time I want. I want to have a really solid half-hour by the end of the year. I also want to get my laugh-per-minute ratio up. Right now, I’m around a laugh every minute-and-a-half or so. I want to get that down to a minute. Really, it’s taking any opportunity that comes my way at this point. That’s how I got the job at Flapper’s. I got furloughed from my job during the pandemic and they needed volunteers for the Boston Comedy Festival. Then, they hired me after I volunteered. It’s about getting myself and my material to the point where I can watch the video or listen to the audio and laugh as if it weren’t me saying the jokes.

If you’d like to check out his comedy, Cagley will be performing virtually at 7 p.m., March 3 at Flapper’s Comedy Club during Uncle Clyde’s comedy competition.