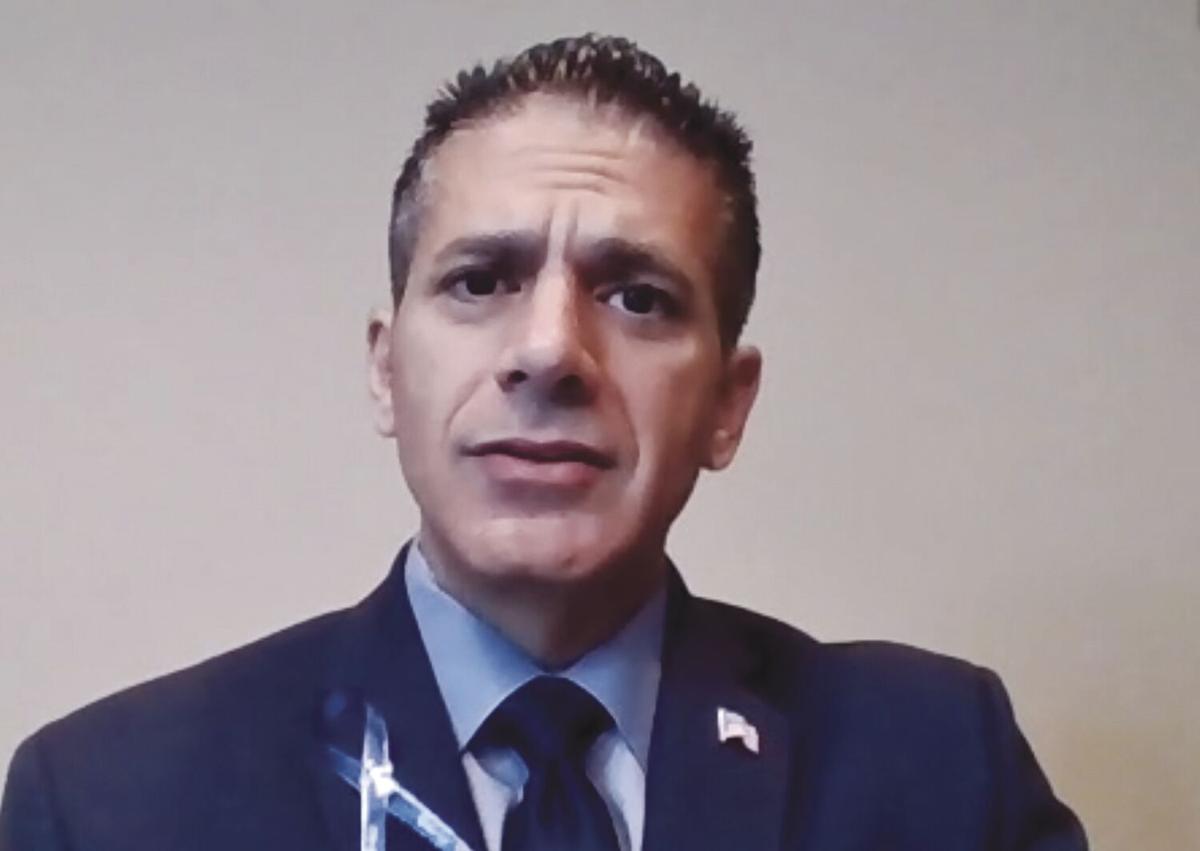 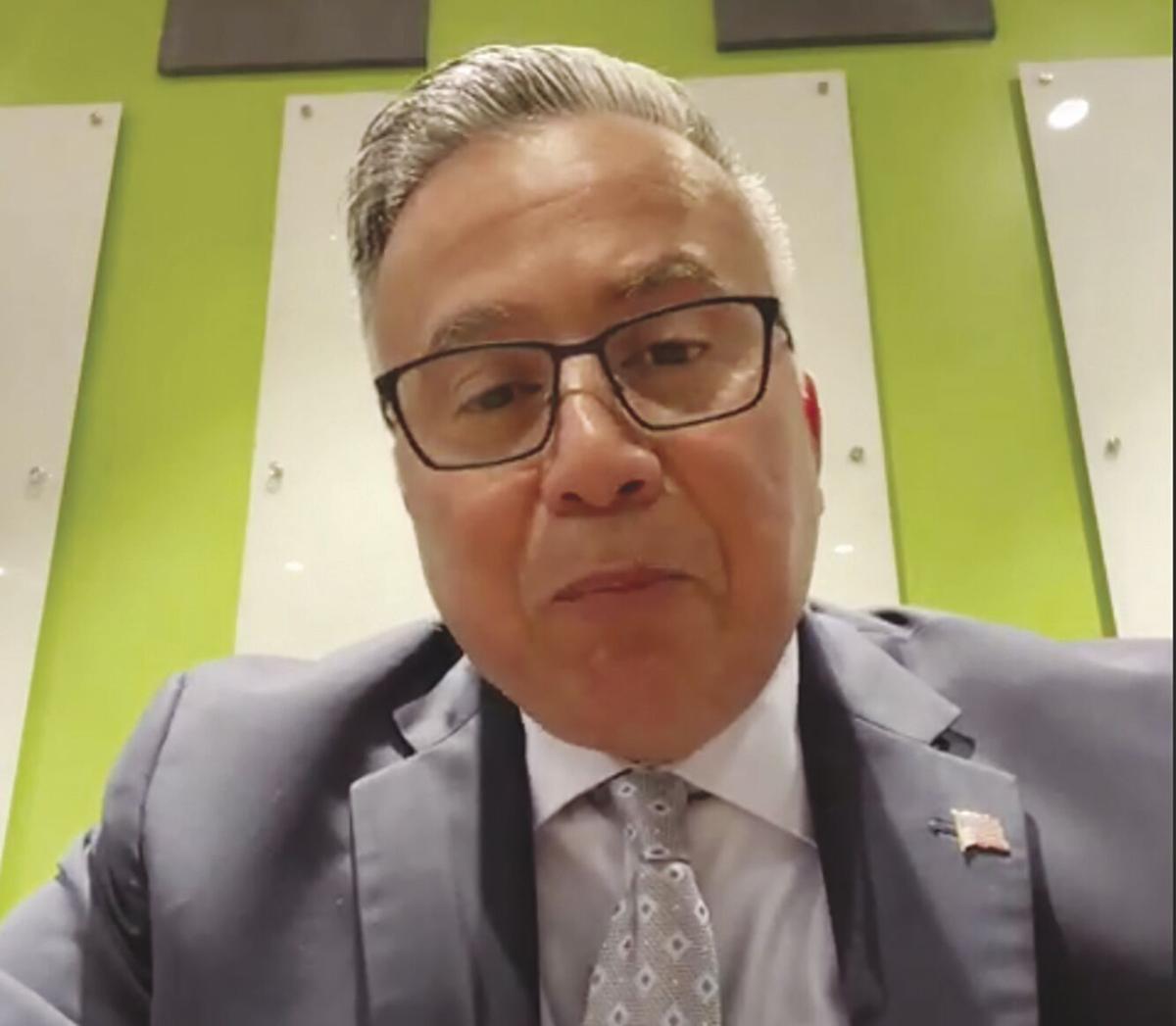 Castillo, a decorated veteran detective of the LAPD’s elite Sex Crimes Division, who retired after 30 years with the department, now serves as chief investigator for the Dordulian Law Group.

“Sex abuse does happen; it happens more often than we want to believe,” Castillo said.

Castillo explained how a sex abuse case would go from a crime report to his desk for an investigation. He emphasized the importance of having a victim advocate be a part of the process.

“If you’re a victim advocate, God bless you,” Castillo said. “Thank you for being that because you play a very key role in bringing justice for the victims.”

Castillo recalled the case of a young girl who reported abuse at age 16. She had suffered almost daily abuse at the hands of her step-father starting at age 5.

“Twice her mother caught him in the act but did nothing about it,” Castillo said. “All she did was kick him out of the house temporarily, and he came back home and the abuse continued.”

The girl found the courage to tell her best friend, who told a local pastor. The pastor called Castillo, who started an investigation.

The detective added such cases can go on for a long time because the victim may feel they have no one to turn to and no one who would believe them. In this case, the victim’s own mother twice caught the step-father in the act and did nothing.

“Obviously, she felt stuck. She felt trapped,” Castillo said of the victim.

Because the last abuse occurred a year before the victim disclosed it, there was no physical evidence. Castillo’s investigation relied on disturbing drawings the young girl did.

Castillo got a confession out of the man and arrested him. He presented the case to the district attorney’s office. The man pleaded guilty right away.

“The victim of a sexual assault has a right to be interviewed by an officer of the same gender if he/she chooses to do so, has a right to have a victim advocate or a support person with them at each stage of the investigation,” Castillo said.

Castillo encouraged anyone who knows of someone in a similar situation to report it.

“I know it’s not easy, but you’ve got to do the right thing and report it,” Castillo said.

The detective bonded with the victim. About 12 years later, she thanked him for saving her life, By that time she was married and had a new baby.

“She said, ‘I couldn’t have done it without you,’ ” Castillo recalled.

The timing was serendipitous as Castillo said he was going through a difficult period in his career.

“She did receive counseling in the very beginning of this investigation and that helped. That counseling, I believe, was very key to her becoming who she was as a proud mommy and wife. So that’s why it’s so important to get those resources right away,” Castillo said.

Castillo added abusers will continue to abuse until they either get arrested, or die.

“These abusers, once you commit this horrible crime of child molesting, there’s a point of no return,” Castillo said. “You will continue to do this, if not on this victim, other victims.”

Hatami is a 15-year veteran prosecutor who prosecutes child abuse cases. Hatami won a conviction in the torture and murder case of Gabriel Fernandez of Palmdale by the 8-year-old boy’s mother and her boyfriend.

He was named prosecutor of the year in 2019 by the Los Angeles County Bar Association, and in 2016 for the Antelope Valley.

Hatami thanked Valley Oasis and AV College for inviting them to speak.

Hatami said victims of sexual abuse never forget what happened to them.

“It lasts a lifetime; they don’t just get over it,” he said.

Hatami  recalled a case in the Antelope Valley where two 15-year-old girls were sexually assaulted in Lancaster.

“They still call me and we still talk,” Hatami said. “They’ll never forget that, but at least they got a small sense of justice in our system. People believed them. The jury believed them. The judge believed them, and so that’s why the process is important. It can work and it does work, especially when you have caring individuals in the police department and in the DA’s office.”

Hatami added the sad reality is that every 73 seconds someone in the United States is sexually assaulted.

“Every nine minutes, that victim is a child,” he said.

“The sad thing though is out of every 1,000 sexual assault cases only about 310 are reported to police typically it’s because many people are embarrassed,” Hatami said.

Even then, not all of the cases that are reported can be prosecuted.

“We do our best to fight for victims and survivors as much as we can,” Hatami said.

With April recognized as Sexual Assault and Awareness and Prevention Month, Hatami said they must all raise awareness to do something about it.

He recommended five ways to fight back as a community.

One way is to educate yourself about sexual assault; it impacts women, children and men. Victims experience depression, anxiety, suicidal thoughts, and drug and alcohol addiction, and difficulty at school and work, and problems with relationships.

“Volunteer. We all can volunteer,” Hatami said.

He recommended people volunteer at a hot line, crisis center, participate in a fundraising event or advocate for survivors.

“We need to contact our legislators and get them to work for us and work for the people and fight for survivors and victims,” Hatami said.

He added social media can also be a powerful tool.

“Be a voice for the voiceless,” he said.

You could also become a child abuse prosecutor, a detective, or any number of agencies to fight for the vulnerable victims and survivors.

“You should always fight for others who cant fight for themselves,” Hatami said.

He added the most important thing to say to survivors of sexual abuse is, “I believe you.”