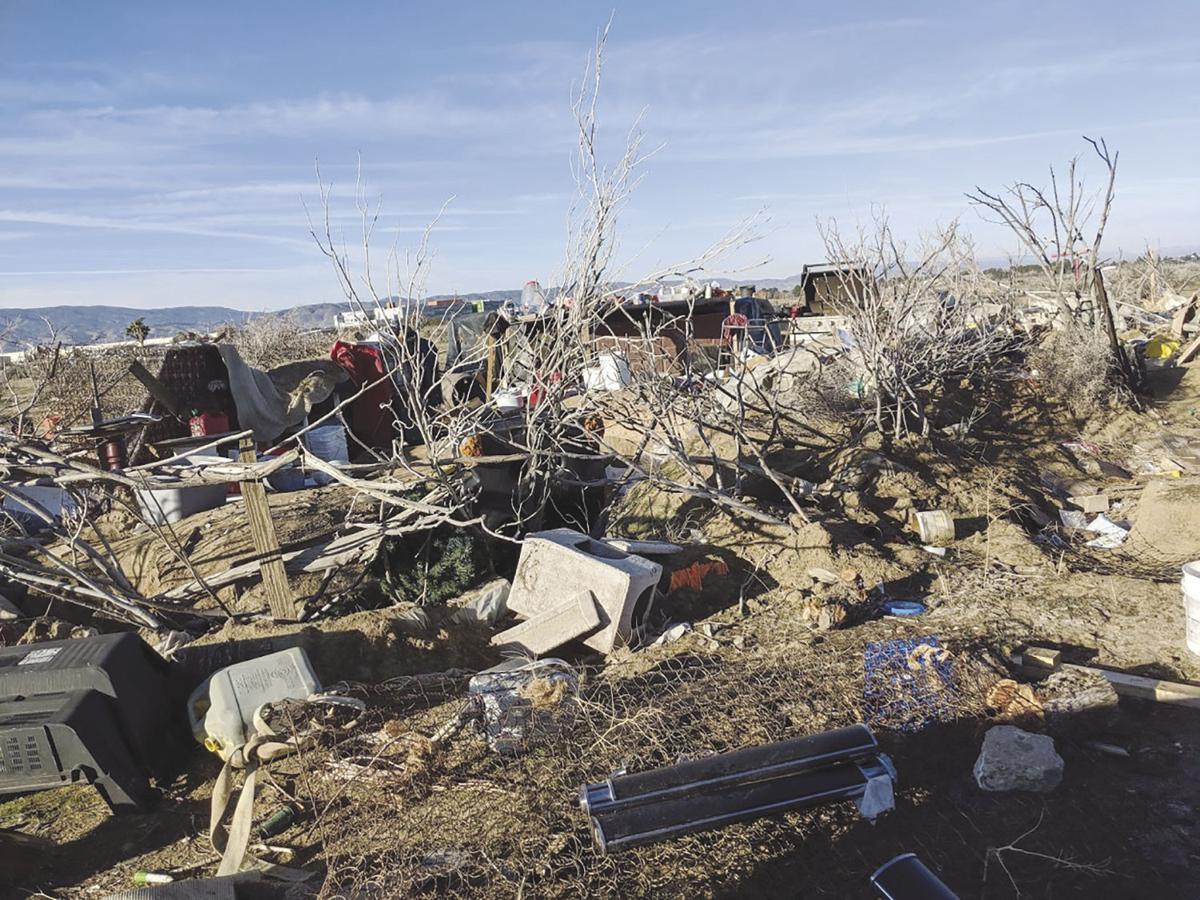 A homeless camp off Sierra Highway and Avenue L is reinforced with a block wall. Valley Oasis coordinated Thursday with the City of Lancaster for the 2020 Greater Los Angeles Homeless Count. 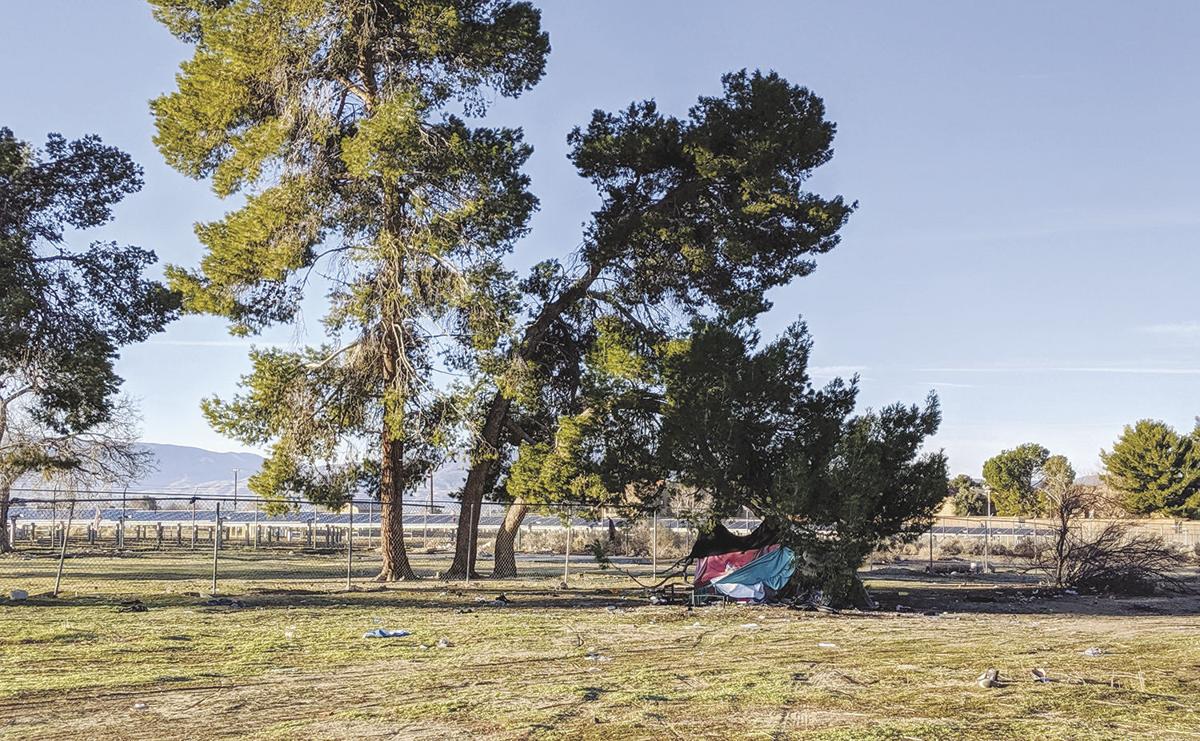 Large trees can provide protection from the wind and sun for someone experiencing homelessness.

A homeless camp off Sierra Highway and Avenue L is reinforced with a block wall. Valley Oasis coordinated Thursday with the City of Lancaster for the 2020 Greater Los Angeles Homeless Count.

Large trees can provide protection from the wind and sun for someone experiencing homelessness.

LANCASTER — The Valley Oasis outreach team of Nick Matthews, Rebecca Springer, and Gallo Angulo knew where to look when they set out early Thursday morning for the 2020 Greater Los Angeles Homeless Count.

“That’s the one thing that’s kind of weird is you don’t really see anything until you kind of get into it,” Matthews said. “That’s something that you wouldn’t notice or know unless you’re doing the work.”

Because they conduct outreach to people who live in the desert, they know where to look. They know about the underground homeless camps. They know how to identify a homeless camp.

What looked like a large camp at one location turned out to belong to two families, Springer said.

“Working with this for so long we have an eye for looking into the field,” Springer said. “It becomes more training and experience to see what we’re looking for.”

For a person experiencing homelessness, a big tree can provide protection from the wind and sun, so it is a suitable place for someone to camp, Springer added.

“The survival techniques of these people are just astonishing,” she said.

Sometimes, they meet someone in dire need of medical help. They had to convince one man suffering from frostbite on his foot and whose clothes were soaked from a rain storm to go to the hospital with them.

“He was in so much pain. … They said basically if he would have stayed out there one more night he would have died,” Springer said.

Springer added they placed the man in bridge crisis housing.

“Basically outreach’s role is to get these folks engaged and we want them to get housing,” Matthews said.

Angulo started working for Valley Oasis in October. Valley Oasis coordinated with the City of Lancaster on the homeless count.

About 31 volunteers met at the Valley Oasis office building on Sahuayo Street in the pre-dawn darkness. They watched a 15-minute training video that detailed how to conduct the count, signed waiver forms, and took a last-minute “quiz” before they set out in teams to count people experiencing homelessness in their assigned tract.

“This is an actual tangible step in which we can continue to help solve this issue, this human rights issue of homelessness that we have today,” Mercedes Frierson, associate director, Operations & Training, Access & Engagement Department for the Los Angeles Homeless Services Authority, which conducts the annual count, said to volunteers.

Volunteer Kathy Juddine, who works for Valley Oasis, counted transition age youth (ages 18 to 24) last year. She wanted to get out on the street this year.

“I wanted to get the experience of actually seeing the homeless,” Juddine said. “Because I do intake I never get to see the homeless on the street. They always come through the doors, so just to see them actually in their envorments.”

Palmdale resident Elizabeth Monje volunteered for the count for the first time this year.

“I just want to give back to my community and this is a really great opportunity to help get funding for people in need,” Monje said.

Thursday was the third and final day of the point-in-time street count. In the Antelope Valley, which is under Service Planning Area 1, volunteers were limited to driving tracts, so volunteers tallied people experiencing homelessness by vehicle.

The homeless count is man­dated by the U.S. De­part­ment of Housing and Urban De­vel­op­ment and coordinated by the Los An­geles Homeless Ser­vices Auth­ority. L.A. Coun­­ty con­ducts the count annually to have the most accurate data. The count helps officials better understand homelessness in the region and direct resources where they are needed most.