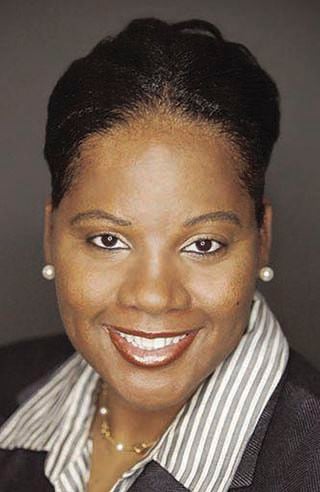 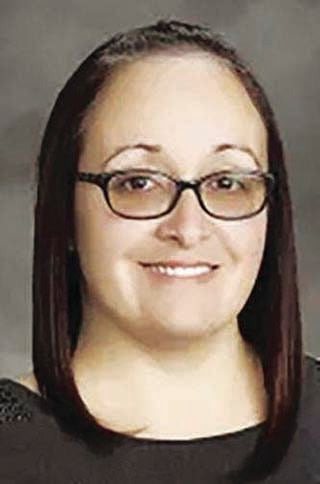 LANCASTER — Antelope Valley Union High School District Board of Education members Victoria Ruffin and Amanda Parrell have missed six out of 15 Board meetings and 14 out of 15 closed sessions since November.

Ruffin and Parrell walked out of the Nov. 14 meeting rather than hear a presentation by attorney Jay Fernow on filling a Board vacancy. They did not attend the Dec. 17, Jan. 23 and 30, and March 12 meetings.

Board Clerk Jill McGrady has missed one meeting in nine years due to hospitalization for surgery. Trustee John Rush has missed no meetings in nearly two years on the Board.

“We’ve not had a quorum for closed session since December,” McGrady said at the July 23 meeting. “We’ve been unable to perform as a Board and make necessary decisions.”

McGrady explained a proposed change to Board Bylaw 9250(a) would require Board members to attend a complete meeting in order to receive the $463 monthly stipend, rather than at least 50% of the meeting time as is currently written.

Ruffin recalled that the Board changed one meeting day last year to accommodate McGrady, who directed a play, “Damn Yankees,” for Cedar Street Theatre.

“You didn’t miss a meeting because at that Board meeting, you had us change the entire meeting to a different day so you would not miss,” Ruffin said.

However, when McGrady agreed to direct the play, the Board met on the first and third Wednesdays of the month. The former Board majority changed the day and time of Board meetings to the second and fourth Thursday of the month, at Ruffin’s request.

At the time, Ruffin said she wanted to accommodate commuters. The schedule change appeared to accommodate Ruffin instead, however, as her former employer, Oxnard Union High School District, also held Board meetings on the first and third Wednesdays of the month.

McGrady explained the conflict of the Board’s new schedule with her previous commitment to direct the play at the Board’s April 25, 2019, meeting. Changing the meeting days from Wednesday to Thursday and the weeks from the first and third weeks to the second and fourth weeks conflicted with the play’s tech week. The Board unanimously agreed to move the May 23, 2019, meeting to the previous day.

Ruffin and Parrell did not participate in closed session for the July 23 meeting, either.

Prior to the start of closed session, Ruffin reiterated three reasons as to why she has refused to participate. She does not want members of Superintendent David Vierra’s leadership team to attend closed session. Ruffin said she received an email from Vierra stating members of his cabinet would not attend. Ruffin also alleged a “hostile” environment for closed session. She said since the Board was meeting virtually, that would not be an issue.

But the main reason appears to be that attorney John W. Harris, who was hired by the former Board majority last year, is not permitted to participate.

Ruffin said there has been no new Board majority that has altered or changed Harris from being the Board attorney.

Fernow said that was not accurate.

“The Board took action in April of last year to permit Mr. Davis as Board president to confer with Mr. Harris per the Board’s bylaw,” Fernow said. “So to say that he’s been approved by the Board majority to attend closed sessions just is not accurate.”

Ruffin said if there was a problem having Harris on the line for the July 23 closed session, she would not have him call in and disrupt closed session.

“I will allow my colleagues to meet without having him online,” Ruffin said.

Ruffin then refused to participate in closed session without Harris. Parrell also said she would not participate.

Winn served 13 years on the Board. California used to have a law on the books that allowed retired Board members to receive lifetime health benefits if they served 12 years or longer. However, the law expired about seven years before Winn joined the Board in 2002.

Ruffin read the first part of the related paragraph in the bylaw but stopped short of reading the entire thing.

“In the same thing you’re reading there, it said this benefit shall not be granted to Board members whose first term of office began on (or after) Jan. 1, 1995,” Rush said.

Ruffin, shouting, then went after McGrady.

“Mrs. McGrady didn’t put a call out to these Board members to give us options of what days would be best for us to have a Board meeting,” Ruffin said. “She didn’t give us a choice, did she? No, she did not. So it was no discussion; it was either you come or you don’t. But when she sat on this Board for her convenience as a white woman to go to her play, we agreed to change it. But she can sit here and say she hasn’t missed a meeting because it was convenience to her because she had privilege. Thank you.”

In fact, Ruffin chose the 2020 yearly calendar of regular Board meetings at the Feb. 27 meeting.

Out of the three calendar options, Ruffin motioned for Option 2, with one meeting per month at 7 p.m. on Thursdays. There were two meetings for June at the time because of requirements for a public hearing on the proposed budget to be held on a different day than when the budget was adopted. The COVID-19 pandemic negated that and the Board held only one meeting in June.

Rush seconded Ruffin’s motion. The Board approved the calendar on a 3-1 vote at the Feb. 27 meeting. McGrady cast the lone dissenting vote.

McGrady pointed out that the District does not have anyone who is receiving lifetime benefits.

Fernow clarified that the language itself does not provide for lifetime benefits. The proposed language change states that Board members cannot receive any greater benefit than the most generous benefits received by any category of nonsafety employee.

“I believe that these revisions are important considering the place we’re currently in,” Johnson said. “To have a functioning Board includes attending the complete meeting, including closed session. These members of areas 4 and 5 have made a mockery of our Board meetings with their attendance.”

Johnson added students in the Interschool Communication Council have spent weeks on presentations to be made before the Board.

Ruffin motioned for the Board to have a workshop without Vierra on the proposed bylaw change. Parrell seconded the motion.

“I’m not sure that a workshop is going to help us,” McGrady said. “Basically what we’re trying to do is require Board members to come to meetings to be paid, and then we have to take care of the health and welfare benefits so that we’re in line with the program, and right now we are not, so we have to fix that.”

After the discussion of Board member compensation, the next item on the agenda was a resolution to compensate Parrell for the missed June 11 meeting.

Parrell did not recuse herself from the vote, even though she had a clear conflict of interest. She motioned for approval. Ruffin seconded.

Parrell explained she was out of state at the time because her great uncle passed away the day prior to the meeting and she had to plan his funeral.

“First of all, I’m very sorry for your loss,” Rush said. “That being said, I have a hard time voting to pay you when you’ve missed so many past meetings. To me you’ve already received compensation for this missed meeting by all the other meetings that you missed. I can’t even wrap my head around how you have the nerve to put this on.”

Parrell voted for herself to receive compensation. So did Ruffin and Johnson. But the motion failed on a 2-2 vote, with Rush and McGrady dissenting.