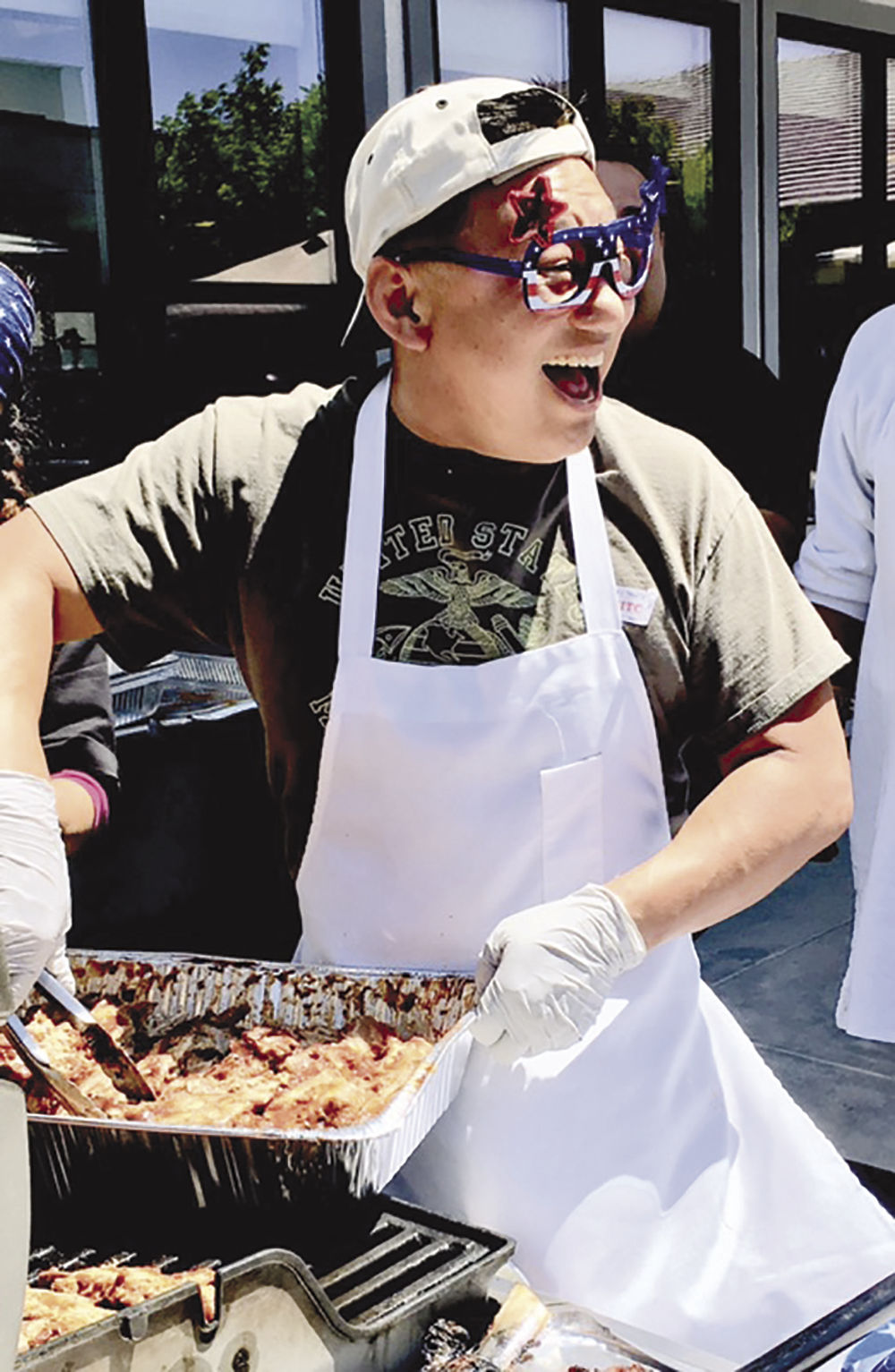 Chef Jin Hur of Crazy Otto’s cooks up barbecued meat for patrons to enjoy at a barbecue Saturday at the William J. “Pete” Knight Veterans Home. 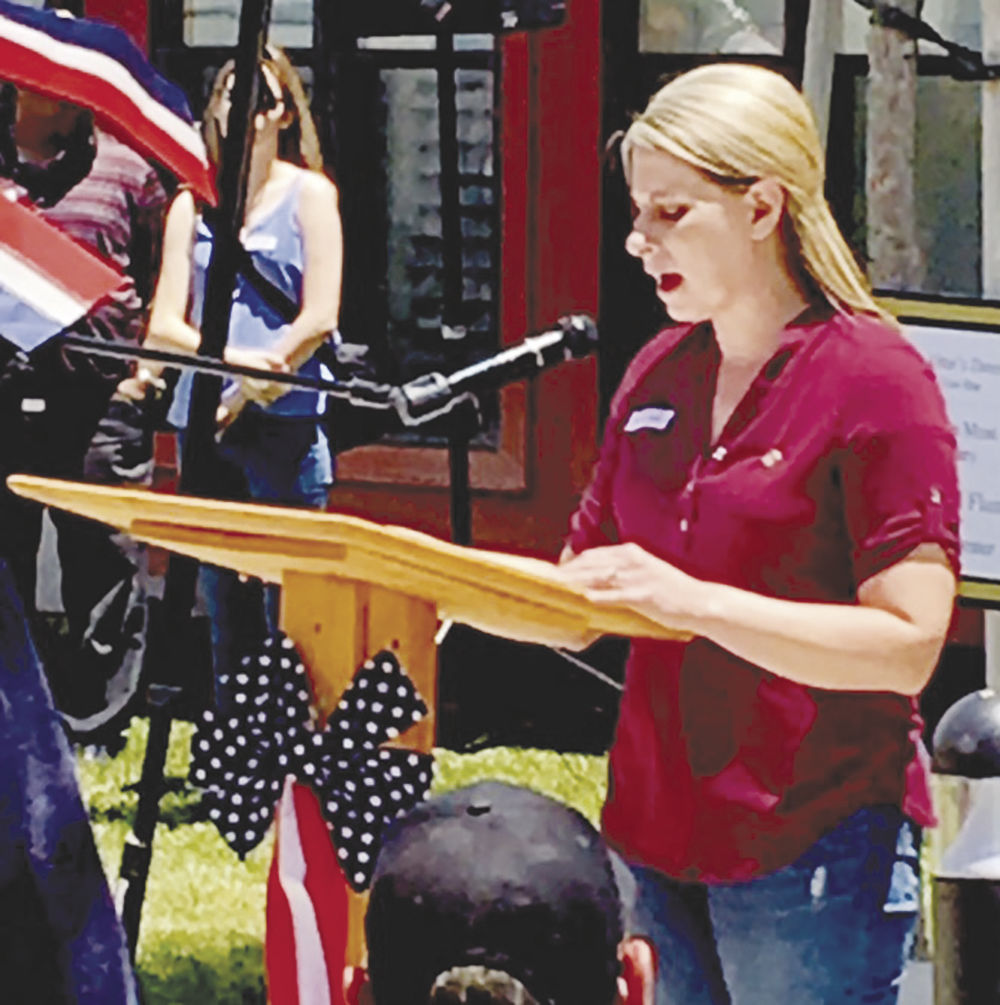 California Rep. Katie Hill, D-Agua Dulce, was among the speakers Saturday at a barbecue to honor veterans  at the William J. “Pete” Knight Veterans Home. Coffee4Vets hosted the event. 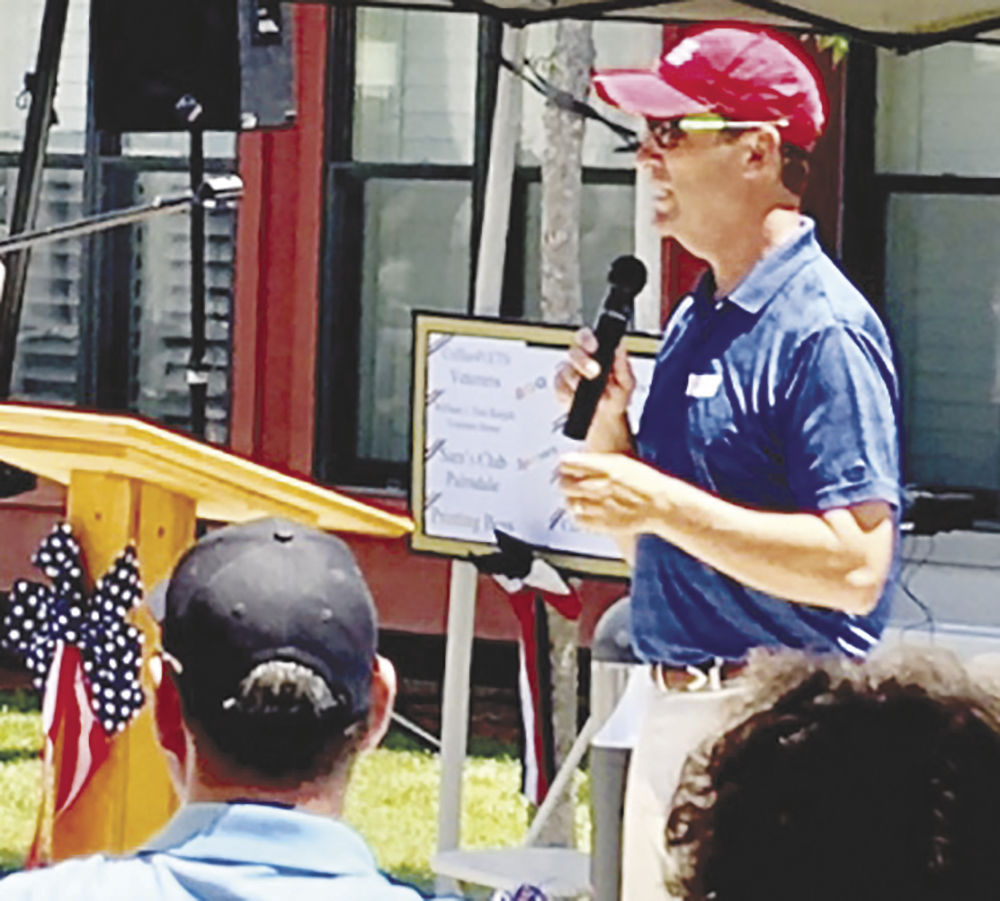 Former California Rep. Steve Knight, R-Palmdale, was among the speakers Saturday at a barbecue to honor veterans  at the William J. “Pete” Knight Veterans Home. Coffee4Vets hosted the event.

Chef Jin Hur of Crazy Otto’s cooks up barbecued meat for patrons to enjoy at a barbecue Saturday at the William J. “Pete” Knight Veterans Home.

California Rep. Katie Hill, D-Agua Dulce, was among the speakers Saturday at a barbecue to honor veterans  at the William J. “Pete” Knight Veterans Home. Coffee4Vets hosted the event.

Former California Rep. Steve Knight, R-Palmdale, was among the speakers Saturday at a barbecue to honor veterans  at the William J. “Pete” Knight Veterans Home. Coffee4Vets hosted the event.

LANCASTER — If Memorial Day weekend is the time for remembering military friends, comrades who are lost to time, there were hundreds, probably thousands, of such memories swirling around the barbecue hosted by Coffee4Vets at the William J. “Pete” Knight Veterans Home on Saturday.

Some of the most senior veterans filling up plates at the barbecue where chef Jin Hur of Crazy Otto’s served up more than 600 pounds of barbecued meat were the ones, of course, who held the most distant memories. Hur’s son, Richard, served with Marines in Afghanistan, and lost nearly two dozen friends during a deployment that was so hard it was called “The Million Steps.”

The meaning of Memorial Day is to hold in one’s heart those people that veterans know as “absent friends and comrades,” and the meaning extends to members of the Army, Navy, Marine Corps, Air Force and Coast Guard.

World War II Navy veteran Sherman Blakeslee, at 94, picked up the sheriff’s “challenge coin” for oldest veteran in the gathering of more than 300 veterans and community supporters who turned out. The ceremonial coin was handed out by Lancaster Sheriff’s Station commander Capt. Todd Weber, himself an Army veteran of the Cold War in Europe.

“My brother was a paratrooper,” Blakeslee recalled. “He served with the 101st Airborne. He died during the war.”

That was in 1944. At that time, Blakeslee was on the other side of the world, a radar operator aboard a baby aircraft carrier whose name was changed from Coral Sea, to USS Anzio — both the names of major World War II battles.

“I was 19 years old,” Blakeslee recalled. “My brother was 21 years old. He volunteered for paratroopers. It’s what he wanted to do.”

Blakeslee said the family never learned the exact circumstances of his brother’s death. “He was a better man than me. … My life has been blessed,” he said.

In the long, winding barbecue line, such stories were shared. Also, stories that were happy, poignant, and sometimes downright funny.

Palmer Andrew, another 90-something, who served with Marines in the Pacific during WWII, arrived, accompanied by his grandson, Alan Quentin, and a brother Marine of a different era, Tony Tortelano. The three men shared good-natured ribbing, in addition to the ribs, pork and beef.

Andrew served in the Pacific under the legendary Marine, Lewis “Chesty” Puller, on a lethal, long-range patrol against the Japanese.

The caregiver grandson noted proudly that he has a yellow T-shirt with a Marine Corps insignia on the front, with a scroll that says “Grandson of a Marine,” and added, “It says ‘CIVILIAN’ on the back,” He laughed, and said “That’s the shirt I get to wear.”

The barbecue was a major undertaking, staffed by a platoon-size element of volunteers, and sponsors who support Coffee4Vets, a Tuesday morning gathering at Crazy Otto’s restaurant on Avenue I.

Coffee4Vets President Juan Blanco introduced notables at the packed center courtyard of the state Veterans Home, which included Steve Knight, son of the Air Force war hero the home is named for, and Katie Hill, who succeeded Steve Knight as congressperson for the 25th District that includes most of the Antelope Valley. It was an auspicious appearance by the Republican, Knight, and Hill, the Democrat, but the pair put election differences aside to talk about service in the armed forces, and veterans.

Knight, born at Edwards AFB and a lifelong AV native, recalled that it was his father, Air Force Col. Pete Knight, who spearheaded the drive to build the Veterans Home that opened nearly 10 years ago, and that it took 14 years of effort to complete.

The elder Knight, flying from Edwards AFB in 1967, set the world’s speed record for his flight in the X-15 rocket plane, a record that stands today. Finishing the X-15 program that qualified him for astronaut wings, he shipped out to Vietnam and flew 253 combat missions. Pete Knight died in 2004 after serving as Palmdale’s mayor and in both houses of the state Legislature.

Knight said his father wouldn’t have intended the Veterans Home to be named for him, but it came to be because of his Air Force service of 32 years, and his stature in the Antelope Valley.

“My dad would say, his words, ‘When you go out to Edwards and see a young lieutenant, or maybe an E-4 or E-5, tell them, “Thank you for what you are doing out here every day.” ’ ” He added, “If you can help out a veteran, help out a veteran. … That’s what makes this Antelope Valley great.”

Hill continued on Knight’s theme of the duty to be of service to veterans and their families.

“Not a day goes by in Washington that I walk down the halls without thinking about the men and women who lay down their lives for this country,” she said. “Today we honor those who made the ultimate sacrifice for us, for our freedoms, for our liberty for our pursuit of happiness.”

“My thoughts are not only with those who lost their lives on the battlefield, but with those who brought their battles back with them,” Hill said, noting the VA’s estimate of 20 veteran suicides a day.

“Together we can end this epidemic, and ensure that the veterans who served us, are now served by us,” she said. “Simply put, our veterans in the Antelope Valley, and the nation, deserve the very best.”

“Nothing is more important than our continued dedication to our veterans and their families,” Hill said.

“I also would like to give love and support to the loved ones of those who have fallen, especially those here today. Our community in the Antelope Valley is robust, diverse and deeply dedicated to the bi-partisan work to support the veterans in our community.”

Noting that she grew up in the Antelope Valley, she closed by saying, “I was raised by veterans who taught me that there is no higher honor than serving your country.”

Lancaster Councilman Ken Mann, son of a WWII veteran, announced the Knight Veterans Home will soon have a sizable city-dedicated sign at the corner of 30th Street West and Avenue I.

Palmdale’s assistant city manager, JJ Murphy, spoke of the losses that come to mind and heart for veterans during Memorial Day events.

“There’s not many of us who have served, who have not lost someone, and we carry that burden with us,” said Murphy, a retired Air Force major. “As veterans we are grateful for serving with people who gave us the freedoms we have today.”

Veterans Home Director Elvie Ancheta read Gov. Gavin Newsom’s statement honoring veterans on Memorial Day, and it was time to get to the ribs and all the trimmings.