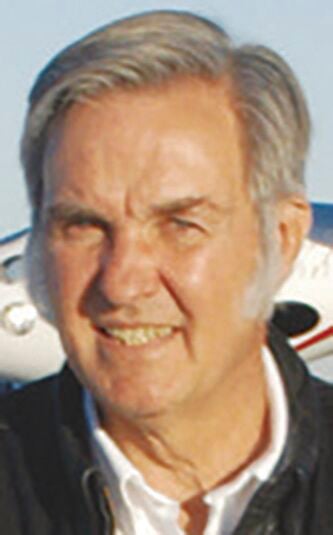 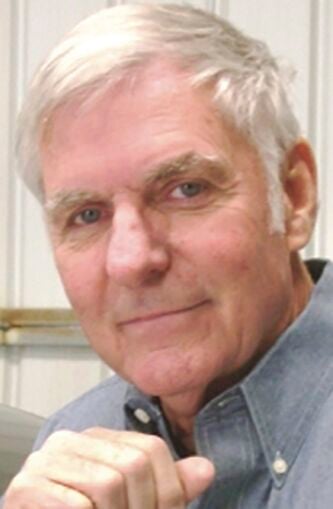 MOJAVE — The Mojave Air and Space Port will soon include the name of the men who could be said to have put the facility on the map, Burt and Dick Rutan.

The airport’s Board of Directors voted, on Tuesday, to incorporate the Rutan name in the title, with the specific wording to be determined. The vote was 4-0, with Board

Adding the Rutan name to the facility would recognize aerospace designer Burt Rutan and his record-setting brother, Dick, as their “aviation achievements have played a key role in the evolution of the aerospace industry and the success of the Mojave Air & Space Port organization,” according to the staff report.

Burt Rutan founded the Rutan Aircraft Factory at what was then a small, general aviation airport in Mojave, in 1974, and started Scaled Composites there eight years later.

In the 47 years since Rutan set up shop in Mo­jave, the airport has be­come internationally known as a home to aer­o­space innovation and has drawn other firms look­ing for a home for re­search and de­vel­opment.

Dick Rutan is perhaps best known for piloting the Burt-designed Voyager aircraft around the world, without stopping or refueling, in 1986. A decorated Air Force fighter pilot, he also served as a test pilot for Burt’s firms and has set several aviation records.

Burt Rutan retired from Scaled Composites in 2011; he and Dick now reside in Coeur d’Alene, Idaho.

The Board renewed discussion of the name change, first proposed in 2019, at its Nov. 16 meeting, and asked staff to prepare a resolution for action.

The airport management conducted a survey of 104 tenants and found that, of the 52 responses received, 34.62% agreed with modifying the name to Rutan Field at Mojave Air and Space Port, while 53.84% disagreed and 11.54% neither agreed nor disagreed with the proposal.

The anonymous survey stated the name change “would be honorary in nature and not constitute the need for a rebranding campaign by the district or completion of legal applications.”

General Manager Todd Lindner noted that even the Wright brothers had detractors, although they are still remembered for their achievements. “I think the same could be said for the Rutan brothers, as well,” he said.

“The Rutan name is noteworthy,” he said.

There was some debate about the wisdom of naming a facility after someone still living, instead of posthumously.

“You have to be sure that, once you do that, that you understand the potential ramifications that could come out of it, should something come up,” Lindner said.

Director Robert Morgan argued such issues may arise whether the honor is made posthumously or not.

“You’re generally not naming it after the human being … you’re naming it after the symbol that they become,” Director Diane Barney said. “The risk that we do have in naming a facility after someone before they have passed on is that we haven’t heard the final conversation yet, on what that person had become as a symbol.”

There was little public comment on the matter, during Tuesday’s meeting, which was held via Zoom with only Directors and staff in the room. Barney, however, said there were several people who had planned to attempt to speak on the matter, not knowing it was being held without public in attendance.

Previous public discussions have had a number of supporters of name change speak.

One speaker, from tenant Toyota who said he did not receive the survey, said the Rutan’s efforts over the years created a place in Mojave that attracts others.

“I know firsthand that the Rutan magnetism drew me and my company to Mojave and it will continue to do so for countless others,” he said.

Balentine said he had spoken to members of the community who opposed the name change for what he termed personal reasons, and that he could not share the specifics.

He also opposed the wording with Rutan Field preceding Mojave Air and Space Port, saying he didn’t want to disrupt the site’s branding.

“The action (to change the name) is more important, as long as it incorporates the Rutan brothers in the name,” Morgan said.

They changed wording of the resolution to state their decision would “incorporate the name Rutan into the Mojave Air and Space Port title.”

The Board will decide on the final wording at a later date.

The name change will have to be filed with the Federal Aviation Administration and the state, Lindner said, which will have little direct financial cost but will require staff time to complete.

Any formal rebranding campaign could cost between $24,000 to $45,000, based on quotes staff has received, he said.

Additionally, the airport has signs that would cost approximately $56,000 to $60,000 to modify, according to the staff report.

Therefore, any changes should be implemented incrementally, to reduce the financial burden, he said.