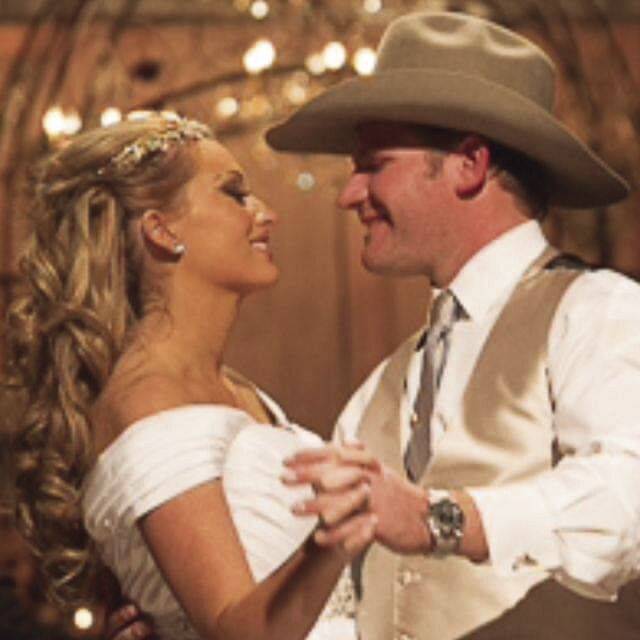 Jessica and Justin Lane dance at their wedding. Justin Lane tragically died in a water truck accident on Friday. He was 34. 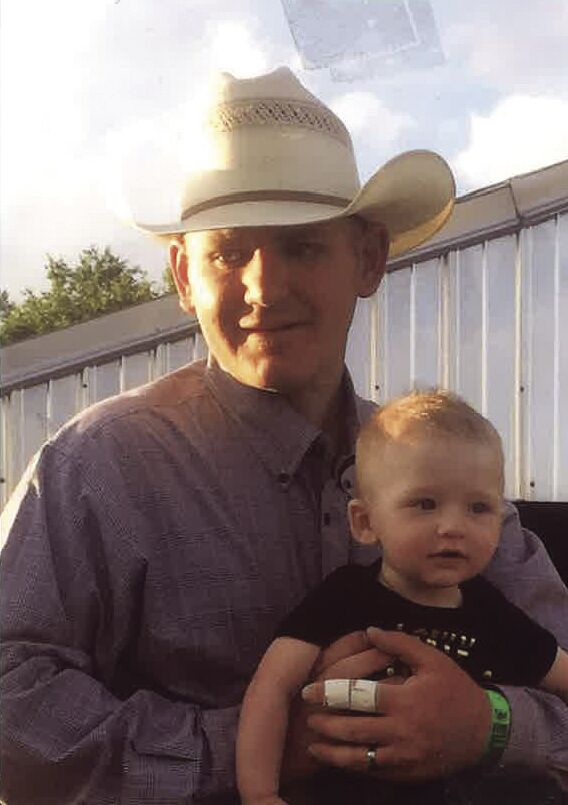 Justin Lane holds his young son Bronson Lane a few years ago. Justin Lane died in a water truck accident on Friday. He was 34.

Jessica and Justin Lane dance at their wedding. Justin Lane tragically died in a water truck accident on Friday. He was 34.

Justin Lane holds his young son Bronson Lane a few years ago. Justin Lane died in a water truck accident on Friday. He was 34.

Lane, 34, is survived by his wife Jessica, five-year-old son Bronson, parents George and Charlene Lane and many cherished friends.

“We’re all in shock,” George Lane said Monday in a telephone call. “One minute everything’s fine and the next minute the world’s changed.”

He spoke with Justin Lane about 15 minutes before the accident.

“He was leaving the ranch and I was just coming in,” George Lane said.

Justin Lane was on his way to make a water delivery when the accident occurred. He was driving on Avenue I on his way to Munz Ranch Road when the truck overturned around 120th Street West where the road has a sharp turn. He was ejected partially from the truck and died at the scene.

“The worst thing that can happen in your life,” George Lane said. “You hate to lose anybody. My parents, they passed away at 91, you expect that, but at 34, you expect him to be around another 50-plus years.”

“He just loved his son,” George Lane said. “They loved each other and did so many things together.”

Justin Lane and his father operate Lane Ranch Road & Co., which supplies livestock and equipment to the motion picture industry. He is also a member of the Screen Actors Guild. He was set begin a three-month production on the film “Miracle Workers 3” on Monday.

Justin Lane graduated from Paraclete High School in 2004. He competed in football, baseball, soccer and track, while also competing in rodeos at the same time. He also began competing in the Professional Rodeo Cowboys Association in 2008 in the Tie-down Roping and at one point, reached a career-high ranking of 14th in the world.

Justin Lane served as vice president of the family business, Monte Vista Building Sites, which began in 1953. He received his bachelor’s degree in Environmental Resource Management from California State University-Bakersfield.

He started his second term on the Antelope Valley East Kern Water Agency Board of Directors last month. He was first elected in 2016, to the seat his father held for many years.

AVEK Director Keith Dyas served with both Lanes on the Board.

“Losing Justin was very tragic for so many reasons,” Dyas said. “He was so young and such an important part of his family and community. He was irreplaceable. He was my friend and the son of my friends George and Charlene.”

He said it was obvious Justin Lane was taught well by his mother and father.

“He grew to be a great adult and fellow Board member, just like George,” Dyas said. “I will always remember Justin as strong, stable, thoughtful and polite. He was also a very independent thinker and zealously guarded the public trust, resources and interests.”

AVEK Director Frank Donato also served with George and Justin Lane. He has been on the Board for 34 years. He said Justin Lane was getting acclimated with the Board and becoming more of a voice.

“I still can’t get over this had happened,” Donato said. “The only thing I can think is maybe it was God’s calling for another wrangler up there in heaven.”