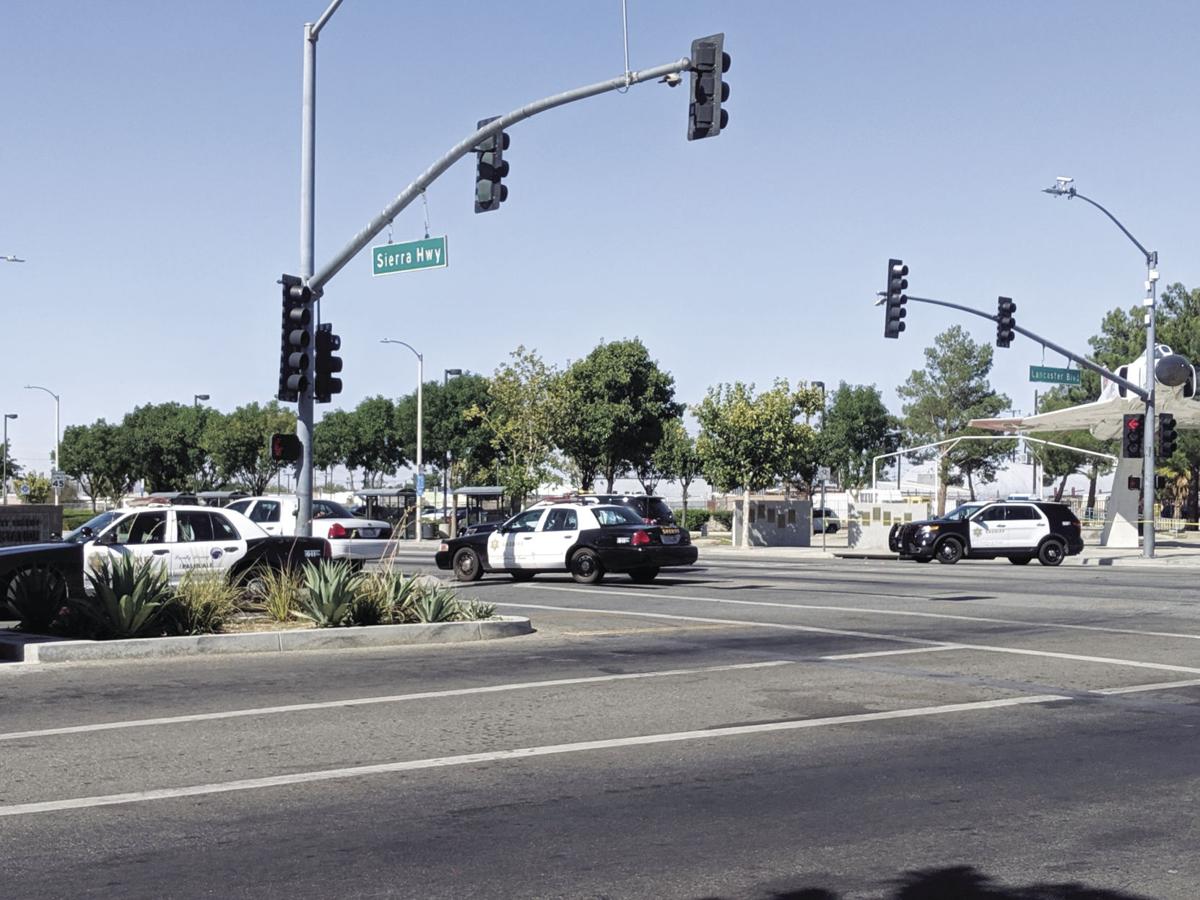 Los Angeles County Sheriff’s Deputies blocked the intersection of Lancaster Boulevard and Sierra Highway Tuesday afternoon, as they searched for the person who shot a Sheriff’s deputy in the area. 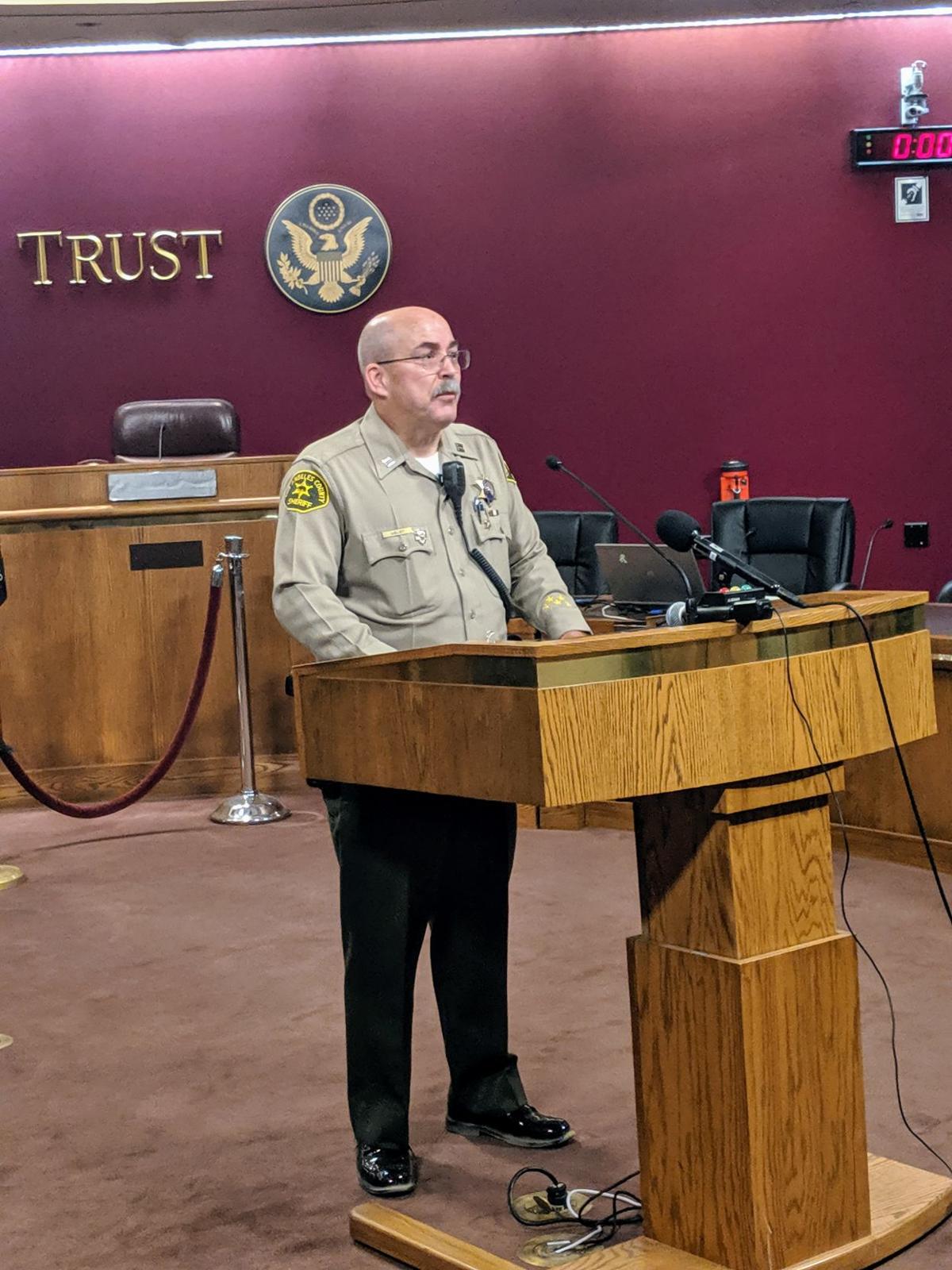 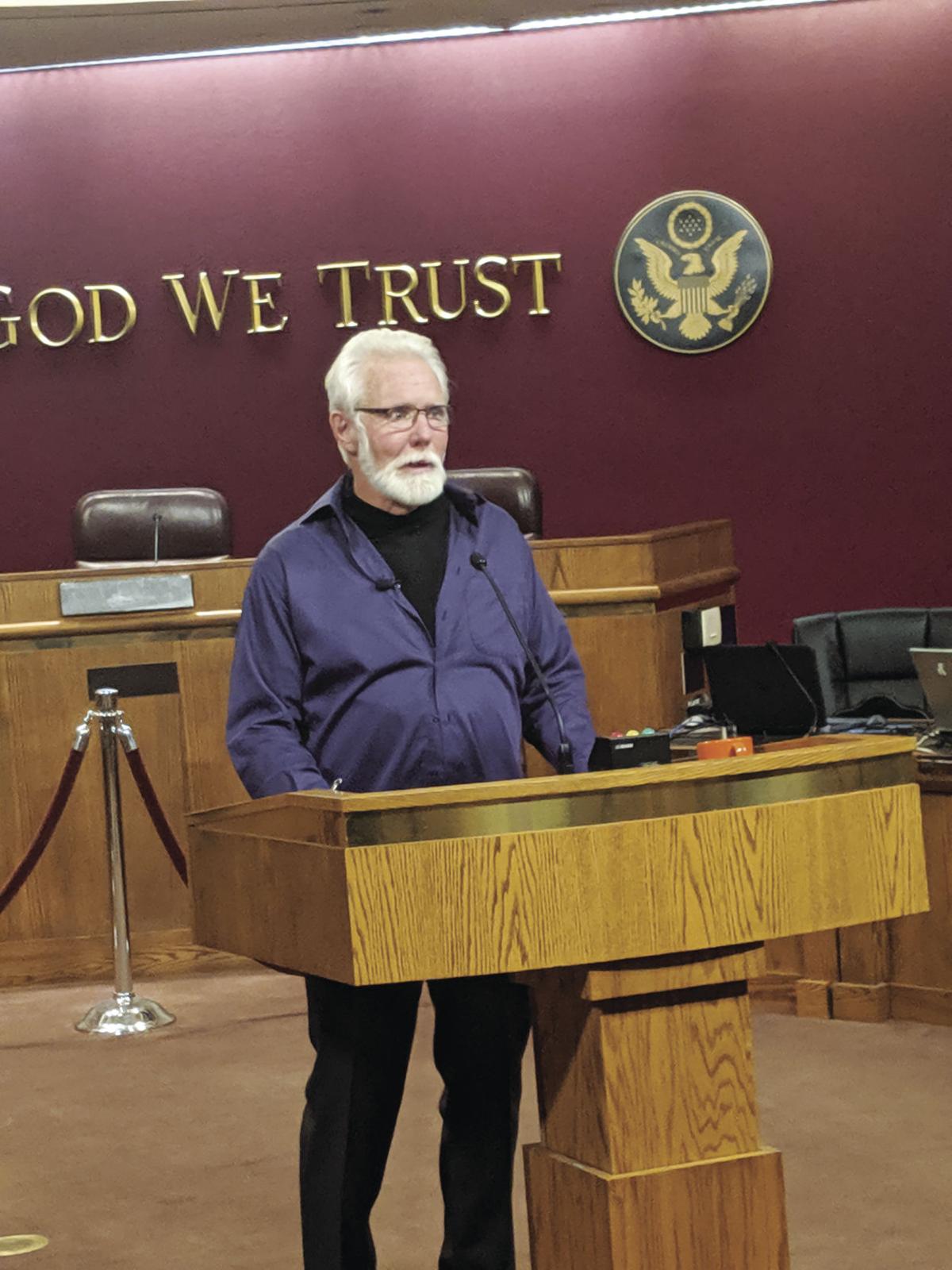 Los Angeles County Sheriff’s Deputies blocked the intersection of Lancaster Boulevard and Sierra Highway Tuesday afternoon, as they searched for the person who shot a Sheriff’s deputy in the area.

LANCASTER — A Lancaster Sheriff’s Station deputy was wounded Wednesday afternoon when a suspected sniper from a nearby building that provides housing to individuals with mental health issues, fired on him as he walked to his personal car in the station’s employee parking lot, authorities said.

“He’s doing great, thankfully,” Weber said, adding he could not provide further details about the deputy’s injury. “The wound was minor and he’s been treated. He’s doing well and in high spirits.”

Deputies set up a containment around the four-story apartment building just north of the station.

“We have multiple tactical teams at the location of the building working their way through,” Weber said.

The tactical teams decided which residents would be evacuated and which ones would shelter in place. Antelope Valley High School, a few blocks east of the station, was placed on lockdown after the shooting. The school’s students and staff were later evacuated. The gymnasium was used as an emergency shelter by the American Red Cross Antelope Valley Chapter.

Reinosa has been with the Sheriff’s Department for about one year. He joined the Lancaster station in May for patrol training, Weber said.

“As the mayor of Lancaster, I can’t begin to tell the people of Lancaster how sorry that I am that we now live in a city that had this occur in it,” Mayor R. Rex Parris said. “How is it possible one of our newest deputies was gunned as he was getting into his car?”

He called putting a four-story apartment building near the sheriff’s station indefensible and said something needs to be done about it.

The 100-unit building is designed for low to moderate-income individuals, with several units designated specifically for individuals with disabilities. The nearby Mental Health America of Los Angeles, Antelope Valley Enrichment Services provides supportive services to the residents who are ready for independent living, according to its website.

“We still have deputies in there doing tactical operations,” Weber said.

“I’m outraged that someone would target one of our brave deputies who work so hard to protect our communities,” Fifth District Supervisor Kathryn Barger said in a statement. “I stand in solidarity with the Sheriff’s Department, in hoping the suspect is found quickly and brought to justice and that our deputy has a full and speedy recovery. I have been in contact with the sheriff and the mayor to offer any assistance or resources needed.”

Nice article, but i already seen it there