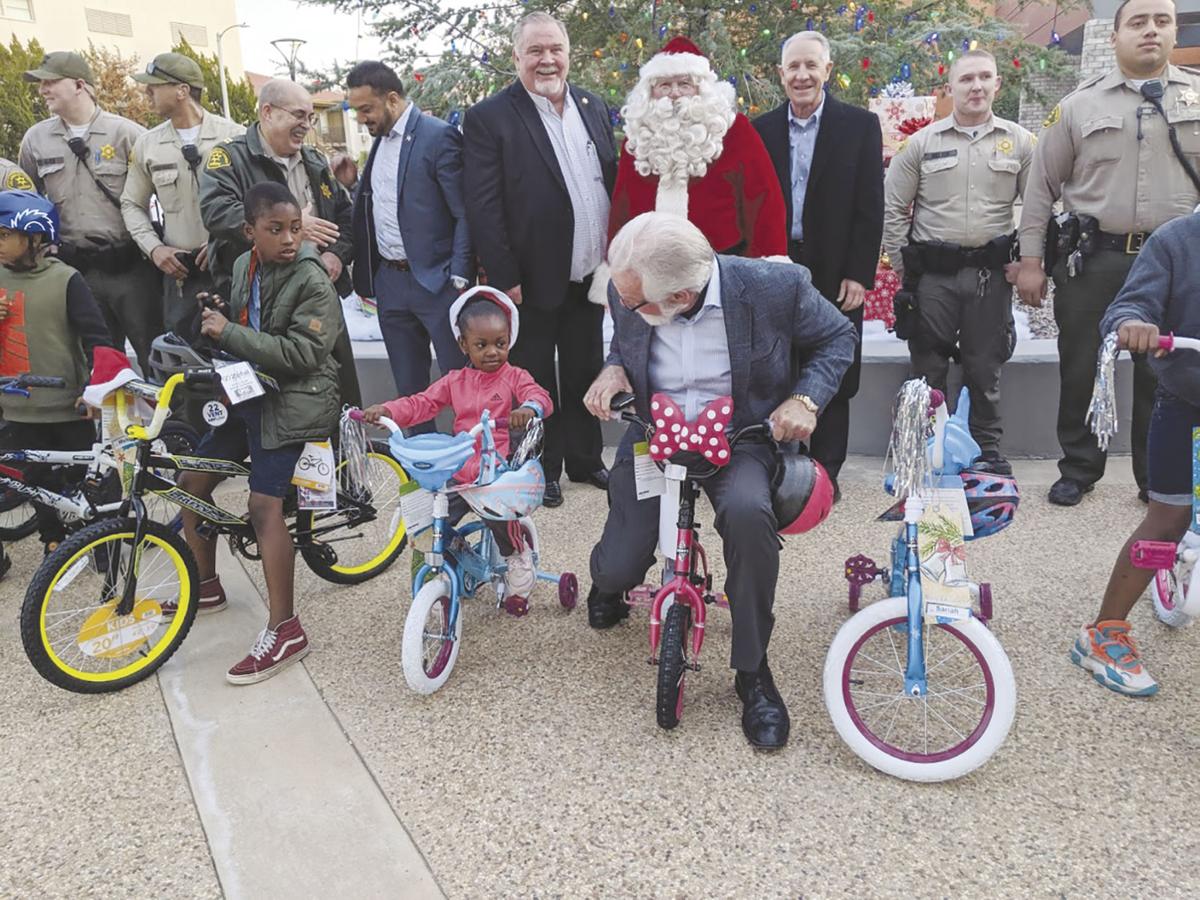 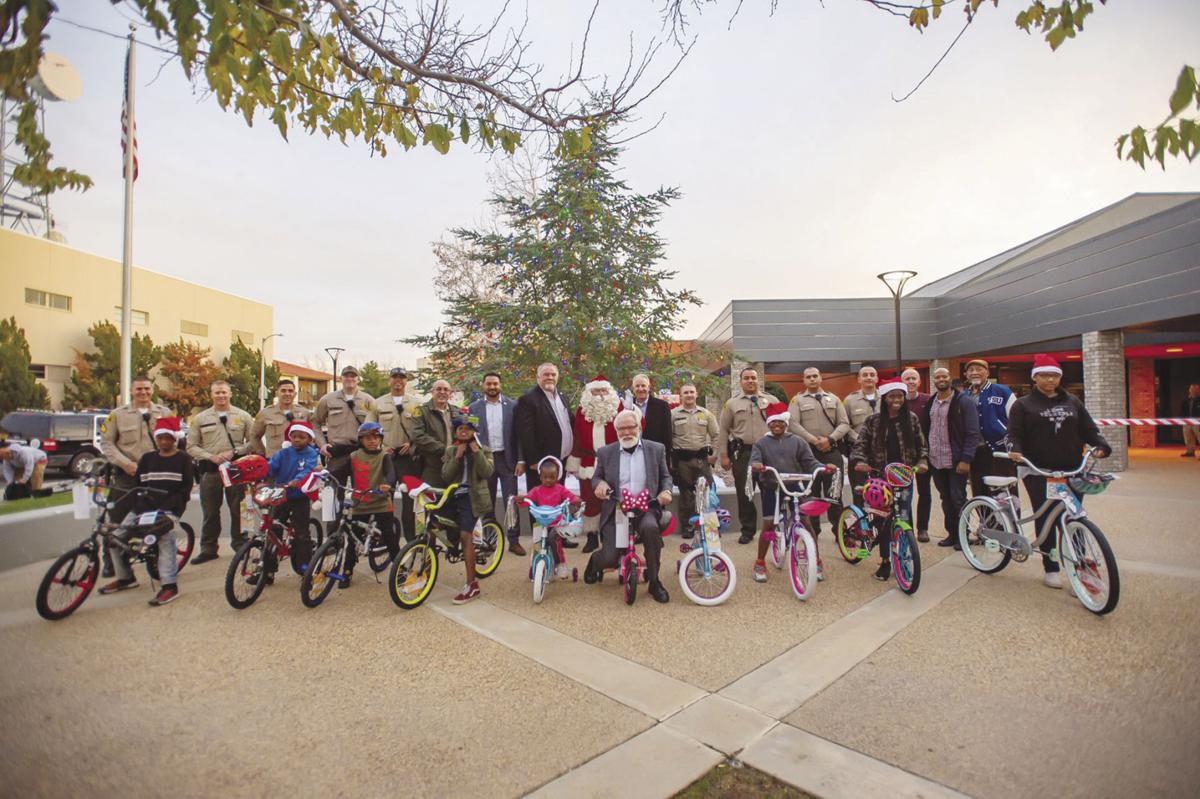 The 10 recipients of bicycles and helmets from Santa Claus, his elves and Lancaster Sheriff’s Station deputies show off their gifts during the City’s annual Christmas Tree Lighting ceremony.

The 10 recipients of bicycles and helmets from Santa Claus, his elves and Lancaster Sheriff’s Station deputies show off their gifts during the City’s annual Christmas Tree Lighting ceremony.

“This is the time of the season that I really enjoy this job. I enjoy this job because we get to do things for kids; December’s the month for kids,” Mayor R. Rex Parris said.

Santa Claus, his elves, and Lancaster Sheriff’s Station deputies presented 10 deserving children with a new bicycle and helmet during the ceremony. The gifts were part of a much larger bicycle giveaway taking place throughout the community, coordinated by the City of Lancaster, Antelope Valley Sheriff Boosters, Walmart, and Grace Chapel, with more than one 1,000 bicycles being donated to local children throughout the holiday season, City officials said.

Vice Mayor Marvin Crist has organized Tuesday’s annual event for 10 years. In that time, they have donated 5,000 bikes.

“This year we bought 447 bikes,” Crist said. “We have pretty much the same sponsors. … All of the Council participated in it.”

The bikes are given to different organizations and children’s charities, including Antelope Valley Transit Authority’s Stuff-a-Bus toy drive, the Los Angeles County Sheriff’s Department and the Ministerial Association.

“Through the Ministerial Association, they give them to the kids that really need it,” Crist said. “But you have to give the Mayor props because he’s the started this.”

Crist added about 12 years ago Parris gave them money to purchase bikes that deputies later put together.

Nine-year-old Makayla Stephen helped Parris flip the switch to light the City Hall Christmas tree. The tree was first dedicated to the City on Feb. 14, 1986, by the Bozigian and Folaron families, The tree served as a reminder of the community’s strength and unity for more than 30 years. It was replaced just last year to continue the tradition.