Brother Jay Hunt of The Growing Valley Baptist Church puts two boxes of fresh produce in the bed of a pickup truck Friday morning as part of a food distribution event in the church parking lot organized by Assemblyman Tom Lackey. 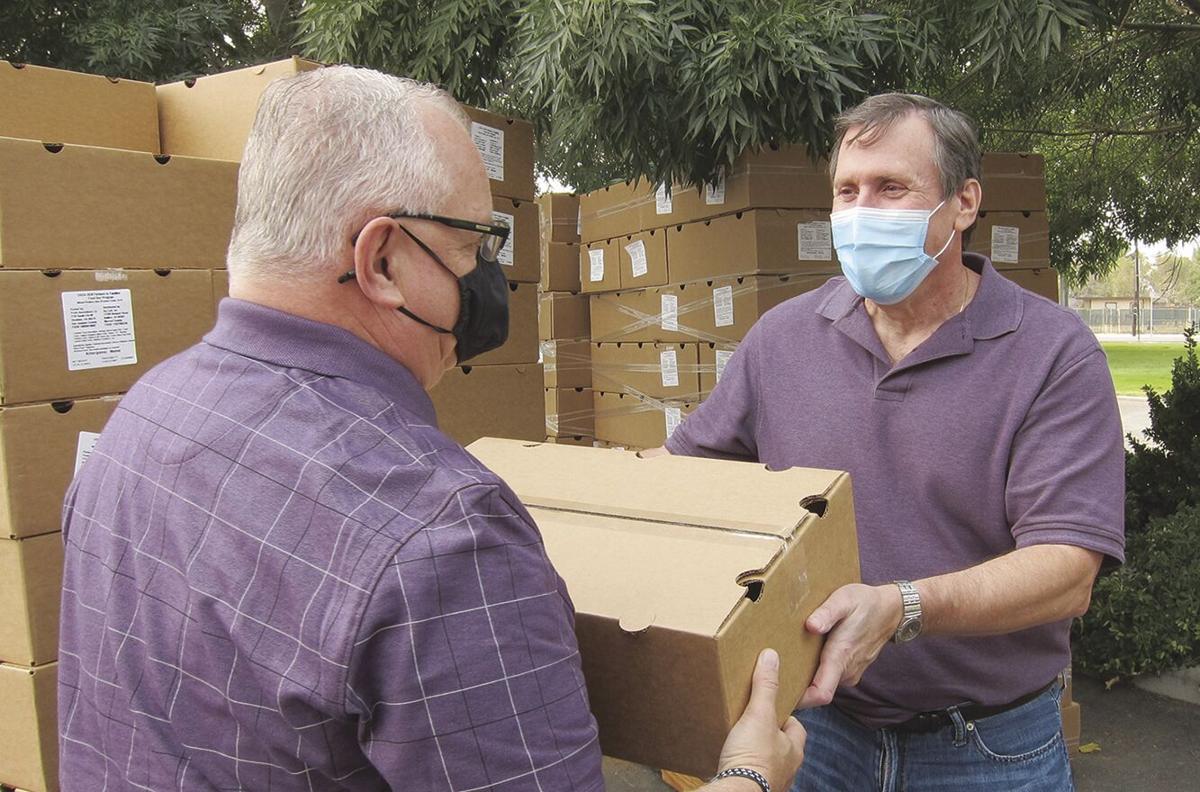 Brother Jay Hunt of The Growing Valley Baptist Church puts two boxes of fresh produce in the bed of a pickup truck Friday morning as part of a food distribution event in the church parking lot organized by Assemblyman Tom Lackey.

Lackey teamed up with the US Department of Agriculture’s Farmers to Families Food Box program for the event.  Growing Valley Baptist Church, on 20th Street West and Lancaster Boulevard, offered its parking lot.

“We’ve been here 72 years, so we’re not new to service,” Growing Valley Pastor Jacob D.R. Johnson said. “It really fit in with our thematic emphasis for the year, which is servant leaders ministering together in community. That’s our thematic thrust. We’re glad to help.”

“It just makes you feel good when you can help in any way,” coordinator Sylvia Dunmeyer said.

A big rig delivered 24 pallets of food. Each pallet was stacked with 77 boxes of fresh produce. The produce included apple slices, onions, potatoes and lettuce.

”This is kind of a heartwarming circumstance that COVID is wielding something positive, because of all these farmers doing so much good work, yet the vendors that they normally contract with aren’t able to take the volume,” Lackey said. “So we’re making sure that people in need are being considered in this whole challenge of food distribution.”

Lackey added the sad thing is that it was easy to meet demand.

“There’s a lot of people that really could use this extra support,” Lackey said.

Wilk, who spent 14 days quarantined in his Sacramento apartment after a fellow legislator tested positive for COVID-19, also volunteered for the event.

Wilk added he tested negative twice for the virus and never exhibited any symptoms.