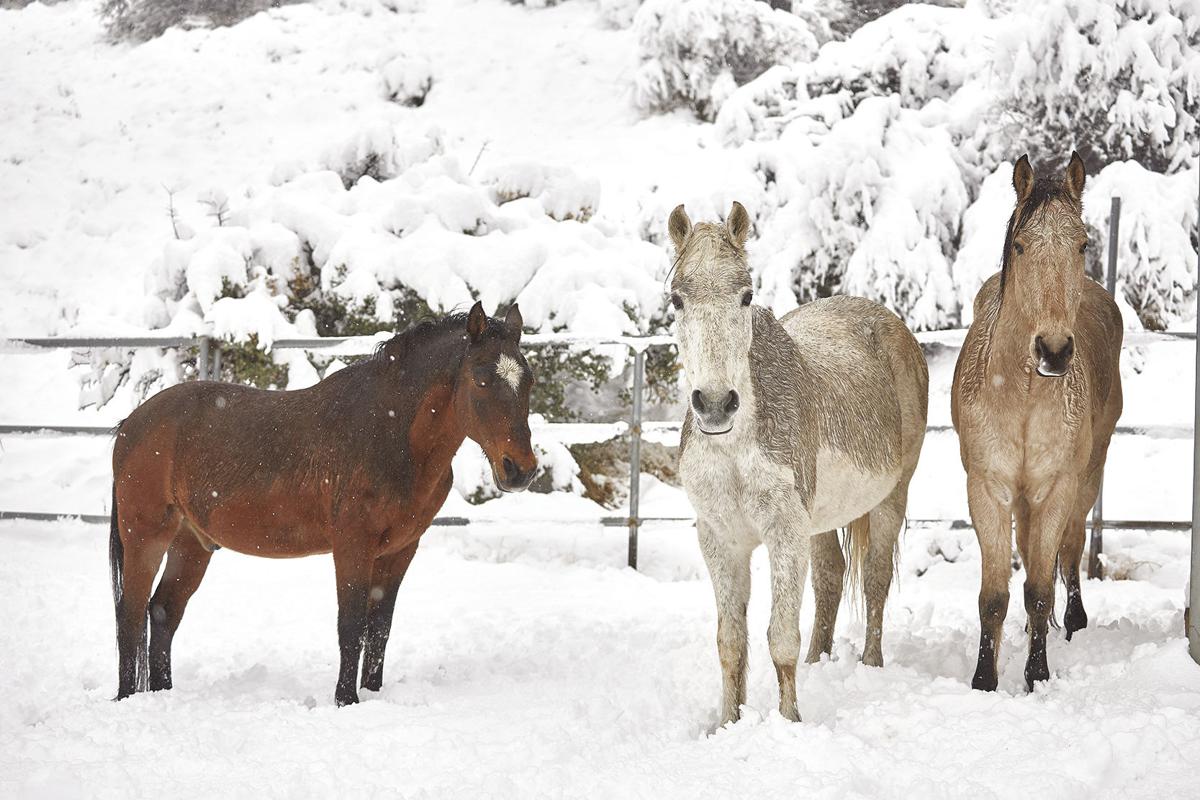 Horses Romero (left), Silverado and Tango seem unfazed Thursday by the blanket of snow that surrounds them in Leona Valley, where as much as eight inches of snow had fallen. Much of the Antelope Valley was blanketed by the rare November snowstorm. 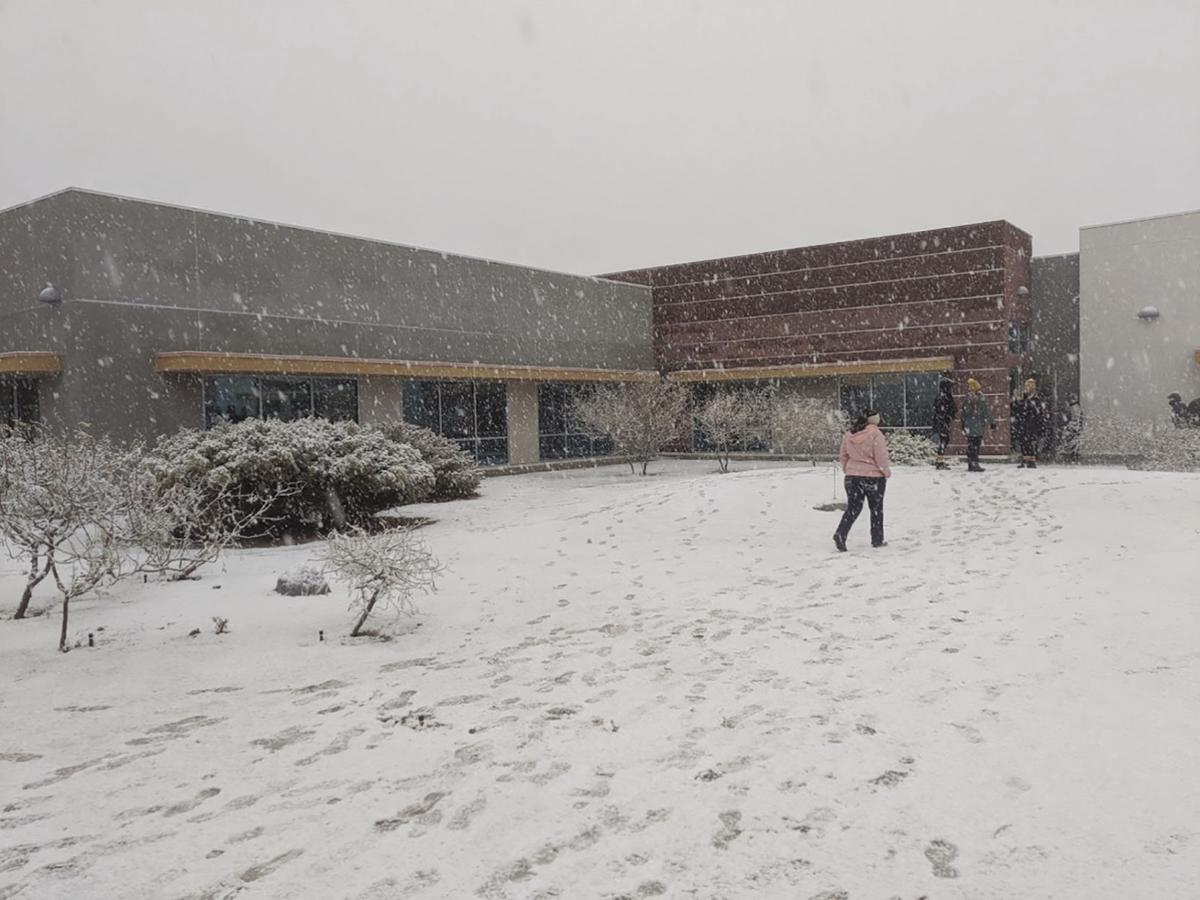 Horses Romero (left), Silverado and Tango seem unfazed Thursday by the blanket of snow that surrounds them in Leona Valley, where as much as eight inches of snow had fallen. Much of the Antelope Valley was blanketed by the rare November snowstorm.

Lancaster got four to five inches of snow and Palmdale got three, according to the National Weather Service. But in the surrounding communities, Pearblossom got seven inches and Leona Valley got six.

Snow continued to fall Thursday afternoon, so the snow totals were expected to increase.

A winter storm warning was in effect until 4 a.m. today. More snow was expected with snow showers for the foothills Thursday night.

“It’s going to (be) very cold tonight,” weather service meteorologist Joe Sirard said. “People need to be aware that it could have icy roads with freezing temperatures tonight, so that’s all mixed in with that winter storm warning.”

The precipitation was expected to ease this afternoon into the evening.

Traffic-wise, heavy snow forced the closure of the Pine Canyon and Lake Hughes roads because of the Grapevine closure.

According to the California Highway Patrol Traffic Incident page, the closure was necessary because when the Grapevine is shut down vehicles get diverted to Lake Hughes and Pine Canyon roads, where the vehicles could get stuck in the snow. That route typically takes vehicles to State Route 138, which was also closed.

With the closure, vehicles were diverted at Elizabeth Lake/Lake Hughes, and taken back toward the Antelope Valley Freeway, according to the CHP.

There were also reports of multiple vehicles stuck on San Francisquito and Spunky canyon roads because of the snow, forcing the closure of those roads as well.