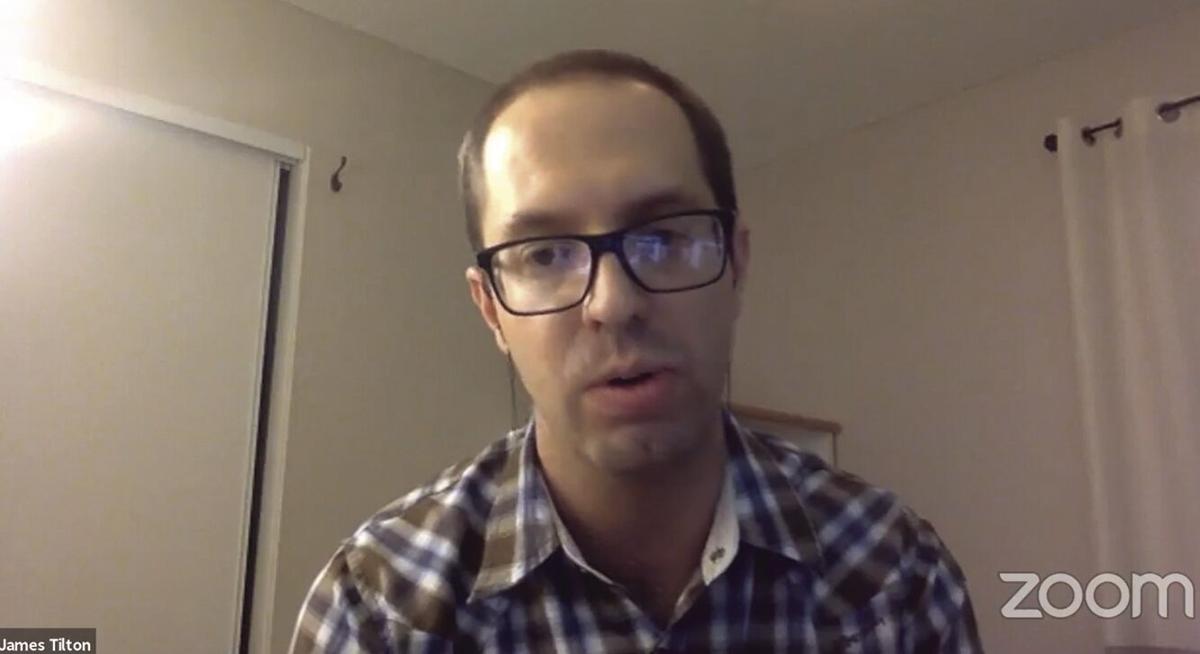 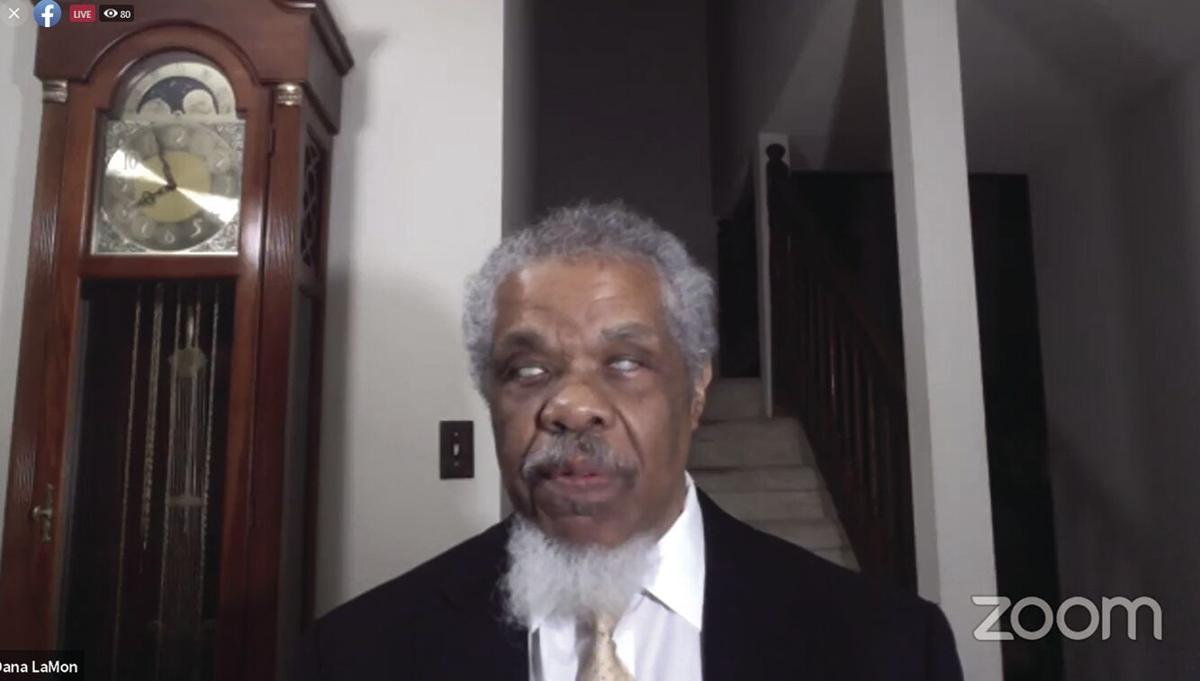 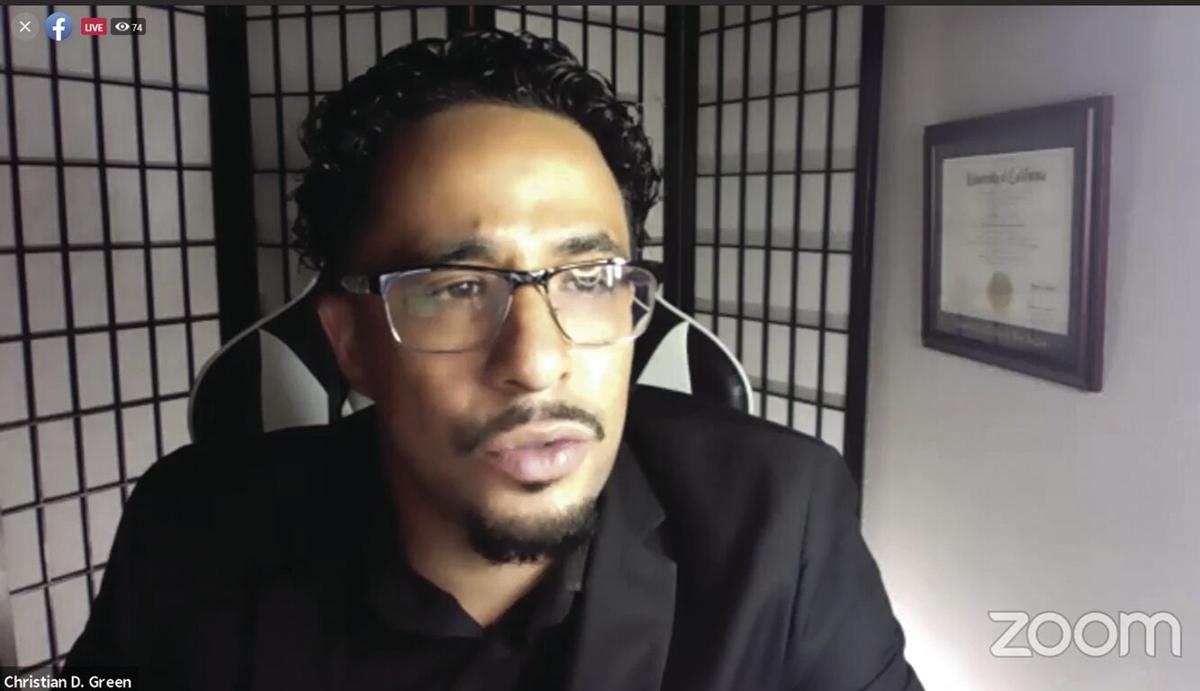 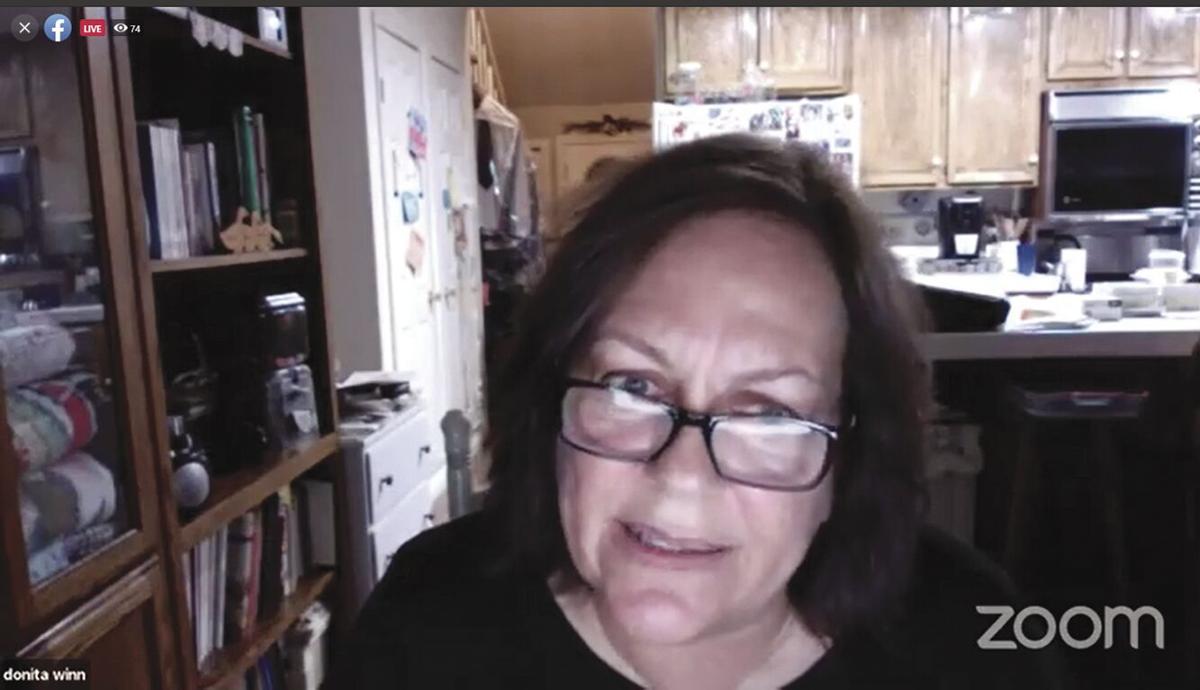 The seat has been vacant since former Board member Robert “Bob” Davis resigned last year.

Candidate Robert Teller did not participate.

Tilton is an undecided voter who lives in Trustee Area No. 3. He advertised the debate and solicited questions from the community prior to the debate. Tilton broadcast the debate live on his Facebook page. The video will also be posted to YouTube for those who wished to view but were unable to do so live.

After a brief introduction, the candidates explained why they are running for the Board and what they hope to accomplish during their time on the Board.

“Because I’ve been working with high school students since the ’90s, I have had an interest in high school learning,” LaMon said. “I know the students have the potential to accomplish great things, and they simply need the right encouragement, the right role model. I would like to serve on the Board because that gives me an opportunity to be involved in the policy making, to be a role model for all of the students, all 22,000, approximately, students instead of just the classroom of students that I work at the specific school.”

LaMon added his service on the Board would allow him to have a greater impact sharing what he has done at the campuses where he volunteers.

Green, who ran for a seat on the Lancaster City Council in April, is running for the school Board because education saved his life, he said.

“I am a testament of how education can shape and determine one’s success or failure,” Green said, adding he was born in a jail cell to an incarcerated mother who he never met.

Green graduated from Antelope Valley High School, attended five community colleges and graduated from the University of California, Los Angeles, for his bachelor’s and master’s degrees.

“I’m running to ensure that all of our students in the Antelope Valley High School District, that they receive quality education that they deserve,” Green said.

Green added he wants to be a peacemaker on the Board.

“There’s a lot of back and forth arguing and unwilling to compromise amongst the Board members where the interests of our students is really taking a back seat,” Green said. “There are political agendas; there are personal attacks, and honestly this has to stop. The future of our students’ success is my No. 1 priority.”

Winn, a longtime educational volunteer, was encouraged to get involved after seeing her oldest daughter’s kindergarten teacher work miracles in the classroom as well as the challenges teachers face. She served as PTA president and joined various district committees. Winn volunteered at the middle school level and also at the high school level, where she “continued to see the wonderful things that are being done for kids.”

“I wanted to not only be a part of that but I wanted to make sure that all the students got those benefits and the opportunities to achieve,” Winn said. “And that’s why I’m running now because I’m not finished. I still have a lot of things that I want to do.”

The candidates were also asked whether they supported last year’s recall effort against the former Board majority of Davis, Victoria Ruffin and Amanda Parrell. LaMon and Winn supported the recall; Green was noncommittal.

“I don’t believe in recall as a willy-nilly operation if you disagree with decisions,” LaMon said. “But I do think that recall is appropriate when a personal elected to a position of trust violates that trust, and the position that they were elected to was to act in the best interest of the students. And I saw multiple decisions that were not in the best interests of the students, so I signed the petition.”

“I did not get involved in the recent recall efforts because I was neither for or against it,” Green said. “I am fully, fully aware of the voter’s right to recall when they find the need to do them. But I find them unnecessary. I find them divisive and I find them costly, and that is why we have elections, right.”

He added that the recall made the divide on the Board larger.

Winn has attended a majority of AV Union High School District Board meetings in the nearly five years since she served as a trustee.

The candidates were asked whether they would vote to renew a contract with Café con Leche, a bilingual radio talk show used to keep the community informed of news and current events. Ruffin and Parrell voted against renewing the program’s contract in July.

Green said he is a fan of the show but was noncommittal.

“But as a person on the Board, it is my job, it is my duty, to look at each contract and each item that comes upon us,” Green said. “I cannot say that I will, and I cannot say that I cannot, that I will not. I would have to look at that time if and when elected to make sure that, you know, things are done precisely and in the best interests of our students and not of specific Board members.”

“I have gotten to know her and know that she cares about the community and she cares about communication, especially with the Hispanic families in this Antelope Valley,” Winn said.

Winn added district representatives were often on the program to help give a voice for the high school district to people who wanted to know more about the district.

“I felt it was a good program and I feel it should be supported,” Winn said. “Any communication with our families where we aren’t regularly able to communicate with them, Café con Leche did that for a lot of people, and so I felt it was an effective voice.”

LaMon said he would vote to renew the contract.

“I have been a guest on the show,” LaMon said. “I have listened to the show. I see what Café con Leche does in communicating with our bilingual community. I believe it is an essential communication tool.”

The candidates were also asked whether they would vote to replace Superintendent David Vierra, who has been a frequent target of Ruffin’s.

Winn said she would vote to retain him.

LaMon would also retain Vierra based on what he knows now.

“I have had a chance to work with Dr. Vierra in the years that he’s been the superintendent as I’ve worked with students and I’ve needed to get permission to participate districtwide or distribute information districtwide,” LaMon said. “I think he has a genuine interest in the well-being of students.”

“I have no information or documentation or first-hand knowledge of his job performance and effectiveness, so I have no way of how he’s doing,” Green said. “If and when I get elected, I will not blindly follow anyone’s guidance to hire or fire anyone. Therefore, it would be premature upon me to really make a decision upon Vierra’s performance. He’s been doing a great job, really cool guy, and I feel like he’s being fairly compensated.”

The candidates were also asked what they believe their single most important function would be as a school Board member.

LaMon said it would be to help the district move clearly into the 21st century.

“That means using 21st century technology and preparing for 21st century learning or needs in the college and career market,” LaMon said.

LaMon added that after nearly 30 years as a volunteer, the way students are taught now is close to how he was taught in high school in the late 1960s.

“I don’t think it should be that way,” LaMon said. “I am happy for the fact that the pandemic has forced us to get out of the box and do some creative things in ensuring that our students learn. I don’t want to get back into the box. I want to figure out how to improve things, the problems, that we have discovered in this experiment but don’t go back to what we used to do. That isn’t progress; that isn’t growth.”

Green said his most important function as a Board member is accountability.

“We have to be accountable for the decisions that we make,” Green said.

Green added they also need to be held accountable to auditing the district budget.

Here's the link to the YouTube video for those who would like to watch the debate in its entirety: https://youtu.be/XOxU8mT-eBw?t=53

(And Jimzan, that's just how I look all the time.)

James Tilton looks like a Zombie....You guys couldn't take a 2nd picture of him....? Digital pictures cost nothing....look for him in a walking dead movie, I will