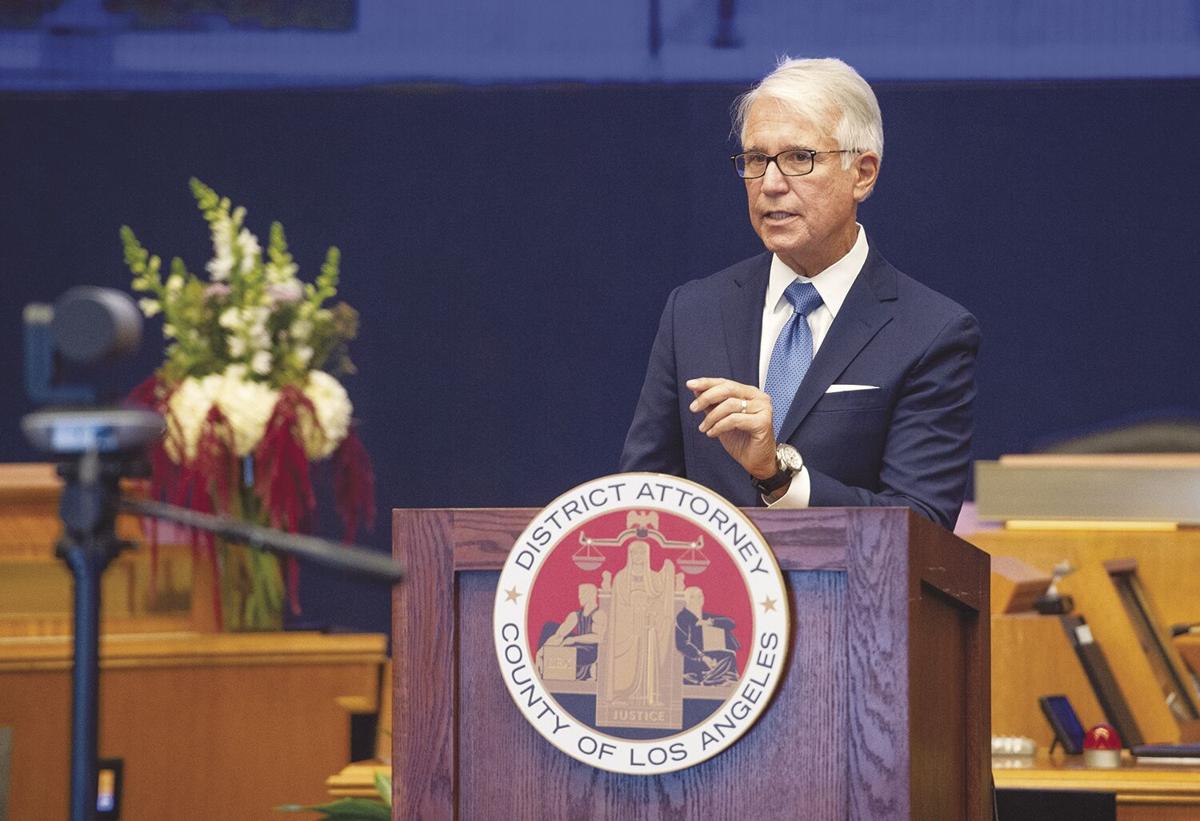 Los Angeles County District Attorney George Gascón speaks in March after he was sworn in as district attorney. Longtime prosecutor Jon Hatami has filed a defamation lawsuit against the embattled district attorney, who is his boss, along with the county. The suit was filed, Wednesday, in Los Angeles Superior Court. 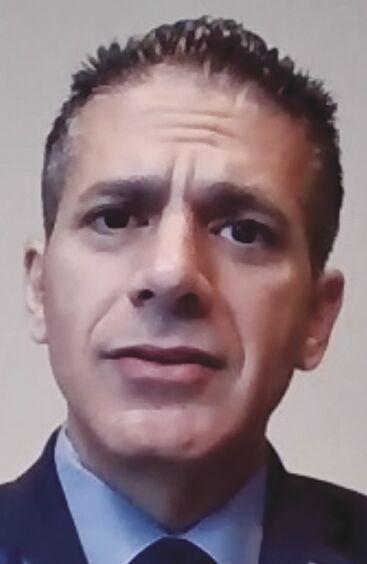 Los Angeles County District Attorney George Gascón speaks in March after he was sworn in as district attorney. Longtime prosecutor Jon Hatami has filed a defamation lawsuit against the embattled district attorney, who is his boss, along with the county. The suit was filed, Wednesday, in Los Angeles Superior Court.

A spokesman for the district attorney’s office declined to comment via email Wednesday on the complaint, which was filed in Los Angeles Superior Court by Hatami, who is represented by attorneys Brian Claypool and Nathalie Vallejos.

The complaint also names Maxwell Szabo, who served as a spokesman for Gascón’s transition team.

“I haven’t been served with a lawsuit, and that’s because the statements made were lawful, protected speech,” Szabo wrote in an email response. “Meaning any lawsuit would result in his paying my legal fees. This is a rather sad and desperate attempt to get himself in front of the cameras, but for Mr. Hatami the show must go on.”

Hatami worked in the Antelope Valley for more than 10 years and has prosecuted high-profile child death cases such as the trial of Pearl Fernandez and Isauro Aguirre. Fernandez and Aguirre were sentenced to life in prison without parole and to death, respectively, for the torture and murder of Fernandez’s eight-year-old son Gabriel in May 2013.

“These comments directed to damage (Hatami’s) reputation and attack his fitness to carry out his duties. The statements were knowingly false and defamatory,” the complaint said.

According to the complaint: “Gascón has deliberately denied assigning (Hatami) to complex child abuse and murder cases within his jurisdiction as punishment for not going along with his directives. This in turn impacts (Hatami’s) work and ability to prove himself for desired promotions.”

In addition, the complaint alleges that Hatami “has been subjected to racially charged acts of harm by County, Gascón, and Szabo.”

“Plaintiff has been called an “internal terrorist” and has faced a hostile work environment that denied him at least two case assignments he deserved and an earned promotion over his being of Iranian descent and having a Muslim father,” the complaint said.

The complaint also alleges Hatami was denied a recent promotion based in part on his racial makeup. The promotion instead went to less-qualified deputy district attorneys.

Hatami has been an outspoken critic of Gascón’s new directives.

Gascón was elected last November. Upon taking office in December, he immediately set in motion sweeping criminal justice reforms, including a halt to seeking harsher sentences through special enhancements, the elimination of the death penalty, and the elimination of cash bail for any misdemeanor.

“The ban meant that convicted murderers in Plaintiff’s complex child abuse cases could no longer be sentenced to death,” the complaint said. “Specifically, in the case of 10-year-old Anthony Avalos, who was brutally tortured for days before being killed by his mother and her boyfriend, the death penalty is no longer an option.”

In regard to Szabo, last Dec. 11, Szabo tweeted, “The biggest threat to public safety is the cabal of rogue DAs and their friends in police unions,” according to the complaint, which alleges the comment was directed at Hatami.

The complaint cited another Szabo quote, this time on Fox 11 News from Dec. 17: “It seems Mr. Hatami has made a profound discovery rather late in his career. Like any other workplace, if you don’t do what your boss tells you to do, you may be disciplined,” according to the complaint.

Szabo went on to say, “Hatami’s delusional theories raise questions as to one’s fitness to practice law,” the complaint said.

On April 27, the complaint states Szabo called Hatami a liar during a Whittier City Council meeting,

“Again there was no retraction from LACDA’s office, or any comment issued that the statement made by Szabo were not the opinions of LACDA,” the suit stated.

“Szabo’s comments about (Hatami) were made immediately following (Hatami’s) refusal to follow Special Directive 20-08 in his cases. On or about (Dec. 15, 2020) (Hatami) disclosed to Gascón that he refused to follow his unlawful policies and that he would continue to file strikes against repeat offenders,” the complaint said.

According to the complaint, Hatami filed an internal grievance against Szabo. The complaint detailed the hostile working conditions and environment that was created at the District Attorney’s Office once DA Gascón was sworn in.

First of all...George Gascón is worthless human trash (IMHO) He is Soro's little obedient servant. Sounds like Szabo is an idiot as well (IMHO). When you use words like “internal terrorist” (as Gascon and Szabo do) against someone that disagrees with you.... you are nothing more than Woke Trash. Lets get rid of these Clueless Dirtbags.