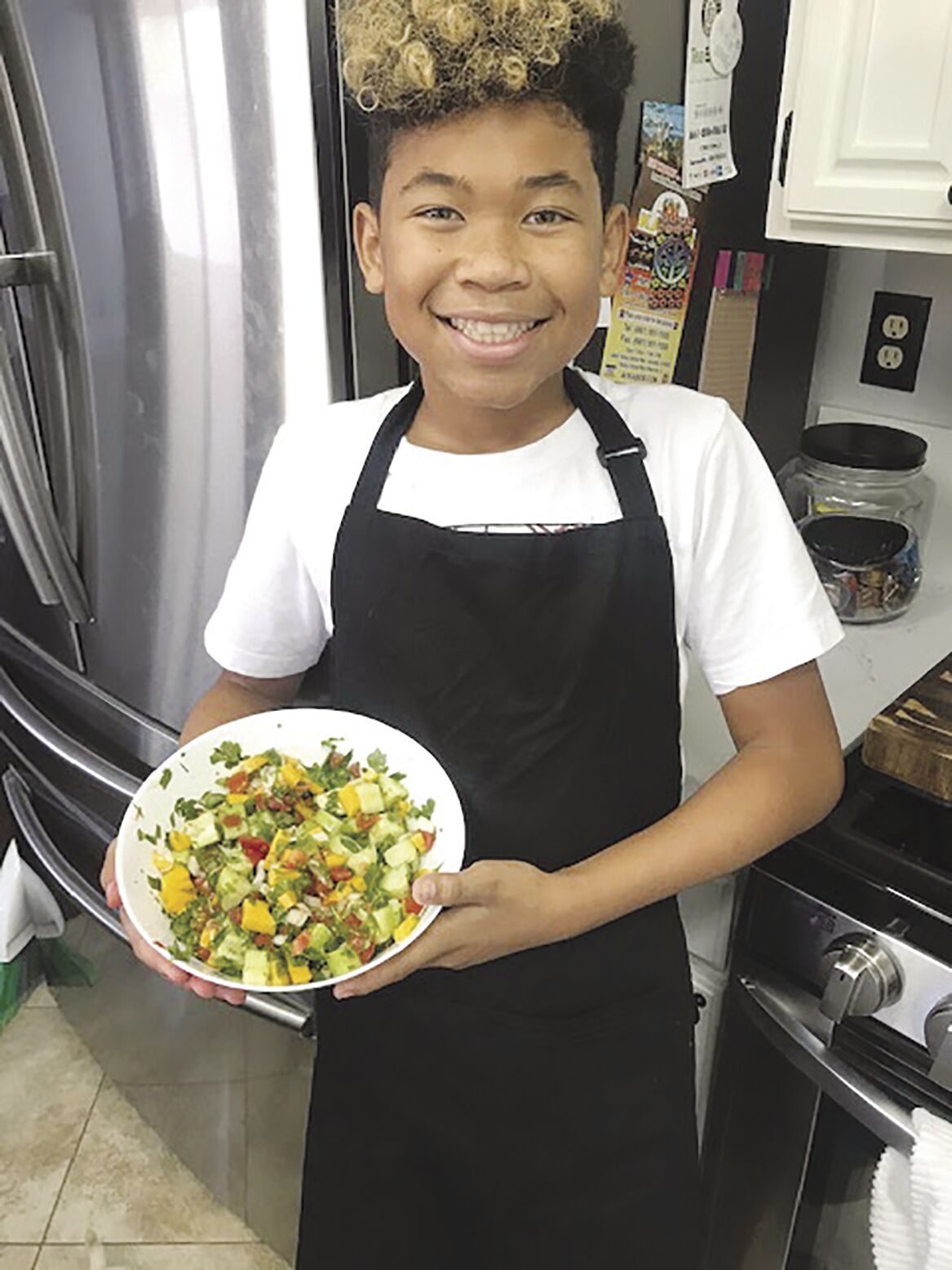 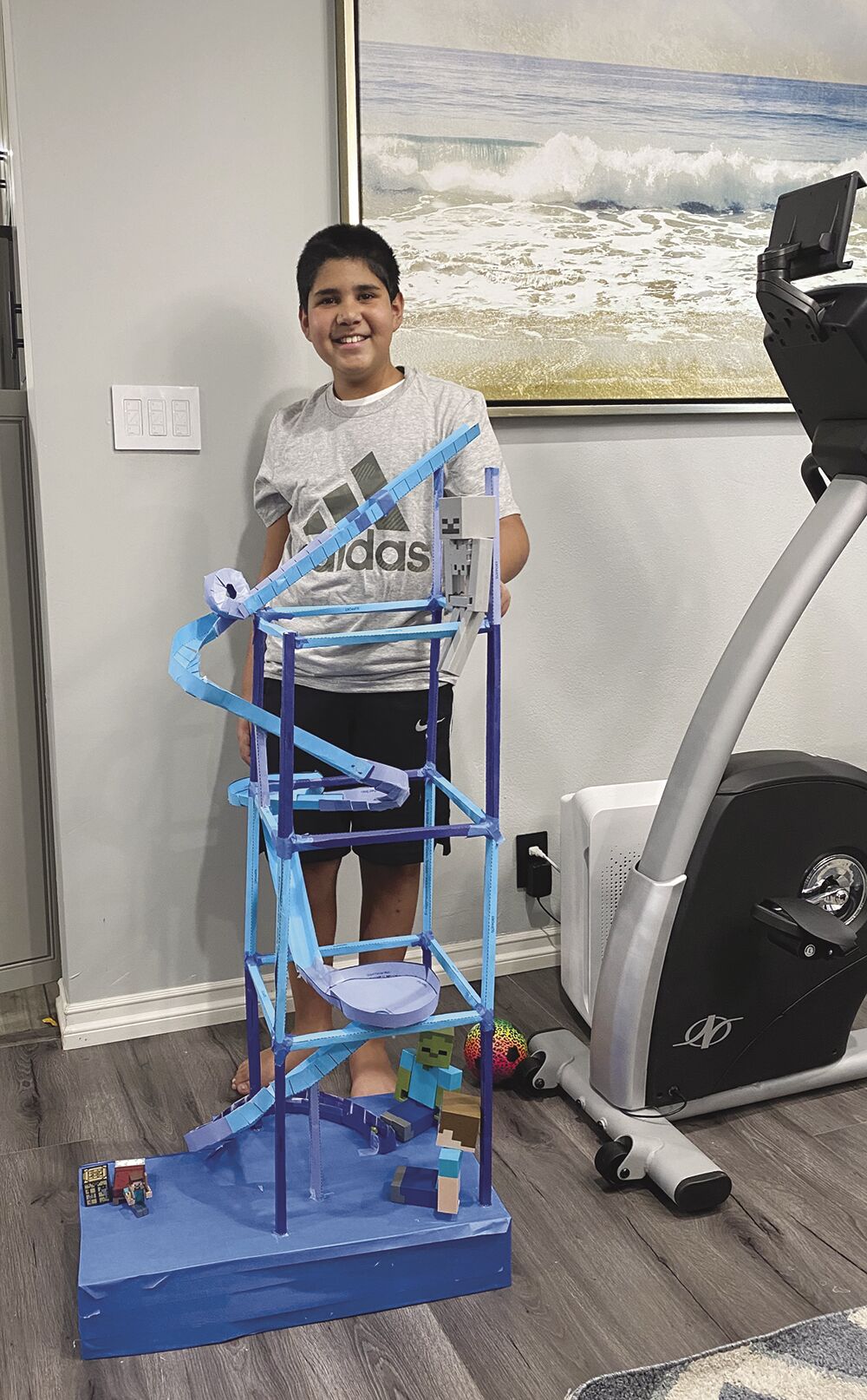 LANCASTER — Lancaster School District’s traditional summer school program features a variety of hands-on activities for students created by teachers who developed exciting programs that do not necessarily fit in the everyday classroom.

The District wrapped up four weeks of summer school on Friday. Students still did hands-on activities but they completed them at home via a nontraditional distance learning summer school program.

Teachers used their creativity to come up with the curriculum for the summer courses. They used the online platforms that will be used this fall such as Webex to guide students.

“They got to play with these things and figure out what’s the best way to use them to engage students before we have to do them Aug. 11, which was a nice way for them to practice with this,” said Rebecca Cooksey, assistant superintendent of Innovation and Technology Services.

Summer school gave teachers and students a head start on how to use the programs.

“The teachers that are in this program and our admin will be able to go back to their sites and be leaders during the school year because they know what works and how to get kids engaged,” Cooksey said.

The course offerings included Fairy Tales Around the World for incoming third graders and Making Marvelous Music with Math for incoming fourth graders. Incoming fifth graders could choose courses such as Case Files of the G.E.O. Detective Agency or Poetry and Basketball. Course options for incoming sixth and seventh graders included tantalizing titles such as Geo Build: Imagine It, Design It, Build It and The Imaginative Design Challenge. Then there were courses such as AV’s Top Chef and Not Your Everyday Amusement Park for incoming seventh- and eighth-graders.

More than 750 students applied for summer school. About 660 students were on rosters during the third week of the program. Teachers produced short videos to market their courses to students.

The District sent out packets with supplies. The first week students were tasked to set a table and create a dining experience. The second week they received supplies to plant an herb garden. The last two weeks they received fresh food and other materials to make salsas. The program closed out with a “Top Chef” home challenge where students used two ingredients they were given to come up with their own creation. The class also created a digital cookbook.

“The most exciting part about AV’s Top Chef is that we can make our own dish,” Bridewell said, adding they took a picture of their creations.

The activities were fun, Bridewell said.

“My herbs are growing. They’re really hydrated,” Bridewell said. “I enjoy making stuff and learning more about food. It’s not just the learning experience but it is a way to get along with people.”

Teacher Alex Cortez, who normally teaches sixth grade, wanted to work with some of the older students, so he developed Not Your Everyday Amusement Park for incoming seventh and eighth grade students.

“What I wanted them to do was come up with their own idea and then develop it, so really my class is kind of an exercise in the design process,” Cortez said.

Students developed a theme for their amusement and created a tourist guide, similar to the maps guests receive at Disneyland to guide them to the different attractions.

Cortez, inspired by the ABC show “Shark Tank,” had his students present an investment proposal to convince Cortez and the other students that their project is a good idea worth investing in.

The final project was a rollercoaster.

“It was a new experience. It was very cool how I still go to talk with my class; I liked that . You could still go to school while online,” Izyan said.

“I’m very happy with the program. We both enjoyed it. We worked as a team,” Izyan’s mother, Aleeza Nadeem said. “It was fun being able to do something with him.”

The first week of class students worked with plants. For their hands-on activity they dissected a seed. They also grew a lima bean in a bag.

“They have a different experiment to ado based on the theme for the week,” Flanagan said.  “They love it. They’re having a great time.”

The students worked with magnets the second week of school. They built a magnet car and made It move. For the fourth week students built structures with household items such as a  spaghetti marshmallow tower.

The teachers held office hours on Tuesdays and Thursdays. One of Flanagan’s parents shared that her son looked forward to class each day.

Jordan Goines, director of Special Programs for Lancaster School District, is also a parent of a student in summer school.

“He’s always been relatively academic,” Goines said. “He likes school; he likes to learn. But he’s really getting into the process of trying to figure things out.”

Teacher Keysha White, who was also an acting administrator, said the summer school program helped her prepare for fall.

‘The way that we’ve approached this is to have the teachers learn all that they can so that when they go back to their school site they can kind of be ambassadors for co-workers,” White said.

Acting Administrator Jorge Lopez said they have had to urge parents not to let their children drop out of the summer school program.

“Your kid will be the champion at Webex. They will be the ones teaching their classmates how to do this,” Lopez said.

Acting administrator Julie Fawcette at the Linda Verde Center said they have summer programs as well as the extended school year for special education.

“All of the teachers are doing an amazing job,” said Fawcette, who teaches special education during the school year. “There has been a lot of challenges especially with special ed and the new technology that we’ve implemented. But the families have been so awesome.”

Cooksey said they are proud of the summer school program because they are allowed to be innovative.

“We’ve got people that want to come out and try new things and continue the education for our kids during the summer, which we think is super important,” Cooksey said.

“None of this is possible without Jane,” Lopez said. “Jane has been a blessing to our district. I’ve done summer school for four years and every year she does the impossible,” Lopez said.

“None of this work is possible without vision,” D’Anna said. “I have to say that I’m grateful to have a boss in Rebecca Cooksey. Because when you have somebody who backs you and sees the vision, and never says no, Rebecca is my dreaming partner.”

D’Anna credited Melissa Chavez, secretary of the Alternative Learning Department, for her help.

“We are a people business,” D’Anna said. “Everything we do is centered around people. We have the right people doing the work and everyone is committed.”