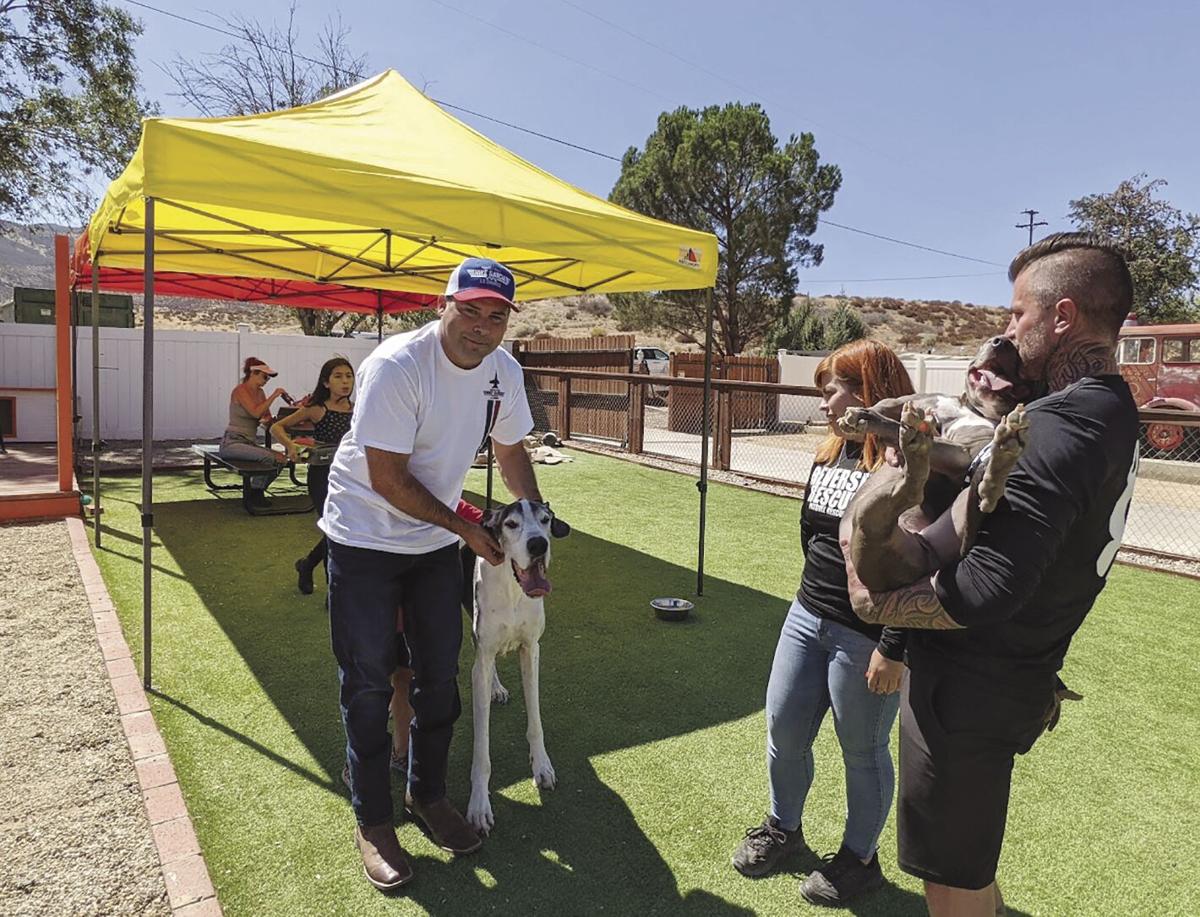 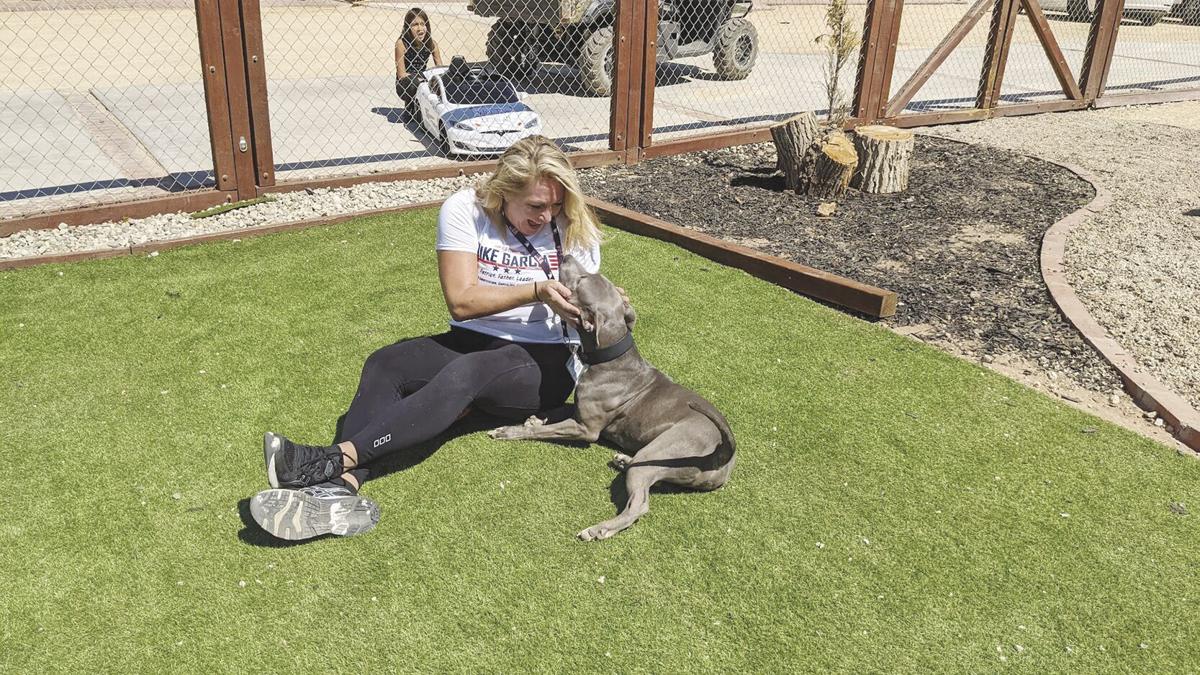 Denise Lite, Saturday of Service coordinator for Congressman Mike Garcia, plays with Bonsai at Reserved Rescue in Leona Valley on Saturday during a volunteer day at the nonprofit organization.

Denise Lite, Saturday of Service coordinator for Congressman Mike Garcia, plays with Bonsai at Reserved Rescue in Leona Valley on Saturday during a volunteer day at the nonprofit organization.

Volunteers painted the rescue house and cleaned kennels and dog parks, carrying out the necessary tasks to keep the dogs healthy and the rescue running.

“We’re helping with whatever they need; they’re asking us to help clean up these kennels today,” said Garcia, who pushed for the marijuana raids after a helicopter tour of the illegal grows and meetings with constituents.

Reversed Rescue founder Tye Friis played with two of his rescues in a play yard, including Goliath, an 11-year-old white, black and gray Great Dane who weighed 86 pounds when Friis got him.

Goliath’s former family dropped him off at the Castaic Animal Care Center in a U-Haul. He now weighs a healthy 160 pounds.

Friis also played with Bonsai, a one-year-old pit bull puppy born with cerebellar hypoplasia, a condition where the cerebellum fails to fully develop. As a result, Bonsai does not have full use of his back legs.

Friis also cares for a tube-feeding cleft palette puppy and a dual amputee dog with spina bifida. They care for fewer than 30 dogs.

“We always keep the number low so we can give them the best care possible,” Friis said.

Reversed Rescue works with the sheriff’s department on raids to collect dogs found at the illegal sites. Many of the dogs confiscated in the June raids have been adopted.

Friis welcomed Garcia and his team of volunteers.

“It’s always good to have people that are animal lovers but also involved in Congress, sheriff’s and stuff like that,” Friis said. “Usually you don’t get that.”

Garcia sets aside the second or third Saturday of the month for a Saturday of Service volunteer day of work in the 25th Congressional District. This month was in the Antelope Valley.

“It’s just our way of giving back,” Garcia said.

The congressman added that his campaign is based on the four Cs —  the Constitution, capitalism, competition and charity.

“I feel like everything that’s facing that country, every challenge that we have, every problem that we have can be solved by one of those four Cs,” Garcia said.

He added the Saturday of Service is a volunteer-run program.

“It keeps them engaged; it keeps the community benefiting from the service of people that want to do the right thing; it’s been very rewarding,” Garcia said.

“All of the Saturdays of Service we always do as a family,” Rebecca said.

“One Saturday a month we do something to help other people,” Lite said.

“We just try to think of something to get the community involved and for all of the volunteers to come together and spend time with one another in the off-season and have fun,” Lite said.

Reversed Rescue is holding a fundraiser to help with costs estimated at $60,000 to $100,000 to come into compliance with new regulations under the Significant Ecological Areas.

“For a small rescue that’s not cool,” Friis said