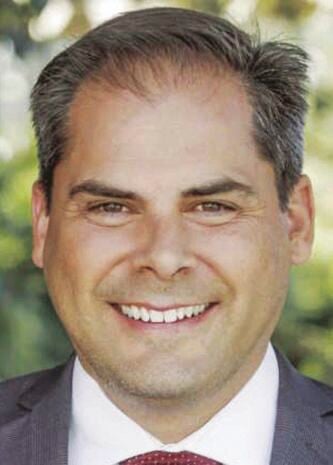 Republican Rep. Mike Garcia holds a 405-vote lead over Democratic Assemblywoman Christy Smith for the 25th Congressional District seat, according to the most recent post-election update.

Approximately 35,340 ballots remain to be counted in Los Angeles County, with 1,594 ballots left to be counted in Ventura County. It was not clear Wednesday how many of those ballots are in the 25th Congressional District.

Garcia declared victory in the race on Friday night with thousands of ballots left to be counted in both counties.

“After a long, tough fight, I am proud to earn the privilege of serving CA-25 for another 2 years. With only a few remaining ballots to be counted, victory is clear,” Garcia said in a statement.

“A tip of the hat to Christy Smith who ran an excellent and aggressive campaign. Running in these elections is difficult, and she did it with grace. I extend this compliment to all 18 opponents I faced in the last 12 months who also were compelled to serve with hopes to represent this beautiful district.”

“Patience is a virtue,” Smith tweeted shortly after Garcia’s statement.

Smith later released her own statement on Friday called Garcia’s declaration of victory “dangerous to our democratic process.”

“With a mere 400 vote margin and thousands of ballots outstanding, election officials are diligently working to process ballots and accurately count all outstanding votes to ensure our communities are heard, and this race remains too close to call,” Smith said. “The Congressman’s decision is wholly inappropriate, and disrespectful of those who have taken the time to vote this year. Our county officials and Secretary of State Alex Padilla have done a phenomenal job of protecting every voter’s right to be heard in the most challenging election of our lifetime. We owe them and especially our voters our continued patience as the process is completed.”

The race has remained close since election night.

Smith took a 1,287-vote lead on Nov. 9 after trailing by 432 votes at the start of that day’s count. Garcia regained the lead Nov. 10, pulling 159 votes ahead and has led at the end of each day’s count since then.

Garcia defeated Smith in a May 12 runoff election to fill the final seven and a half months of the term of former Rep. Katie Hill, D-Agua Dulce.

Hill resigned in October 2019 following the release of nude photos of Hill in online conservative outlets and allegations of an extramarital affair with a staff member. Hill denied the allegations of a relationship with a congressional staffer as the result of a divorce from an abusive husband, but admitted to one with a campaign staff member.

The seat had long been held by Republicans until Hill’s 2018 victory over then-Rep. Steve Knight, R-Palmdale.

The winner of the Nov. 3 election will represent the district for the next two years.

This was great, I have been researching for a while now, and I think this has helped. Have you ever come across Besthealthherbalcentre Amyotrophic Lateral Sclerosis HERBAL FORMULA (just google it). It is a smashing one of a kind product for reversing ALS completely. Ive heard some decent things about it and my buddy got amazing success with it.