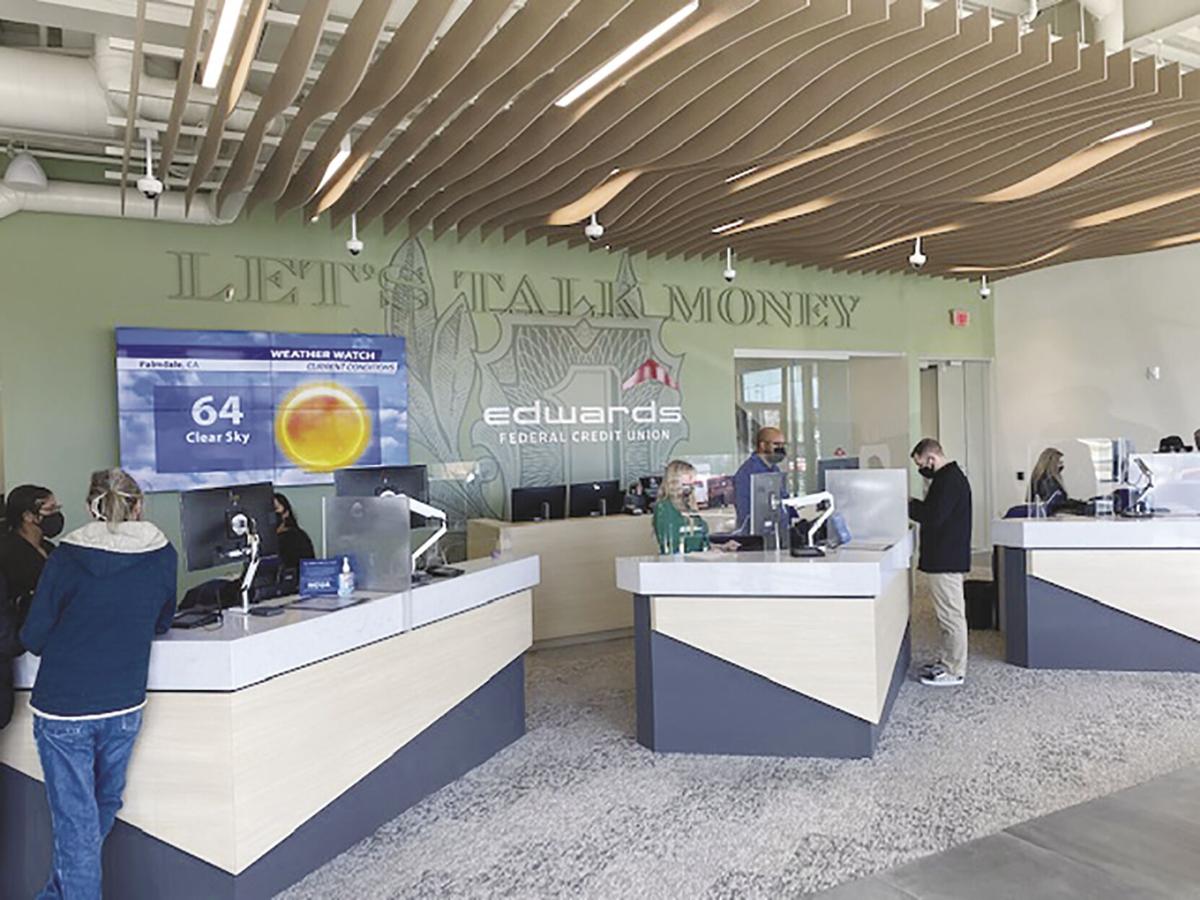 Edwards Federal Credit Union members can conduct transactional business at any one of six stations in three separate pods in the lobby of the new flagship branch and administration building at 39963 10th St. West in Palmdale. 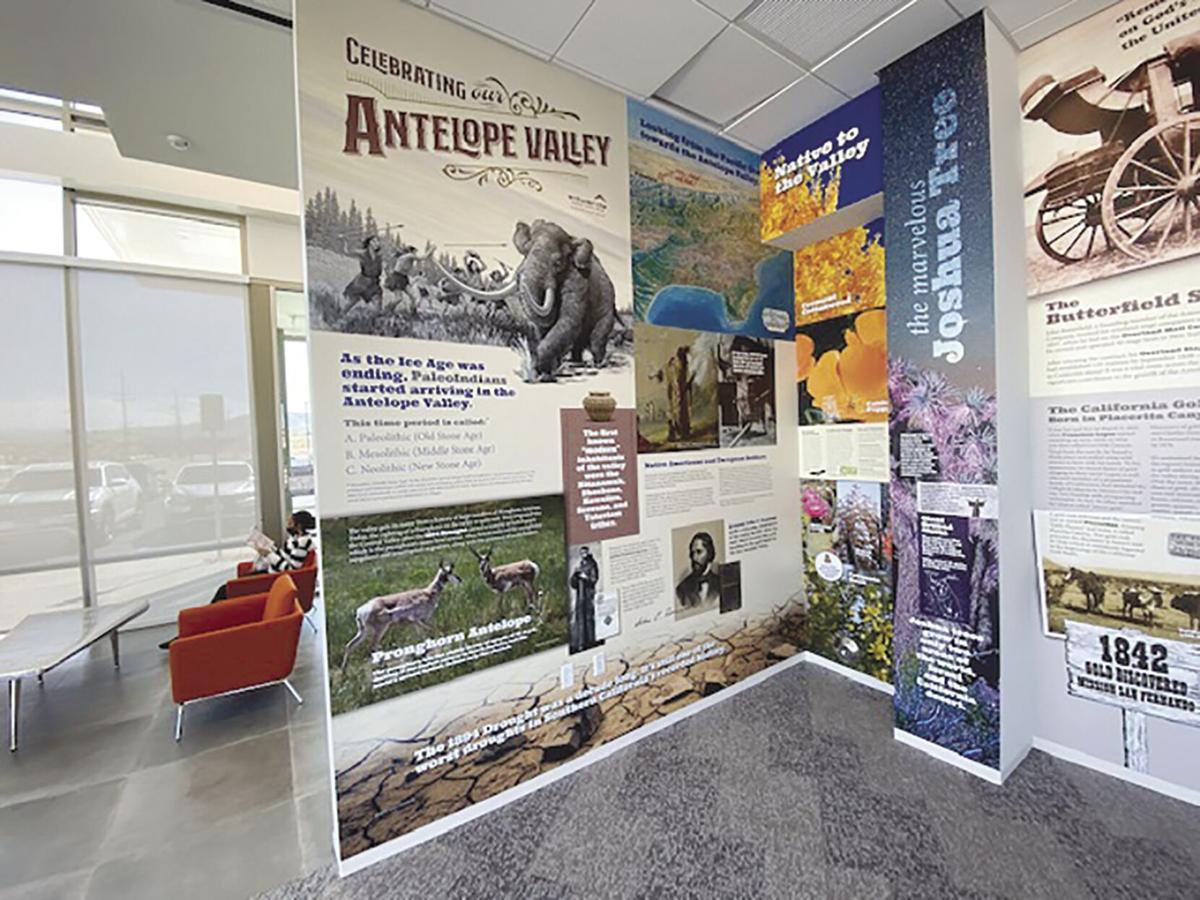 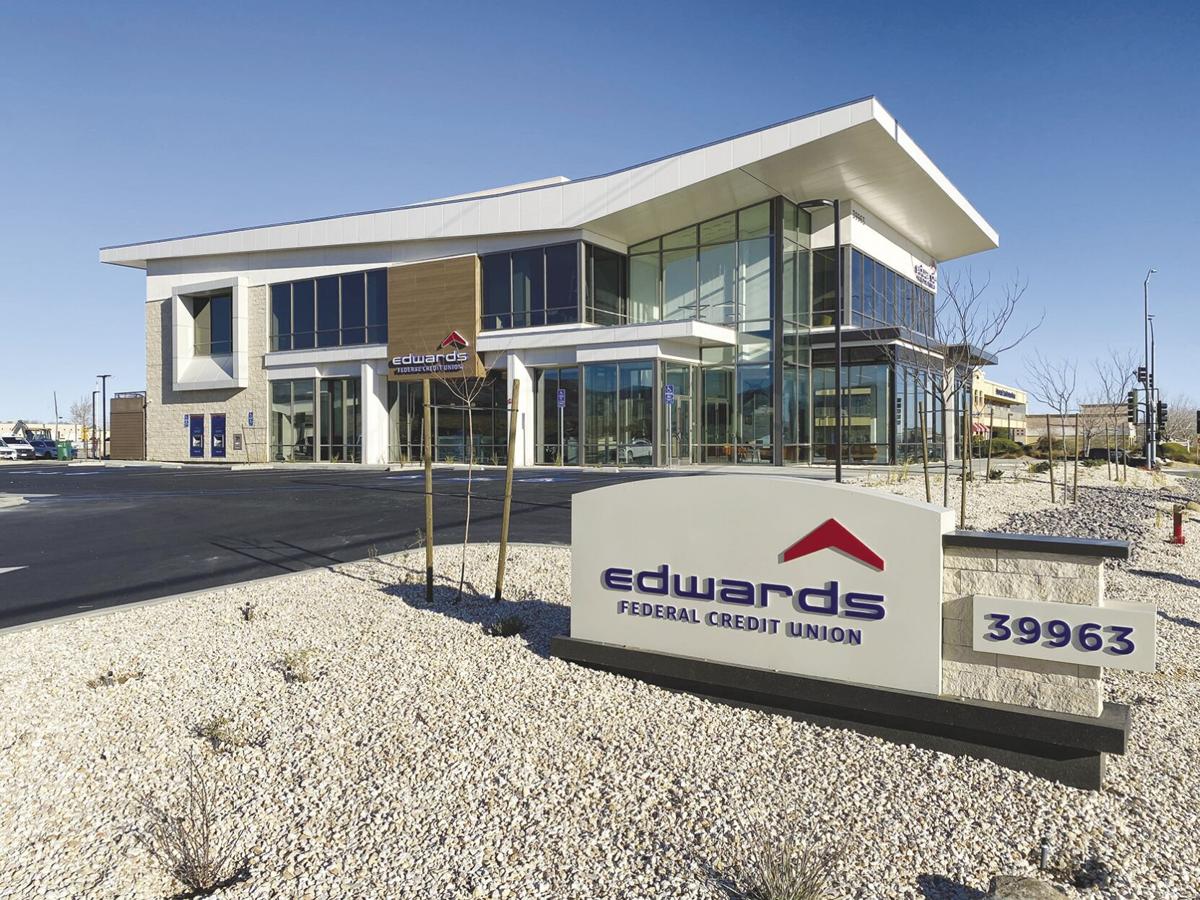 Edwards Federal Credit Union members can conduct transactional business at any one of six stations in three separate pods in the lobby of the new flagship branch and administration building at 39963 10th St. West in Palmdale.

The two-story, 14,118 square-foot building at 39963 10th St. West features a state-of-the-art design for financial institutions. Members can conduct transactional business at any one of six stations in three separate pods located in the lobby.

Anyone in the Antelope Valley can join the credit union.

“We are a community-based credit union,” President/CEO Roy MacKinnon said in a telephone call.

Edwards Federal Credit Union is a full-service not-for-profit financial institution serving the Antelope Valley. It is the only credit union headquartered here.

“In our mind, we’re the real deal,” MacKinnon said.

The credit union worked with the design-build firm Level 5 specialists in building projects for the financial services industry. The building and furniture cost nearly $8 million. More than $4 million was spent with local contractors and trade workers during the project.

MacKinnon said they were committed to putting people to work in the Antelope Valley.

The Muroc Room will be available to groups for meetings, seminars and other community activities. By making the room available to community groups, it also helps expose the credit union to the community.

“We hope to foster some good will to the community,” MacKinnon said.

The fully equipped audio/video room can also be used for staff training.

“With full audio video capabilities including overhead projection to an 80 inch drop down screen, we believe this room will be very popular for community events” Ronald Guyadeen, chairman of the Board of Directors, said in a statement.

The original concept for the building included a community coffee shop. But then the COVID-19 pandemic hit.

The space is now a museum celebrating the Antelope Valley. Eight wall panels created by Joe Sacco of the Sacco Group celebrate the history, people and beauty of the Antelope Valley, from the early settlers to the railroads and stagecoaches. The panels also pay tribute to the credit union’s heritage and founding in 1962 on the Edwards Air Force Base. Visitors can learn the story behind the name Muroc from the mural.

When it is safe to do, MacKinnon looks forward to welcoming field trips so local students from grade school to high school can learn age-appropriate financial information.

“For all of those age groups, as we give them a tour of the building, we’ll show them the museum,” MacKinnon said.

In addition to its stylish exterior, the building features things you are not likely to see in any staid financial institution. For example, the call center is known as the Game of Phones room. The janitor’s closets are called “scrub hubs.” A sign on the door for the copy machine says “Go forth and multiply.”

“We have fun signs throughout,” MacKinnon said.

There are also lots of Easter eggs throughout the building.

“Some of them are quite buried and you might miss them if you weren’t thinking about it or looking for them,” MacKinnon said.

The credit union closed its longtime Lancaster branch after the new building opened. MacKinnon said the financial institution is committed to serving customers in Lancaster. They will, when fiscally feasible, reopen a smaller footprint branch in Lancaster in about two years.

“We know that we have a lot of customers who were disappointed that we were leaving because of the convenience to them,” MacKinnon said.

The goal over the next three to five years is to have more branches in the Antelope Valley.

The branch is open from 9 a.m. to 6 p.m. Monday through Friday and from 9 a.m. to 5 p.m. Saturdays. The credit union has four exterior ATMs: two walk-up and two drive-thru available 24/7 to everyone.