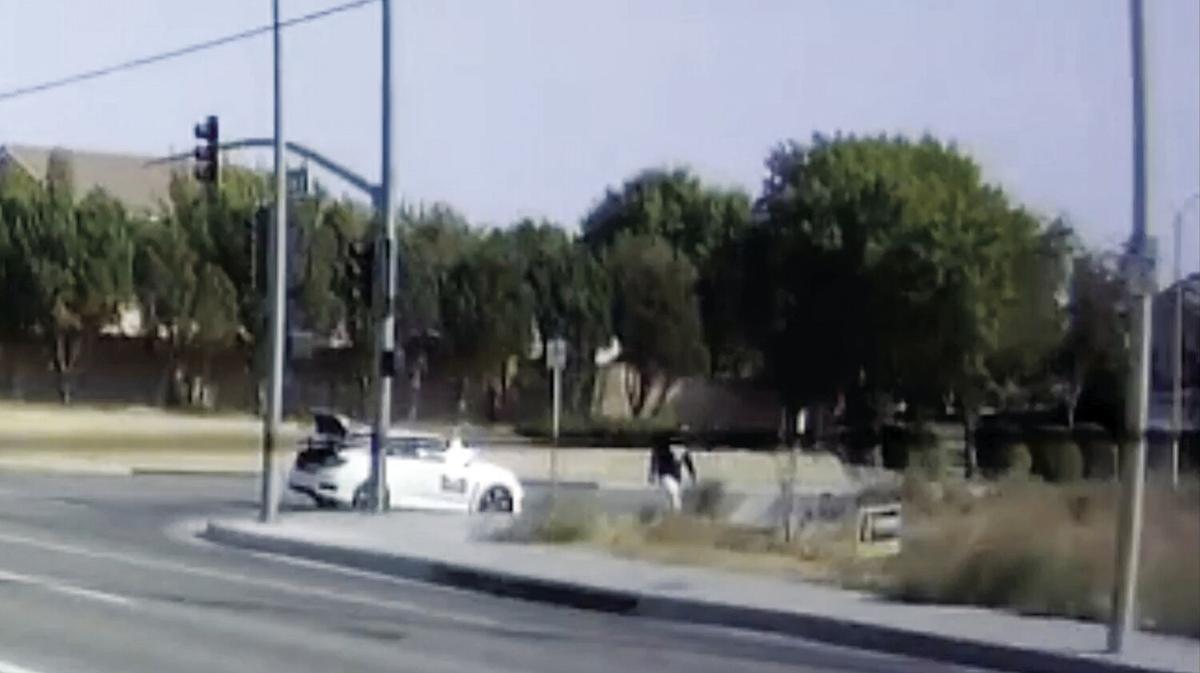 An unidentified person approaches a campaign sign Oct. 16 at 35th Street West and Avenue J before allegedly stealing it. The nearby car has a green campaign sign supporting Antelope Valley Union High School District Board candidate Miguel Coronado affixed to the door. 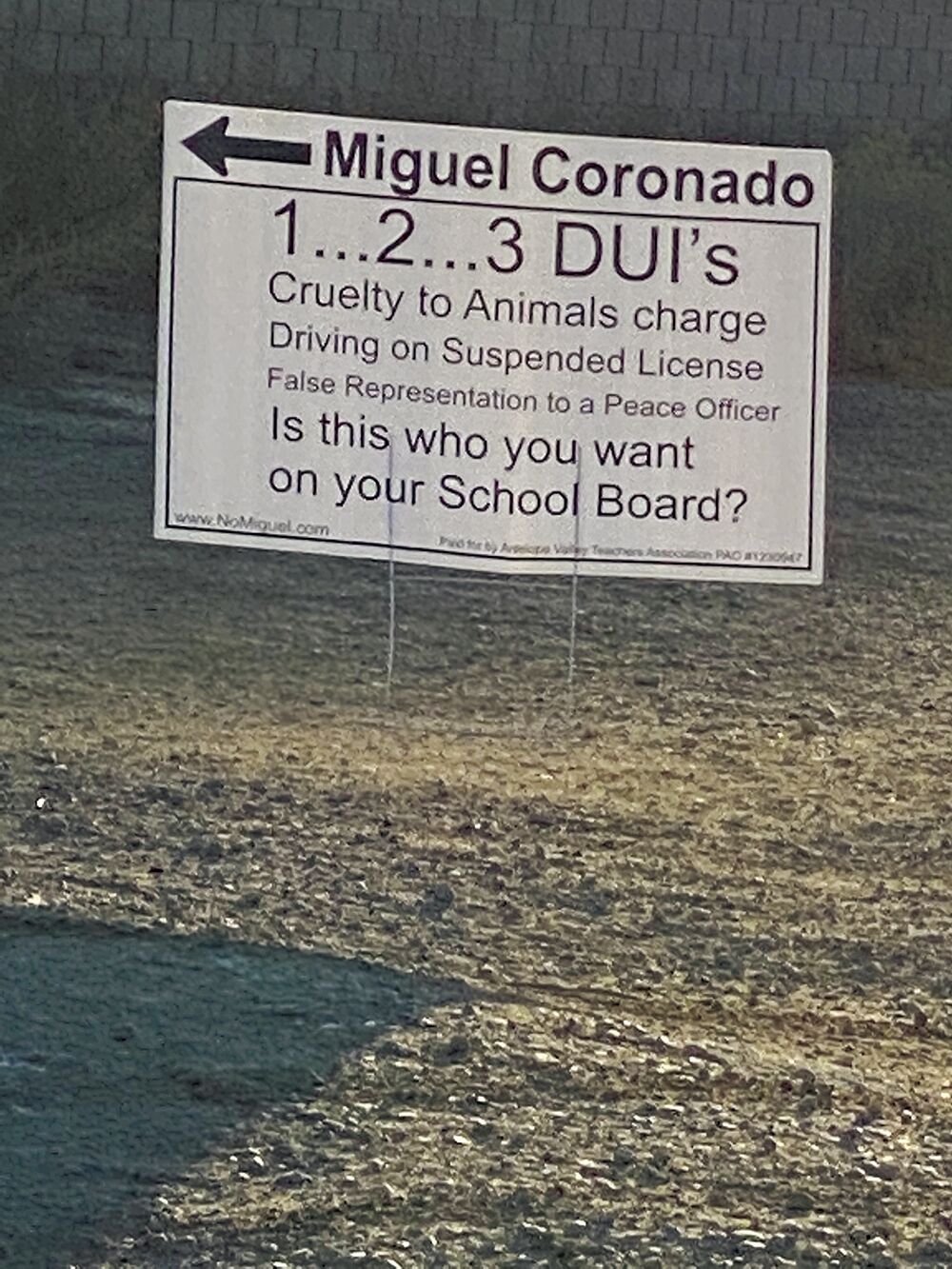 This sign attacking Antelope Valley Union High School District Board candidate Miguel Coronado references what he has called his past mistakes.

An unidentified person approaches a campaign sign Oct. 16 at 35th Street West and Avenue J before allegedly stealing it. The nearby car has a green campaign sign supporting Antelope Valley Union High School District Board candidate Miguel Coronado affixed to the door.

This sign attacking Antelope Valley Union High School District Board candidate Miguel Coronado references what he has called his past mistakes.

Coronado is challenging incumbent Board Clerk Jill McGrady for the Trustee Area No. 2 seat. The other challenger is Sandy Carpenter.

A motorist’s dash cam caught a white Honda Civic with its trunk open and a green Coronado campaign sign affixed to the door and a stocky figure in a dark top and long white shorts at the corner of 35th Street West and Avenue J walking toward several campaign signs on Oct. 16.

One of the signs is Coronado’s large green campaign sign. The AVTA Political Action Committee put up a sign next to it targeting Coronado. A large black arrow points to Coronado’s sign. The AVTA sign includes details of Coronado’s troubled past and a reference to the nomiguel.com website. The motorist turned around and drove by the same intersection again as the Honda drove away. The AVTA sign was not visible and was apparently knocked down.

Coronado has acknowledged his past mistakes. He defended himself against the attacks in an Oct. 14 video posted to his Facebook page.

”The people out there that everybody knows that’s haters, you’re supposed to do that,” Coronado said in the video. “You are part of the mission that I’m on. I cannot succeed without you. You are literally part of it. So if you don’t hate on me, if you don’t say anything negative about me, even about my past, whether it’s five years ago, 10 years ago, 15 years ago, 20 years ago, it doesn’t matter. You cannot use that stick to hurt me. You cannot use my past to hurt me.”

Coronado predicted victory. Speaking to the camera, he also put in a word of caution presumably to the existing AV Union High School District administration.

“I’m a threat. …Your little soft spot that you have had for over 20 years, it’s going to come to an end,” Coronado said. “And if you or anybody else thinks that Dr. Ruffin is tough, if you think Dr. Ruffin is rough, you haven’t seen nothing yet.”

Coronado is the founder and executive director for Agents of Change, a nonprofit educational leadership and public service organization through which he has helped many students achieve their college dreams.

Coronado sought to secure a contract with the District last year according to emails obtained via a public records request.

Coronado’s wife, Rene Coronado, made a presentation before the Board at the March 14, 2019, meeting.

Much of what the group offered appeared to be a duplication of services already offered by District employees.

McGrady asked at the meeting wheth­er they would come back before the Board with a program or contract for services, as has been the practice last year with other friends and associates of the Board majority.

“We would love to have a program but as of now we don’t have anything set,” Rene Coronado said at the time.

In a  March 26, 2019, email to Ruffin, Coronado forwarded a monthly budget proposal for April through August 2019 for $27.375.  The breakdown was $20,000 for a counselor and $5,000 for a mentor, presumably for each of the District’s eight comprehensive campuses and SOAR High School.